The MSI Prestige 14 Evo is one of the latest notebooks on the market aimed at delivering a fast and productive experience for its users. This is not a hardcore gaming notebook. Instead, it is built for those who need a great battery, enough performance to edit family videos and photos and handle your everyday workload. It is also a 14-inch notebook but packs a 1080p IPS display. A big selling point on this notebook is its CPU which is an Intel Core i7 1185G7 combined with an Intel Iris Xe GPU.

You can already gather that the notebook isn’t your high-end option due to the specs and performance but rather, this device is set to challenge the likes of the MacBook and other “productivity” notebooks on the market. Unfortunately, while it aims to challenge the competition, it loses in its battle against them in many aspects. 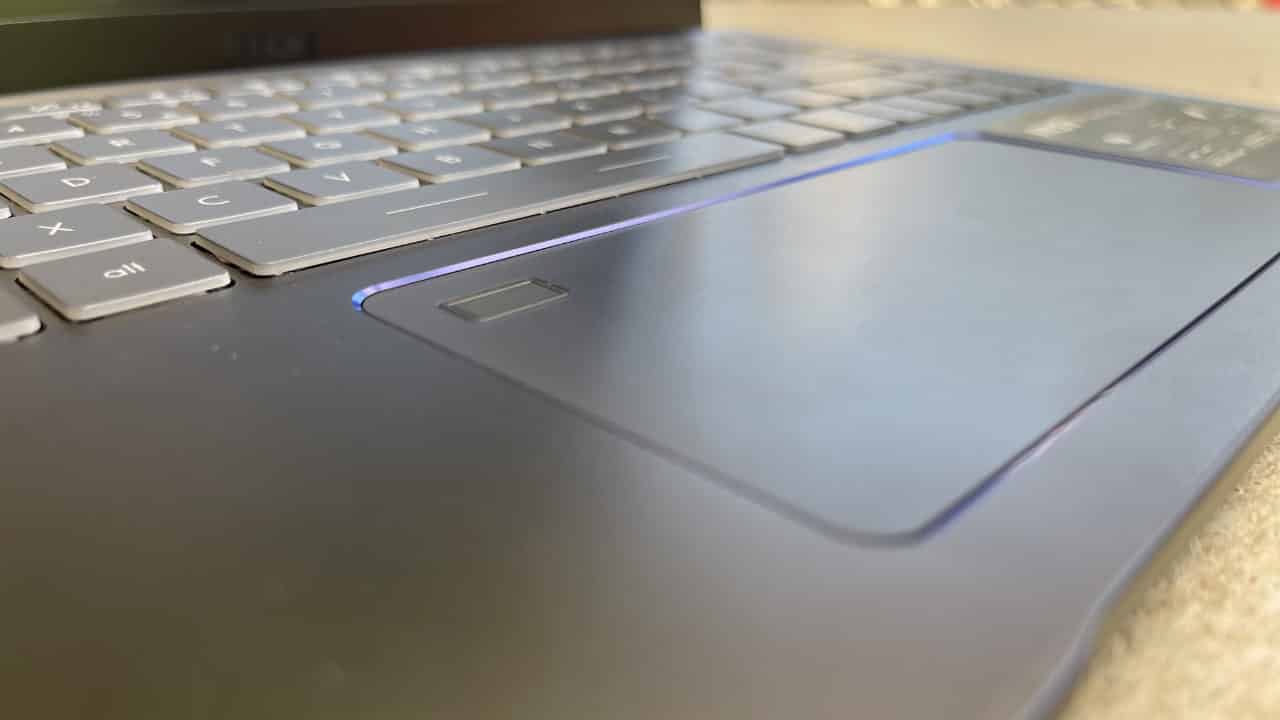 There isn’t anything spectacular about the MSI Prestige 14 Evo when it comes to the design. I don’t think it has to be either. The notebook is sleek, features MSI’s new non-gaming logo, packs a backlit keyboard and a fairly large touchpad which is great for gestures. It is also made from a very lightweight metal that acts as a shell. So much so that the device actually feels plastic at first touch. While the bottom is plastic, the top and keyboard area is this lightweight metal.

1.2kgs is quite impressive for a notebook and this could only be made possible by using the materials on this MSI Prestige 14 Evo. The device also boasts this cool blue trim across some parts of the shell. This chamfered trim can be found on the top and surrounding the trackpad. Port selection is okay. There’s no HDMI port so keep that in mind. You will find two USB C ports on one side and the MicroSD, USB A and headphone jack on the other end. One of the USB C ports are also used to charge the notebook. This is done with the hefty 65W charger. 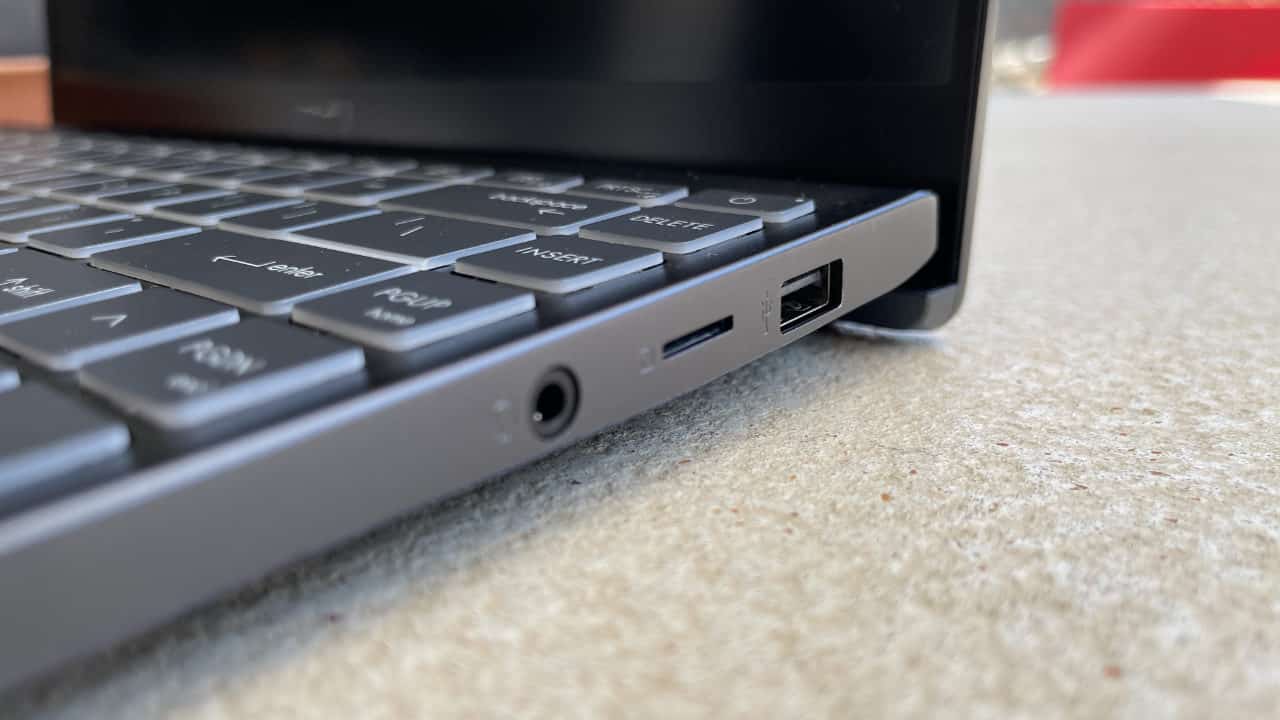 The user experience of the MSI Prestige 14 Evo is great. The divide tilts upwards slightly when open as the lid acts as the legs to prop it up. The notebook’s sleek and small design also fits everywhere and can be taken with you during the day. I wasn’t a huge fan of the black design of this notebook in all honestly. Especially considering that there are Rose Pink and Pure White models on the market. I can only imagine how great this looks in those other non-cliche shades of colour.

The black shell also means it is an absolute fingerprint magnet. So much so that I even had smudgy handprints all over the model from the previous reviewer (eww). It is also important to mention that the device features palm rejection on the touchpad. Meaning I could type with my pam rested on the large pad without it thinking I am moving the mouse. 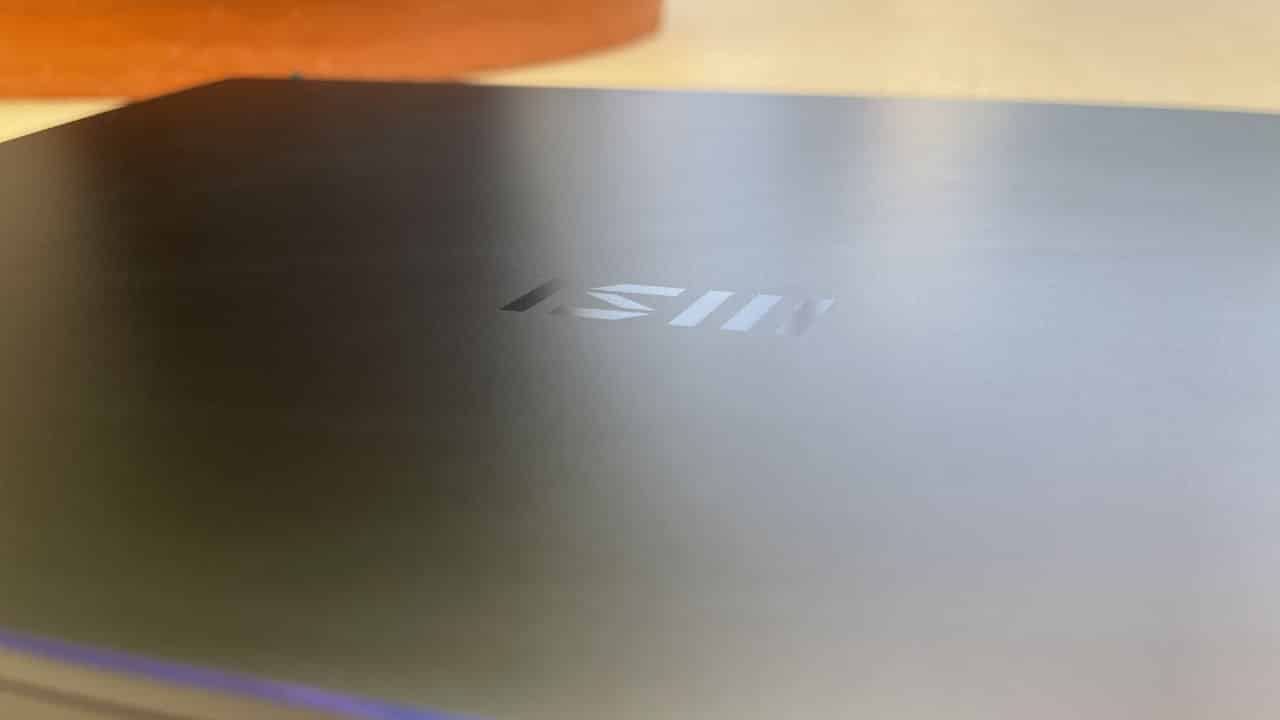 For R22,999 you get what you pay for on the MSI Prestige 14 Evo. It aligns itself with a lot of similar notebooks with similar performance making this a tough competitor on the market. Its closest competitor would be the MacBook Air with the phenomenal M1 chipset that comes in cheaper than this MSI Prestige 14 Evo at R16,999. The MacBook Pro is the same price but cuts the storage down to 256GB compared to 1TB.

There’s also the Huawei MateBook 14 that is R24,999 and boasts much better performance and a fantastic display compared to this MSI notebook. You can also get an ASUS ZenBook 14-inch OLED model for R19,999. As I said, this MSI Prestige 14 Evo isn’t really that fantastic when you compare its direct competition that offers better notebooks with cheaper price tags. 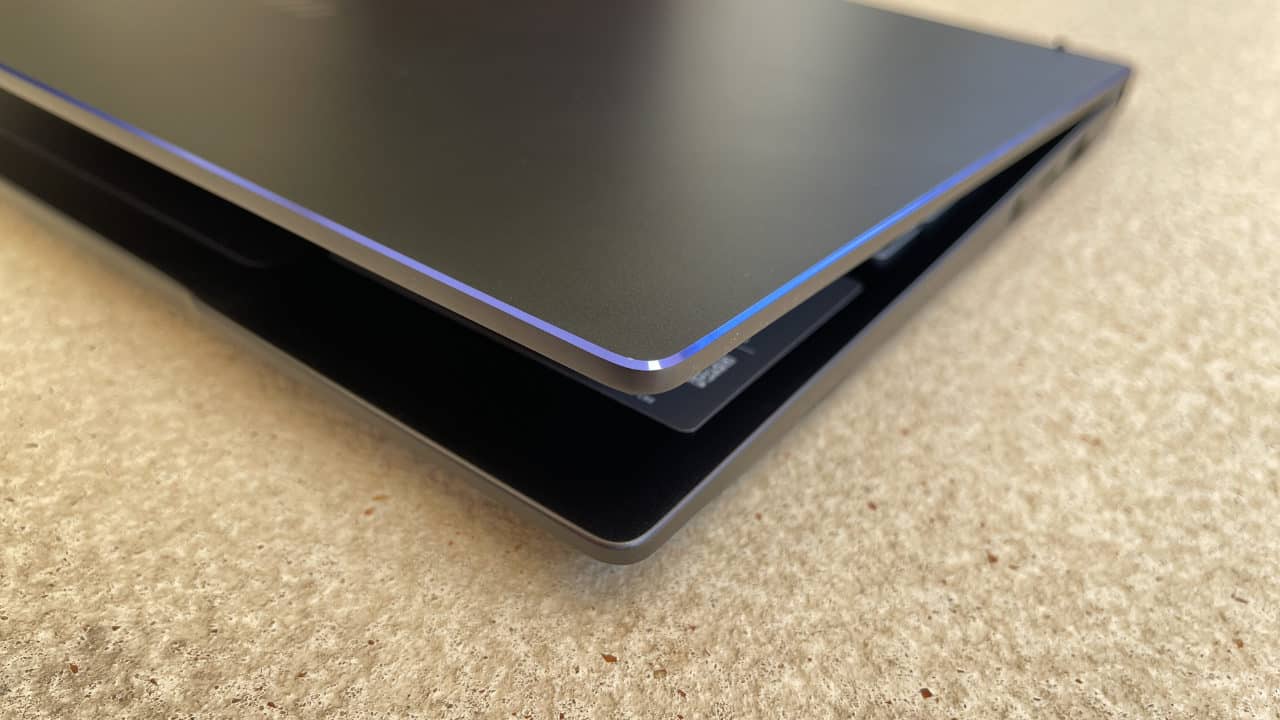 One thing that does make the MSI Prestige 14 Evo stand out is the “Evo” classification. This means the notebook promises “all-day” battery life and an almost instant-on wake time. This also means the device can handle most of your everyday tasks be it web browsing, MS Office, video streaming, Zoom calls etc. My experience with the MSI Prestige 14 Evo was much in line with other devices I have mentioned above. It is perfect for someone who just needs a notebook to do “stuff”.

I do need to mention that on paper and when comparing the scores, the Apple M1 chip surpasses this MSI Prestige 14 Evo by a landslide. The M1 chip is a tough one to beat by Intel these days and unfortunately, this notebook is another Windows device that can’t keep up. Scores are as follows: 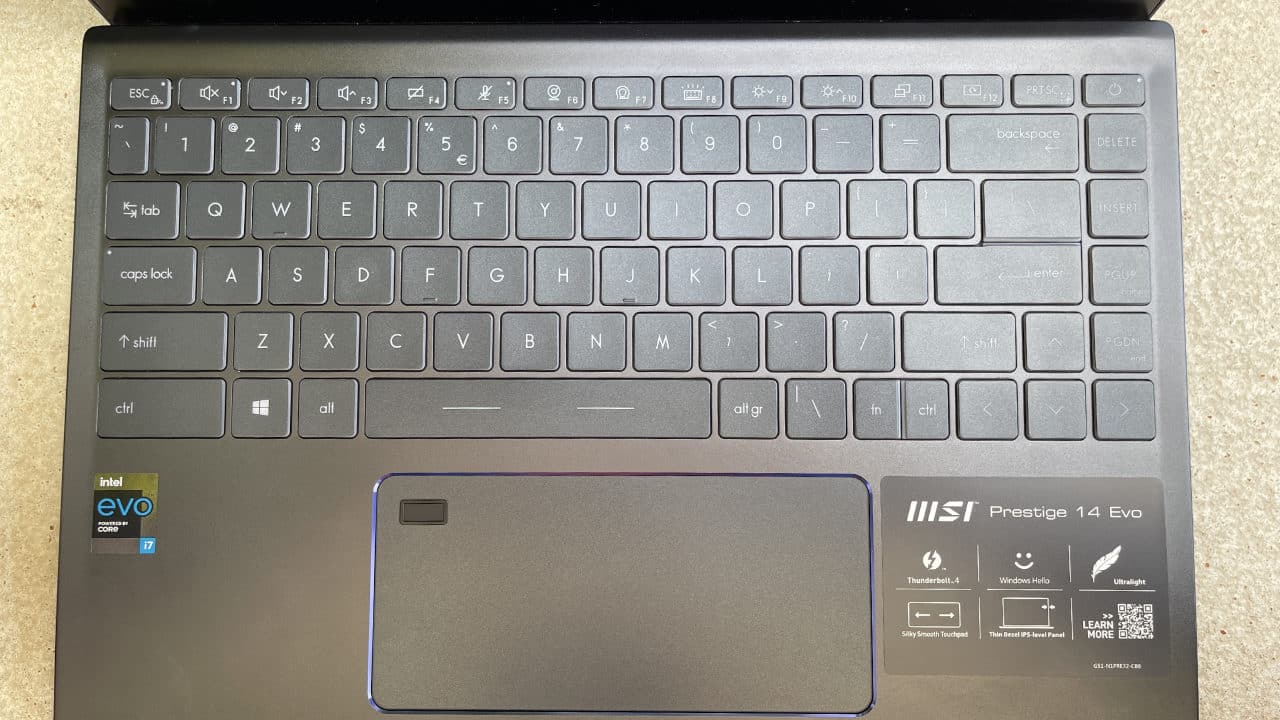 The MSI Prestige 14 Evo can game even with its Intel Iris Xe GPU. This is not my first taste of Intel Iris Xe gaming as the Huawei Notebook also packs the chipset. However, scores were pretty much the same as the notebook on the games I ran.

Running these games provided enough strain on the notebook to enable the fan and the noise wasn’t too bad. Without gaming or running tests, I barely noticed the sound of the fan and often it wasn’t even turned on. I don’t think the fan noise will bother anyone.

It also helps that the device doesn’t get too hot. The hottest it got to during heavy testing was 90-degrees celsius. The clock speeds of the CPU dropped to around 2.2GHz in order to throttle the device and keep it from overheating. However, the device was still fully operational during this time. It means that even if you’re gaming or exporting a movie, you won’t experience any limitations in performance due to this high temperature and throttling. 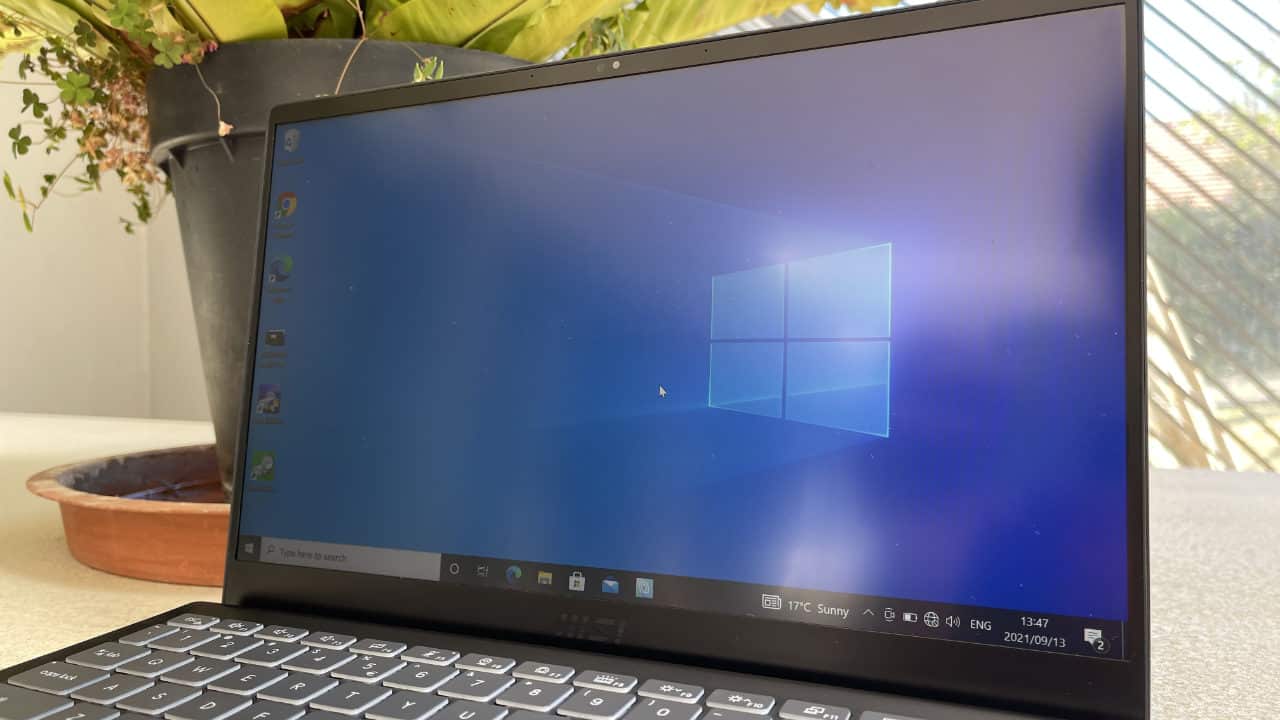 I do want to mention the display which isn’t great at all. This 14-inch 1080p IPS panel is box-standard and looks ancient. It is definitely one of the worst aspects of this device. Again, you can compare this notebook to the competition and they knock it out of the park in terms of display quality. This 60Hz panel is just not amazing. It hit just over 300 nits of brightness which isn’t great at all for a notebook. The colour was good though and it provided 99.3% sRGB coverage. Just know that if you’re outside or in a bright area, this panel struggles to keep up.

While the device is Evo Classified, the battery life is also not the best. I got six hours of straight work with the brightness on 60%. It would drop down to 4 hours with max brightness. Sure, you could get a day here but it would need to be on 10% brightness with battery saver on. Not the way you should be working on a notebook. It does charge nice and fast at least with only around 1.5 hours from flat to full battery. 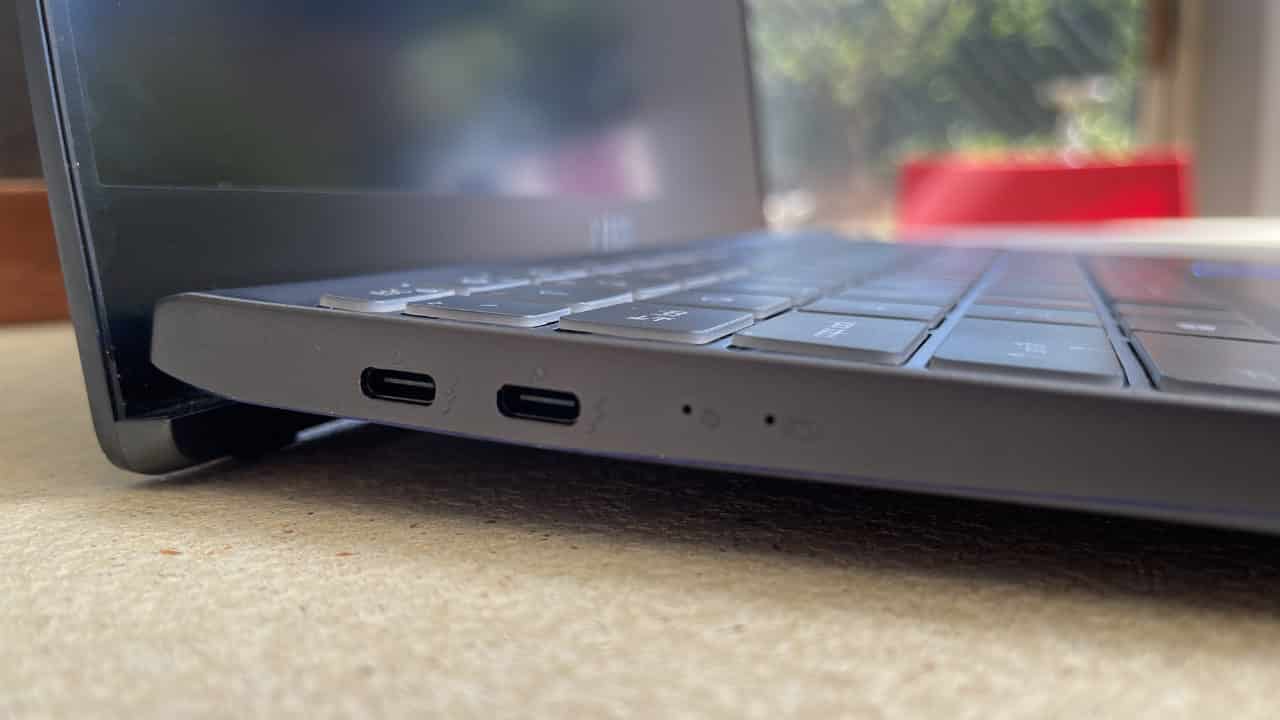 Lastly, the speakers are decent. They provide some okay sound for a notebook and will be okay for video streaming and everyday use. If you appreciate music and sound, you would want to use a headset because they don’t have the detail by any means.

The MSI Prestige 14 Evo is a hard sell. Compared to its competition, you are better off going elsewhere for something that delivers much more value. The price tag on this notebook is just too high to warrant its purchase. The display is dated and the design is okay. Sure, it has the performance but other notebooks come with much better packages than this and are often cheaper.

This MSI Prestige 14 Evo review was based on a loan unit sent to us by MSI. It is available in SA starting at R22,999.