This year’s edition of NBA 2K is a worthy entry as far as sports games go. Building on their already solid reputation of recreating a realistic basketball experience, 2K Games has made some improvements. In addition to the slight gameplay changes, NBA 2K20 is the first year where WNBA teams are playable. NBA 2K20 also boasts a star-studded cast in the MyCareer story mode which is grounded in reality and fun to experience. However, as per usual with NBA 2K, it is bogged down by micro-transactions in both trying to establish your MyPlayer as an NBA great, and in the MyTeam game mode.

The gameplay in NBA 2K20 feels incredibly life-like! This is due to a responsive mechanics system which allows players to make dribble moves towards the basket, make effective off-ball cuts and court movements smoothly and freely. Furthermore, the use of the sprint button has become of great use in NBA 2K20. Players have the ability to blow by slower defenders when timed correctly. It is extremely satisfying to witness a player like Russell Westbrook drop his shoulder and drive to the basket as he does so in real life. On the defensive end, getting steals and blocks are of a more reasonable difficulty in comparison to previous years. The blocking and steal animations feel a lot smoother and realistic, while not being overly difficult to execute. 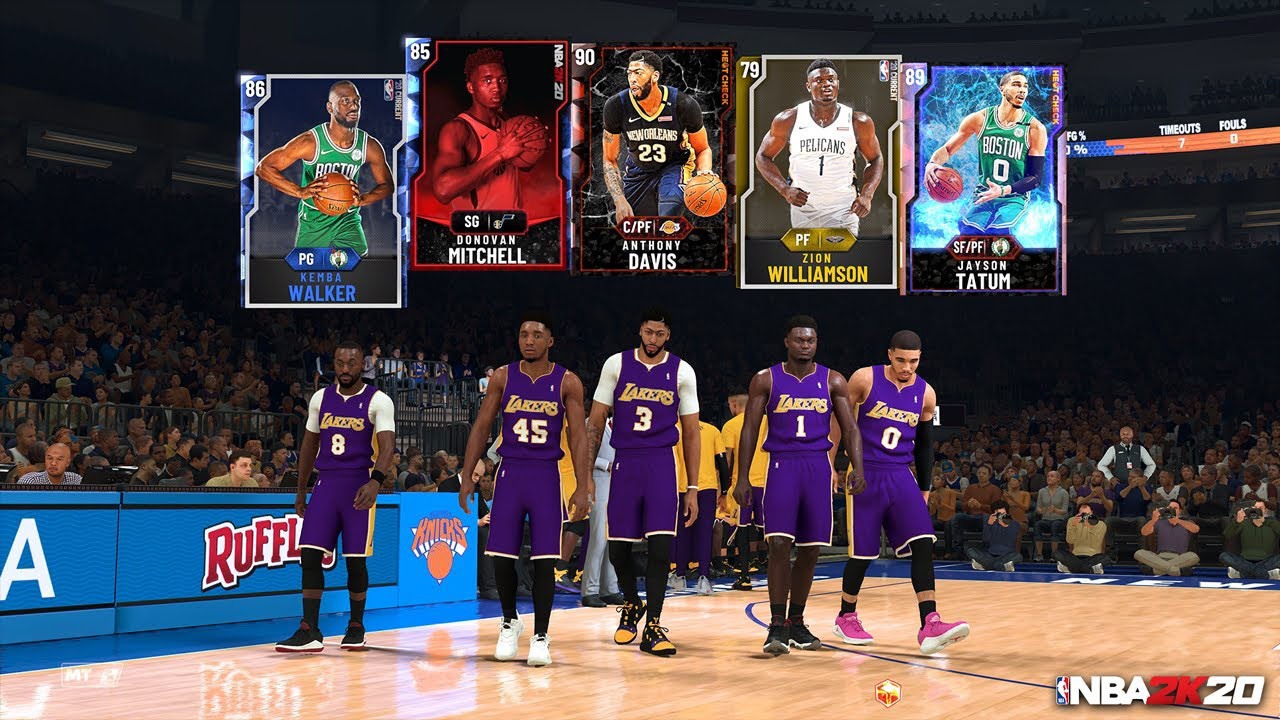 The MyCareer mode story, titled “When the lights are the Brightest” is produced by non-other than Lebron James and features actors like Idris Elba, Rosario Dawson and Lamorne Morris. With the brilliant cast and cameos from Scottie Pippen and Kemba Walker, this story will have you following along closely in between the inclusive action of trying to find your way onto the big stage of the NBA. The inclusion of the NBA Combine’s mini-game is a nice touch for fans to see the work that goes into becoming an NBA player! It is also a fun change of pace from usual gameplay of on-court battles ranging from one-on-ones, three on threes and lifeless pick-up games in an empty gym. 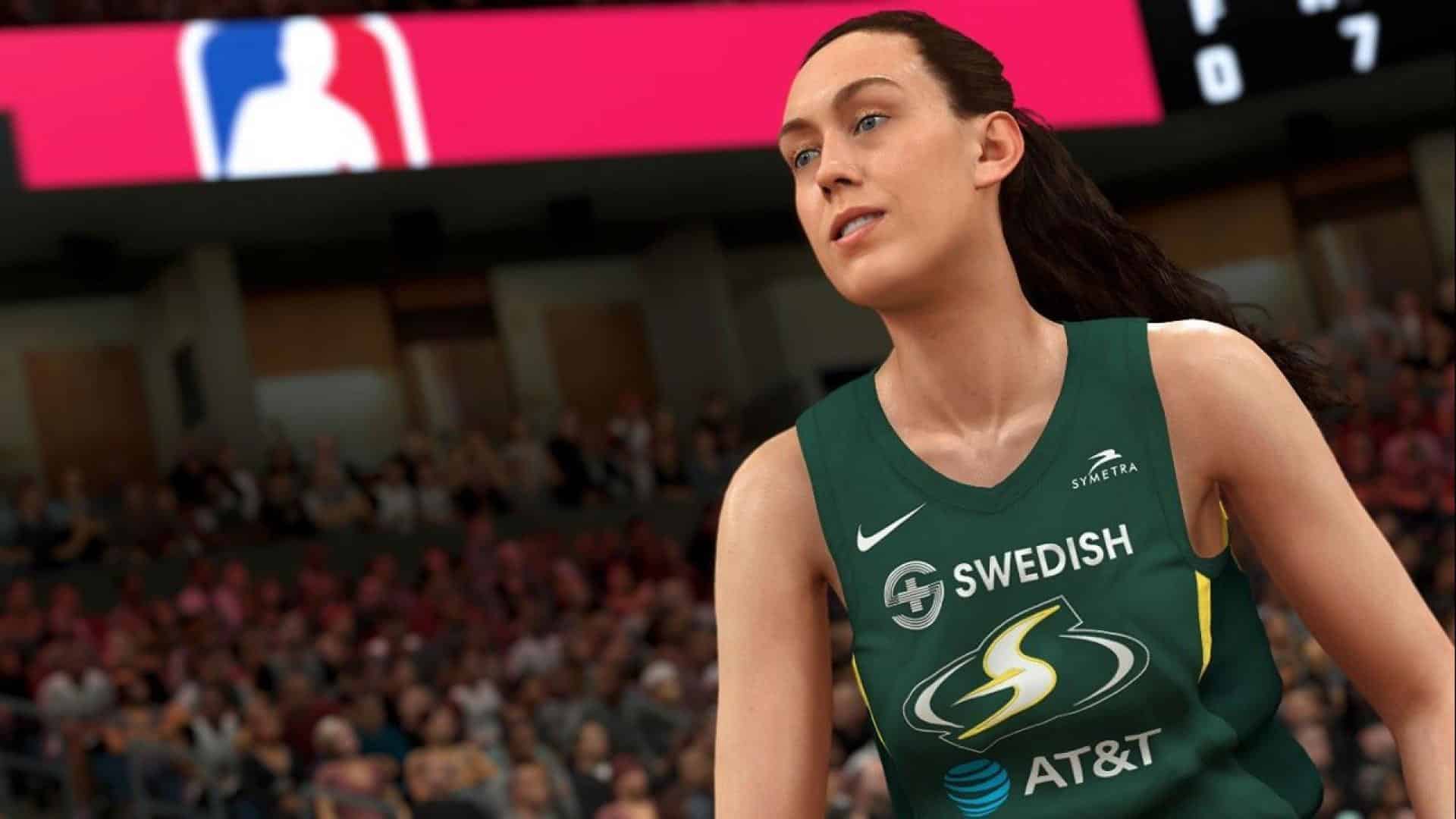 Despite this, after being drafted into the NBA, MyCareer returns to the repetitive game-after game format, with mundane practices in-between that we’re used to from 2K. The only way to get your MyPlayer to that GOAT (greatest of all time) status is to put in those hours of tedious play, doing the same thing over and over again… Unless of course you finally submit and purchase the virtual currency (VC) to boost your player’s skills and abilities.

Unfortunately, NBA 2K has a habit of leaving us with a feeling that they want you to, or are baiting you, to fork out large sums of cash in order to progress at a reasonable rate throughout their different game modes. This is also witnessed in MyTeam. This mode enables a form of creativity and imagination as players can put together a team from past and present NBA players with various skills and upgrades to these players. 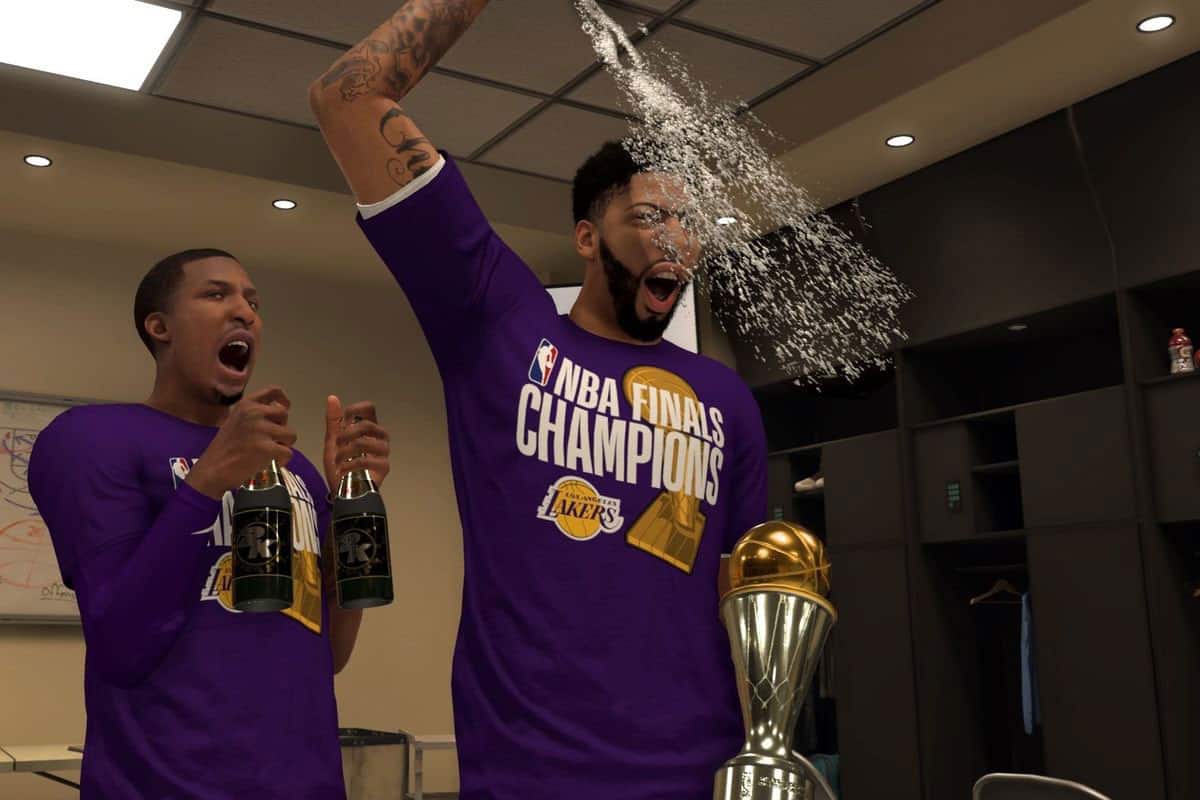 The range of challenges and types of games within MyTeam are great and display a sweet variety between three on threes, full competitions and mini-challenges against the CPU, or you can verse other 2K players online- with customisable courts, skills, uniforms, logos etc. However with its casino type theme – (which is a cause of concern for the younger players of 2K) the ability to upgrade and equip your team effectively has been compromised by opportunistic player upgrades being dependent on VC.

Player’s arms are twisted into buying VC and upgrade card packs as 2K takes advantage of each upgrading form and charges ridiculous amounts of virtual currency to purchase them; an obvious means for a cash-grab. Similar to MyCareer, the nature of the game makes it difficult for players to win or get ahead in reasonable playing time without having to pay out real money. 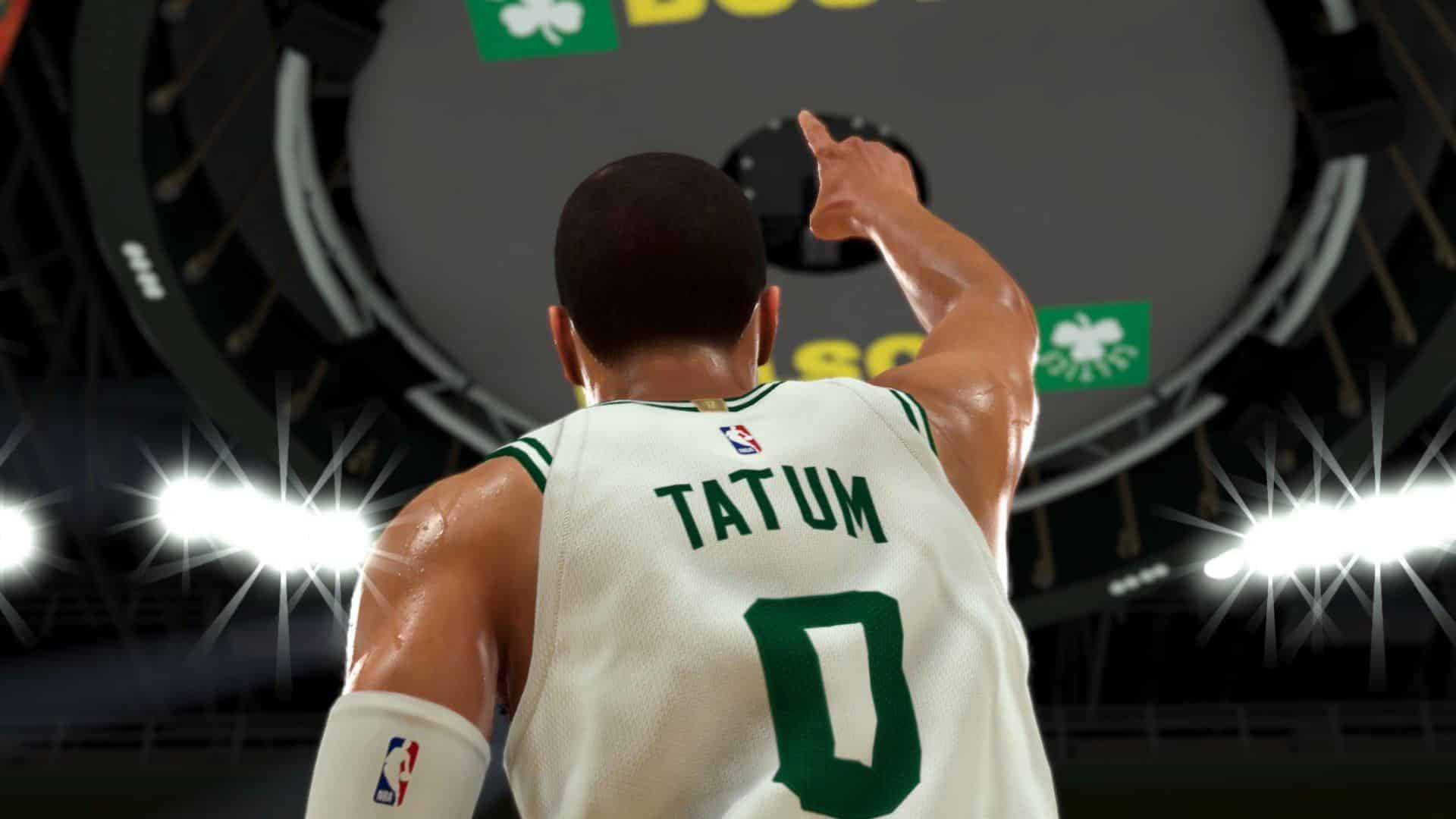 The WNBA aspect of the game is a brilliant inclusion for all basketball players and fans. We are given the exposure to a host of superstars and type of basketball which handles amazingly on this game’s mechanics system. Unfortunately, WNBA players are not yet included in the streetball mode of Blacktop and neither are WNBA teams available in online modes; only local play. Perhaps this is something to include in future iterations of the game.

In conclusion, NBA 2K20 excels in its ability to reproduce a life-like simulation of the sport of basketball The creativity and resources used in bringing about an immersive MyCareer story mode in “When the lights are the Brightest” are welcome. The inclusion of the WNBA opens up a new passageway for 2K and its huge fan base to walk through- it should be interesting to see where they go with it. Micro-transactions really take the player out of the game and are limiting in a massive way.

NBA 2K20’s court gameplay should keep fans happy for now, however, the monetisation of certain aspects of the game are a disappointment.