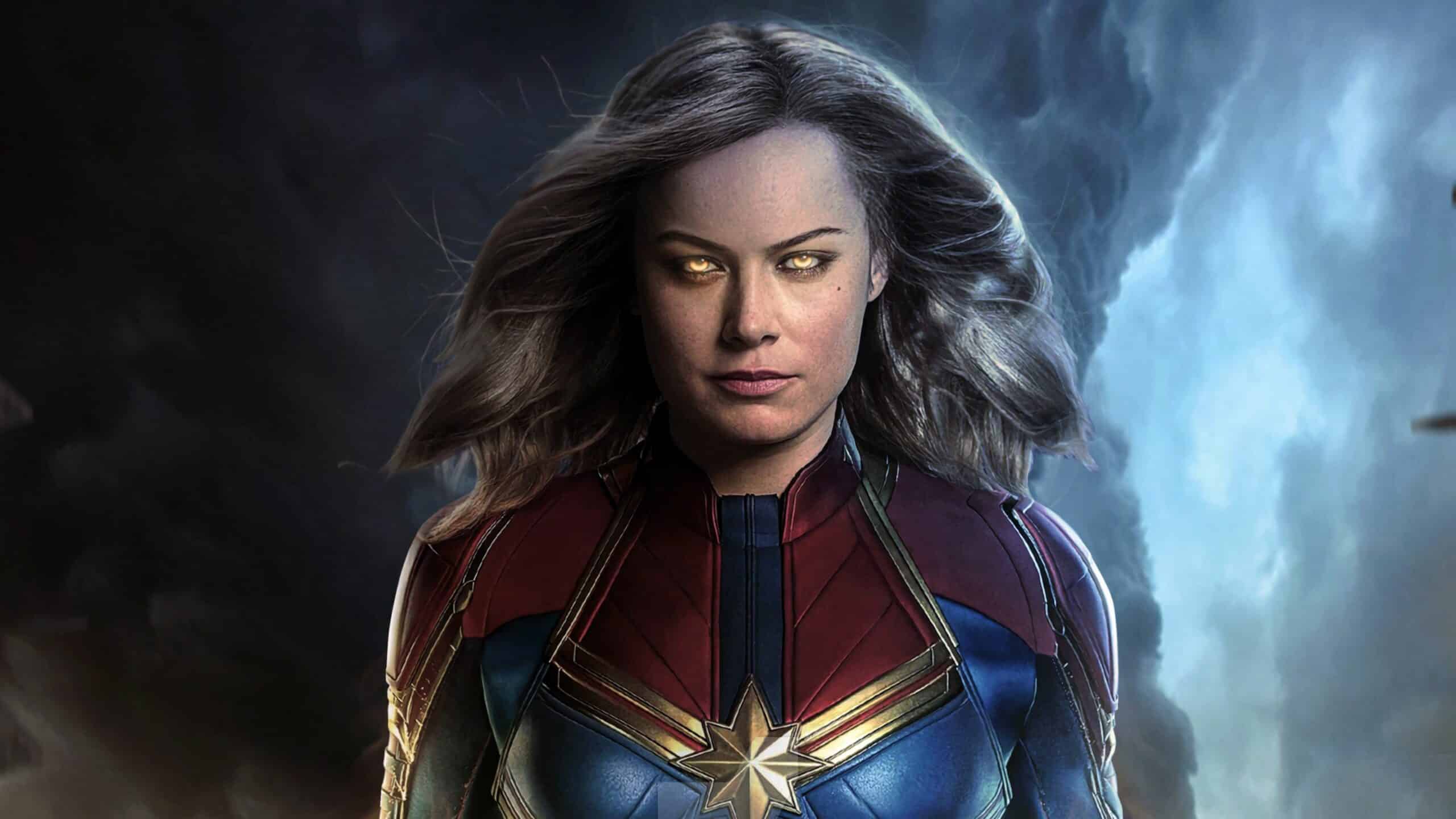 Next month, Captain Marvel hits cinemas and we are all extremely excited to see the hero in action. She will, of course, play a big role in the upcoming Avengers: Endgame as well to finish off the MCU phase 3 plans. Every new trailer or promotional photo I see just confirms that Brie Larson is the perfect fit for Carol Danvers. Before becoming the insanely powerful hero she already is in the Captain Marvel film, Carol Danvers was a normal human being and the new Captain Marvel TV Spot trailer shows shots of a very young Carol,

What Marvel is doing to make Samual L. Jackson look that much younger in the film is impressive, but even Marvel can’t turn Brie Larson six years old. The new Captain Marvel TV Spot, called “ready” (which you can view below) shows shots of a young Carol (probably like 6 years old) playing baseball and getting knocked down. We also see a shot of Carol at even a younger age looking all angry on the beach, as well as a few shots of her training as a rookie in the military before she got her powers.

Check out the awesome new Captain Marvel TV Spot below.

Although this TV Spot trailer is only 30 seconds long, it gave me nerd chills. It shows that we will learn what Captain Marvel went through as a child and during her military training in the upcoming film. Sure, she already has her powers in the film, but this gives us more information on her background and that is a fantastic way to introduce her into the MCU.

But that’s not all. If you’ve missed it, another Captain Marvel TV Spot trailer was released recently where Captain Marvel has a chat with Nick Fury and specifically mentions the Skrull, an alien race of shape-shifters infiltrating Earth. This TV Spot is called “Connection” and plays on the friendship that seems to build between Captain Marvel and Nick Fury. Check it out below.

What do you think about the new Captain Marvel TV Spot trailer and will you be at a cinema watching this awesome-looking film on 8 March 2019? Let us know in the comment section below.