The Netflix September 2019 content has something new and exciting for everyone. There’s some great new shows and movie coming your way and some oldies too if you have not seen them.

Some highlights include The Politician, Spider-Man 3, Spider-Man Homecoming and the anticipated Black Lightning. Take a look at all the new content on Netflix this September 2019.

Two underwater siblings surviving on their own. A boy with a serious egg allergy. A man invisible to the rest of society. Three short animated tales. 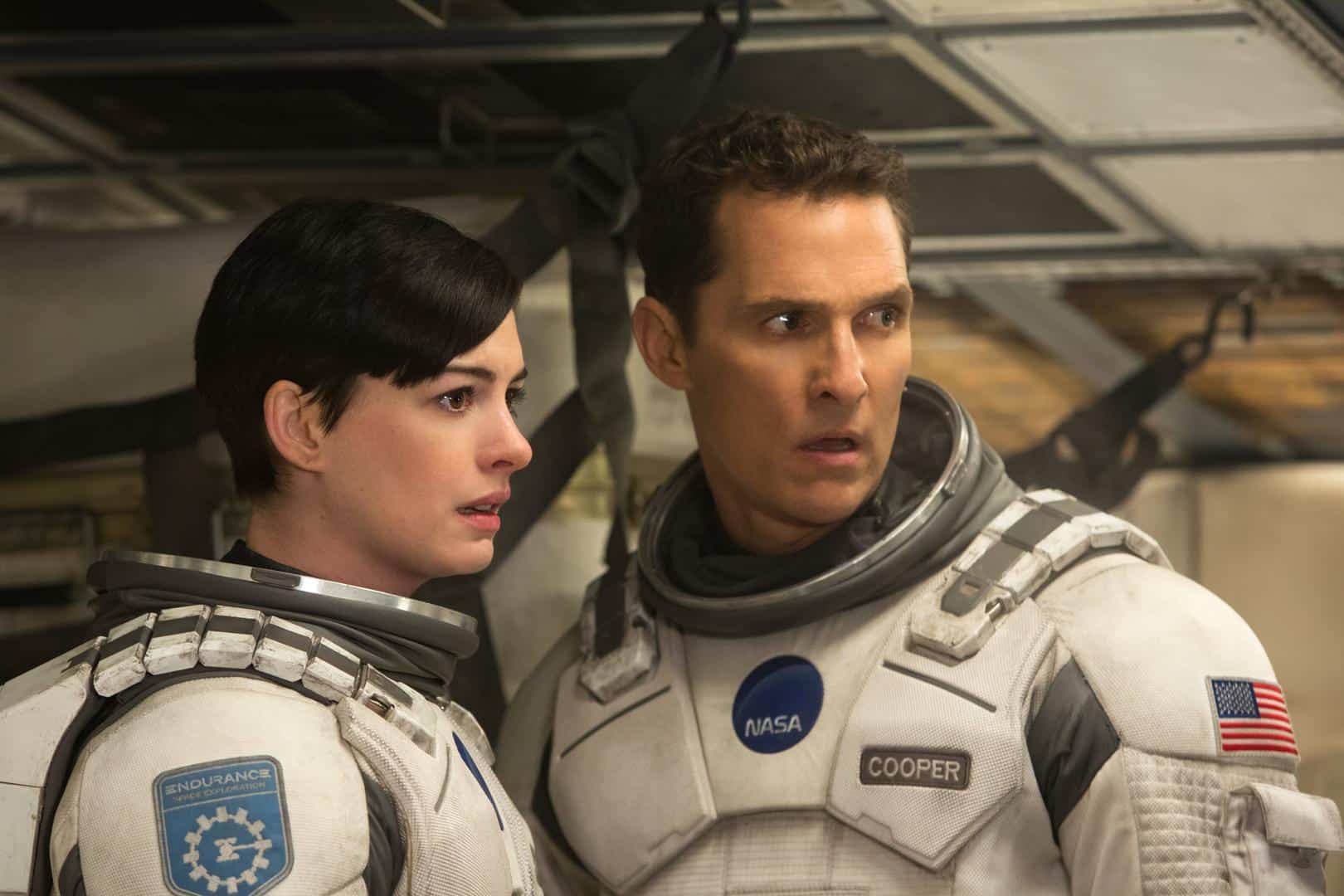 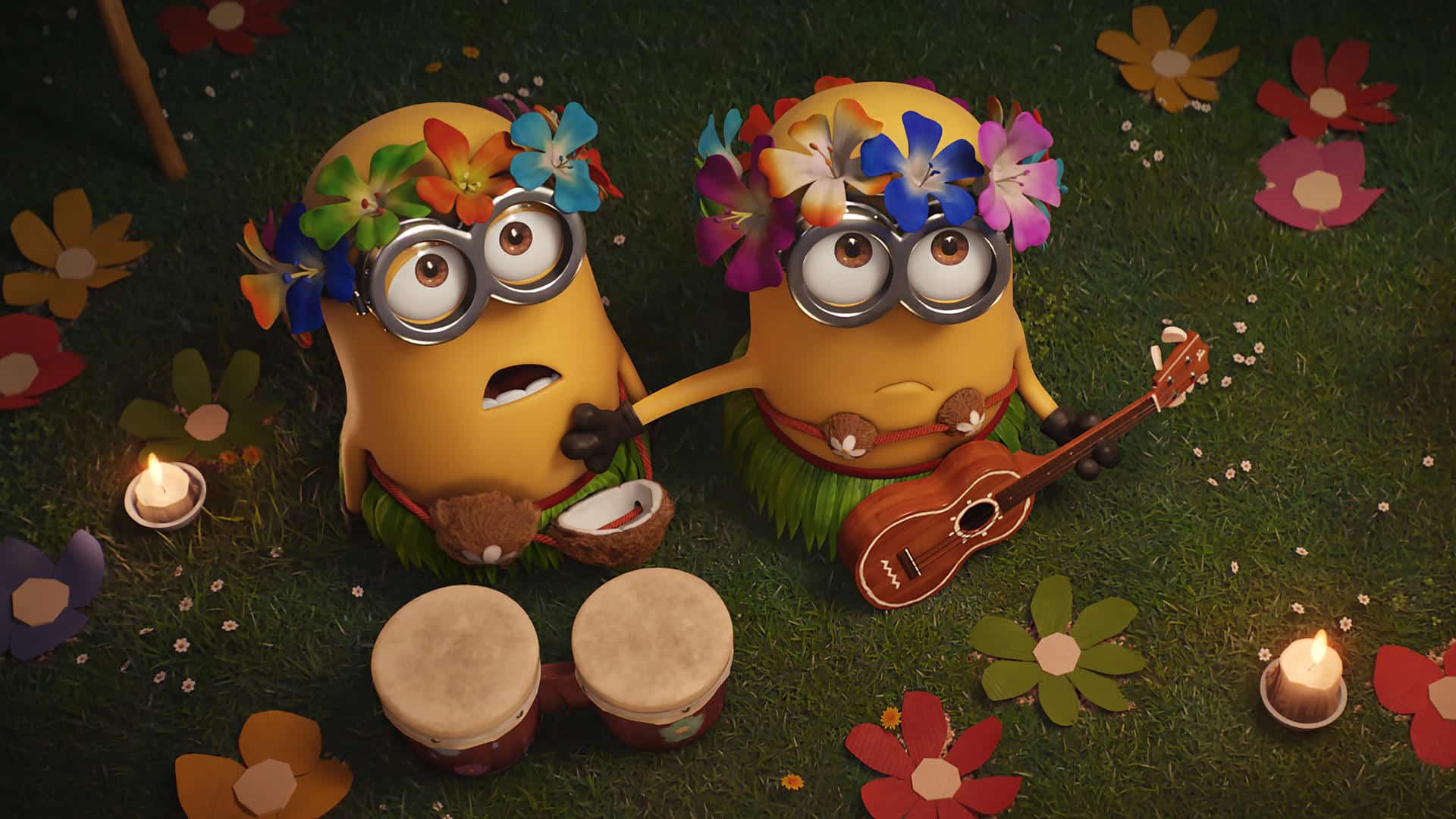 Now living and working in LA, Jack hopes to convince a reluctant Michael to move to the U.S. by showing him what the American West has to offer.

In the wake of a classmate’s death, a student vanishes, allegiances shift, new friends join the drama, and dark secrets become too difficult to contain.

Tupac, Biggie, Lil’ Kim and Jay-Z blaze a trail into the ’90s as insiders sling the straight-up truth on the culture’s most iconic rappers and rhymes.

Archibald is an extraordinary young chicken who lives in the moment and “yes-ands” his way through life. Inspired by the acclaimed children’s book. 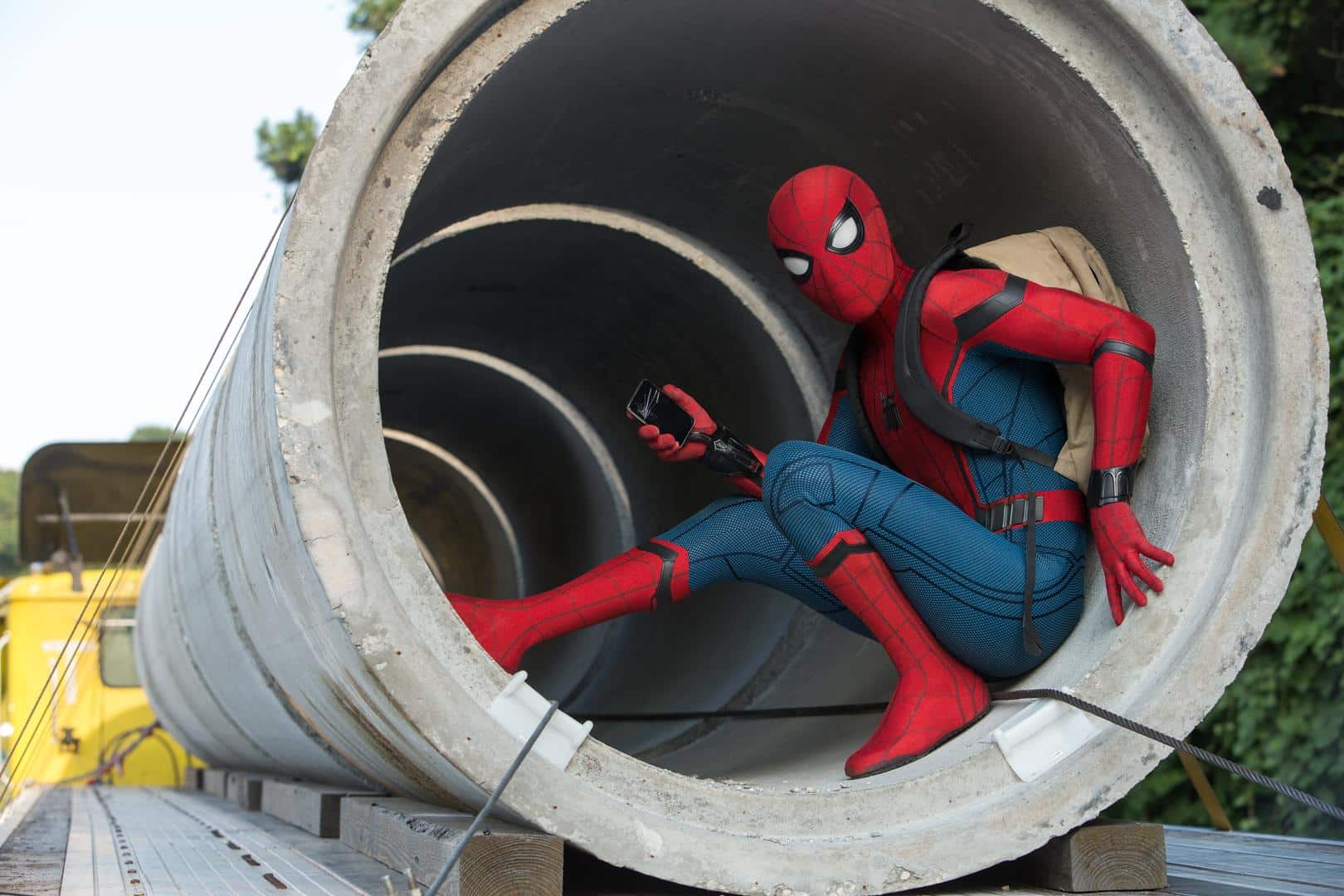 Six strangers share a fabulous house in Tokyo, looking for love while living under the same roof. With no script, what happens next is all up to them.

In the Shadow of the Moon 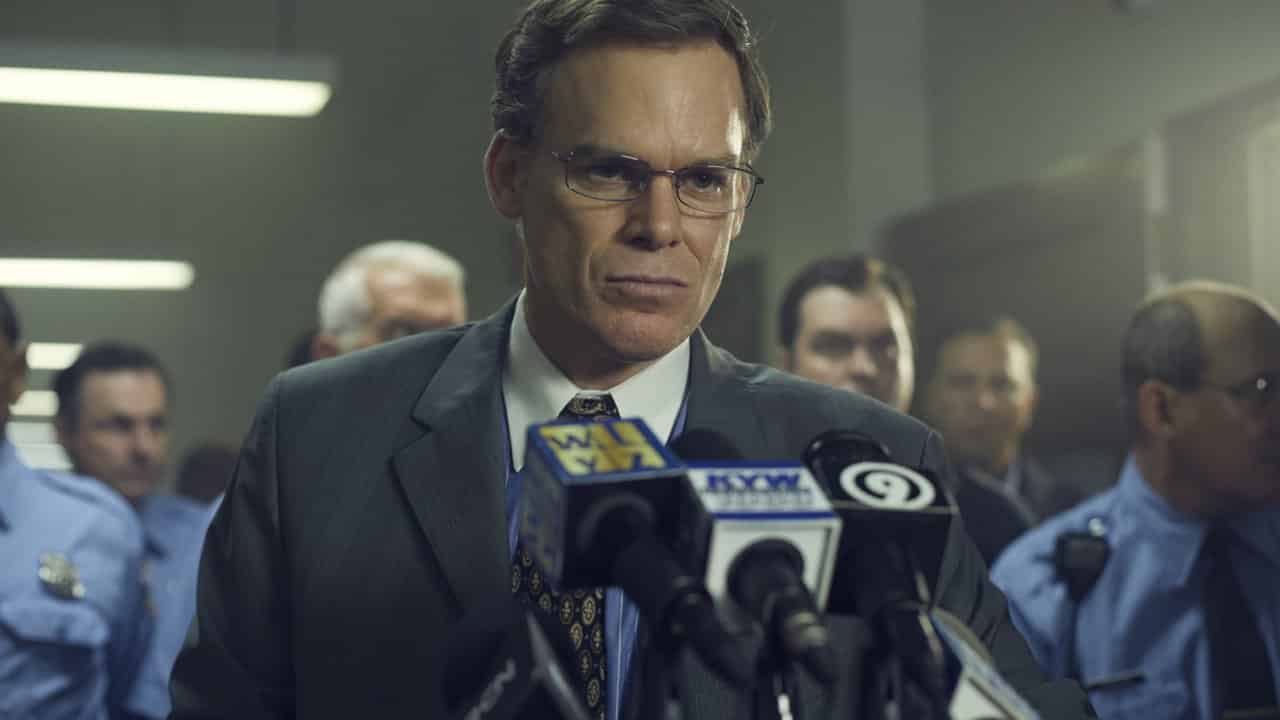 In 1988, Philadelphia police officer Thomas Lockhart (Boyd Holbrook), hungry to become a detective, begins tracking a serial killer who mysteriously resurfaces every nine years. But when the killer’s crimes begin to defy all scientific explanation, Locke’s obsession with finding the truth threatens to destroy his career, his family, and possibly his sanity. Directed by Jim Mickle and also starring Michael C. Hall and Cleopatra Coleman, IN THE SHADOW OF THE MOON is a genre-blending psychological thriller that examines the power of time, and how its passing can either bring us together or tear us apart.

A man and his two siblings take an epic walk from Scotland to London to find peace and acceptance 12 years after their brother’s death by suicide.

Wiped clean of memories and thrown together, a group of strangers fight to survive harsh realities — and the island that traps them.

Kabaneri of the Iron Fortress: The Battle of Unato – Netflix Original Series

Ikoma and the Iron Fortress take their fight to the battlegrounds of Unato, joining the alliance to reclaim the region from the kabane horde. 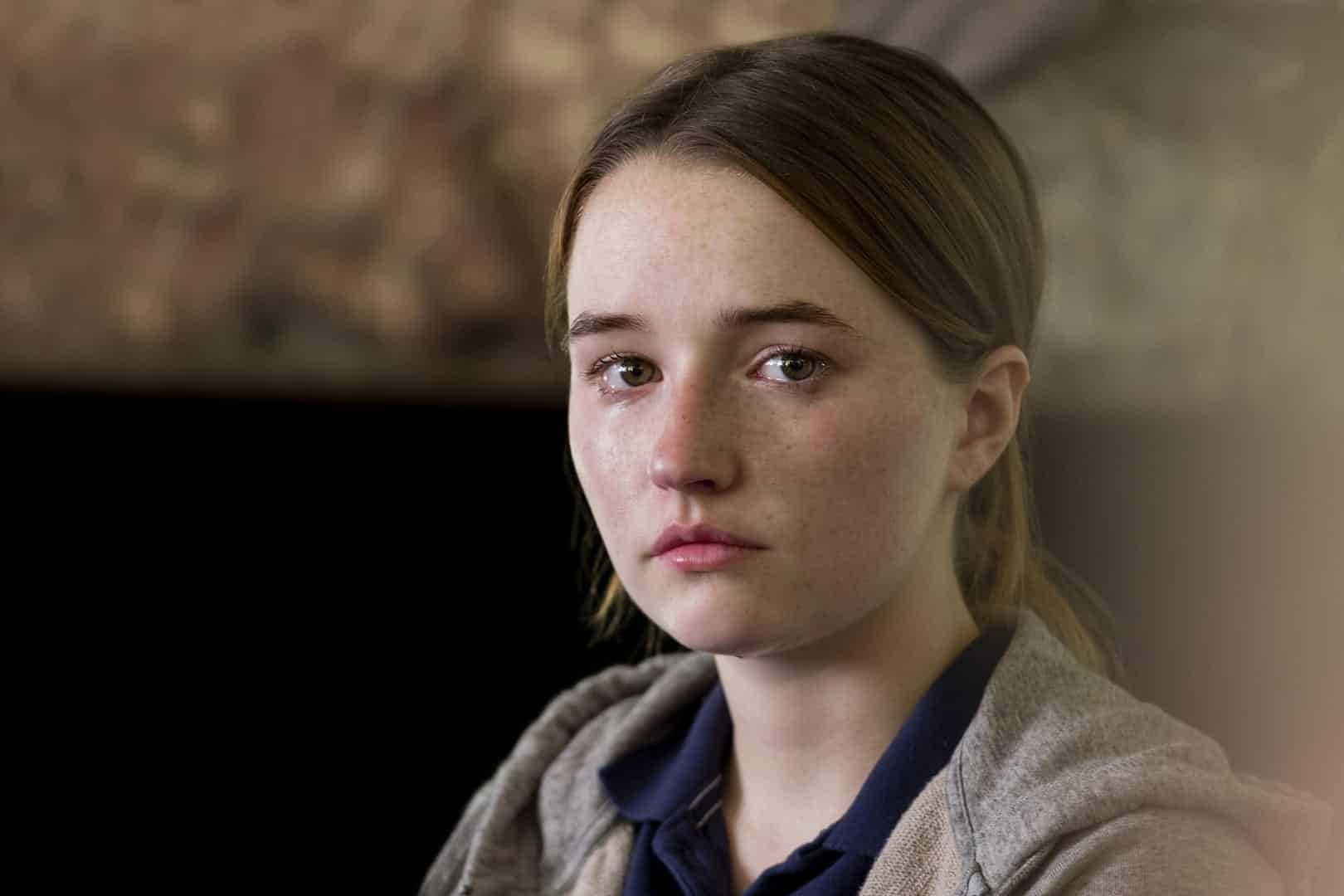 Based on real events, a teen reports and eventually recants her reported rape, while two female detectives, states away, investigate evidence that could reveal the truth.

While Colt tries to reconcile with Abby, Beau navigates the challenges of aging and Luke seeks his family’s forgiveness.

In this documentary, Chelsea Handler explores how white privilege impacts American culture — and the ways it’s benefited her own life and career.

Jon Favreau trades in his director’s chair for an apron as he embarks on more food-filled adventures with his friend and culinary mentor, Roy Choi.

Tall Girl is the 2019 Netflix original comedy about Jodi, the tallest girl in her school, who has never quite felt comfortable in her own statuesque skin. All of that changes when she falls for the handsome (and equally tall) foreign exchange student Stig who, of course, gets Jodi’s quirky, best, male friend, Dunkleman, and his hippie mom as a host family. As a result, Jodi gets embroiled in a surprising love triangle, which helps her realize she’s far more than her insecurities about her height have led her to believe. 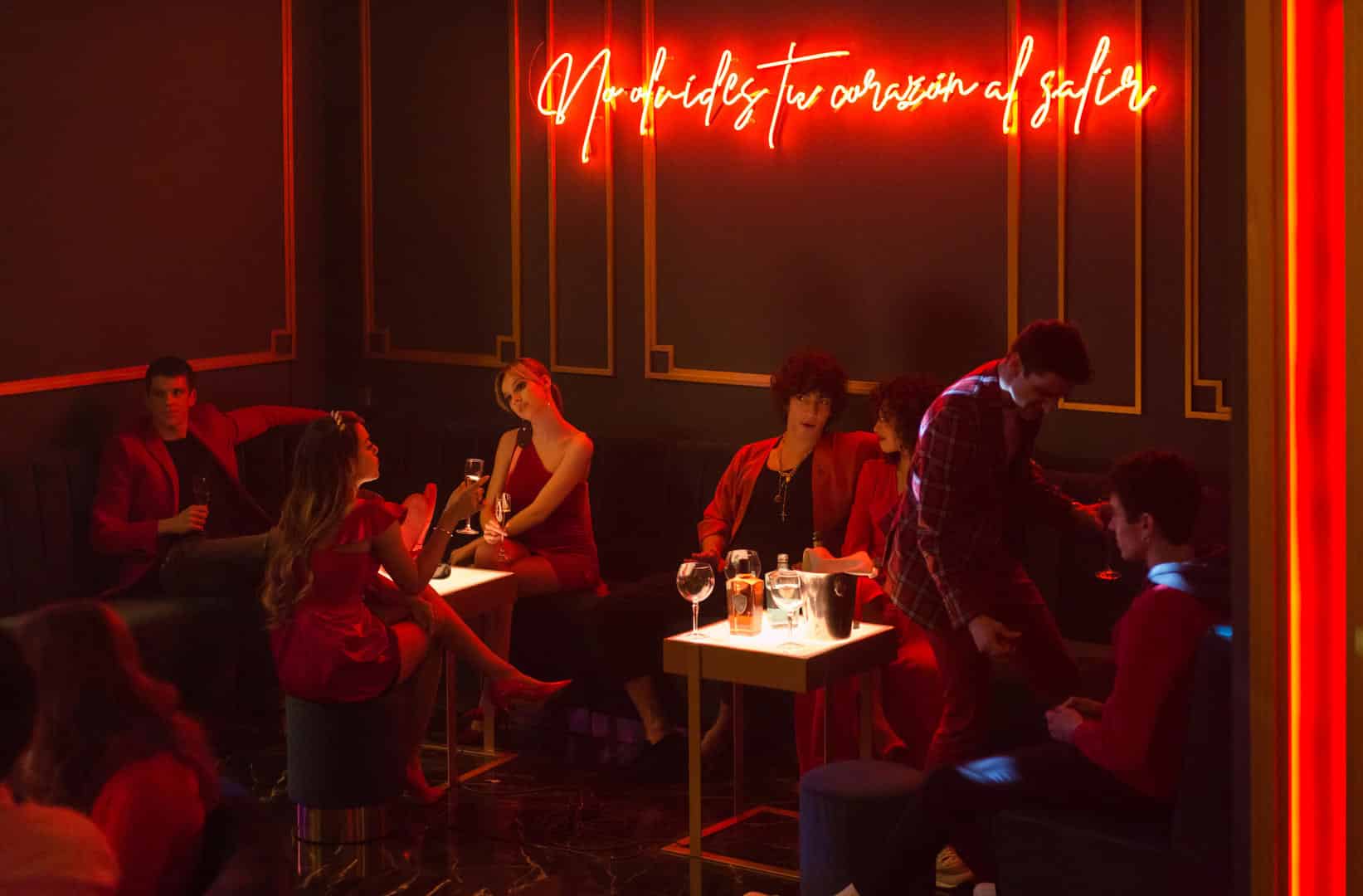 When zombies and monsters invade his hometown, a scrappy boy teams up with his friends to survive the apocalypse. Based on the popular book series.

This documentary captures the joy and heartbreak of families separated by the U.S.-Mexico border sharing a short but bittersweet reunion in 2018.

This revolutionary procedural comprises 12 unique stories set in 4 different countries: France, Spain, Germany and the UK. It takes place exclusively within the confines of a police interview suite. This stripped down, cat-and-mouse drama focuses on the intense mental conflict between detectives and suspects. 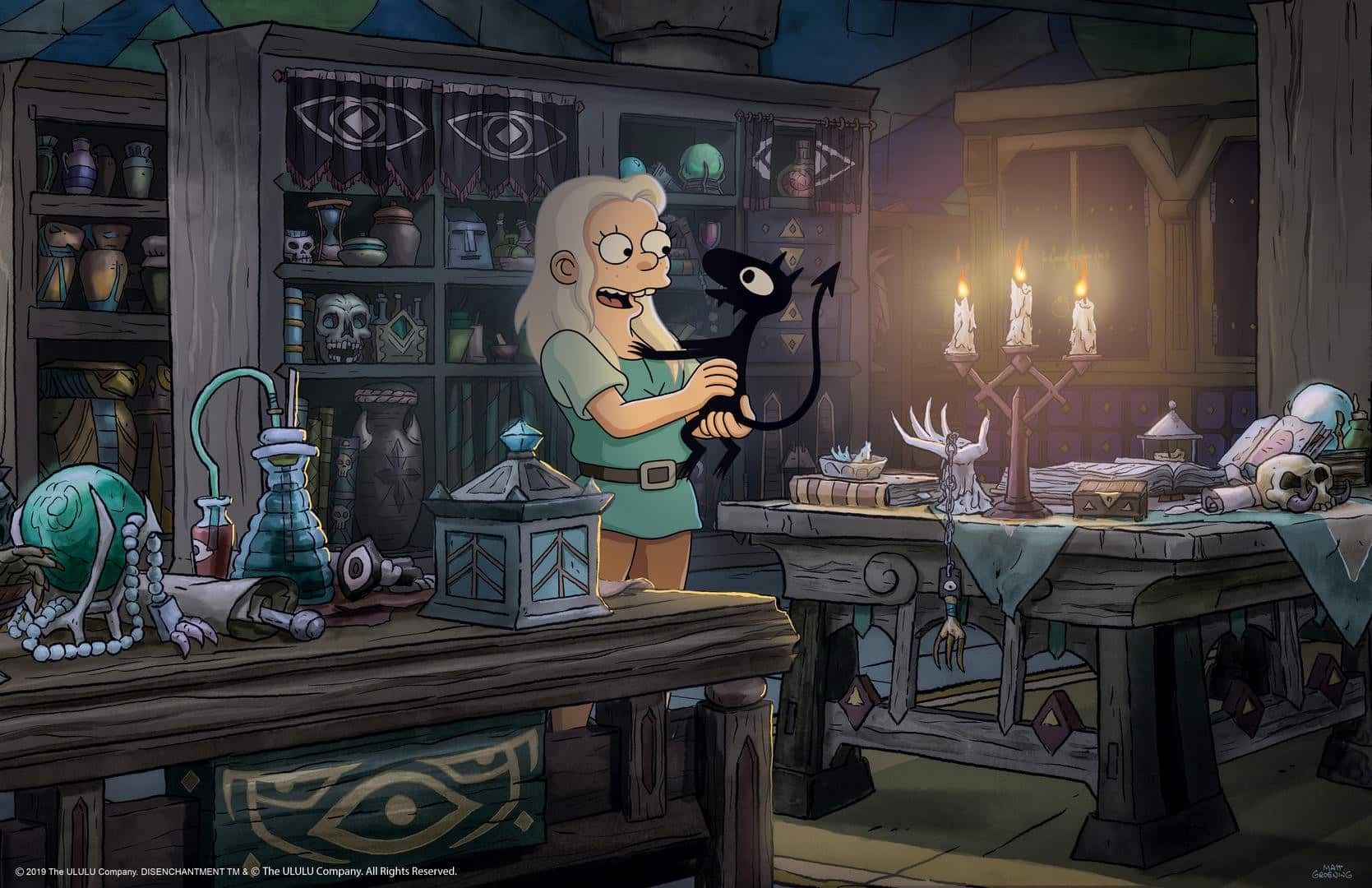 High-spirited Princess Bean walks through hell to save a friend, learns about a mystical destiny set for her, and helps restore her father’s kingdom. 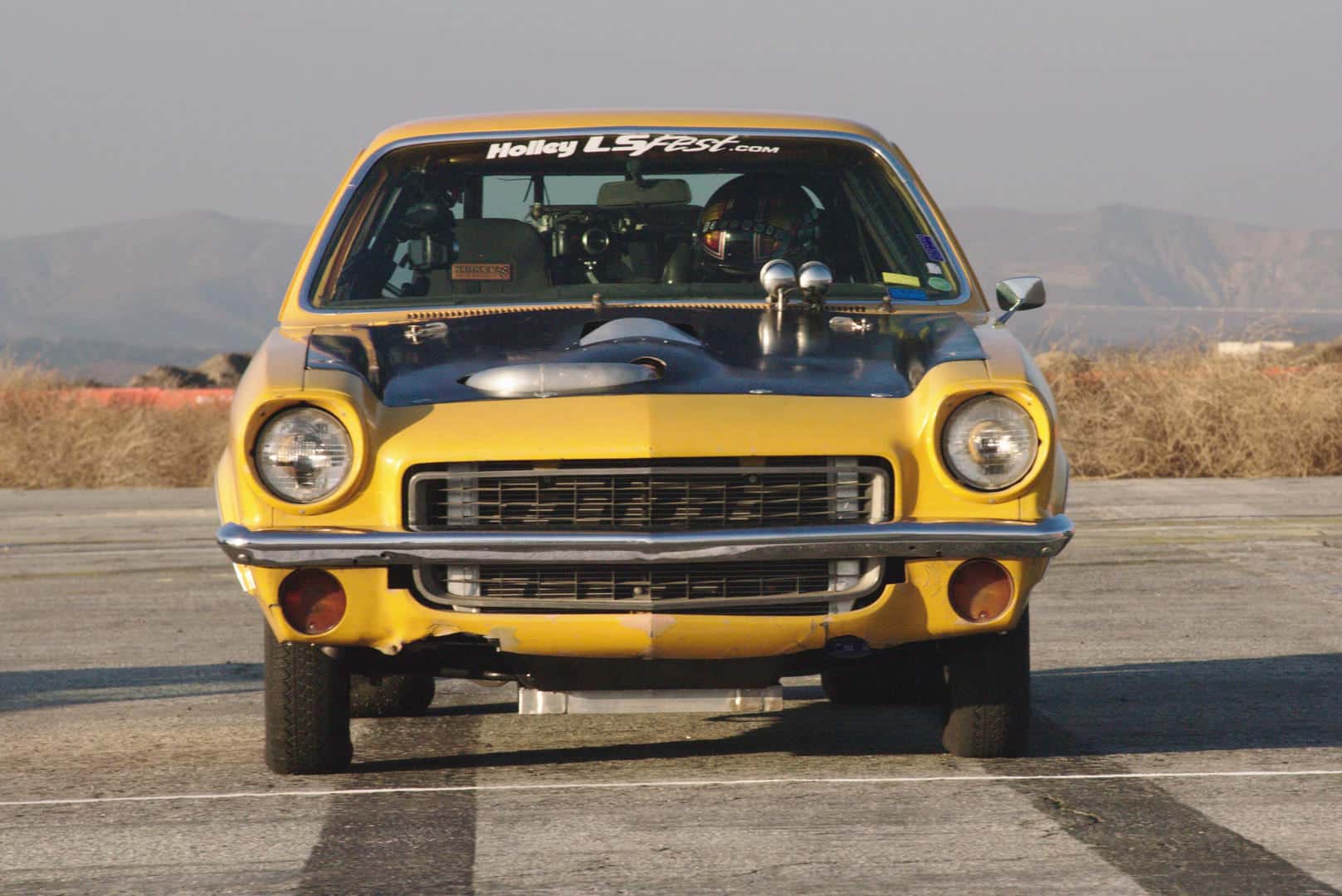 The passionate members of a women’s roller-hockey team strive to keep their team afloat. 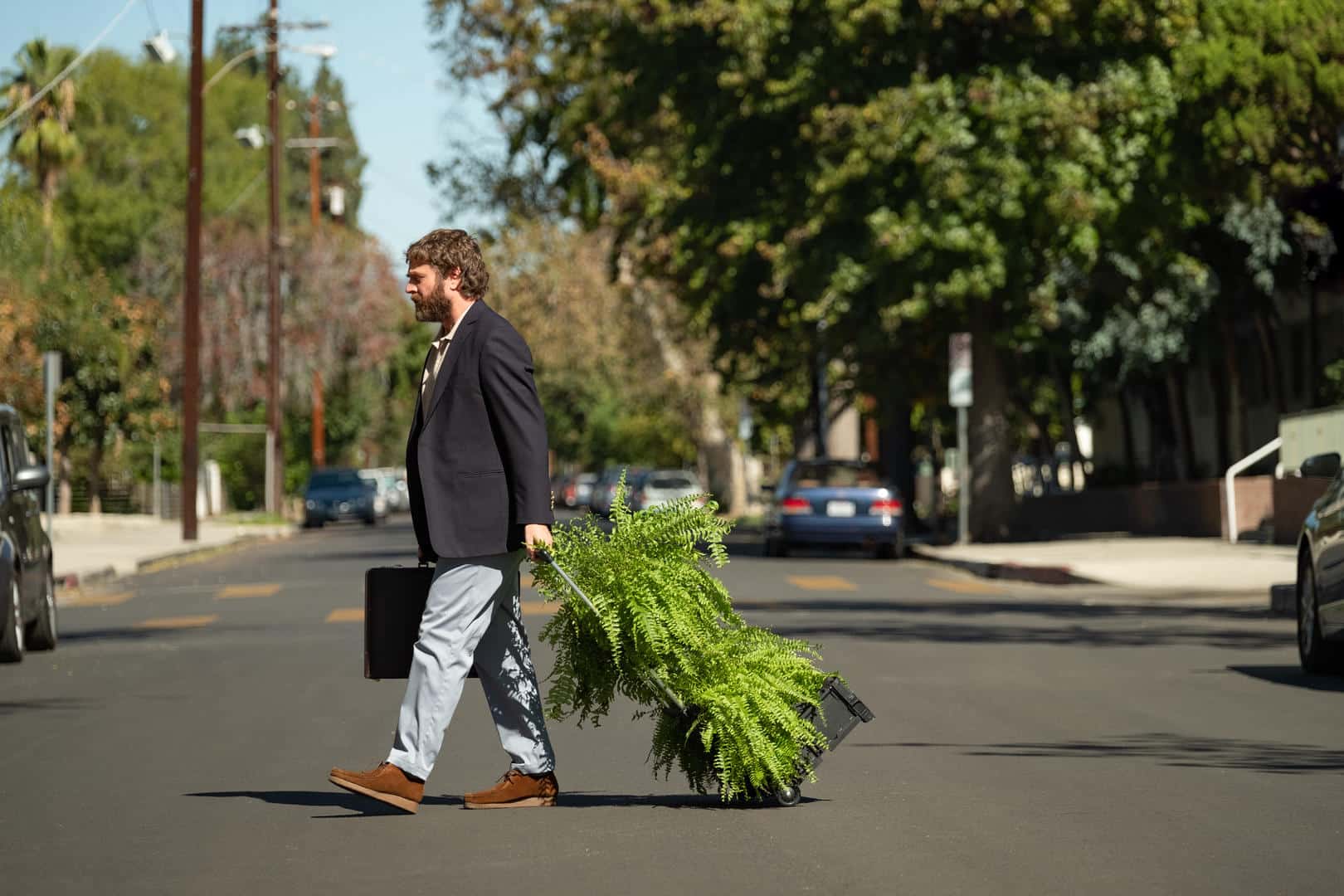 Zach Galifianakis dreamed of becoming a star. But when Will Ferrell discovered his public access TV show “Between Two Ferns” and uploaded it to Funny or Die, Zach became a viral laughing stock. Now Zach and his crew are taking a road trip to complete a series of high-profile celebrity interviews and restore his reputation. Directed by Scott Aukerman, BETWEEN TWO FERNS: THE MOVIE is a laugh-out-loud comedy that gives new insight into the curmudgeonly, beloved outsider Zach Galifianakis has created over the years.

After a brush with the law, teenage celebrity billionaire Kaylie Konrad is court-ordered to lead an inner-city wilderness club.

An ex-Marine poses as an inmate inside a Mexican prison in order to infiltrate a gang suspected of kidnapping a U.S. judge’s teen daughter.

More people rise from the grave and old friends become new threats as the mystery — and danger — intensifies in Yoorana.

From Executive Producer Morgan Neville, Abstract, a Netflix original docu-series, takes you beyond blueprints and computers into the art and science of design, showcasing great designers from every discipline whose work shapes our world. Go inside the minds of the world’s greatest design

Border walls are no barriers to birds — or the people on both sides fighting to protect them. 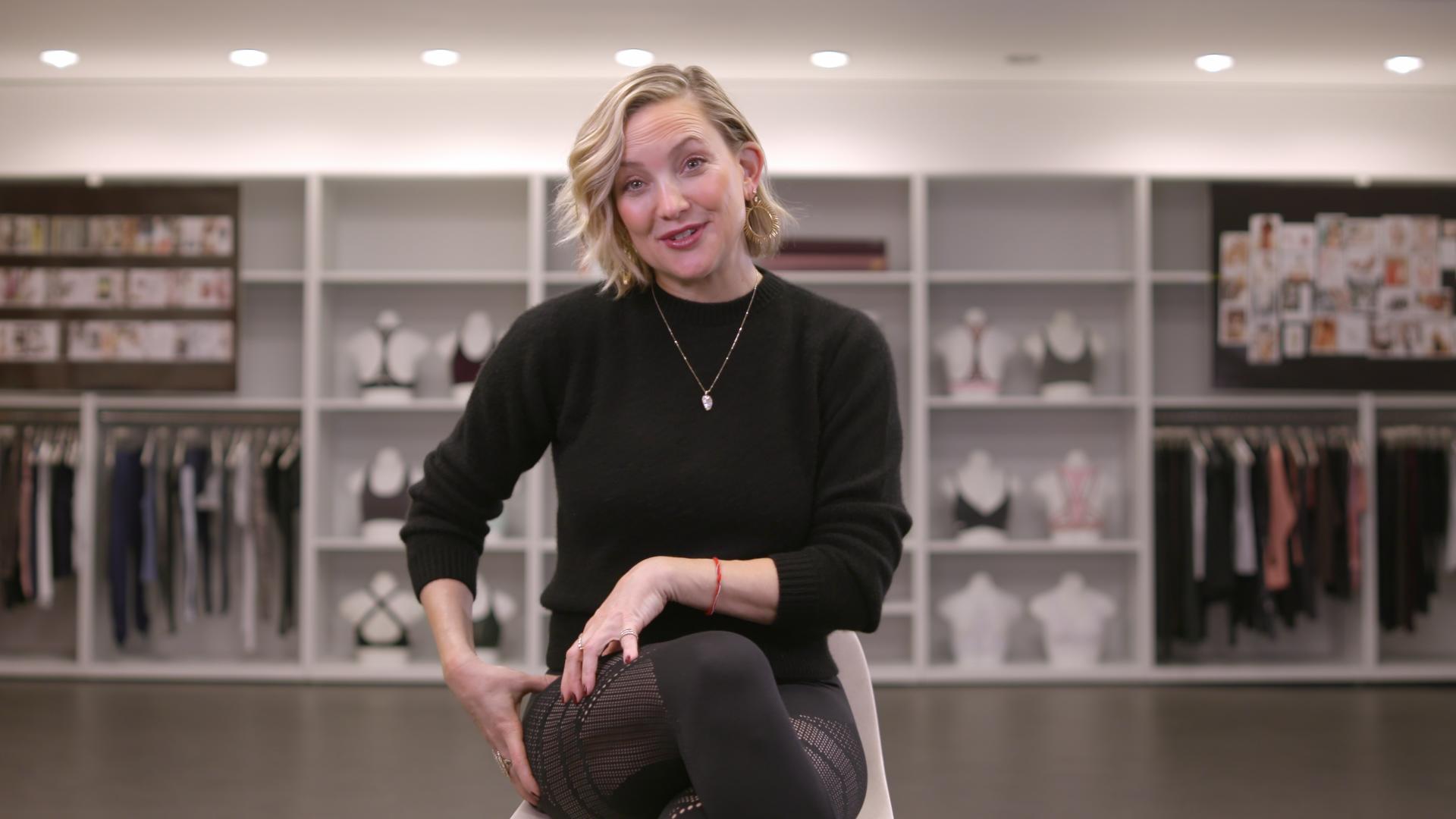 The billionaire boom. Athleisure wear. The lure of cults. Explore current events and social trends with this compelling, celebrity-narrated series.

A new director and a jailer-turned-inmate arrive at Cruz del Norte. Zulema is reunited with a long-lost relative, while Sole gets life-changing news.

In Frankfurt, a young and gifted hip-hop producer gets the chance of a lifetime when he signs with Skyline Records. But the worlds of music, organized crime and high finance collide when the label owner’s gangster brother returns from exile to claim his share.

Payton Hobart (Ben Platt), a wealthy student from Santa Barbara, California, has known since age seven that he’s going to be President of the United States. But first he’ll have to navigate the most treacherous political landscape of all: Saint Sebastian High School. To get elected Student Body President, secure a spot at Harvard, and stay on his singular path to success, Payton will have to outsmart his ruthless classmates without sacrificing his own morality and carefully crafted image. Full of comedy and sly satire, Ryan Murphy’s The Politician offers a rare glimpse into just what it takes to make a politician.

Kabir Anand is settling into his new life as a Shakespeare professor in the remote mountains of Panchgani when a call from the PMO thrusts him back into the world he is trying to forget. A brilliant agent who served under the recently murdered Sadiq Sheikh, Kabir was expelled from RAW because of a disastrous mission in Balochistan ten years prior. Kabir must now revisit those ghosts, avenge his mentor and face his deadliest enemies back in Balochistan while racing against time to save both his country and his long lost love. Based on the book by Bilal Siddiqui, the series is scheduled to launch in 2019 on Netflix.

A cop goes undercover in a tough prison while looking for the daughter of a powerful judge who’s been kidnapped by a gang.

In the new Netflix original series, Hiccup and Toothless lead the Dragon Riders as they soar beyond the borders of Berk and discover the mysterious Dragon eye — an ancient artefact filled with secrets that will lead them to new lands filled with undiscovered dragons. But the heroes find themselves pursued by marauding dragonhunters, who will stop at nothing to seize the power of the Dragon Eye.

How to Get Away With Murder Season 5

Comedian Mo Gilligan blends smooth moves and sharp humour as he riffs on humble beginnings, family dynamics and the complex art of dancing in the club.

Netflix will no doubt add more content to the platform in September which is not listed here but for now, this is most of what you can expect to watch. What are you planning on watching on Netflix in September? Let us know down in the comments below.

Geek | New on Netflix in September 2019 – Spider-Man, The Politician and More