The 2010 release of Nier marked the series’ first introduction into the JRPG genre. While the game tried new things and delivered a somewhat satisfying combat approach, it also had its flaws. It had loads of repetition issues including the combat that became tedious and its puzzles lacked any sort of creativity. For the most part, Nier Replicant Ver. 1.22474487139 still suffers from the same issues. Being a “remake/remaster” of the original game and all. However, there’s enough new here to make sure that the best moments overshine the boring ones.

Nier Replicant Ver. 1.22474487139 is not a remake but it is not a remaster either. It kinds of blends both worlds into one while at the same time improving the visuals the most. Compared to the original PS3 and 360 games, Nier Replicant Ver. 1.22474487139 features improved draw distance, sharper textures, new characters and better models and 60FPS. While the game is not the most detailed created, it does look fairly good. Sure, it will take some time to adapt to its dated character animations and some rough parts but it is pretty nonetheless.

Speaking of animations, the overall combat feels levels above the original now too. There has been a lot of focus put on how this works. Characters feel more responsive, and the much-needed quality of life changes make this game feel less like a chore. For example, Nier Replicant Ver. 1.22474487139 now lets you move about regardless of if you are attacking or charging up a skill. In the first game, you had to stand still when charging attacks like the Dark lance.

With that being said, unfortunately, Nier Replicant Ver. 1.22474487139 still suffers from some rather boring and tedious combat. For most of the game, the combat remains the same. You don’t get any new weapons to experiment with different combat styles nor do you get to modify your gear much. It also doesn’t help that the enemy variety is kind of lacklustre. It never surprised me with new enemies nor did the game offer up any crazy challenge to take on. Keep in mind that the game lasts around 40 hours so putting up with this for that long can be a pain. 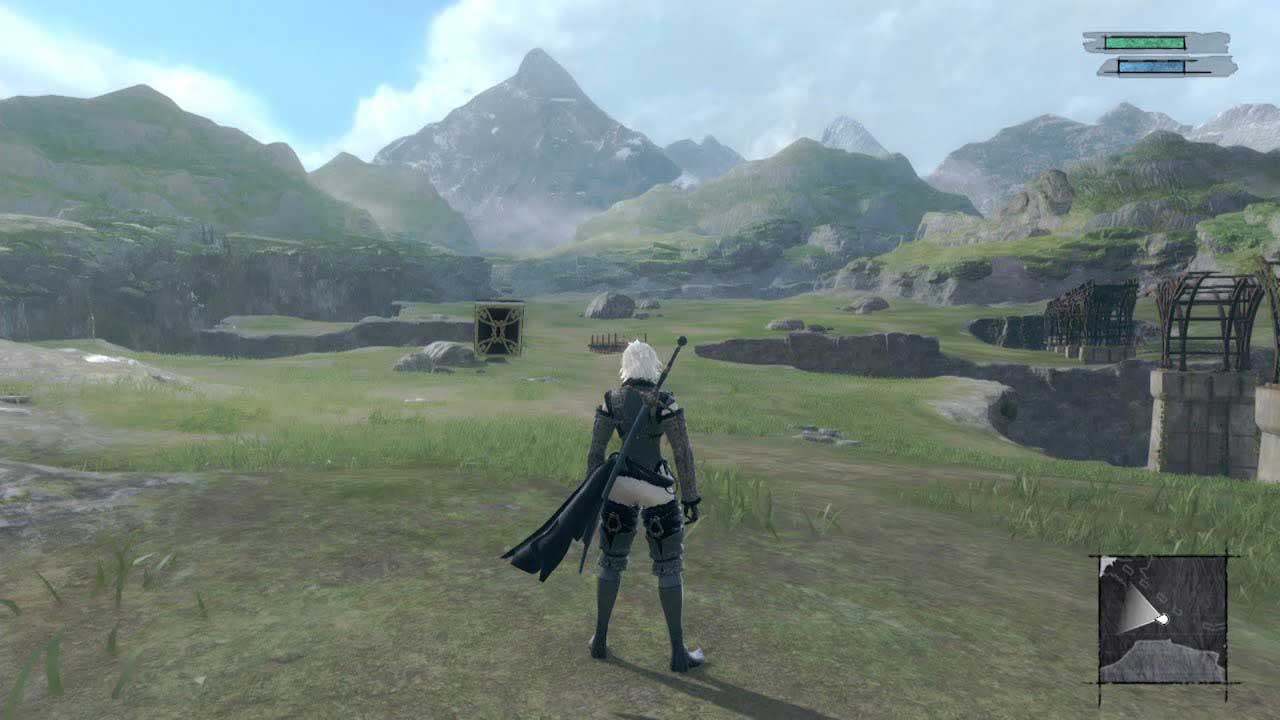 The combat in Nier Replicant Ver. 1.22474487139 is what you make of it. Changing up attacks and trying new abilities helped break this cycle quite often. Even if this meant I had to try and master new abilities across the three different weapon classes. It is a shame because the game does feature quite an in-depth “word” system that lets you upgrade weapons and spells using words I obtained from defeating enemies. These words ad a load of perks and buffs to abilities and weapons but throughout my playthrough, I never felt like the system was important at all.

Square Enix also improved the general narrative in Nier Replicant Ver. 1.22474487139 thanks to the fully-voiced story and dialogue. Instead of having to read lines upon lines of text, you can now listen to it all. I remember clearly having to read literally everything in the original game. Nier Replicant Ver. 1.22474487139 has a strong story and it is a joy to play through. It takes place in a post-apocalyptic world where a teenager you name at the start of the game sets off to find a cure for his dying sister, Yonah. It is an emotional tale that helped string me along during the longest play sessions. It also helps that the characters and writing in Nier Replicant Ver. 1.22474487139 are decent enough to remain entertaining. The floating book Grimoire Weiss, in particular, is an absolute character on his own. His condescending attitude just makes his writing perfect.

Nier Replicant Ver. 1.22474487139, being a JRPG can be slow at times. The game is divided into the main quest and side quests. Along the way, I took part in the intense hack and slash combat while trying to pay attention to some of the side quest writing that came my way. Nier Replicant Ver. 1.22474487139  definitely shows its age when it comes to its general gameplay loop. Side quests cannot be tracked so if you don’t pay attention to what the quest giver is saying, you’re royally screwed. 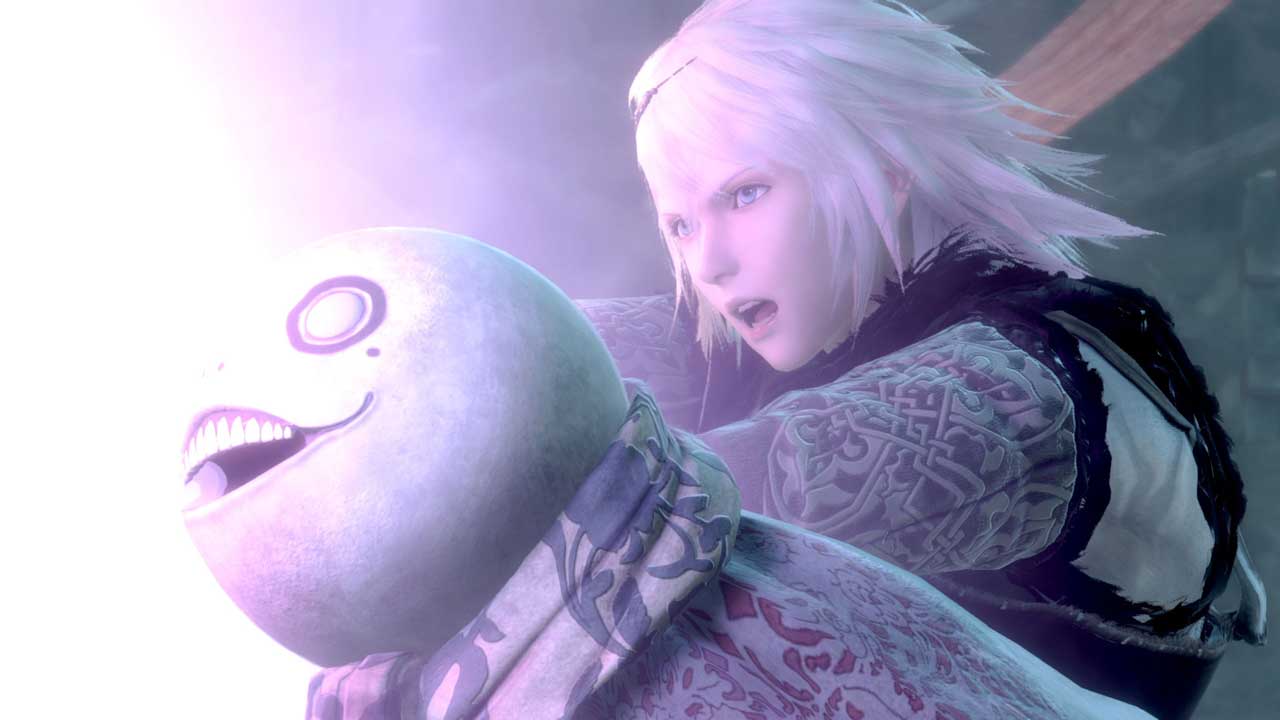 Navigating the world is also painful as there are no waypoints on the map or minimap. I just had to wander around aimlessly until I got to the destination. It also does not help that side quests don’t reward anything worthwhile so taking them on became a secondary priority. If you are going to play Nier Replicant Ver. 1.22474487139 then don’t even bother with these.

This is especially important if you plan on playing the game a second and third time. You see, once you finish the game you can do Act 2 and Act 3. Act 2 is somewhat fun and the additional story moments and new locations make it a worthwhile playthrough. However, Act 3 is the biggest waste of time. The playthrough is almost identical to Act 2 and I just can’t see why anyone would want to do this again. 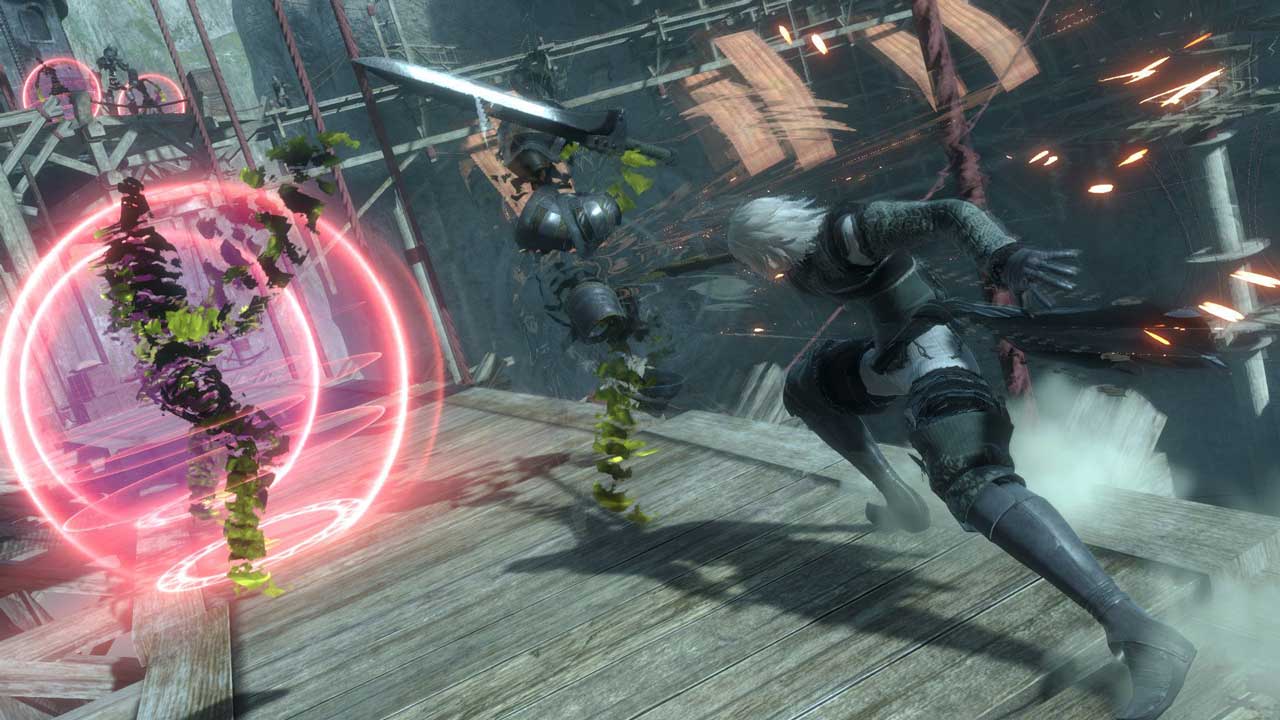 Nier Replicant Ver. 1.22474487139 is a great game to play if you have never played the original or you loved it so much that you want to see it again. However, it is hard to overlook its dated gameplay, tedious combat and complete lack of quality-of-life changes. It has been over ten years now. The world has changed and so should some of the mechanics in Nier.