The Nintendo Switch is without a doubt one of the most popular and trendy devices on the market and after the mishap of the Wii U, Nintendo really hit it out of the park with its portable/console hybrid device. The latest revision acts more like a new device as the Nintendo Switch Lite is a portable-only version of the flagship console. This means it does not have any TV capabilities and most of its features are simplified to deliver a fully-portable experience.

The Nintendo Switch Lite released in SA on 20 September 2019 and retails for R3,999. It comes in three colours; grey, yellow and turquoise. The device comes with a power adapter with a USB Type-C connector at the end and is the same brick you get with the standard Switch console.

The Nintendo Switch Lite has a fantastic overall design that speaks volumes for the company’s history with portable gaming devices. It is made from a matte plastic shell that looks great in the colours available. I got the turquoise to review and the colour variant is bright and fits into Nintendo’s theme.

Instead of detachable Joy-Cons, the Nintendo Switch Lite is an all-in-one device that does not come apart. The analogue sticks are built into the sides and the D-Pad and other buttons are all part of this uniform design. The screen is also a bit smaller than the flagship device coming in at 5.5-inches compared to the 6.2-inch design. The resolution is the same at 720p.

As the device is a little smaller, the speaker placement has been adjusted too. Instead of them being right under the display pointing at you, they are now on the rim of the device and face downwards. Teardowns of the Switch Lite reveal the speakers are packed into a grid which pushes the sound out of the device but that does not mean it is any louder than before. 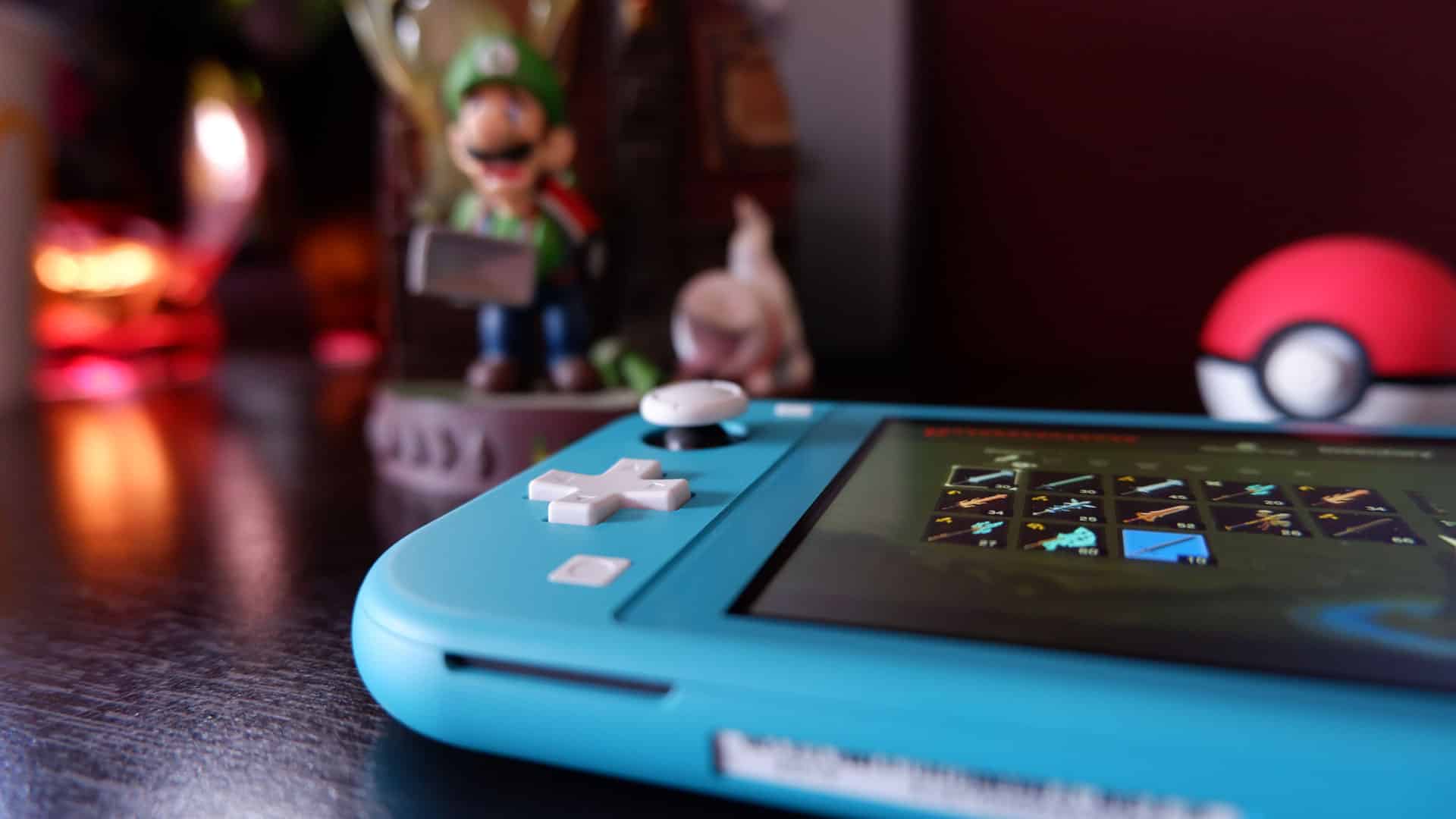 One major change that fanatics will enjoy is the new uniform D-Pad which has replaced the separated buttons from the larger model. It ads the world of difference to specific games especially platformers. Hopefully, Nintendo will start to ship Joy-Con models with the same button layout in future so other Switch owners can enjoy them too.

The Switch Lite also has no kickstand, which is a given as Nintendo’s focus for this device is its portability. It is meant to be played in your hand and that is it. Now that the kickstand has been, well, booted there is a MicroSD flap in its place where you can add storage to the device. This is found underneath the stand on the other device. 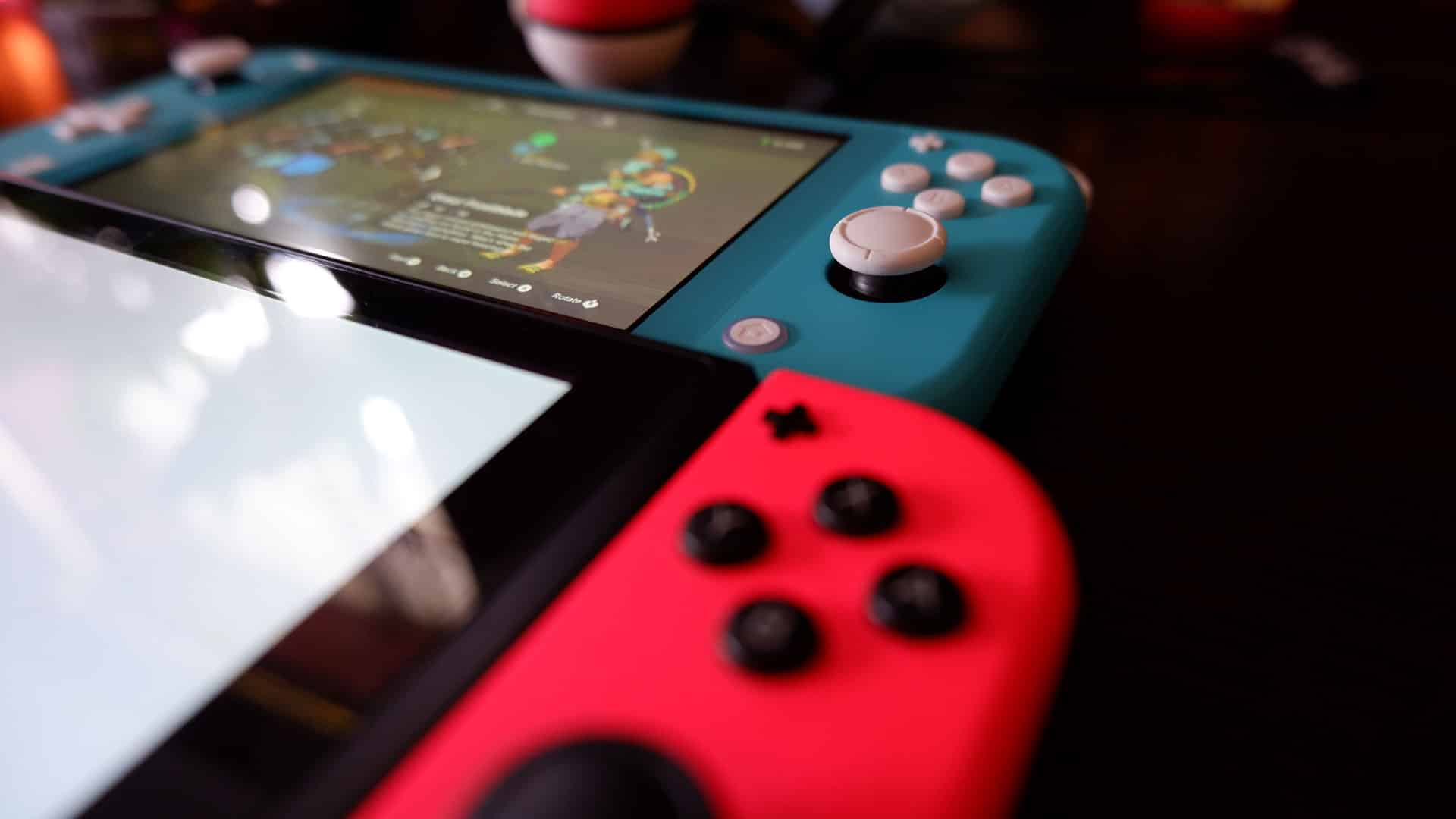 Other than that, everything is pretty much the same here. The headphone jack is in the same spot, the cooling vents too and the ZR and ZL buttons are surprisingly the same sizes even though the device is smaller.

Overall, the design is superb. Surprisingly, the device feels sturdier than the other model, the matte finish means it does not get dirty as easily and I felt like I could be a little less careful with it when carrying it around both in my hands and in my bag. I would still get a pouch with it but in general, it felt stronger.

So what do I miss from it? Well, firstly there is no vibration which kind of felt like a big miss here. I enjoy the 3D rumble feature from the Joy-Cons and to have no vibration at all here felt strange. Also, I know this might sound old-school but I wish there was a hook for a wrist strap. The feature just seems to fit the size and portability of the console and it would have been nice to have some extra protection from drops. Miss the old PSP days – sigh…

Lastly, there’s no brightness sensor so you need to adjust the display yourself. It is not the end of the world but you will miss it when it is not there.

The Nintendo Switch is already a stellar device and the Lite model means the focus is more on what you are seeing and how you are interacting with it. Its design, which we have covered already makes half of the experience and the other half is thanks to the performance and display.

Playing anything on it felt fantastic as the device’s size and comfort makes it feel great in your hands. There’s quite a weight difference between the larger model and after long use, you can feel that your hands and fingers take less strain from holding it.

Longer gaming sessions are also possible thanks to the revised battery which is smaller than the larger model. Thanks to the fact that there’s no vibration, battery life has been improved across the board. This is also thanks to the new chipset inside that is much more energy-efficient. 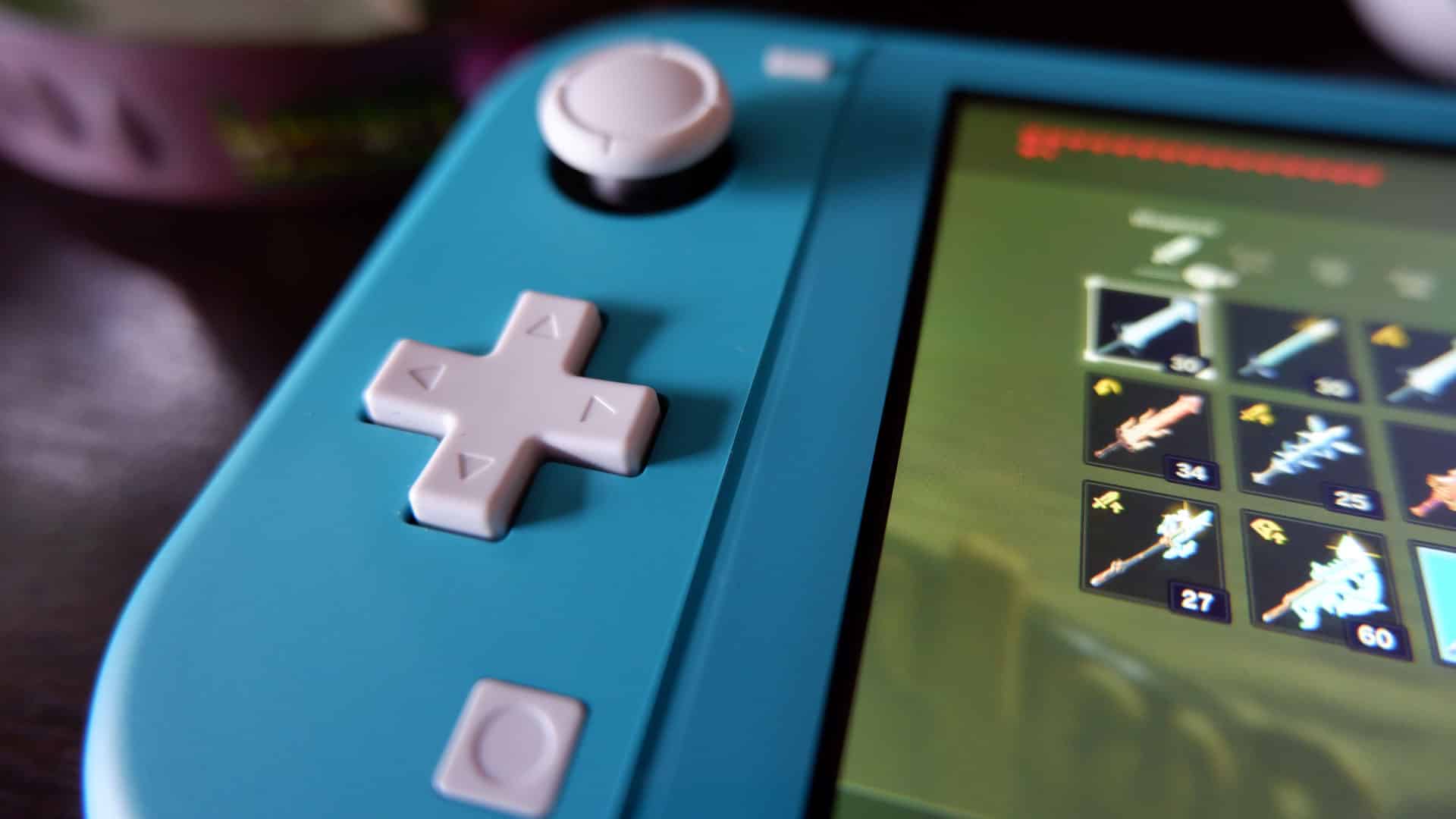 You can get a good few hours of game time here. I clocked just over three and a half hours while playing Smash Bros. A big step up from the two and a half on the larger console. I just wish Nintendo could do something about the standby battery as it depletes a lot faster than I hoped. It lost up to 50% in two days and I know I should turn it off instead of putting it into standby mode, but you forget these things.

The smaller display and the same resolution means things look fantastic on it and overall visual quality is a tad higher. The display also boasts a brighter screen at 380 nits all of which contribute to the higher pixel density of 267ppi. 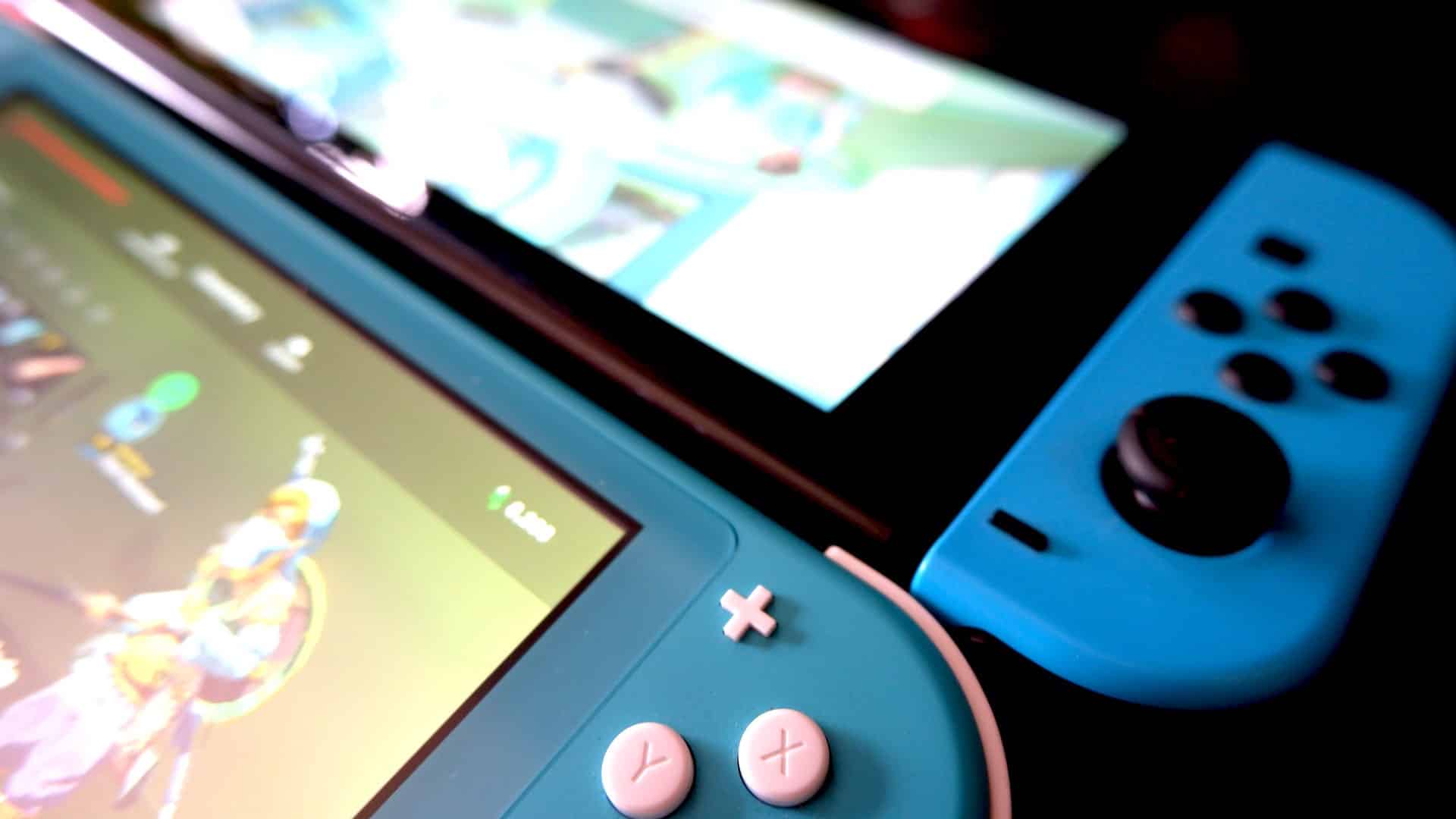 Overall, a gaming experience on the Switch Lite was personal. It is meant to fit in your hand, be as light as possible and allow one to dive into the experience alone. Unlike the larger console that prides itself on the “party” vibe, the Lite is not that inclined. Sure, you can play local party modes with friends and make use of some game’s tabletop features (like Super Mario Party) but the overall approach of the console is to deliver an intimate portable gaming experience.

This “experience” is also very strong thanks to Nintendo’s library of games. I loved playing some Super Mario Odyssey on it and finishing up some side quests on Breath of the Wild. When the new Pokemon comes out it will be the perfect fit for the device allowing me to relive the GameBoy days of having a Pokemon world to explore in the palm of my hands. 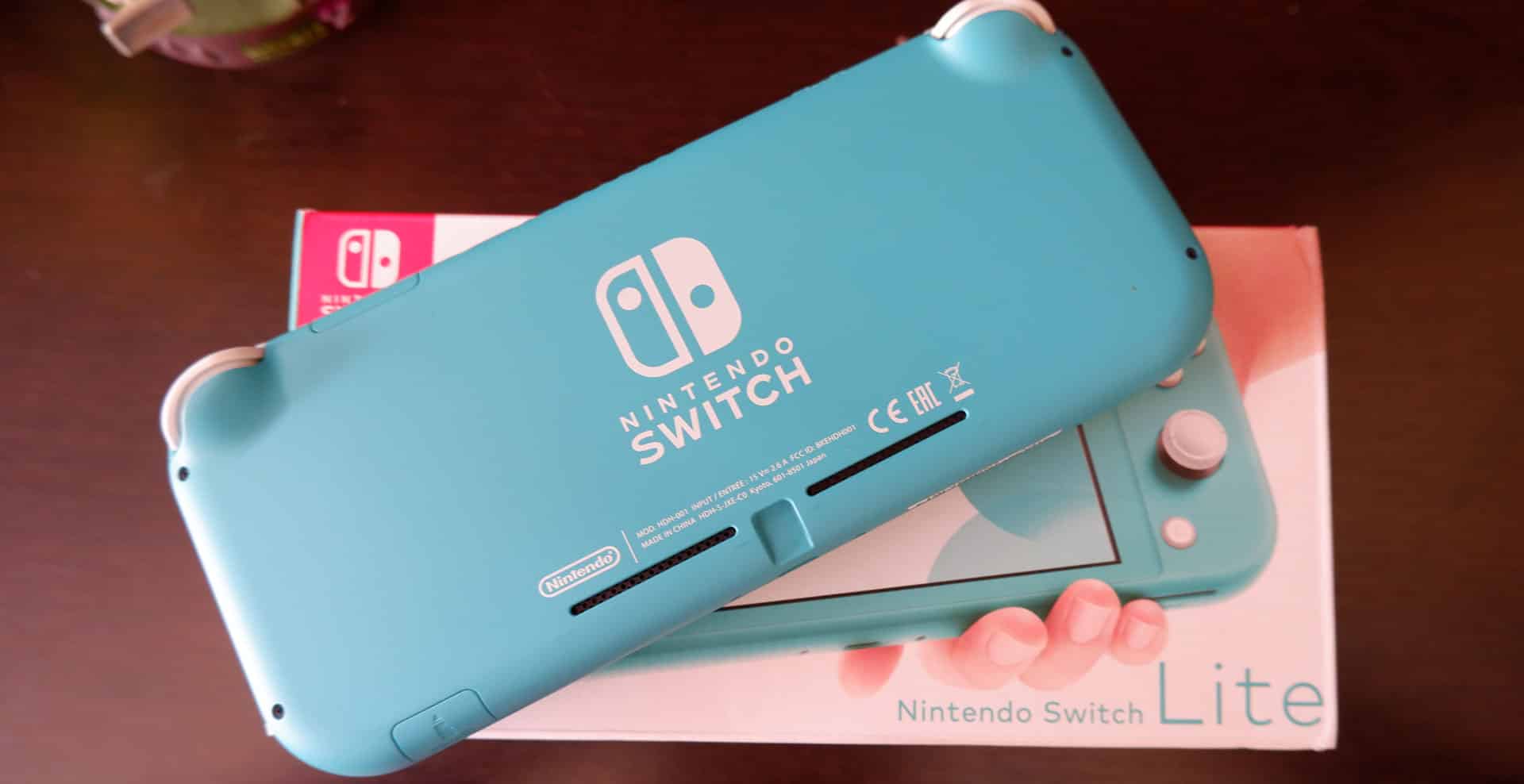 The big question here is whether or not you splurge on the console hybrid and it is a tough question indeed. I prefer to play on my TV on the couch with a sound system blasting at me from every angle. I seldom play in the portable mode. Then again, since I have been using the Switch Lite I have not missed the TV mode at all which goes to show that when you have the new model, you will enjoy it regardless of the lack of TV output.

The Nintendo Switch Lite might not be the full Switch experience but it manages to deliver the best library of games in a more personal capacity. It lacks some “party” features and the lack of Joy-Cons means you will not be playing any motion games at all but there’s enough on the market to make you forget about it. For R3,999, it is not a bad asking price considering the hardware and potential the device has for the coming months and years ahead.

This Nintendo Switch Lite review was based on a loan unit sent to us by Nintendo.