Advertisement
No Man’s Sky is One Of The Best-Selling New IPs Ever, According to Sean Murray 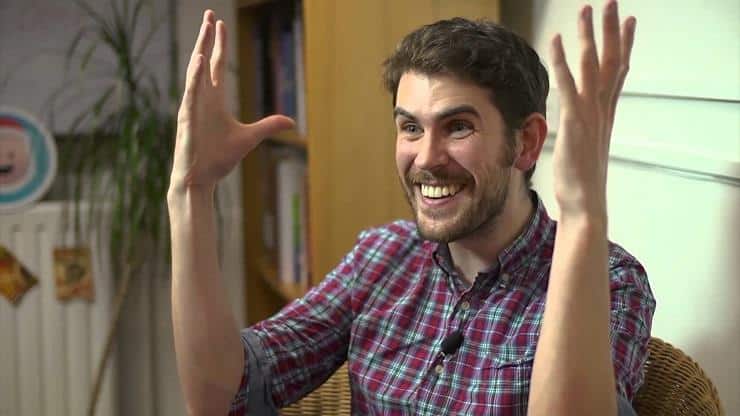 The launch of No Man’s Sky was, without a doubt, one of the worst in the history of the gaming industry. There was so much drama about what was promised and what was delivered at launch. Since No Man’s Sky’s launch on 9 August 2016, developer Hello Games and the game’s creator, Sean Murray has taken a lot of flak, some of it rightly so.

At times, it was called “One Man’s Lie” by angry fans. However, that didn’t stop Sean Murray and his team from continuing to work tirelessly on the game, bringing free feature update after feature update. It seems that their work and perseverance has paid off big time, as Sean Murray has revealed that the game is one of the best-selling new IPs ever.

Sean Murray spoke about his journey as a game developer at GDC 2019. It is a pretty interesting 18-minute video, focusing on all the struggles, the terrible launch and more. However, there is a bright side to all of this, as Sean Murray explained that:

No Man’s Sky, when it released, and also still two years later, has sold incredibly well. It’s gone on to be one of the biggest-selling news IPs of all-time, which sounds very weird to say out loud.

Check out the full talk below, captured by Cloud Runner on YouTube.

I have to give it to Mr Murray, as he and his team stayed strong and made their game better and better in the face of so much anger from the community that it is simply amazing that they are still going strong, in my opinion.

Just recently at Sony’s State of Play it was revealed that No Man’s Sky would be getting a full, free Virtual Reality update and honestly, it was one of the most exciting announcements at the event.

Grab the joystick and thruster to fly your starship over an unexplored alien planet as you peer out of the cockpit at the view below. Reach into your backpack to grab your multitool, touch it to switch to terrain manipulation, and carve out intricate shapes with unprecedented control. Play in multiplayer and casually wave to your friends non-VR friends or fist bump your PS VR peers.

No Man’s Sky VR is not a separate mode, but the entire game brought to life in virtual reality. Anything possible in No Man’s Sky, NEXT or any other update is ready and waiting as an immersive and enriched VR experience.

Related: All Sony’s State of Play Announcements And Trailers

Sillicur
PrevPreviousNew PS4 Exclusives Trailer Shows Ghost of Tsushima, The Last of Us Part II and More
NextSTALKER 2 Awakes From its SlumberNext