No, You Can’t Region Spoof the Disney+ App on PlayStation, Xbox or Really Anything

Disney+ is now available in South Africa. Users can download the app on mostly every platform and device around that has an app store of some sort. Be it your Samsung TV, LG TV, Android tablet, iPhone, iPad or Apple TV. However, users who watch content through their gaming consoles have been left in the dark as Disney has yet to roll out the streaming app on PS4, PS5, Xbox One and Xbox Series X/S devices.

While in life there are ways to get around issues like this, Disney+ has made it impossible to bypass the region lock on its US and EU apps. In short, if you want to watch Disney+ in South Africa, you need the South African app and no region spoofing works whatsoever.

This morning I tried to download the Disney+ app using my US and EU accounts on both my Xbox Series X and PS5. Sadly, while the apps launch without a problem, the region lock immediately kicks in and gives me an error. The error reads “Service Unavailable – Disney+ is unavailable in your region. Go to disneyplus.com to learn more”.

The app does have a log in button which is accessible. The login screen asked for my email address which is very different from the South African iOS and Android app that requires a phone number instead. Sadly, entering the email address which I used when I created my account didn’t work either. The app told me it could not find my account. 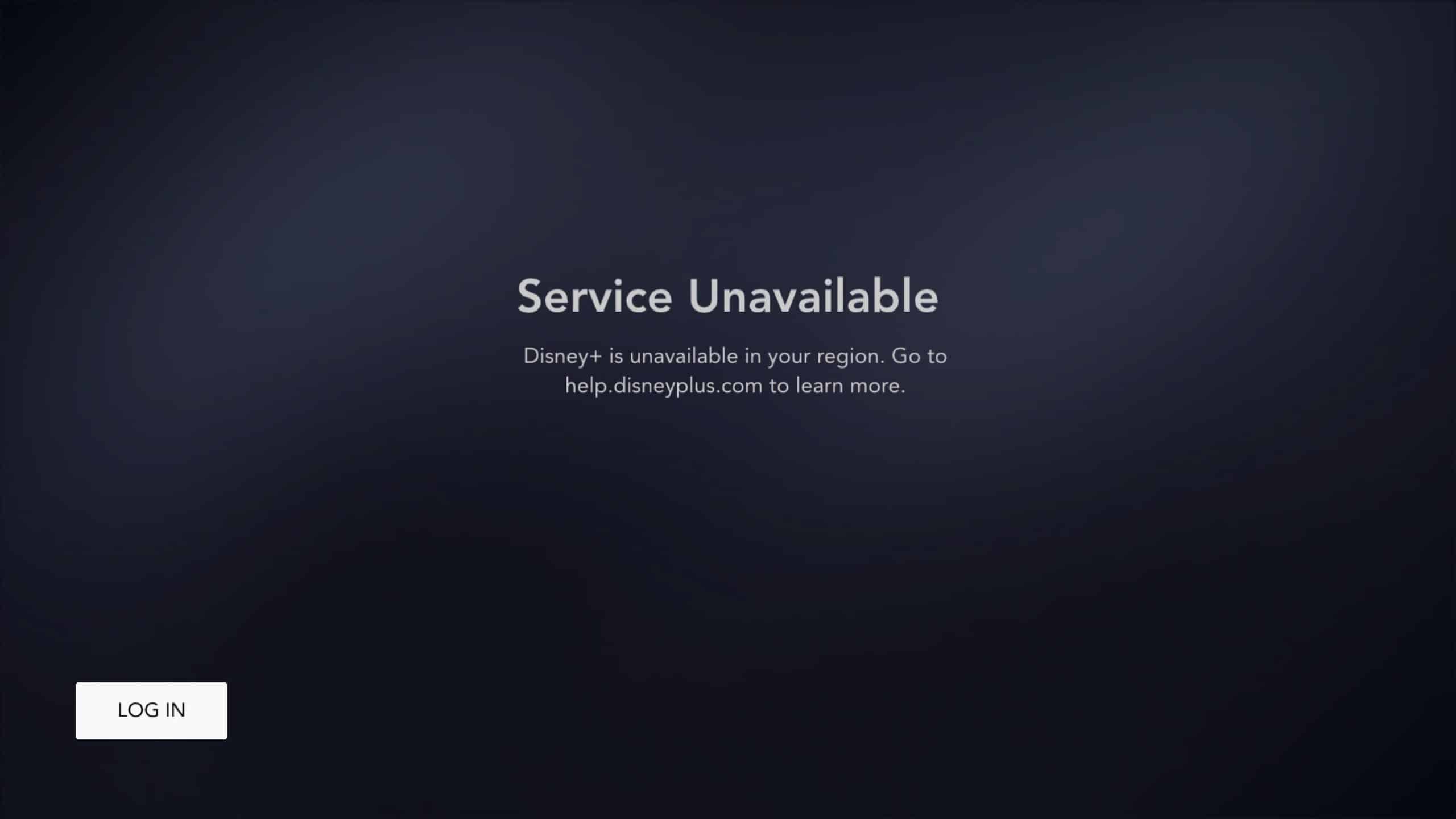 I then tried to log out of my US and EU accounts and launch the app using my South African account. The same error pops up.

I then tested another theory. I downloaded Disney+ from my US iTunes account on my Apple TV. Guess what? It gave me the same error as my PS5 and Xbox Series X.

It seems that Disney+ is locked behind an entirely different system in South Africa. Instead of using email addresses as account authentication, we use cellphone numbers. The app is also built specifically for our region. Just because you have the app already, perhaps you used a VPN before, doesn’t mean it will just kick over to the South African version when launched. You have to download the South African version right from the start.

So until Sony and Microsoft release out specific Disney+ app, you won’t be able to watch anything on your gaming console. Well, you could but that would mean downloading a US version and using a VPN. But then you’ll be locked into your US account and will have to make a whole new South African account when the app does release. Sounds like a pain.

Doctor Strange In The Multiverse Of Madness Easter Eggs You Missed