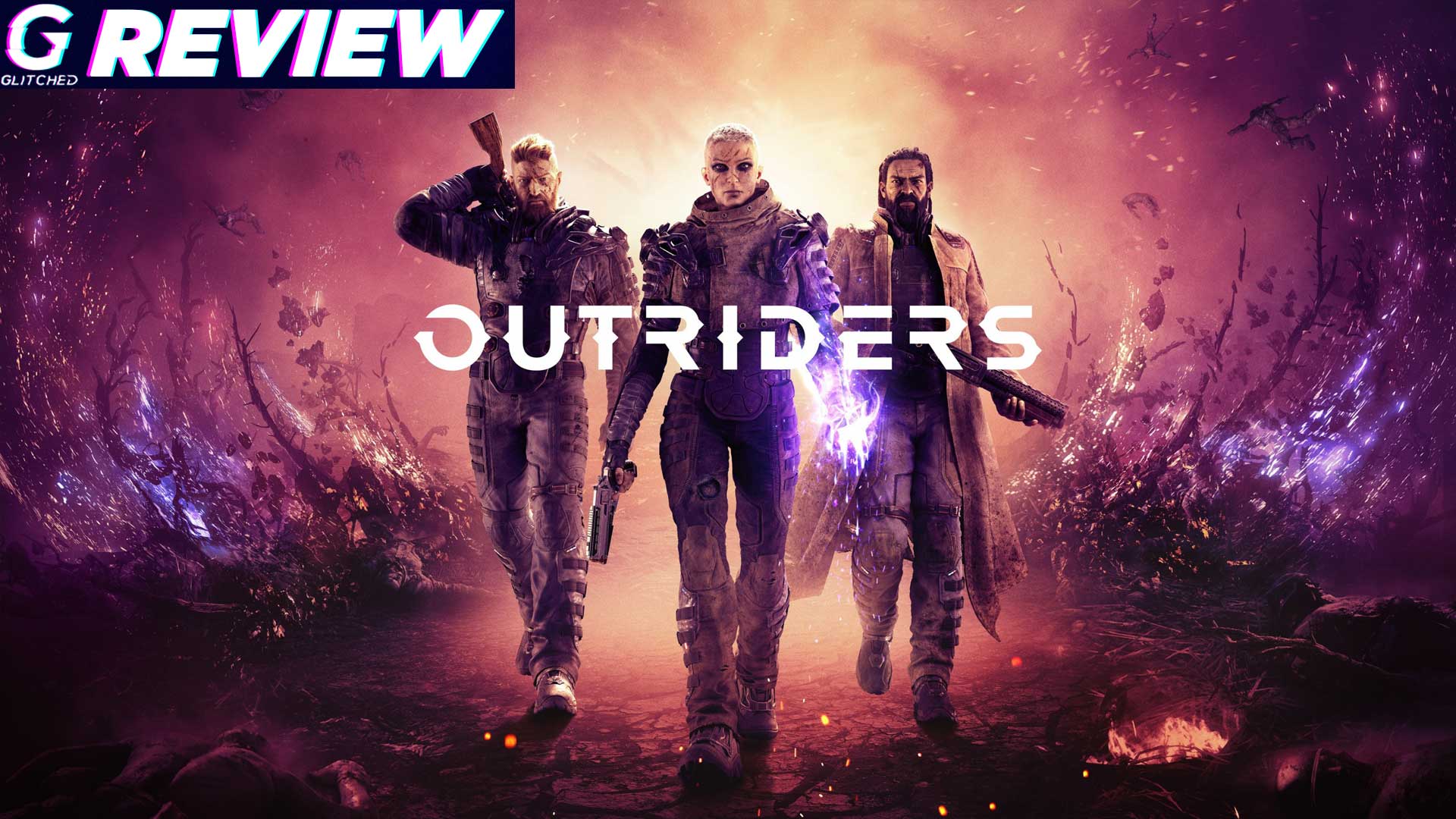 There is so much wrong with Outriders that the closest game I can compare it to has to be Anthem. I know it may sound harsh but my entire playthrough of Outriders was an appalling mess of mechanics that don’t work together, missing gameplay elements and not to mention bugs and game crashes.

The worst part of all is that People Can Fly don’t know what they want Outriders to be. Is it a looter-shooter? Is it Diablo 2 with guns? Is it a live service game? They market Outriders as a fully-playable single-player experience but it is far from it. It is impossible to play alone and in the later World Tier levels, if you don’t have someone by your side to help slay the dozens of overpowered enemies coming to kill you, you’re pretty much screwed. 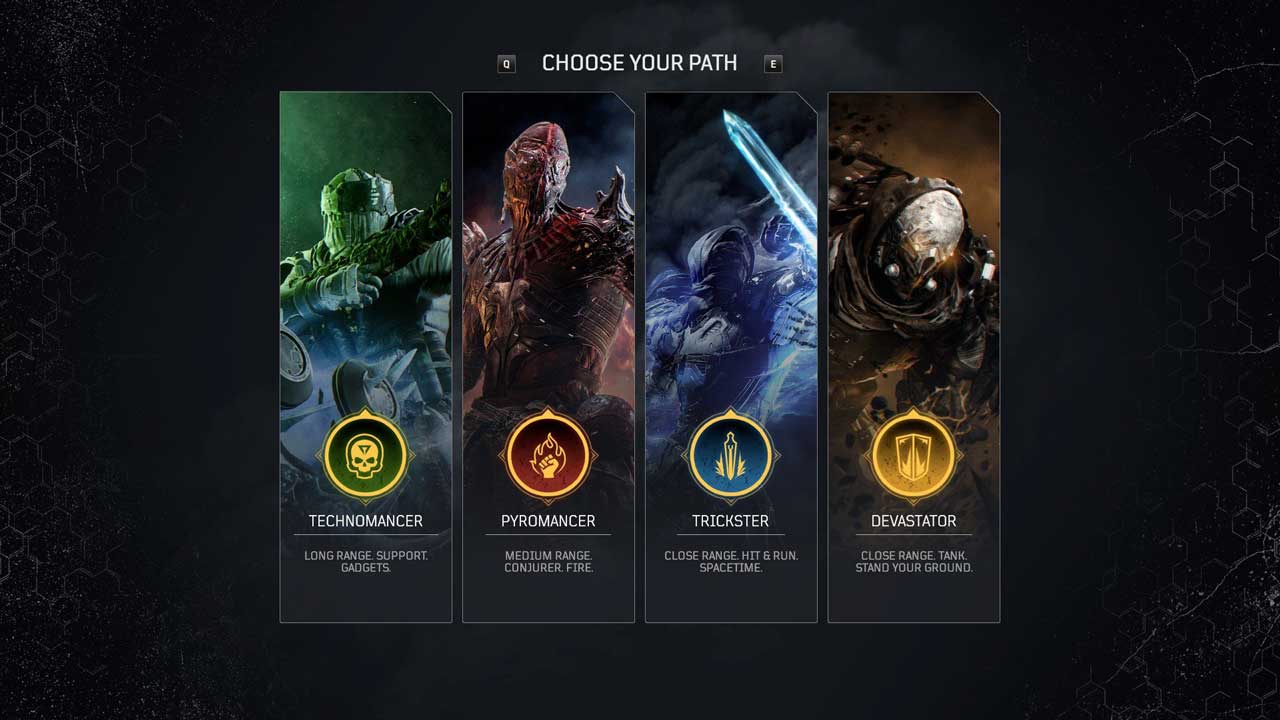 There are also some horrendous balancing issues in Outriders that works against the player. Abilities are weak, cooldowns take too long to refresh and just recently People Can Fly literally nerfed most damage and weapons players can inflict on enemies. This means Outriders is an even more infuriating experience playing solo and more challenging when you’re with friends.

Don’t get me wrong, I love a challenging game but there has to be a balance somewhere. If you die in say, Dark Souls, you learn from this. You find new ways to kill a boss or overcome an area. Even Diablo III follows this design approach. Better gear results in a smoother experience. 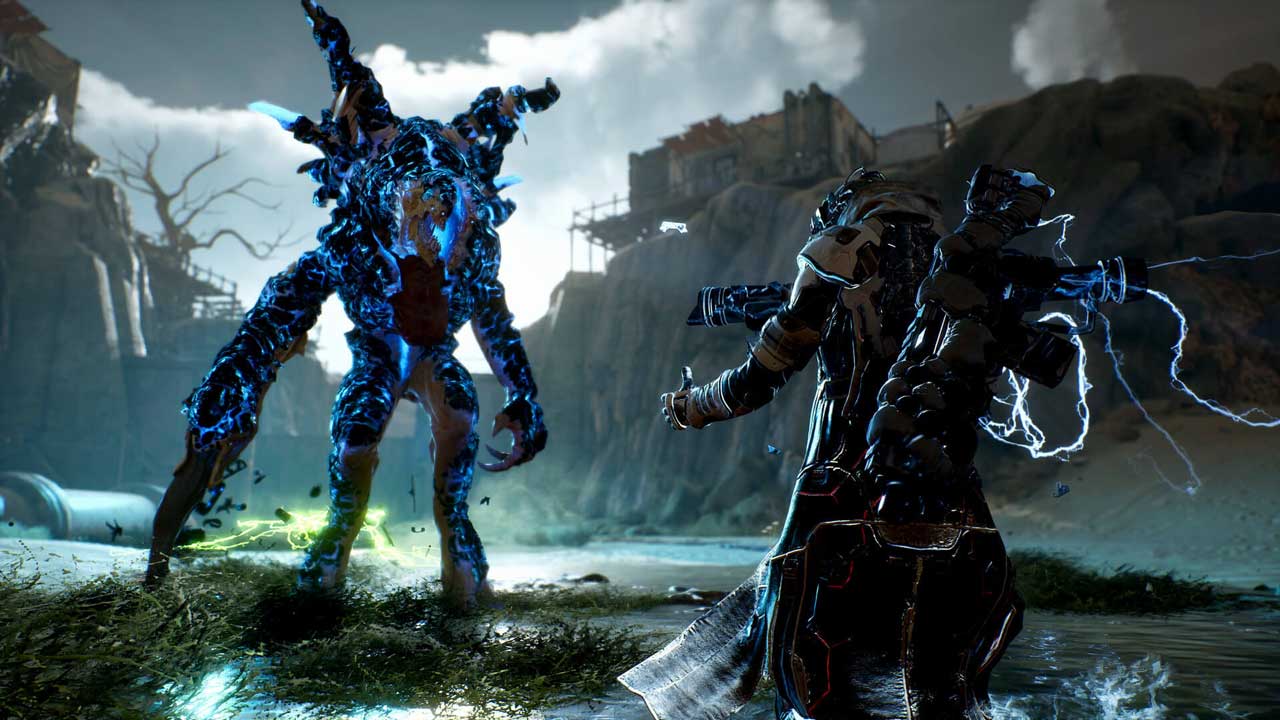 However, in Outriders, it seems as if People Can Fly wants the game to work against the player. You can’t be a sniper build because dozens of melee enemies come charging at you while armed enemies slowly creep up to your cover spot. You can’t be a close-combat build because now the Trickster’s abilities, which originally made the game hella fun, have been nerfed to shit. 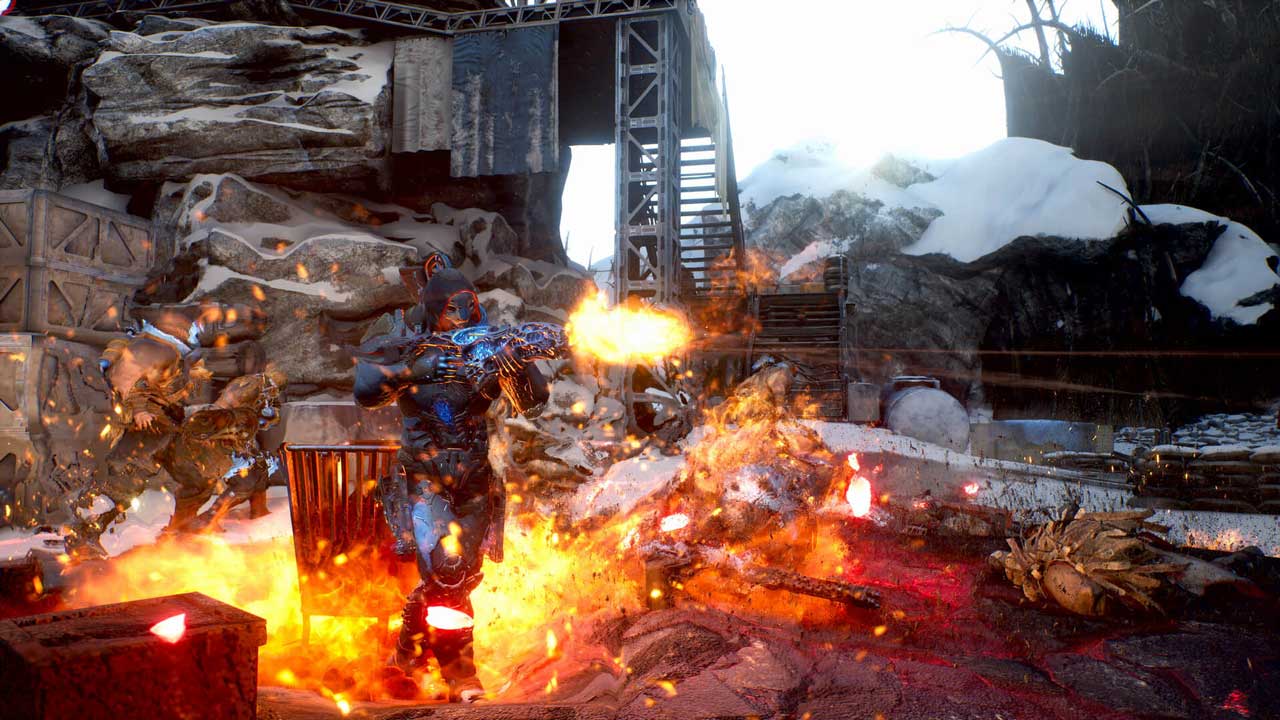 While the game gives you this freedom to build a class the way you want, you can’t because the gameplay is so one-note that it automatically puts you in a box. You can’t have fun and you have to follow the meta which is the only way to survive. Of course, if you play co-op things are a little different but don’t market this game as a solo experience and let turn your servers off for three days and make the gameplay impossible as a single-player.

Outriders just does not work in its current state and it won’t until People Can Fly are able to balance the game. I don’t see it happening unless they make it possible to solo-play it without getting your ass handed to you during the later World Tiers. In addition, the game needs work for co-op too. They need to stop nerfing abilities and damage and focus on the real issue here which are the enemies that never die and the unbalanced combat that ruins the gameplay due to its cooldowns and limited player effects. 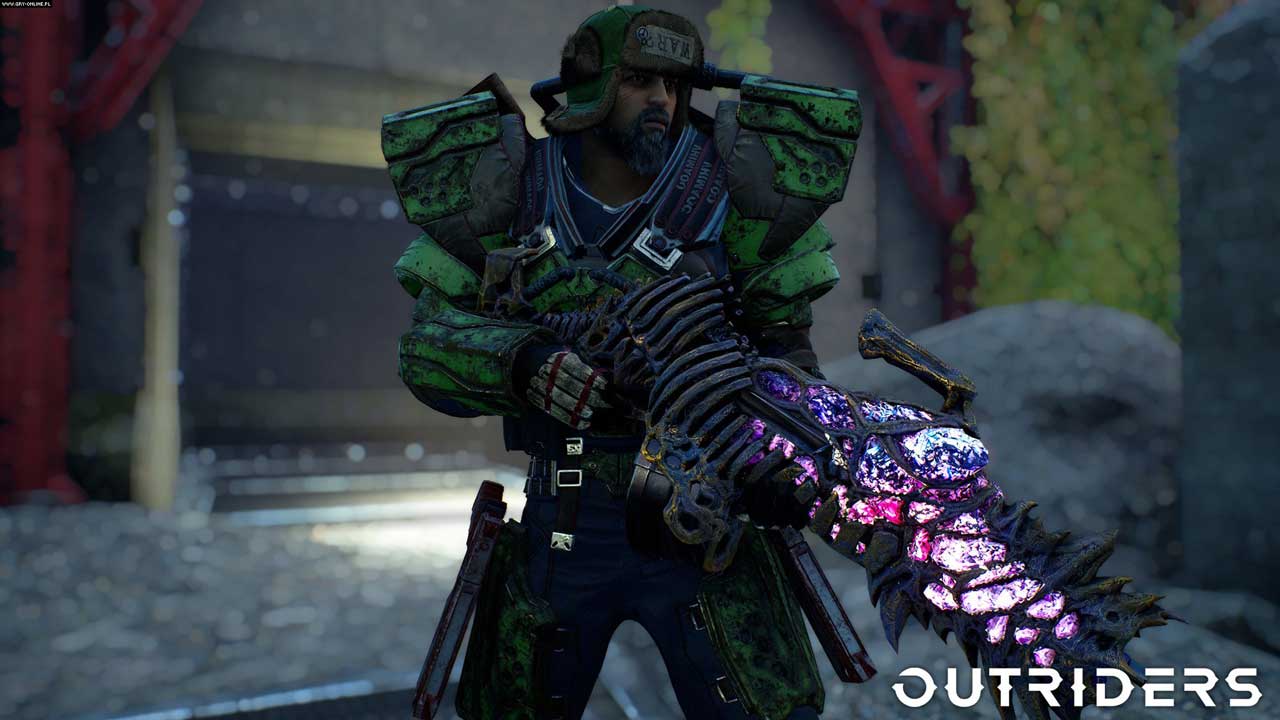 A big push for Outriders is the Expedition mode which acts as the end-game content. If you thought you could not complete the main game alone, this mode is going to drive you crazy. This mode includes 15 challenge tiers which you slowly creep through by completing the expeditions within a certain time limit. There are around 13 Expeditions you can take on with four rotating every time you enter one, die or leave the challenge. Each Expedition grants rewards based on the rank you get in the match. That rank then grants you a new level tier that goes up to 15. When you unlock 15 you gain access to the end-game raid Eye of the Storm.

Throughout it all, you also gain gear depending on your completion time. Even if you fail you get some gear so it is not that bad. But while the Expedition mode sounds great on paper, and has clearly been inspired by Diablo III’s torment level system, it too suffers from some serious balancing issues. Even with the best gear and build, which you are forced to constantly tweak due to ongoing nerfs and buffs, after tier 10 it becomes impossible to complete. 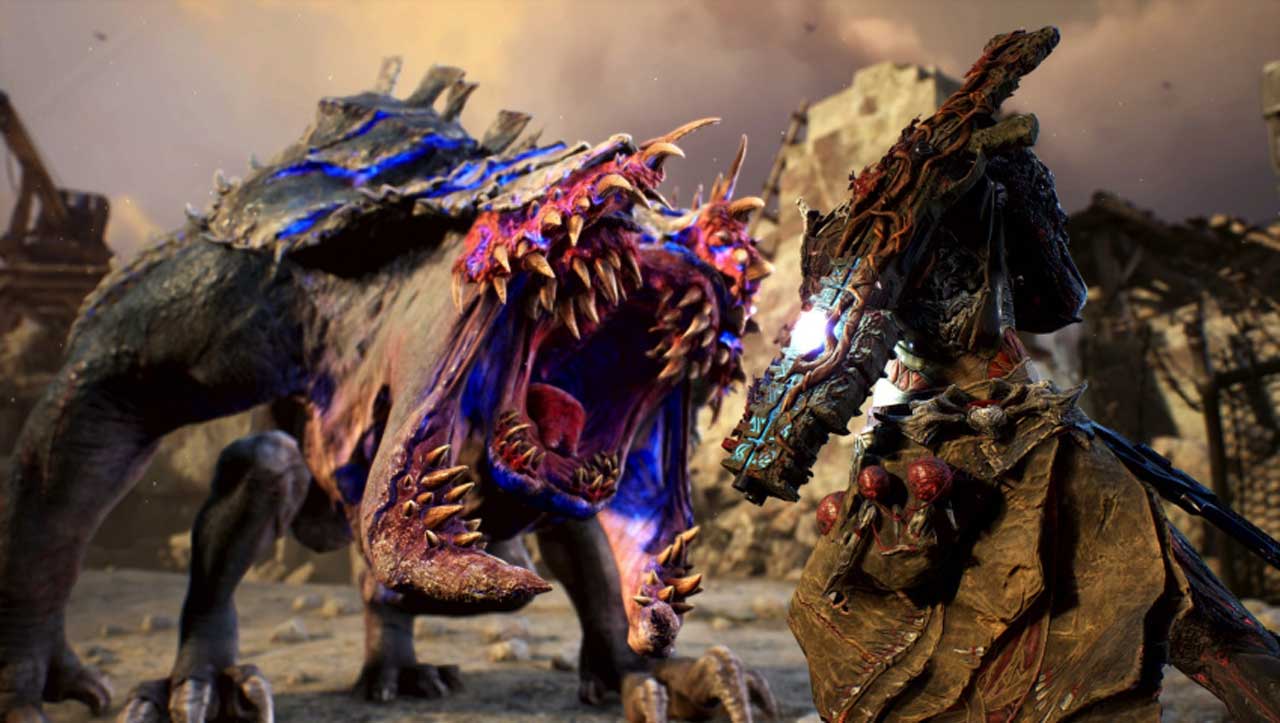 Enemies have hundreds of thousands of health, there are way too many of them and again unless you fit into the meta and play this mode the way the game wants you to play it, you’re pretty much screwed. You can play this solo but you will need to grind for days in order to get gear and build up your character. Then again, you need to worry about “is your character capable of doing this solo” with the playstyle you want. Chances are it is a no. So then again you need to fit into a box in a game that apparently lets you create the character build you want.

The balancing issues in Outriders brings down the experience across the board. Some abilities are just trash making other classes and builds the must-have in order to get through the game’s challenges. This is not how an RPG should work and it is sad to see it happen given the potential that Outriders has on paper. Even the Legendary weapon system falls flat because players can make their purple weapons almost as good if they are lucky enough to find a Legendary weapon that has an extractable mod. 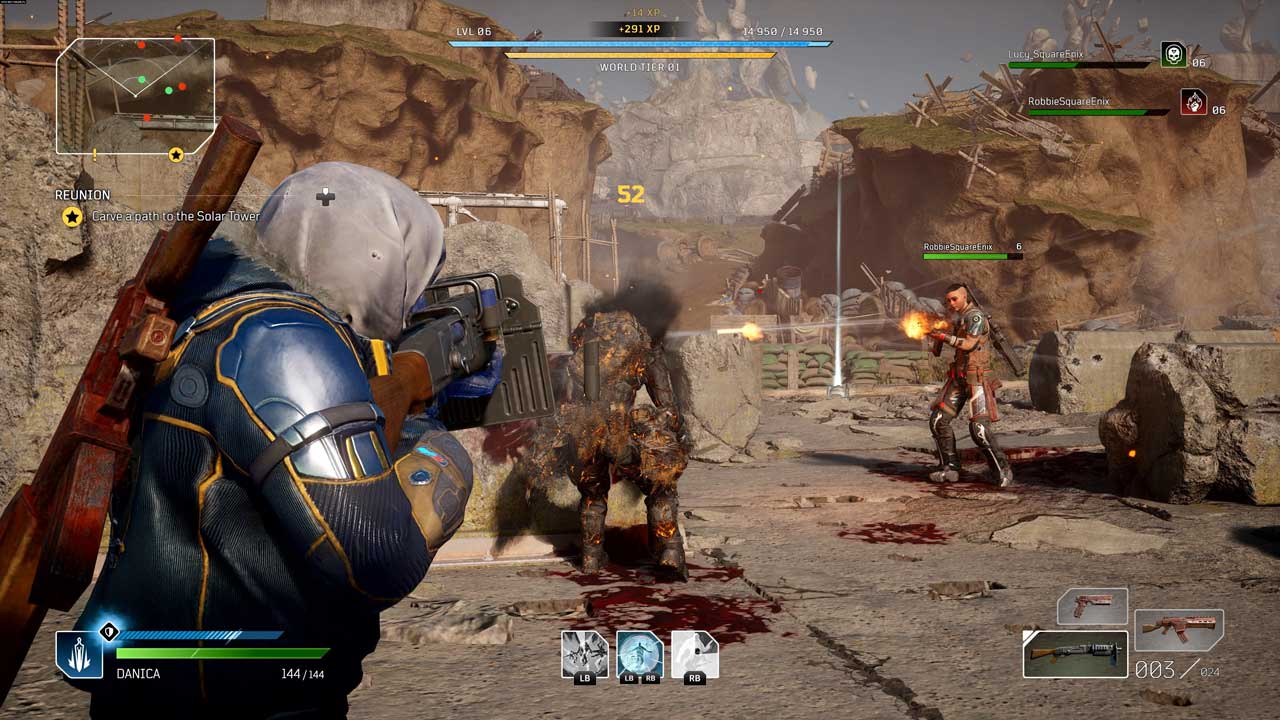 The overall experience of Outriders might seem fun and dandy to the overage gamer but when you dive into the RPG mechanics, or the lack thereof, the ugly, unpolished and amateur balancing systems rear their ugly head. Anyone looking at this game as an “end-game grind” is going to have a tough time because there is very little freedom to play the way you want because the combat has been crafted to push you into a narrow corner where your character builds better be good enough to fight his way out of it. Most of the time, the skills and weapons just don’t let you.

Outriders is a good campaign and the story holds up quite well. There are some shocker moments and I honestly did not expect the characters and general narrative to be as strong as it was. Of course, there are some cringe story moments and annoying personalities but the game carries its own right up until the end and I enjoyed it. It also helps that it looks gorgeous. There are loads of areas to explore and each of them has been carefully crafted to the utmost detail. The forests and dense and littered with fallen trees. The sandy wastes include towering rib cages of once-mighty monsters. It works and gave me that alien planet vibe I have been longing for. 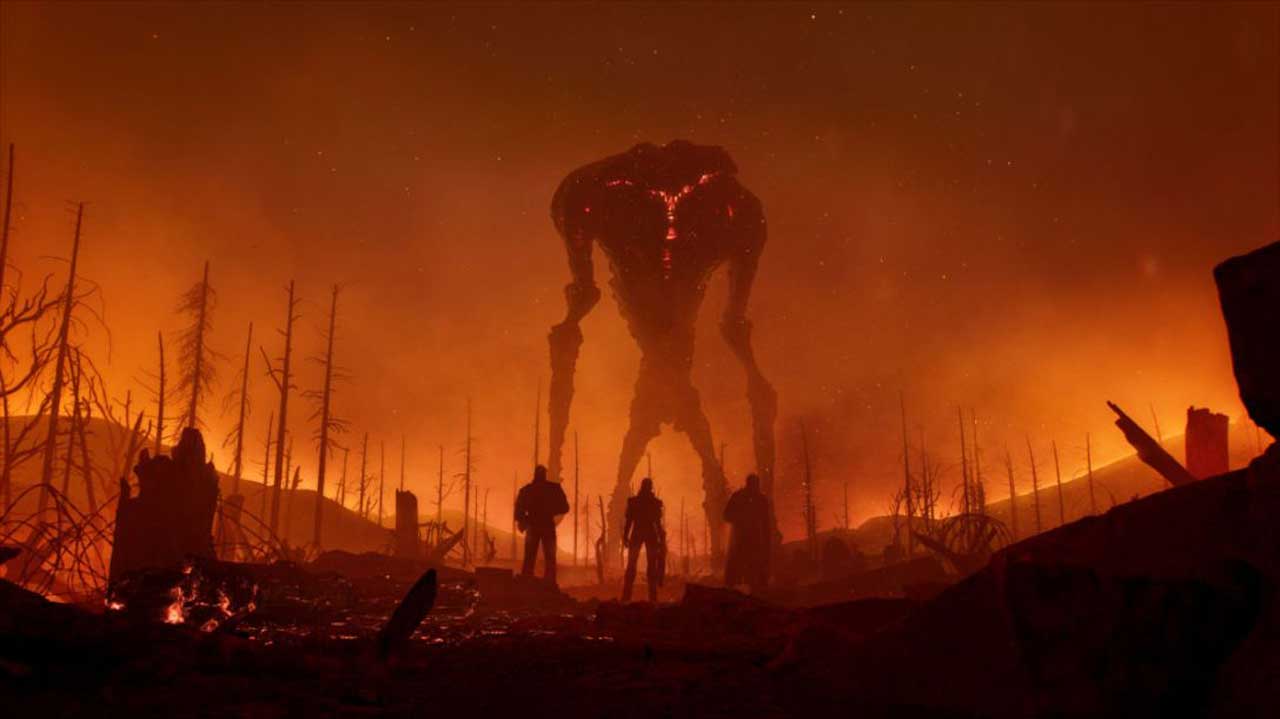 But just like the general gameplay, Outriders is an absolute chore to play to the point where it becomes infuriating to do the dumbest tasks. The map, which is tucked away in the menu does not show you the actual location of the player at all. So instead of knowing where you are going and how to access that thin branched-off path on the side to go and hunt down a monster, you spend what feels like forever walking around hoping you find the pathway to your objective. Why is the map utter garbage and why is the mini-map just a radar?

If the game emphasises exploration then let us explore without having trying to drive us up the wall searching for the destination. To make it worse, the objective markers also don’t work…. They show you to walk one way but it is wrong and you never get to your destination. Even getting around is tiresome. You can’t travel from one flag to another flag in a different area. You have to go back to your camp and speak to some guy in order for him to drive you to the region you just came from. This meant that every time I had to turn in a hunt I would have to go back to camp, then go back to the town and then rinse and repeat to get back to the point where I left. What year are we in? 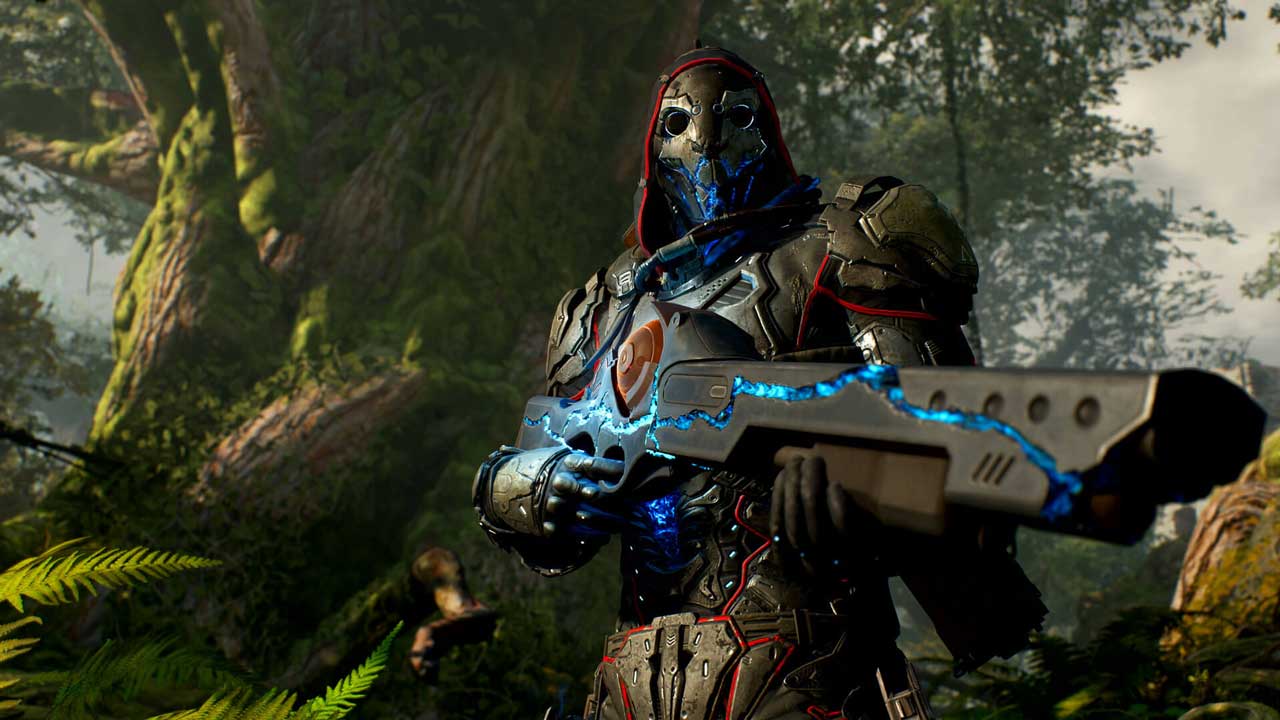 Enemy variety is also a major issue for me. While the game’s bosses kept the fights entertaining, there are less than ten different variants of enemies and most of them are the same type of monster but in a different colour. Some are even bigger forms with different names. We are on an alien planet, surely there are more things living around here than the basic trash mobs and oversized mosquitos. It got very boring very quickly. I was hoping for new monsters to face when I entered a completely different biome but instead I got brown husk monsters compared to green ones.

We also need to touch on the launch weekend issues and constant server problems that plague Outriders over a week later. Cross-play is unplayable at the moment. Even getting into the game is a chore as it often hangs on “Signed In” for five minutes and nothing happens. I have to often restart my game four or five times to log in. This being after the game was down for almost three days at launch. During one evening, I had seven game crashes on PS5. Not to mention that if you are playing c0-op with a friend and they get kicked, the game does not know what to do so it just crashes back to the home screen. Who play tested this?

Underneath it all, Outriders can be fun. However, the RPG side of things and the bland enemies make it forgettable. I was hoping to have all four classes maxed out but I just can’t even bother. Some are impossible to play because of the massive balancing issues and others might be strong now but People Can Fly seem to be destroying the game with nerfs. It is hard to recommend this title to anyone. With the server issues, game crashes, missing features and broken gameplay, Outriders is just bad. It is going to take a lot of work to fix it.