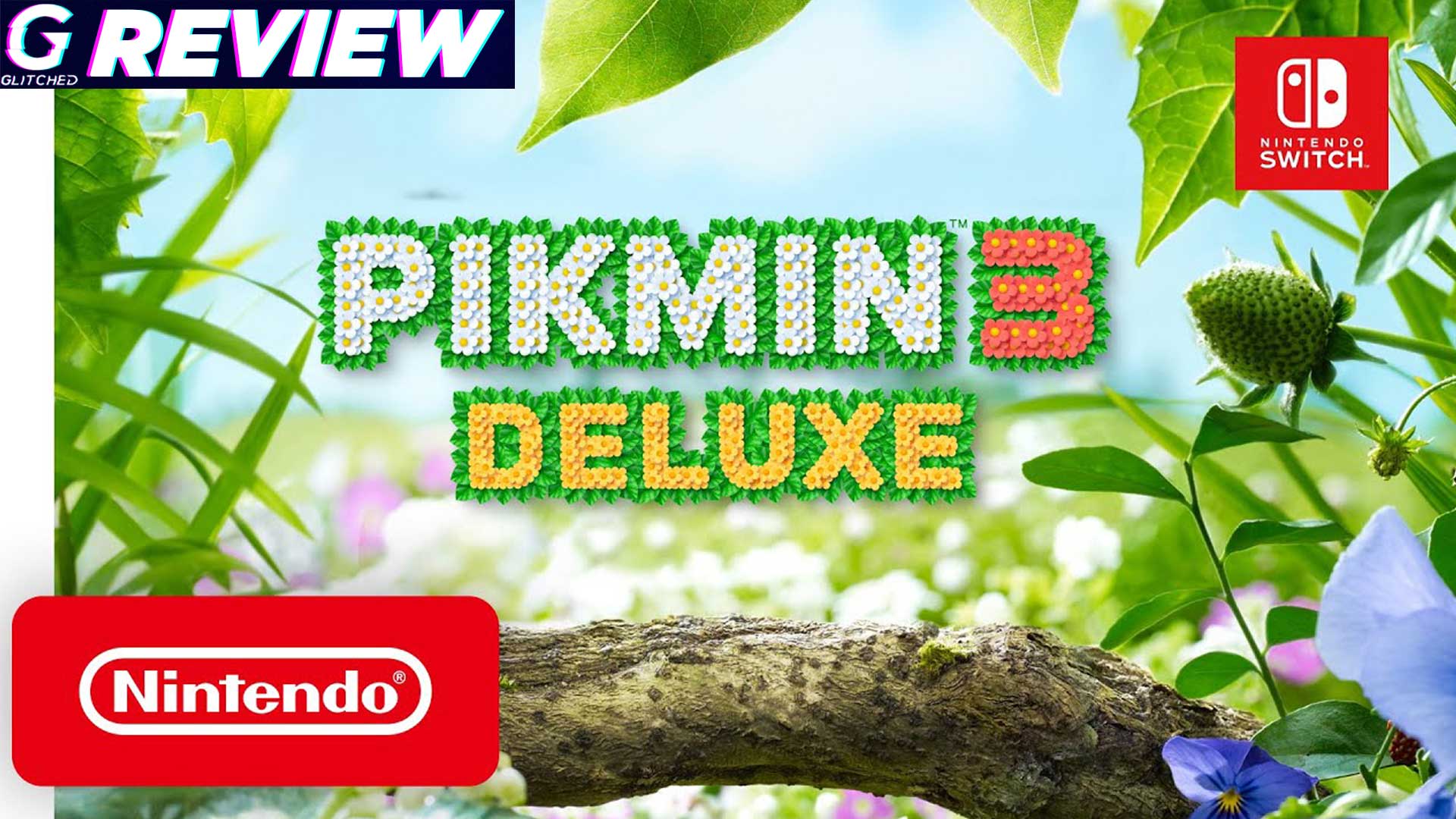 Instead of working on a brand new Pikmin 4 game, Nintendo decided to remaster its Wii U release of the game. They are indeed working on a fourth game but we have not seen anything about it so far. It makes sense given how most great games on the Wii U were restricted by the console’s poor adoption rate. The Pikmin series is quite old so veteran fans will find any reason to jump on board here and the trip is somewhat worth it. Pikmin 3 Deluxe just simply works on the Nintendo Switch and while the game lacks any major new features, its fun to revisit this classic.

The best part about Pikmin 3 Deluxe is how accessible it is. I have not played many games in the series and still find the concept of controlling dozens of little plant-like alien creatures a little daunting. However, the game feels great, controls are easy to master and if you have never played a Pikmin game before then this is a fantastic place to start.

Pikmin 3 Deluxe follows the story of three tiny people who get stuck on a planet while searching the galaxy for food to save their dying world. There are a few plot points that touch back to earlier Pikmin games. However, they never make a big enough impact to worry about not knowing what is going on. 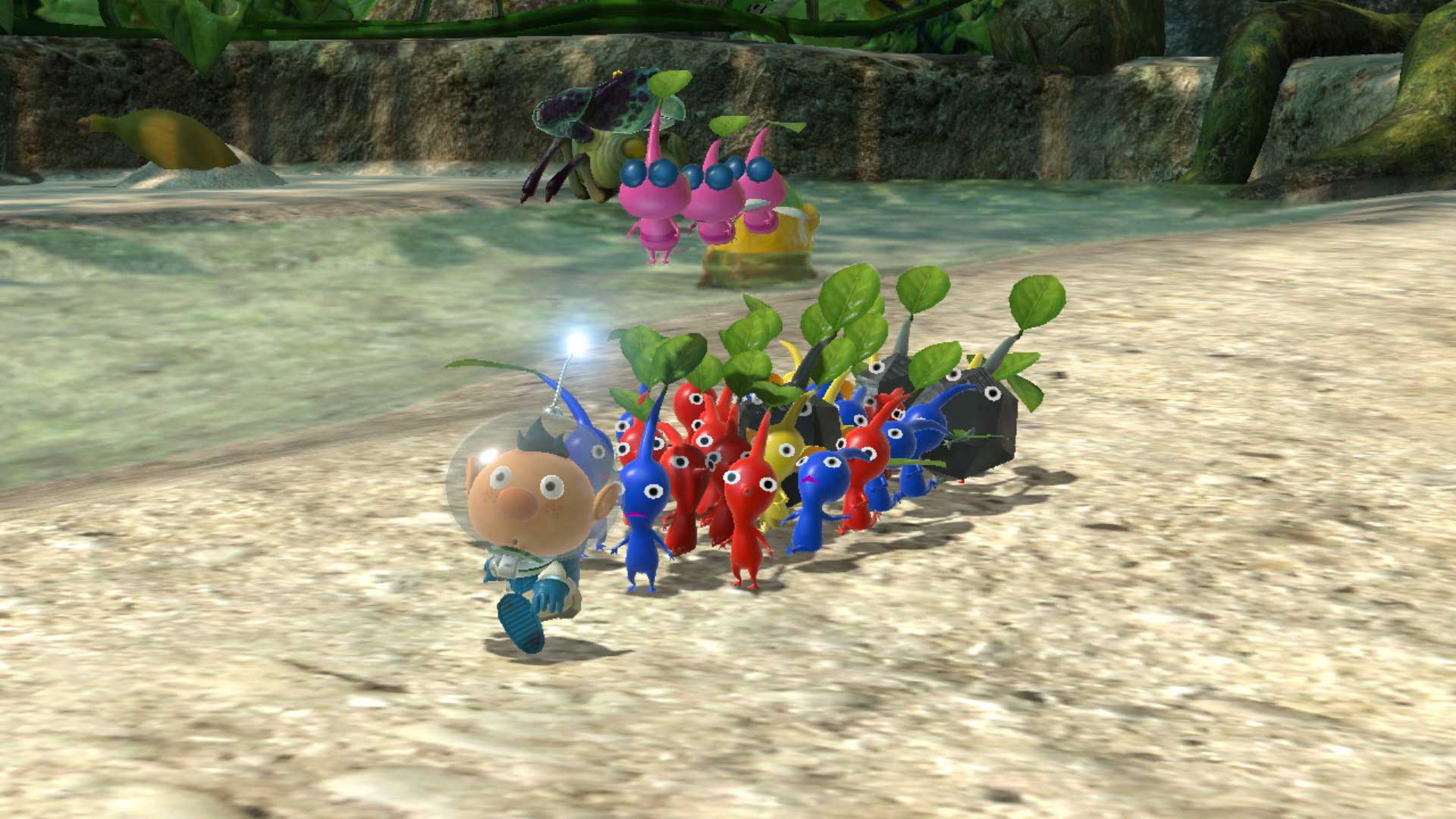 Thankfully, the game also provides some great lore into the entire universe so players can catch up on the story, plants and even items you might stumble across during your playthrough. There’s also a new prologue and epilogue in this version of the game which is focused around the original Pikmin characters, Captain Olimar and Louie. There’s a lot to be excited about after seeing this chapter play out which will surely help hype up fans waiting for the fourth game.

For those who have never played a Pikmin game before, Pikmin 3 Deluxe is basically a strategy game. It is all about time management as you make use of the Pikmin you have and explore each stage while trying to get as much done as possible before nightfall. You see, once night time arrives, the deadly creatures of the planet arrive and can most likely gobble the characters up. Each day is divided into 15-minutes so balancing your activities while gathering enough fruit to eat overnight is key to survival. 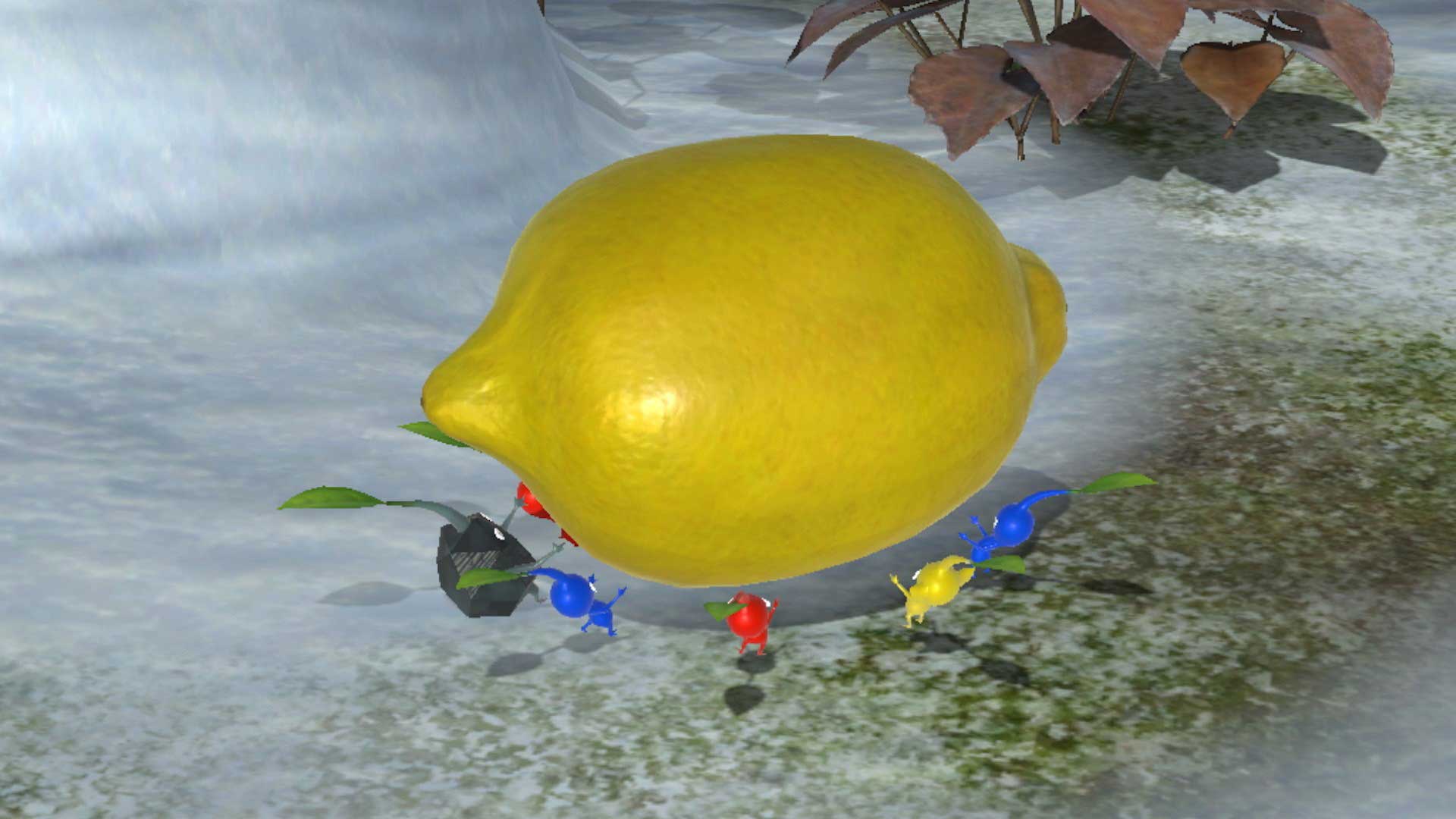 This sort of gameplay approach may have worked on the Wii U but it works even better on the Nintendo Switch. The device’s pick-up-and-play approach makes these bite-sized missions a joy to experience. One while in bed before you turn off the lights and sleep, perhaps one on the toilet? I don’t know where your game….

If you have played previous Pikmin games then you will know it is mostly about controlling these plant aliens as you explore different areas, fight enemies and get around. Of course, the Pikmin are your tools and you can’t do much without them. Each of them has their own abilities, resistances to specific elements and this results in their usability in the game. Tossing a Rock Pikmin at glass or crystals shatters it, Red Pikmin are good fighters and Flying Pikmin can get to those hard-to-reach areas and carry items over gaps. However, Pikmin 3 also introduces the ability to control three different leaders which means puzzles and exploration gets more complicated and the strategy of it all is cranked to the max. 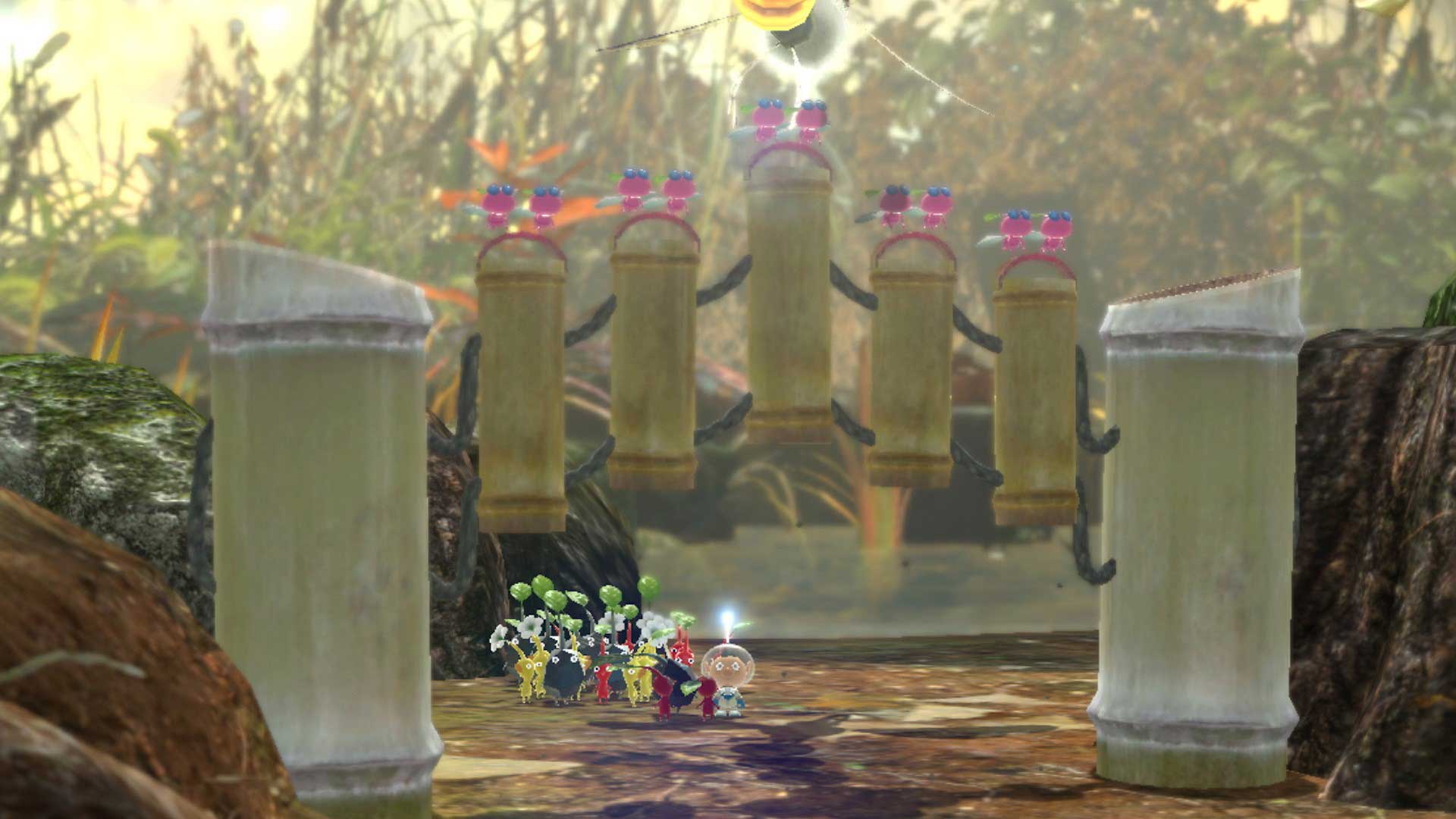 It is all about “party management” in a way. Collecting, throwing and using each type to perform specific tasks. While the game starts off slowly before I knew it I was building bridges, fighting enemies, collecting flowers that give birth to new Pikmin and sending others to get fruit all at the same time. It often felt like that great moment in a city builder when the foundations of the city were set, I had the power lines created and a decent population which just got on with things. You just sit back and watch everything happen until the time comes where I had to move on. It felt great. 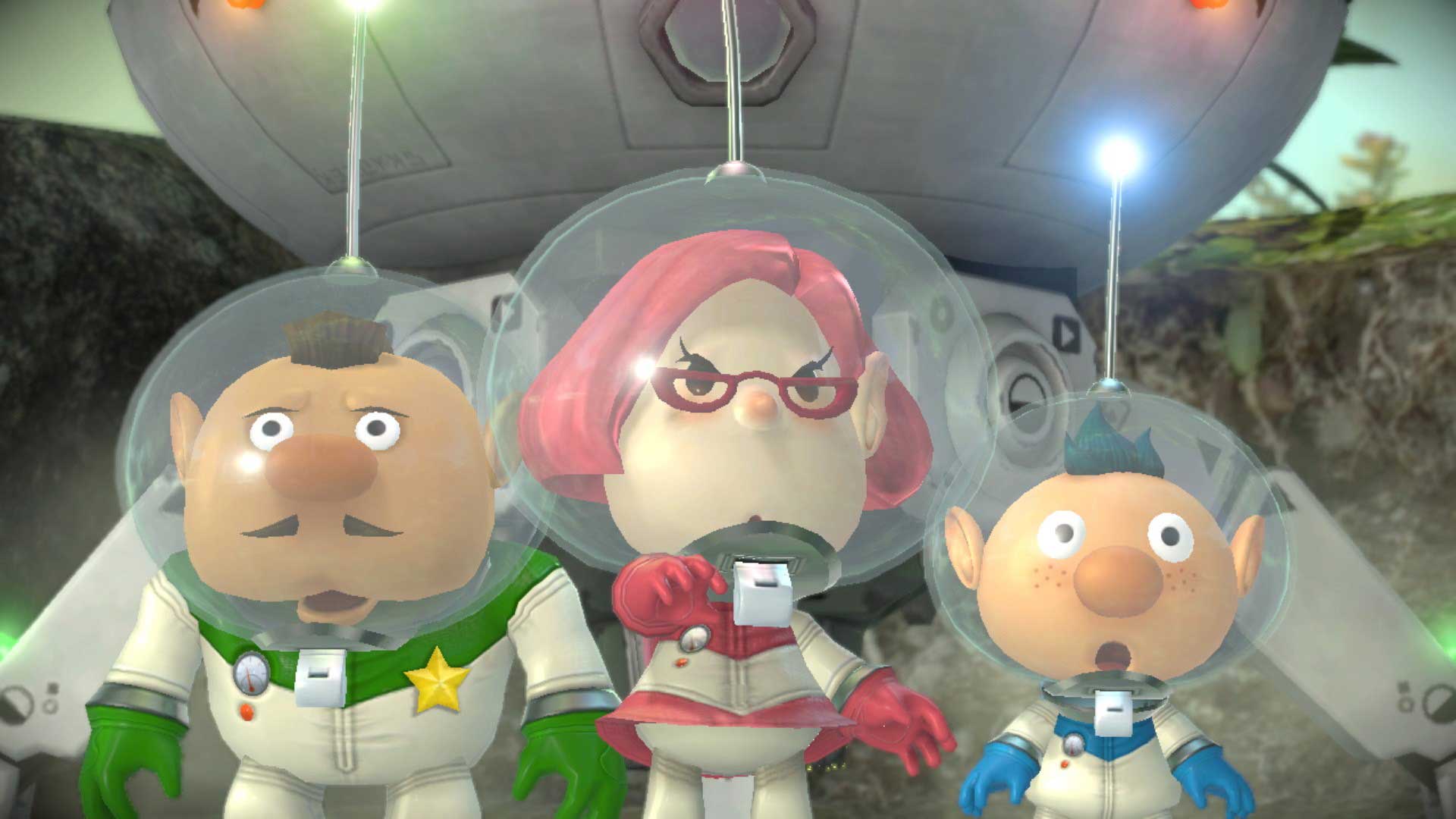 Pikmin 3 Deluxe has its own set of new things happening too. Some of the game’s mechanics have been moves around such as the map due to the lack of a second screen. It takes a while to adapt to the new changes but Nintendo made sure to make it as versatile as possible. There’s also a handful of difficulties now including an “Ultra-Spicy” one which reduces the amount of Pikmin I had on the field from 100 to 60. In addition, I got less juice from the fruit I found in the stage. Nintendo also worked hard to make some improvements to the controls. Lock-on feels better and allowed me to move around easier during combat. It is no doubt the best way to play this classic game.

Pikmin 3 breathes new life into a classic. There’s a lot of love and attention been put into perfecting the experience for a very different console. When there’s a lot going on, Pikmin 3 is fantastic and feels like nothing else around. If you have never played this you should. If you have played it before, you need to do it again.

This Pikmin 3 Deluxe review was based on a code sent to us by Nintendo. 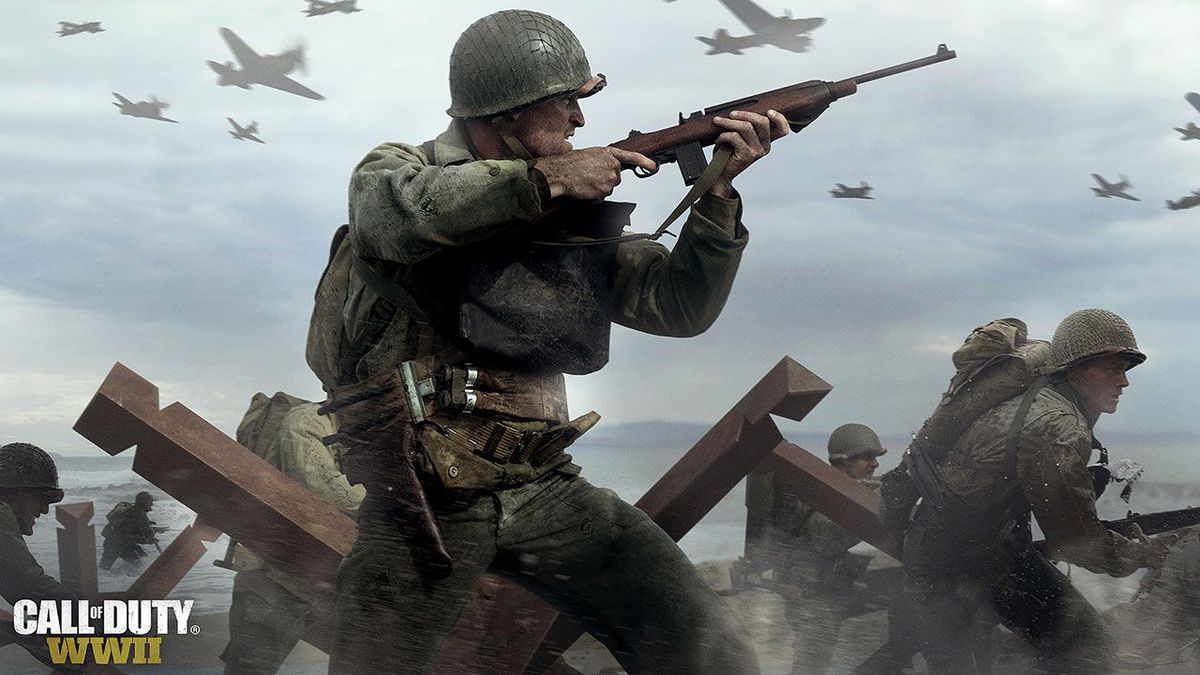