Apart from taking on massive alien creatures, and running around a buggy, futuristic city, I love a good old park simulator and Planet Coaster Console Edition is it. This stems from my childhood as I spent countless hours building zoos and amusement parks. I don’t find anything more enjoyable than getting lost in the graphs, visitor happiness and making sure my profit margins increase year on year. Planet Coaster on PC is a joy to play. I have been returning every now and then to create a park and watch it grow.

We know park simulators are best played on PC. This is thanks to the mouse and keyboard support. Jumping into Planet Coaster Console Edition, the one thing I wanted was a simulator game that worked flawlessly with a controller. Sure, you can opt to use a keyboard and mouse in the game but if I could sit back on the couch and manage my park with a controller, it would be heaven. Thankfully, Planet Coaster Console Edition is just that. Not only does the game run extremely well on the PS5 even with the densest of parks, but the controller layout is fantastic too. It feels as if the game has been built for the console.

Anyone who has played Theme Park or Rollercoaster Tycoon will feel right at home in Planet Coaster Console Edition. It is a modern take on the genre but allows for more freedom when it comes to creating buildings and crafting the perfect amusement parks. There are layers to Planet Coaster Console Edition which all come to light during the campaign. This mode includes a range of scenarios which asked me to complete specific tasks. Be it building a rollercoaster with a set length and excitement rating or turn a rubbish island into a thriving park.

The campaign is great. Every scenario tested not only my patience but also my creativity as I was often dropped into a failed amusement park and asked to bring it back to life. The selection of stages and themed parks meant that I was able to create a night-time futuristic park during one scenario and then jump into the next one and let my pirate flag fly. 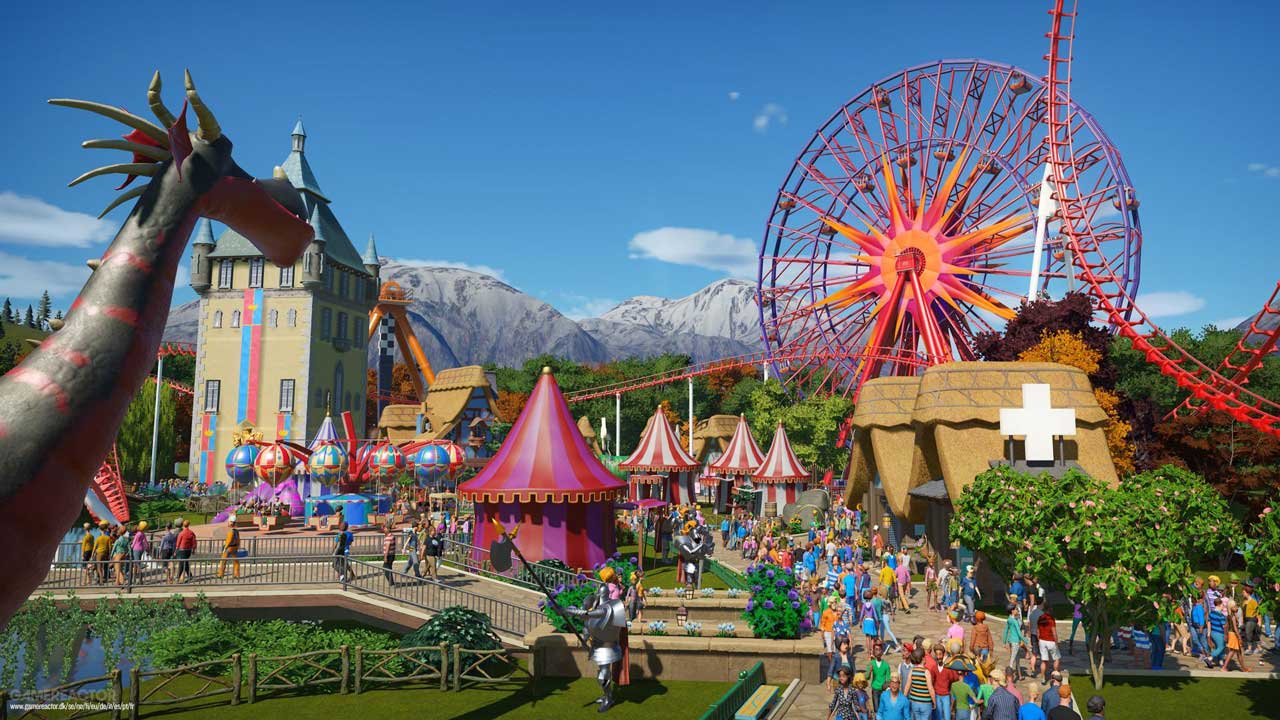 Throughout it all, I learnt the ins and outs of the amusement park business and there’s a lot to learn. I had to first lay down the foundation of my park. Set out where I wanted my rides to go and how I wanted my guests to explore the soon-to-be rollercoaster metropolis. I placed down rides, built paths, planted trees, installed security cameras, built food stores and then hired staff to run this all. Everything I built came with its own system so to say. The shop had its own set of prices I had to manage. The ride came with its own queue I had to decorate so the guests were happy. The trees added to the park’s rating. The path needed dustbins and staff to clean it and all the staff had to be kept happy and paid a fair wage.

While this may sound daunting at first it is actually quite enjoyable. It makes managing everything in the game worth the time. You see, the staff help make the money but you have to keep them trained, pay them right and make sure they have a decent workload. If not, they quit. The rides are then the biggest revenue stream so they had to be attractive, placed in the right spot and priced just right. All these systems merge together so while I was busy constructing a new part of my park on a small island to the north, everything I worked so hard on just ran like a well-oiled machine. Things don’t always go as planned though. Rides break down which cause a massive dent in your revenue stream. Guests can start breaking stuff. Staff get upset and demotivated over a range of issues, and this all results in a drop in happiness. Unhappy guests and staff mean less money for me. In a way it is greedy but who cares. I was the businessman flying in the clouds above and the people below were my servants. It felt great.

Planet Coaster Console Edition truly put everything in my hand. Every aspect of the park was available to me and every stats was important. There are a lot of menus to master though but not all of these menus play into the success of your park. In short, you need to have your staff and guests happy and make sure you are bringing in enough money to keep that up. 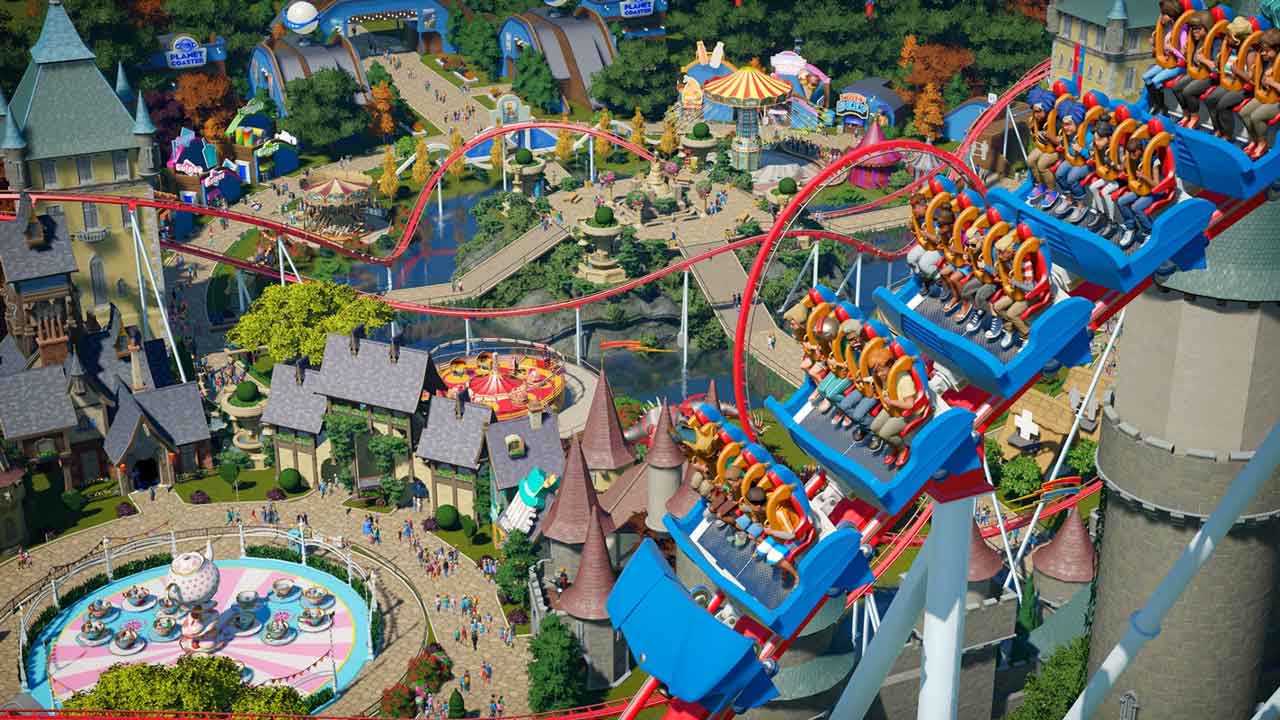 The guests, in particular, are fussy and often quite annoying. They are forever thirty, always complaining about the litter on the floor and the lines for the raised are always too long for them. Two dozen hours in the game I realized that there are just some things I cannot control. I don’t know if the game was bugged but I was constantly spammed with the “many guests are thirsty” notification regardless of how many damn juice shops I opened. The thirst bar was on 60% so what gives? Also, how in the fresh hell do I make your wait in line shorter? If the ride is popular, you are going to have to wait. These are just a few annoyances I faced in the game when it came to keeping the guests happy.

Building a rollercoaster is a massive part of Planet Coaster Console Edition. These machines bring in the most moola but cost a lot of money to make and require patience. Unlike past Roller Coaster Tycoon games where you can simply build the craziest ride, you have ever seen, Planet Coaster needs you to stay safe. Drops, curves and twists can’t happen too often and too faster either. Bends and ramps need to gradually get intense. If you try and create something too intense, the rating of the rollercoaster will prevent you from opening it. While I get the systems in place here, it kind of got in the way at times. I had a vision in mind and because the loop around the dragon castle happened too fast, I was unable to open the ride. 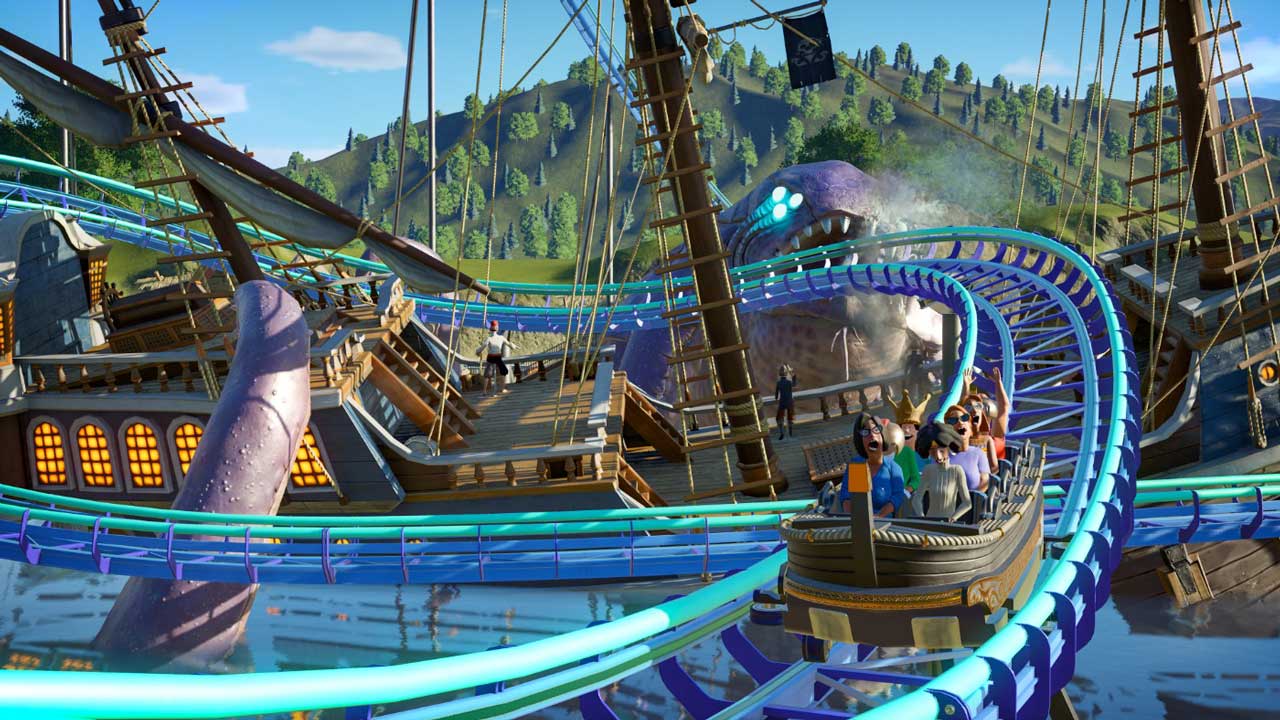 Although I managed to build my own rollercoaster a few times, it was just easier and after to buy a pre-built one and place it down somewhere. This is also due to the clunky controller systems in place here. Tinkering with a track and trying to get the perfect drop was a challenge with the buttons. No matter how much time I spent in the mode, I still had moments where I wanted to toss my controller because the angle snapping just did not want to work with my analogue direction.

Apart from the campaign, Planet Coaster Console Edition also includes a sandbox mode where you have unlimited funds and can build and create as much as you want. There’s also the challenge mode where you can choose from a range of difficulties and try and overcome all sorts of challenges. Once I completed the campaign, this was a great mode to jump into. 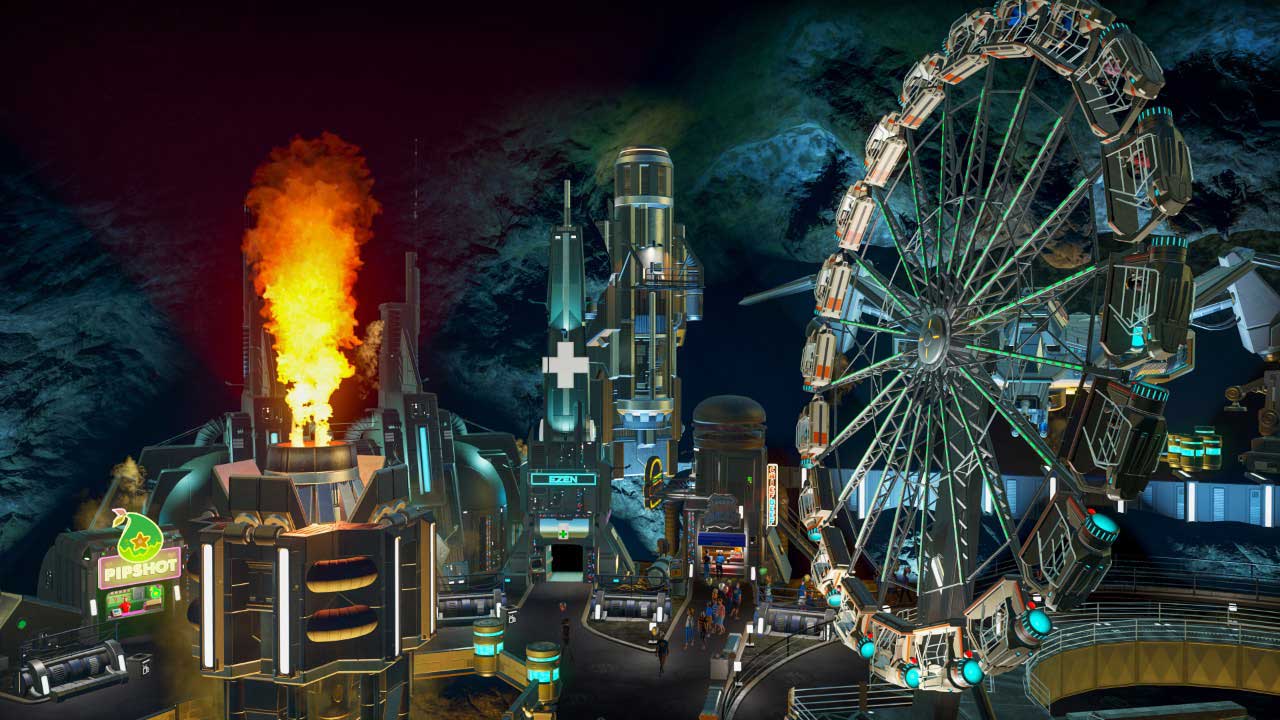 So is Planet Coaster Console Edition easy to play with a controller? Well, that depends on what you’re doing. For the most part, everything in the game works pretty well with a controller except for building coasters and the creation mode. Here you can literally build your own items and building to take into the game with you. Building requires precision and placing walls and objects close together. The camera movements and moving the item around simply don’t work with the controller.  Thankfully, the best parts of Planet Coaster Console Edition make up for the smaller controller hitches I faced in the game.

Before I score this game I need to mention how frustrated I was to see that Frontier Developments did not waste any time releasing DLC for the game. Seriously? Could they have not just bundled it together for us console gamers who pay way too much for games already? If this turns into a massive DLC fest, it will definitely be a step-down.

Planet Coaster Console Edition is the most fun you can have in a park simulator on console. I have all the PS5 launch games and more and I spent most of my December break stuck in this game. It is loads of fun and if you have ever enjoyed Rollercoaster Tycoon then you are going to enjoy this too. Now we just wait for Planet Zoo Console Edition… Please, Frontier…