The Plantronics Rig 500 headset offers great value for money when you look at its overall package and what it has to offer. 7.1 surround sound, a cool modular design, and two separate earcups for more comfort over feature, and a changeable headstrap for even more customization. The RIG 500 is an old device, released back in 2016 but the headset still holds strong today and makes for a great buy. It also has a great range of versatility thanks to its multiple console and PC support. Not to mention that the headset is super comfortable. 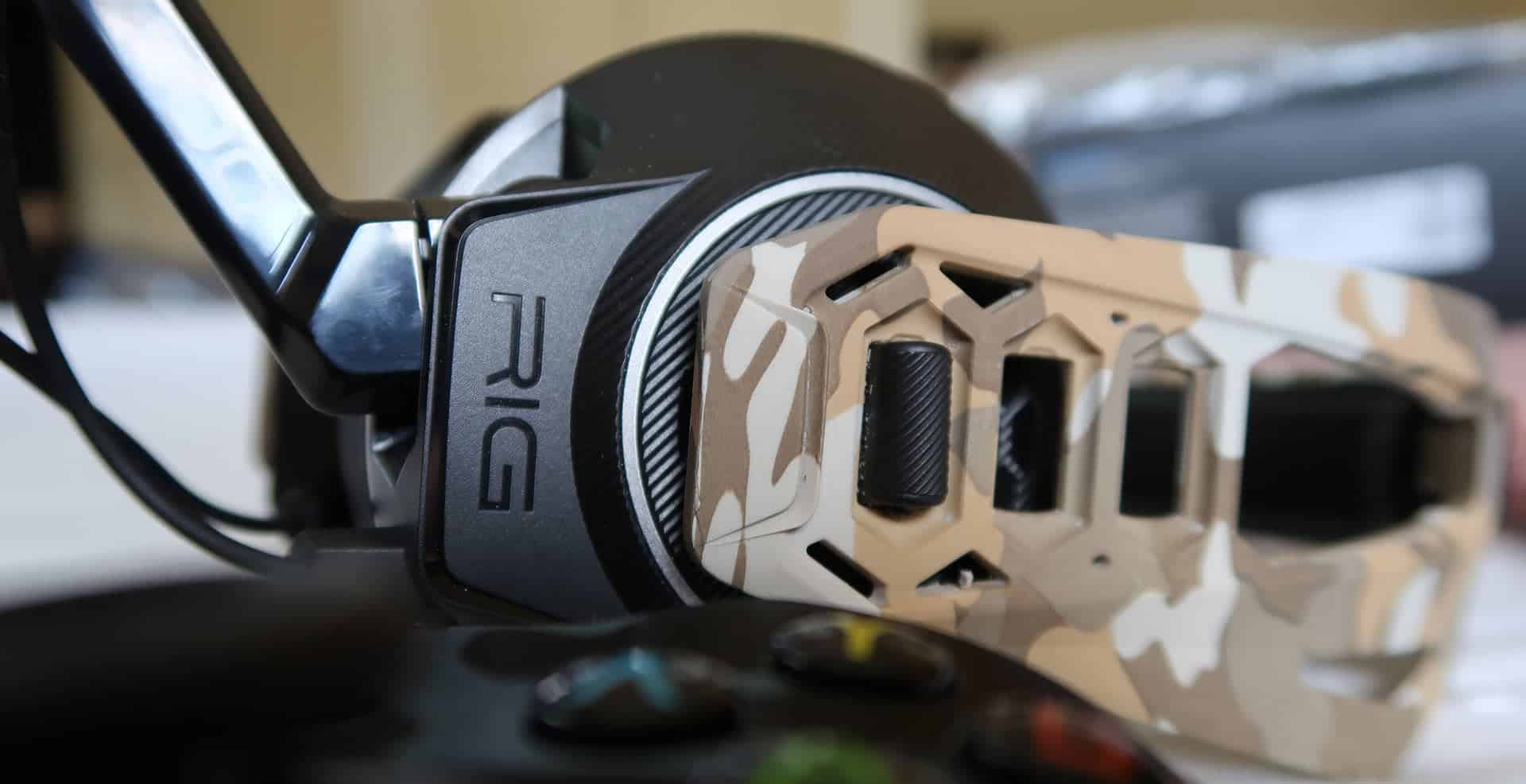 The Plantronics RIG 500E could be one of the most lightweight headsets I have ever used. To think that there is so much going on and it barely feels like anything is on your head is a true design triumph. I use the PlayStation Platinum Headset and for a device that costs R2500, it is painfully uncomfortable after 2-3 hours of wearing it. The RIG 500E is extremely lightweight and comfortable even hours into my gaming session.

This is mainly thanks to the double headband on the device that has a light plastic frame and then a cushioned fabric head strap to support it. The head strap adjusts automatically and can be placed into any of the two available slots. You then have the earcups that also have two variants. A vented, breathable version and a noise-free one. Both of these come in the box so, in theory, you get two headsets when you purchase this device. 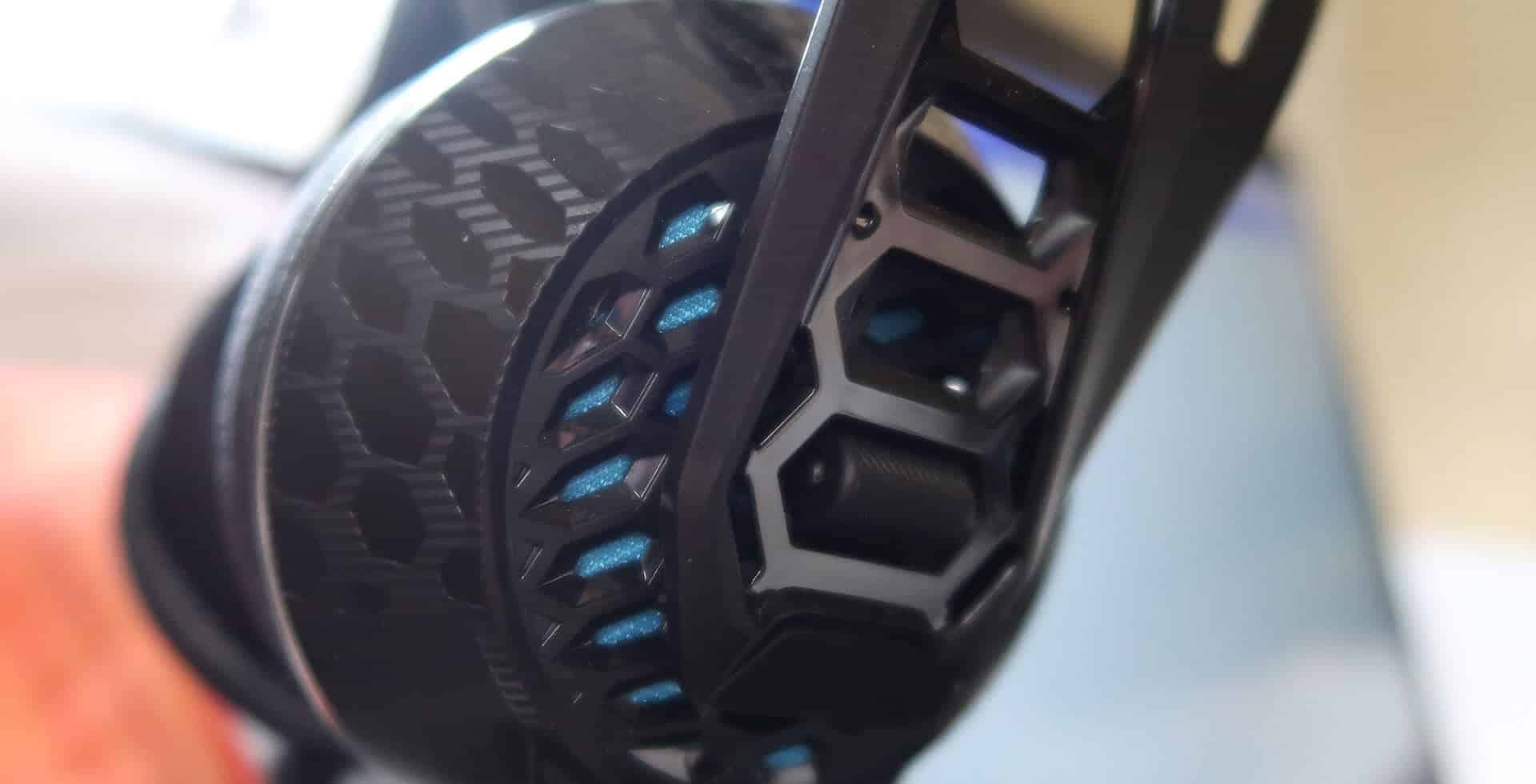 The earcups are detachable and can be placed in any of the three available slots too, making the entire device feel fully customizable. Both of these earcups have the same fantastic sound so the design depends on what you feel like using at the time. Do you go for a cup that is breathable and cooler or one that provides better immersion by blocking out noise? 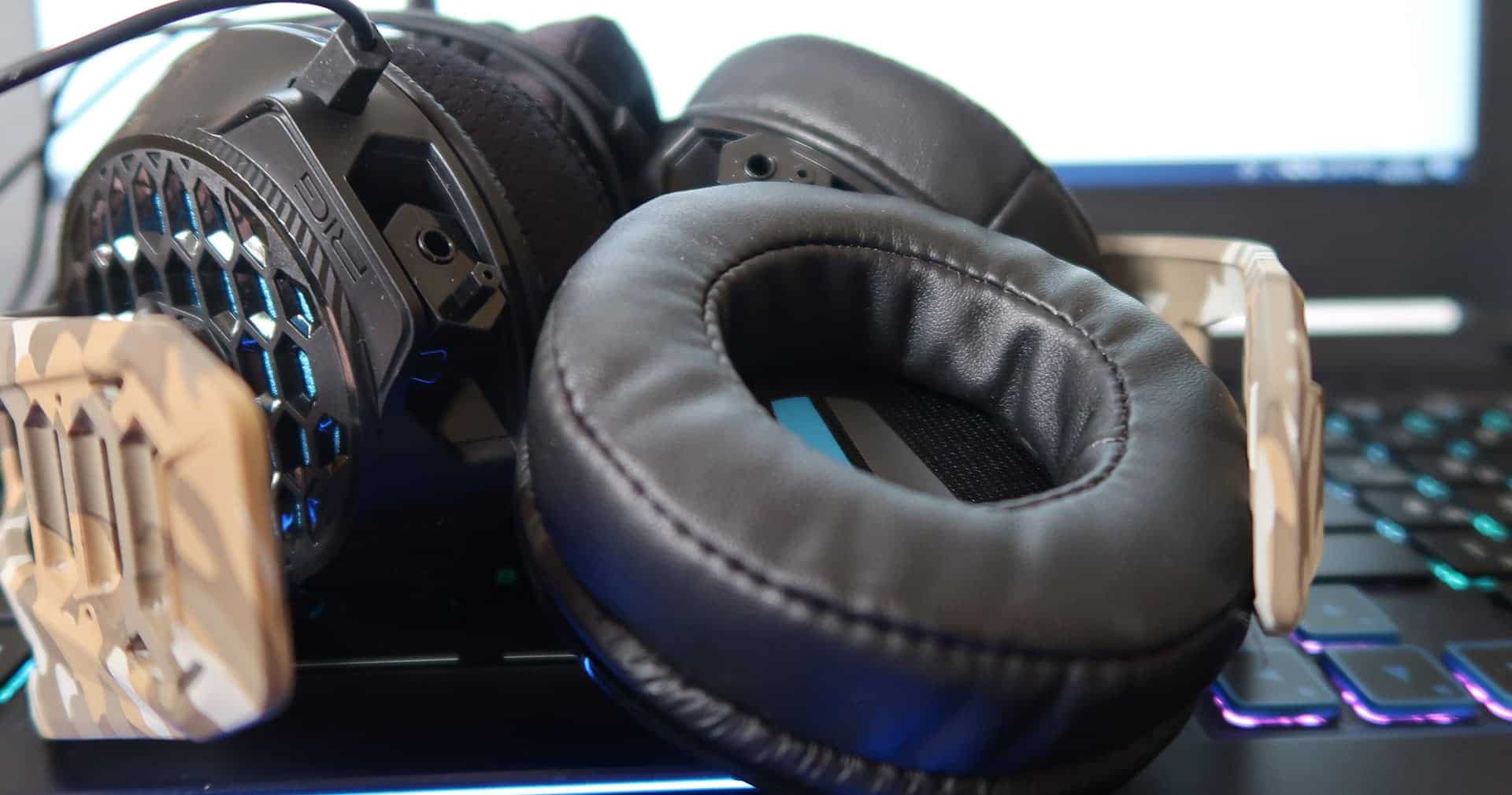 The microphone is also detachable so you can take it out and put it into each of the two earcups with ease. The device also comes with a USB cable and a 3.5mm audio jack which can be swapped around to fit your current gaming setup. The only issue I had was the USB cable was pretty short and considering today’s console setups, you are normally far from your device so the cable length is an issue if you want to use 7.1 surround sound which is only available by using the USB port.

Apart from the modular design, the RIG 500E are pretty box-standard. The USB cable allows for the 7.1 surround sound feature to be enabled and if you would rather plug it into your console, you then switch it around for the 3.5mm audio jack. This provides great stereo sound. The RIG 500E delivered on my expectations for a great headset and sound was simply fantastic. The isolated earcups blocked out much of my surrounding sound and let me focus on the game. This would be a great feature for tournament players who just need to stay in the game without crowds getting in the way. The vented cups, which I did not use that often due to the isolated ones being so great, made it possible to hear my own voice and they stayed cool for longer. 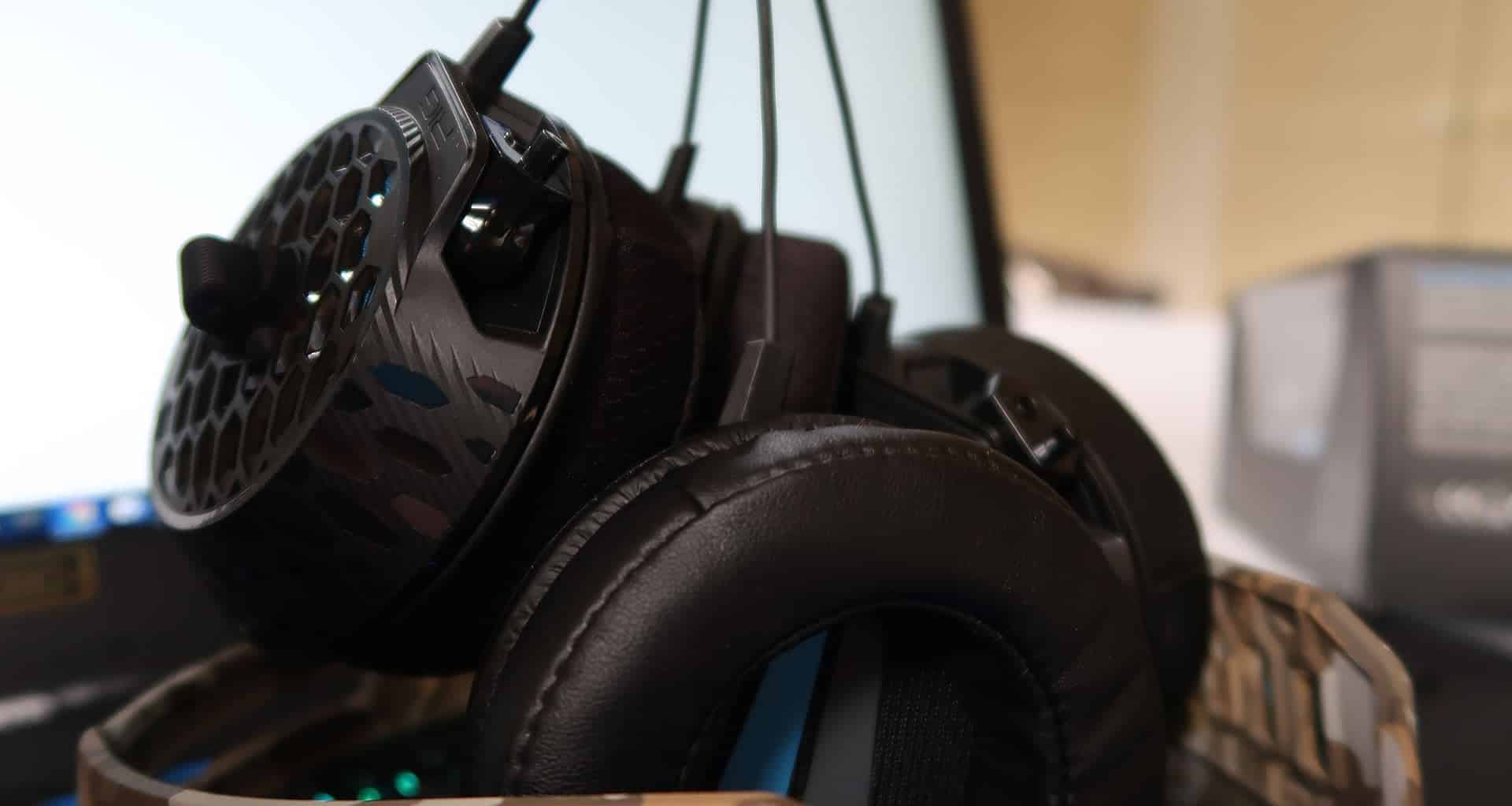 To think, many other headsets are locked into one type of earcup and you pay a lot of money for them. The Platinum Headset, for example, is comfortable in short sessions but also blocks out much of the outside sound, making me shout quite often when in a chat party. Regardless of your preference, both earcups deliver great sound that makes you think you are wearing an R3000 headset. Every bullet I shot in Destiny 2 I felt, and every trickle of water in Shadow of the Tomb Raider was clear and crisp.

As for the microphone, it too might look sub-standard but it is so much more than that. It is a noise-cancelling boom mic that can be adjusted slightly. Although it does stay quite far from your mouth, it still delivers great sound through it. Muting it is done by moving it up and sliding it back into its slot. A small, but cool feature. The only issue I had was there are no in-line or on-headphone chat options. If you want to adjust the party mix, you need to do so on the hardware you are using. There are also no volume controls so that too, needs to be done in-game or on the device you are using. It would not have killed Plantronics to include a volume slider on the cable.

The selling feature of the Plantronics RIG 500E is no doubt the ability to change things around. The different styles of headbands can be purchased separately and if you buy one extra one, you can use the other earcups and in turn get two headsets out of one box. The entire package is worth it’s R1499 asking price. Its surround sound is fantastic, its comfort levels are off the charts and the compact yet durable design makes them one of the best headsets on the market.

This review is based on a RIG 500E device sent to us by Plantronics over a two week review period.

Get the Plantronics RIG 500E today for R1499 from Takealot.