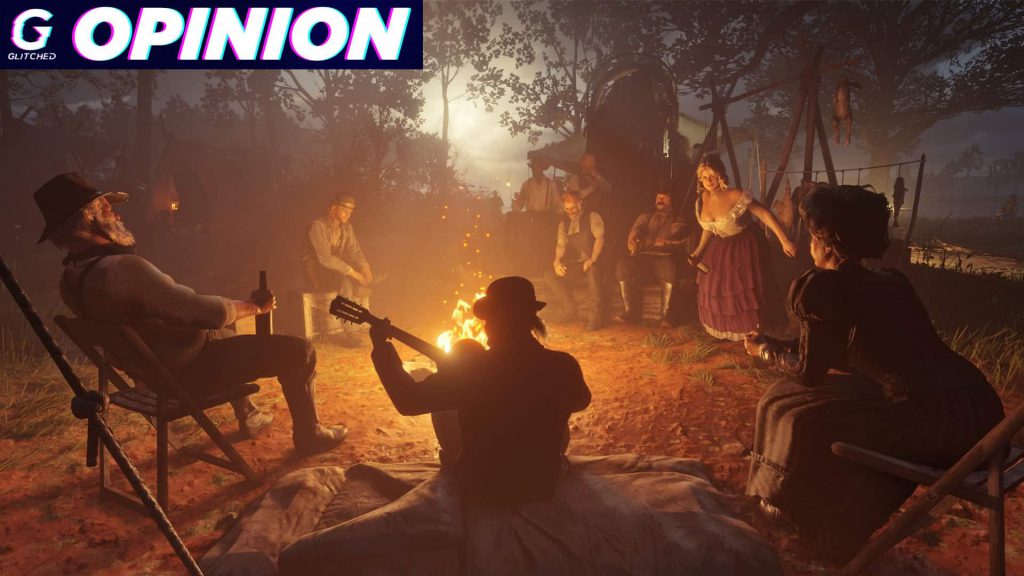 In the past few months, we’ve seen so many amazing games release that gamers are most definitely spoiled for choice. It’s simply incredible how many AAA titles delivered on the hype this year, from God of War to Marvel’s Spider-Man and, of course, Red Dead Redemption 2. Now, however, we are entering a slower period of the year as the holiday season is approaching. As someone with a massive backlog of games, I thought it would be interesting to discuss the topic of playing new games versus clearing your backlog and see what our readers have to say about it. Take a seat by this virtual campfire and discuss this predicament with us.

Related: Open-World Fatigue And How To Cleanse Your Palate

First off, I will start by discussing the pros and cons of playing new games and then move onto why clearing your backlog might also be a great idea.

There’s nothing like getting a new game on release day and playing it while it is fresh and everyone is discussing it. If you have some gamer friends to chat to, there could even be this competitive spirit involved. I’m not just talking multiplayer games, but even single player experiences can be something great to talk about. I’ve personally had hours of discussions with friends about Red Dead Redemption 2 in the past several weeks and it is certainly a great feeling to be up to date with the latest awesome video game.

There’s also one simple truth that makes playing new games a massive positive: Games are evolving and getting better and better. Just look at how God of War took the franchise in a new direction, or how Assassin’s Creed: Odyssey took the franchise to new heights. After finishing Odyssey, I went back to try and clear Origins and I simply couldn’t, as it felt like I was playing a game from 2001 instead of a relatively new title.

It is no doubt an exciting time, but even these awesome new games do have one negative in common. They require a lot of time investment. For Odyssey, you need 60 hours or more, while you can spend over 100 in Red Dead Redemption 2. For the latter, we even discussed that the game requires a specific mindset to fully enjoy. Sure, if you love playing a game, then such a time investment might not be a negative for you, however, for some a spending 50 to 100 hours on one game is a bit much. Don’t get me wrong, I’m not complaining about games getting bigger and bigger, but there are definitely gamers out there who simply don’t have the time to invest.

Furthermore, there’s nothing better than holding a physical copy of a brand new game in your hands for the first time, opening that packaging and putting it in your console or PC. Things get even better when it’s a Collector’s or Limited Edition and I can still fondly remember opening up the Red Dead Redemption 2 map in the Limited Edition for the first time, and playing with my B.J. Blazkowicz action figure with Wolfenstein: The New Colossus.

It’s all this and more that makes playing new games a choice that many gamers would choose over clearing some games in their backlogs. Even so, new games are expensive and during this holiday period, wallets might already be a bit scared as it is.

We are slowly approaching the end of the current generation of consoles and I’m sure many gamers out there are sitting with massive backlogs. These backlogs might seem insurmountable and in this case, size really does matter a lot. Then, we also get new free games with PlayStation Plus, Xbox Live Gold. Not to mention free games popping up on Steam from time to time and the promise that the Epic Games Store will deliver one free game every two weeks throughout 2019. There’s a lot to play even without opening your wallet as backlogs continue to grow in size.

Some of these games, such as SOMA which is free with PlayStation Plus right now, or Subnautica which is free on the Epic Games Store, shouldn’t be missed out on. Both these games, just as a small example, provides amazing experiences that shouldn’t be missed. Not to mention, there’s also some fantastic free-to-play games out there that make things even more difficult.

It all depends on the size of your backlog and the titles within, so the argument for clearing your backlog all depends on the quality of the titles you haven’t played yet. You’ve probably paid for many of the games sitting there, waiting for you to play. To not, at the very least, try them out, would be like throwing money in the water and that’s not great, is it? Some gamers have titles like The Witcher 3 in their library that they have never played, while others picked up some gems on sale and never touched them afterwards.

With the holiday season and a break from work (for most) coming up very soon, I, for one, have made a list of titles from my backlog that I plan on playing. A great tip for those planning to do the same is to, well, have some planning. Pick the games you really want to still play, look at their review scores and how long it takes to beat a title. This way, you can plan ahead and make the most out of your gaming time throughout the holidays.

Playing a masterpiece like Red Dead Redemption 2 is great, yes, but what if you’ve never played the first one? If you happen to have it laying in your backlog, clearing that first before moving onto Rockstar’s latest and greatest might be a great move. A sequel that looks fantastic gives gamers an incentive to finally play the first game.

Last, but not least, there’s an argument for clearing your backlog in the form of cost saving. The holidays can get expensive, from purchasing presents for loved-ones to going on a trip, everything costs money. With so much going on and wallets shivering in a corner somewhere, playing games out of your backlog might be the best bet. This way, your wallet is safe from even more abuse and you can still have a great time gaming without that nagging feeling that you should have spent the money on something else. New games are generally also expensive, going for R1000 a pop, while games in your backlog cost you nothing more to play.

Do you plan on playing some new, recently released games during this holiday season or are you planning on clearing that gaming backlog? Let us know in the comment section below.