Following in Nintendo’s footsteps, the PlayStation Classic Console aims to bring the old-school experience to modern gamers by delivering 20 original PlayStation games in one tiny box. It works if you are looking for a cute nostalgic experience and a cool-looking device that will look great on your shelf, but unfortunately, the overall execution of this console just falls flat due to its poor emulation and bad choice of games. A few weeks have passed since the release of the console and after playing with it for some time now, I just wanted more. Sony could have done something spectacular with this given the PS One’s library of games, but instead, this ended up as a cash grab.

From outside, the PlayStation Classic Console screams nostalgia. It is a tiny and adorable mini console with all the details you would remember from the phat PlayStation from back in the day. Even the packaging is old-school with the same box design when it comes to artwork and style. The console comes with two wired PlayStation Controllers (not DualShock versions), an HDMI cable and a Micro USB cable which is used for powering the unit. It lacks a USB adapter, however, so you need to have one nearby to boot it up.

In terms of design aesthetics, the PlayStation Classic Console really brings home the bacon as it is indeed one of the coolest mini consoles on the market. It is 45% smaller than the original but has 100% of its personality. 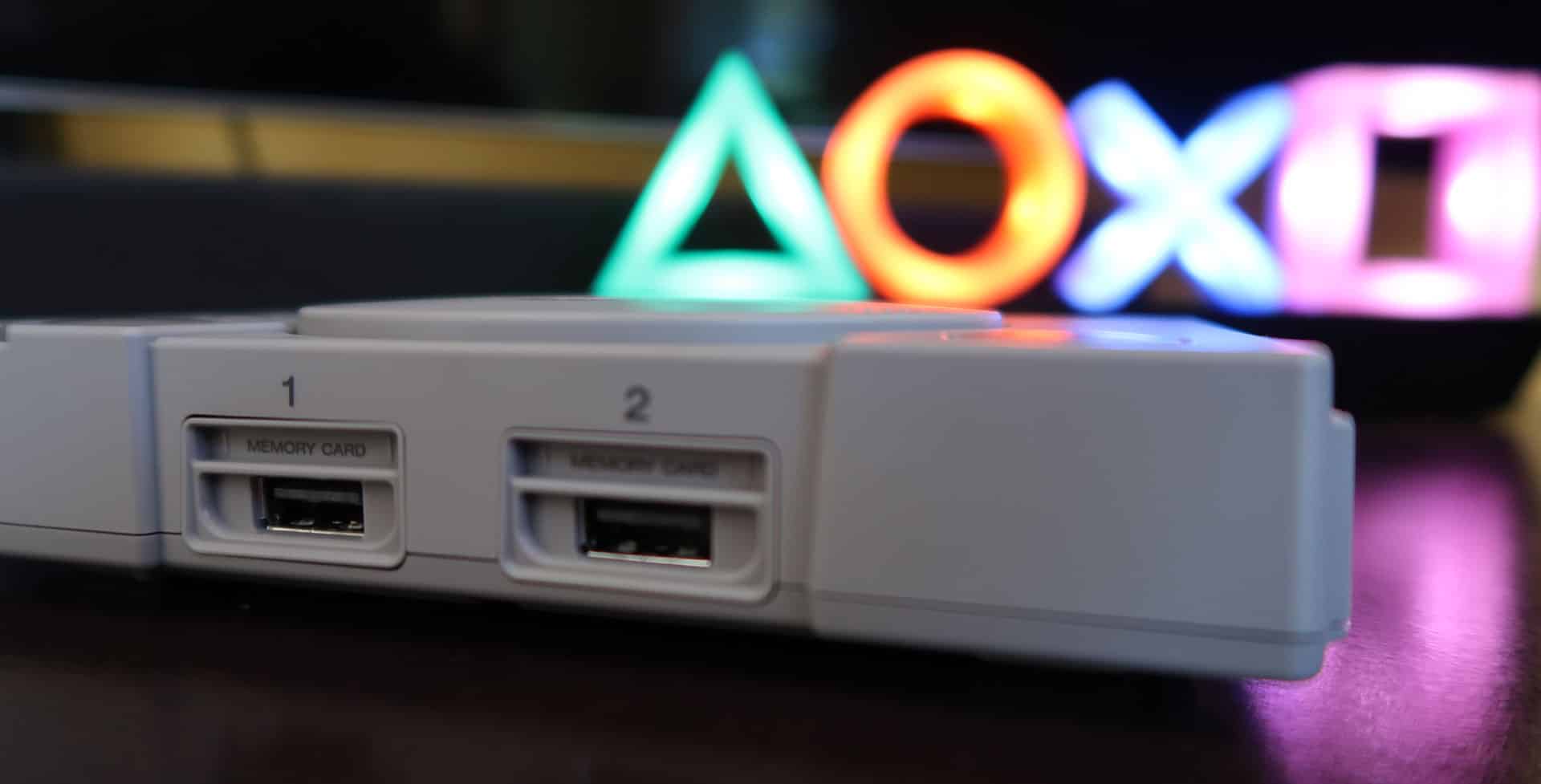 On the top of the console, you will find the three buttons which you may remember having very different uses back in the day. Power, Open and Reset do everything but “open”, instead the open button now lets you change the virtual discs when playing games like Final Fantasy VII that has multiple discs when playing the game. The Reset button takes you back to the home screen where you select the games from. It also acts as a save point that asks you every time if you would like to overwrite your old save point every time you press the reset button. While this is a great safety feature, it means it is also the only way to quicksave your game. Sure, you can save to the memory card in-game but it would be nice to save from anywhere at any time with a built-in feature.

No, you cannot play your PlayStation games using this console. it may look like it has a disc drive but the console is smaller than a standard disc so there is no spot for it at all. It would have been cool though to at least have a makeshift mini disc drive inside that you could open and look at. Oh well. 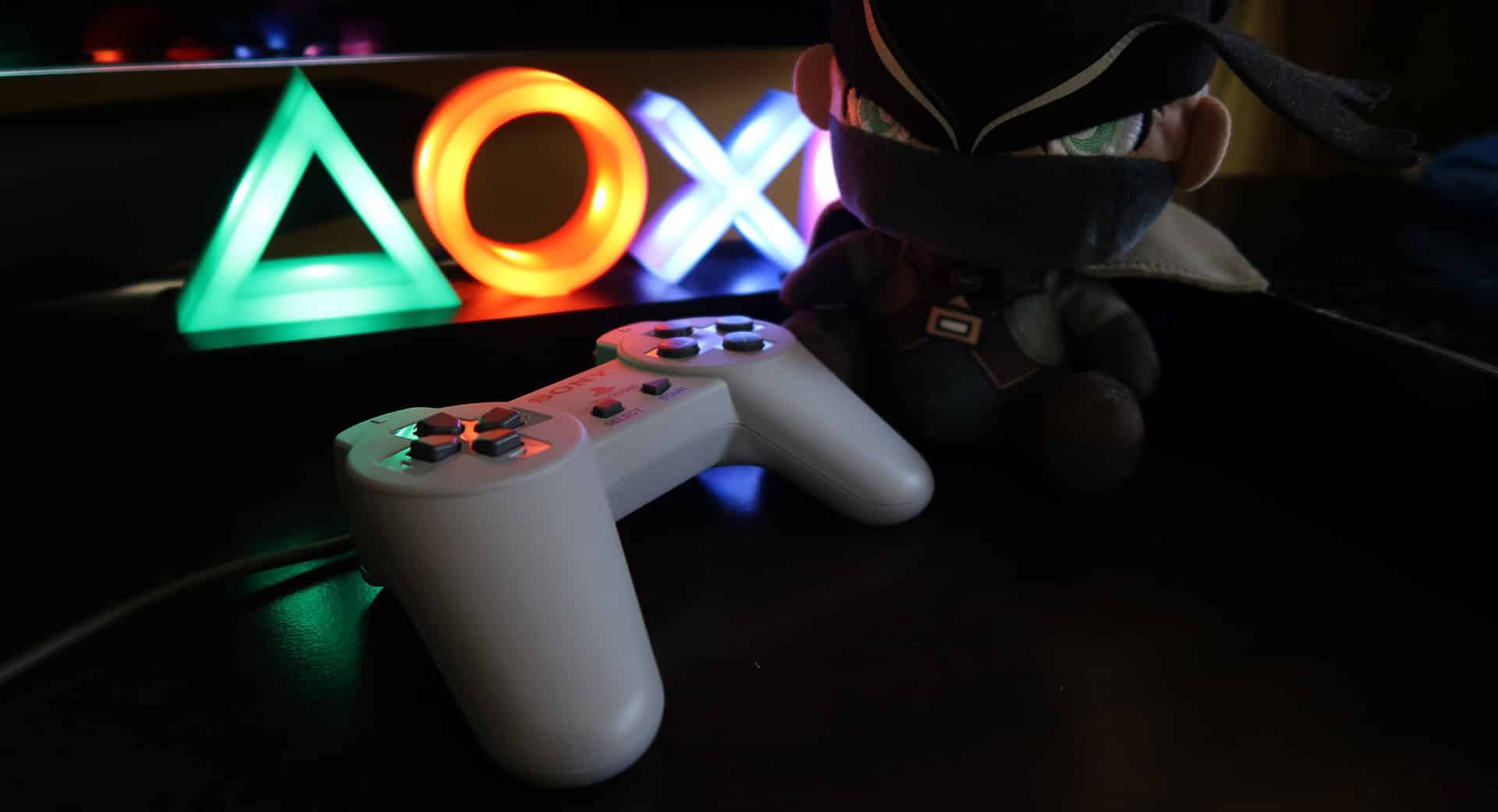 As for the controllers, they are basic, feel cheap and the button quality could have been better. it is also a huge missed opportunity to not have them DualShock, but I am sure that was done to reduce the cost of the device. They are also USB controllers so if anyone creates a driver for them, I am sure you would be able to use them on your PC soon. With that being said, the wires are ridiculously short. We live in a day and age of wireless everything and our gaming setups are now designed accordingly. I had to sit in from of my 65-inch TV, burning my eyes just because the console had to be there and the controller wires left no room for comfort. After realizing this, I then just plugged in an extender and it helped a lot.

Games and other things

Booting up the PlayStation Classic Console will pay homage to all those late nights back in the day. The boot sequence is old-school and has been untouched. After selecting your language, you are introduced to a radial dial of games, a memory card option and a settings menu. Not much else going on but the experience is meant to be old-school and there is no doubt a huge chunk of it here. 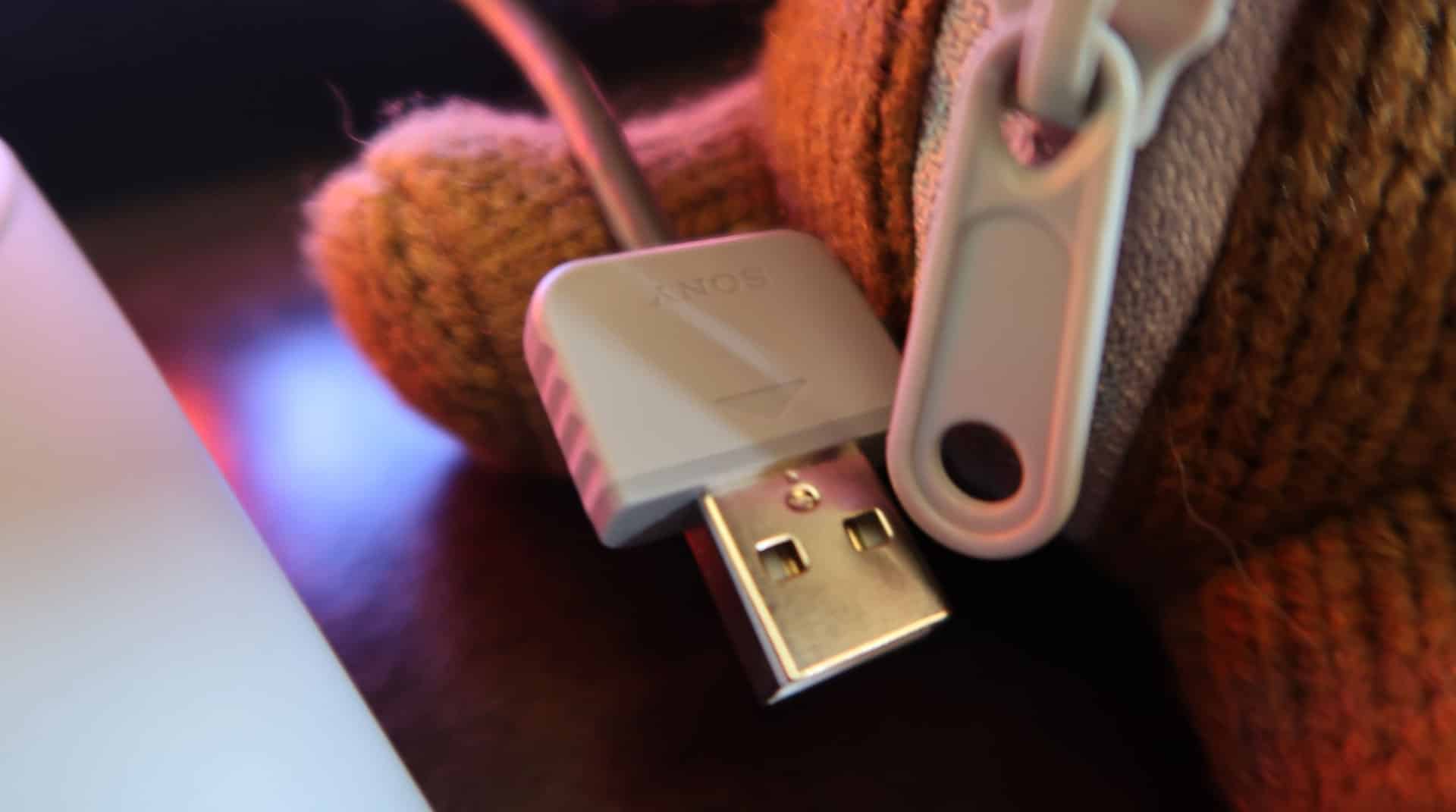 Across the menu and all 20 games, they all have this dated feel to them. Visually, they are all unpolished and are exactly a copy-and-paste job that almost comes across rushed. There is no filter to add on top of the visuals to reduce the rough edges, and even the sounds are compressed and muzzled to an extent. A filter would have helped a lot here to reduce the, well, the nastiness of the game’s visuals. I played it on a 4K TV and it was hard to digest at times. Games like Mr Driller looked okay as its all sprites but when you get to the 3D games like Rainbow Six and even Tekken 3, it starts to get a little hard to watch. You have to really be in love with these old-school games to sit and play through them all. 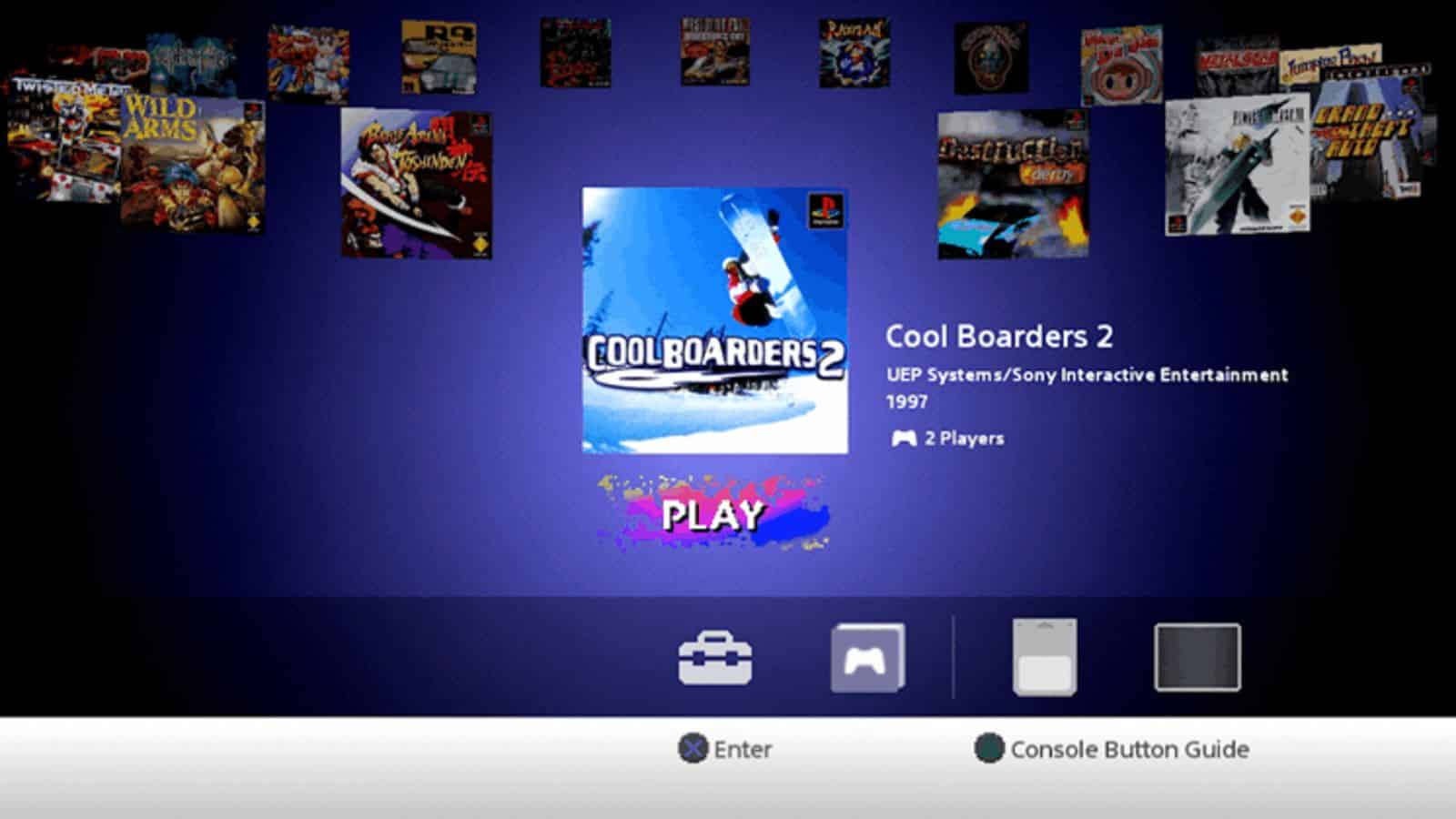 Final Fantasy VII is especially a chore as it is a long game and I don’t see anyone sitting through this version of it when you can just download it on your mobile phone, play it on PC, or even in 4K on PS4 Pro.

When it comes to the gaming experience, the PlayStation Classic Console game selection could have been better. The 20 games have some great additions but a lot of them left me wondering why.

No original Tomb Raider, no Crash Bandicoot, and why Final Fantasy VII when that game is literally available on every platform in 2018 and what is Wild Arms even?

The selection lacks a lot of personalities and it is truly the biggest missed opportunity on the console. Some games are great like Rayman, Mr Driller, Super Puzzle Fighter II Turbo and even Persona but I just wished for those true monumental industry changes like Chrono Cross, Crash, and even the OG Tomb Raider. Unless you are seriously dedicated to these games, you will probably play them for an hour or so and never go back.

The PlayStation Classic Console is not terrible but it was poorly executed. Its terrible selection of games, the lack of visual polish, and the clunky menu system feels like one of those consoles you buy at the Chinese malls for R200. It could have been the greatest piece of hardware released this year to the point where you could not get stock of it (well done Nintendo on their models). Instead, this console is more a “cool to have” than a “must-have”.

The PlayStation Classic Console is available in South Africa for R1,799 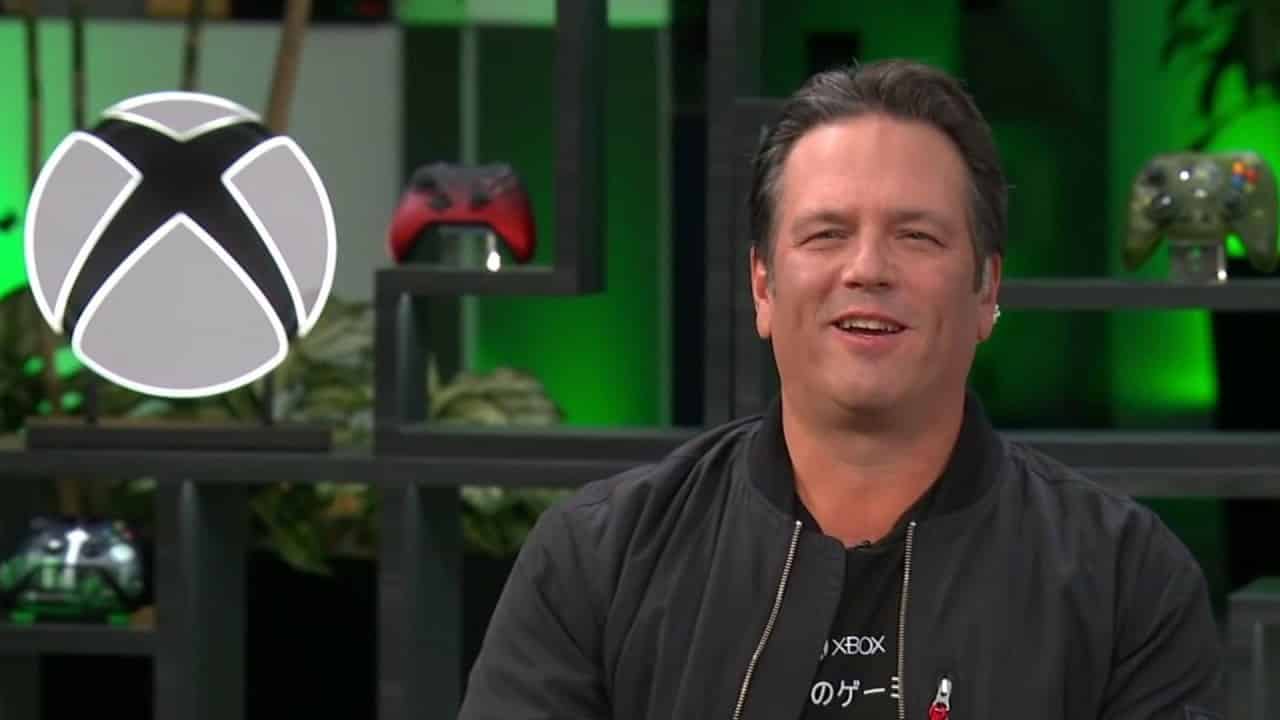 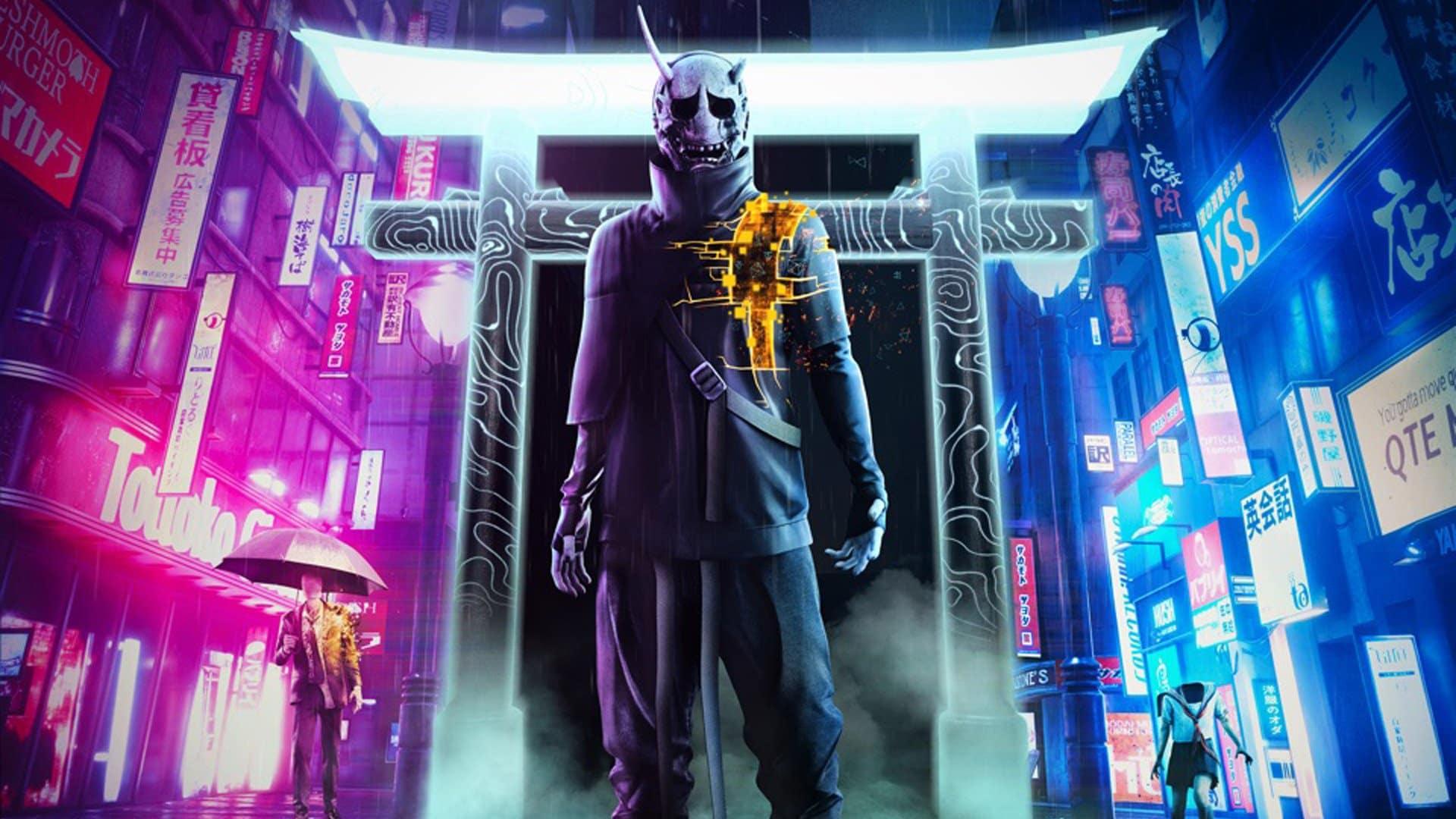