I have quite fond memories of playing through the original Pokemon Mystery Dungeon: Blue Rescue Team back in 2006. For the most part, it was the first time the “dungeon crawling” experience was brought to the Pokemon series and the change of pace was a welcome addition to the series. Sure, it lacked evolutions and swayed quite far from the traditional Pokemon gameplay of the day but for the first time, it allowed the Pokemon themselves to star in their own well-written story. Pokemon Mystery Dungeon: Rescue Team DX is a direct remake of the classic game and while it looks like it just received a fresh coat of paint, the game feels and plays like any modern game thanks to its great controls, remastered soundtrack and new Pokemon added to the mix.

Just like the original game, Pokemon Mystery Dungeon: Rescue Team DX starts off with a few questions which you have to answer in order for the game to choose which playable Pokemon you will be. The game features sixteen playable as the main character and even if you are not happy with what Pokemon it chooses for you, you can change to another instead. The questions are meant to determine the type of person you are but if you don’t care about this sort of thing, go with whoever you want to see on screen throughout the game. My questions gave me Treecko but I prefer to be the best Pokemon of all time, Bulbasaur instead.

From there, the game unfolds as you discover the Pokemon you are playing as is actually a human who has turned into a Pokemon. After meeting a partner, you decide to start your very own Rescue Team which is a group of Pokemon that venture across the vast last completing jobs, fighting the forces of evil and saving other monsters in need of help. If you have not gathered by now Pokemon Mystery Dungeon: Rescue Team DX is set in a full-realized world where Pokemon live in towns and thrive together. These Rescue Teams act like every other job in the world. Although a little more dangerous than manning a storefront. 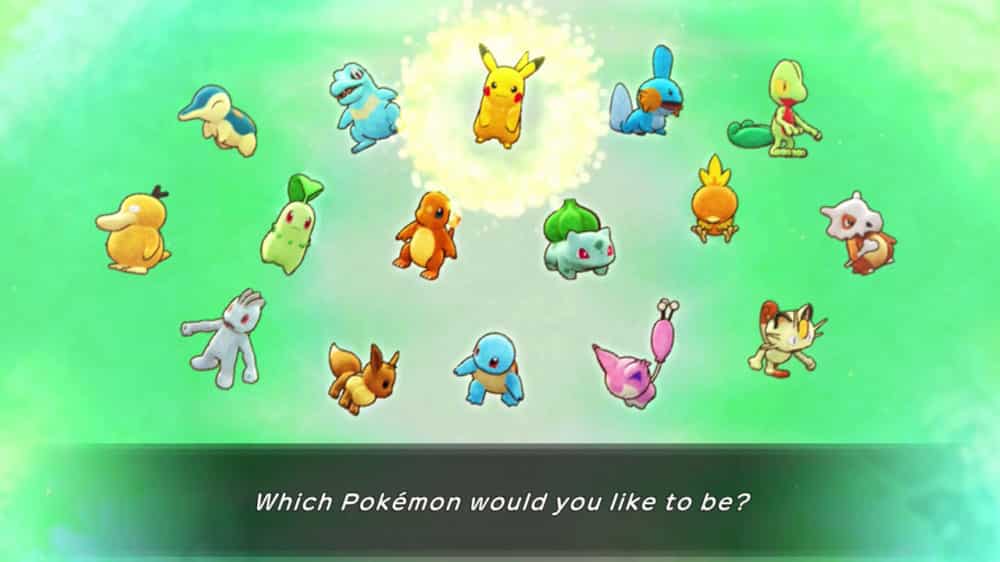 With that being said, the core gameplay of Pokemon Mystery Dungeon: Rescue Team DX is a rinse and repeat set of missions throughout the world. The story unfolds bit by bit as you meet new Pokemon and uncover the reason behind the strange dreams you keep having. Toss in a rivalry between other Rescue Teams in the town and you have yourself a fantastic Pokemon narrative brought to life in a very different way.

However, the gameplay and story in Pokemon Mystery Dungeon: Rescue Team DX takes what feels like forever to get going. Every job takes place in a dungeon with an objective to either finish the job, save someone or make your way through the tedious floors in order to escape. Combat is turned based as you move block by block through these sprawling dungeons and fight enemy Pokemon using the four moves you have currently on your team. It all flows quite well and can be mastered within a few minutes of playing the game. The combat is meant to be fast-paced at the same time with even the ability to speed up the entire game speed being a welcomed addition to the tedious gameplay. 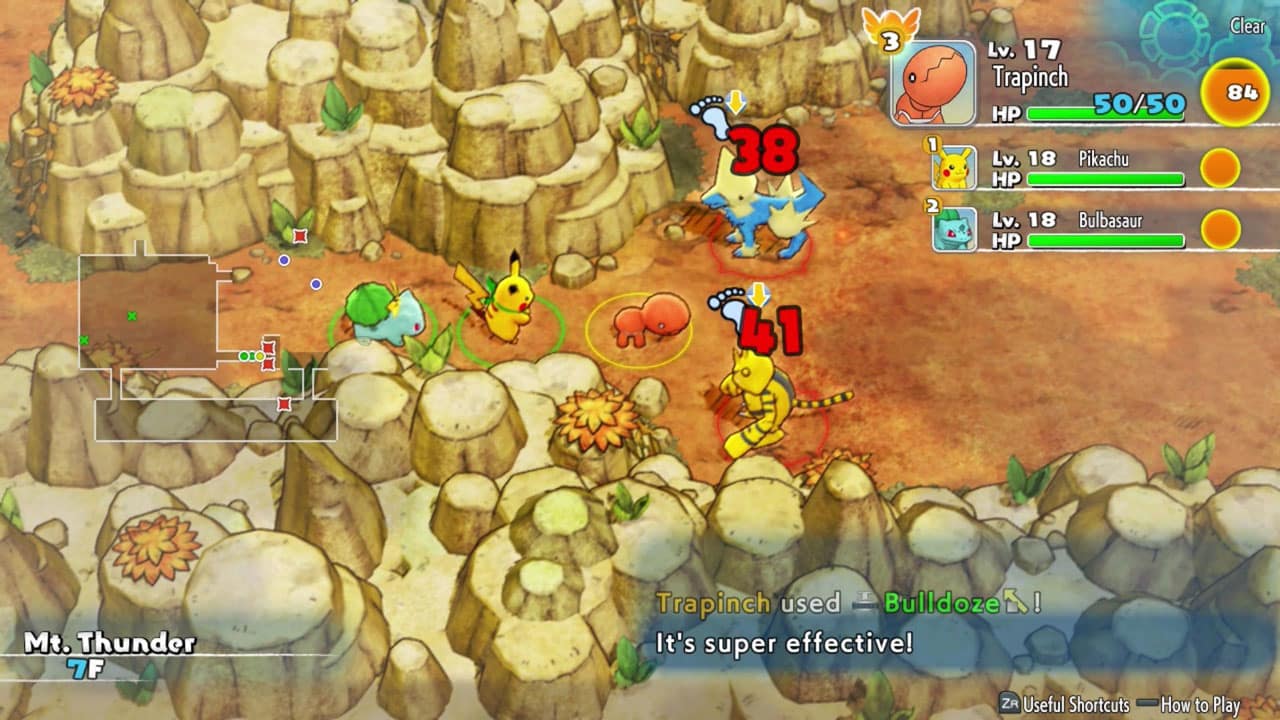 As you explore each floor, Pokemon will approach you, attack and die. You can take things slows by choosing each attack or just spam the attack button to let your Pokemon use what is best and move on. Some attacks have better range, and the same status ailments found in any traditional game such as sleep, poison and stat boosts are learnable throughout the game. Often, the combat felt a little disjointed as the rush to get to the next floor meant I would simply spam anything to get the stage over and done with. Other times, and especially during boss fights, I had to take a step back and focus on using the right attacks and take into account weakness and resistance.

Of course, a dungeon crawler is not the same without a vast array of items to use and they are plenty in Pokemon Mystery Dungeon: Rescue Team DX. Berries can be used to heal your HP, stones can be thrown to deal damage, and apples are used to keep your hunger in check. The system works and while it is not layered in technicalities and stats numbers, the experience is easily approachable and never feels too difficult. 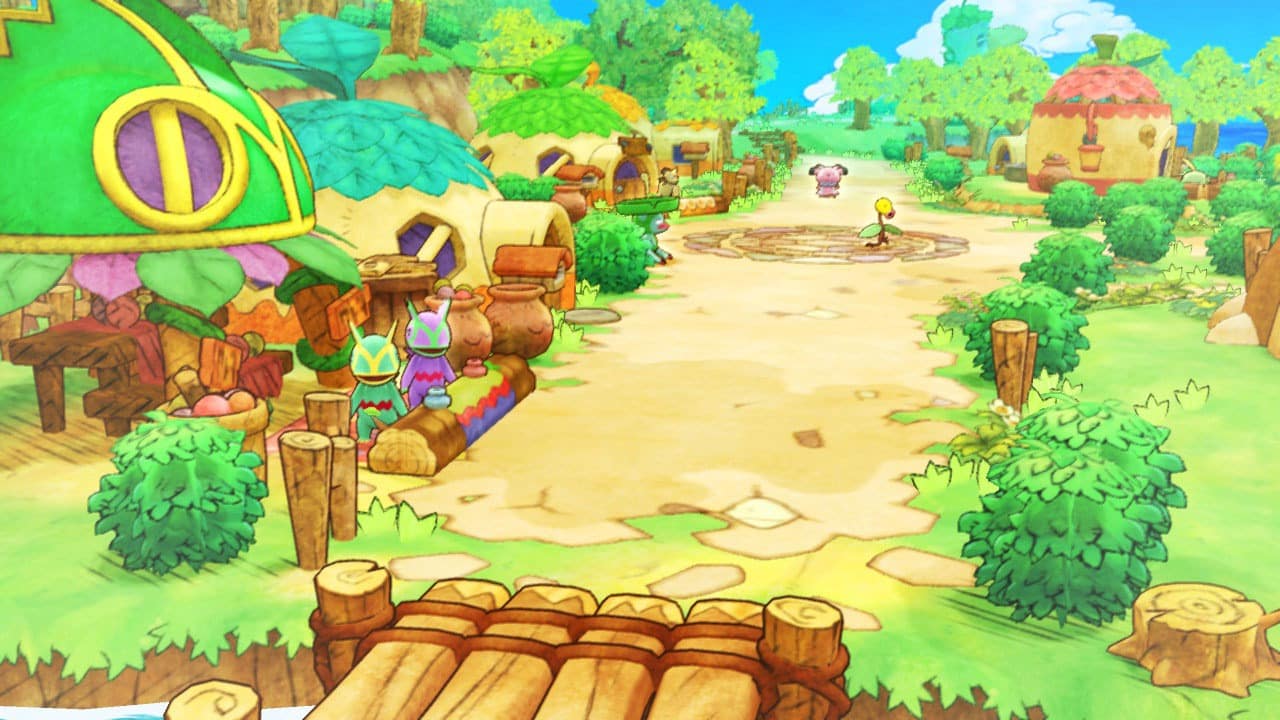 Much of the game’s party system relies on a good team and you can recruit a number of Pokemon throughout your adventure. These rely on you owning a specific type of “Camp” that stores a specific type of Pokemon. These camps are purchased in-game using money and cost quite a bit. Don’t have the camp, you cant take that Pokemon that wants to join your team back with you, simple. However, I amassed a group of Pokemon and unlocked a decent amount of camps I was able to set up teams for each specific mission. Just like any other Pokemon game, this meant that my roster had its own Pokemon with unique attacks and weaknesses allowing for a change in pace when it came to combat.

Pokemon can also be levelled up in Camps to enhance their combat and unlock new attacks and boost stats like attack, speed and even the rate which other Pokemon will join your team if that “G-Squad Up” buff has been enabled. The camp system is great and allows for some freedom in crafting the best team and maxing out your favourite set of Pokemon. You can really go to town on the features available once the game’s pacing has been set. 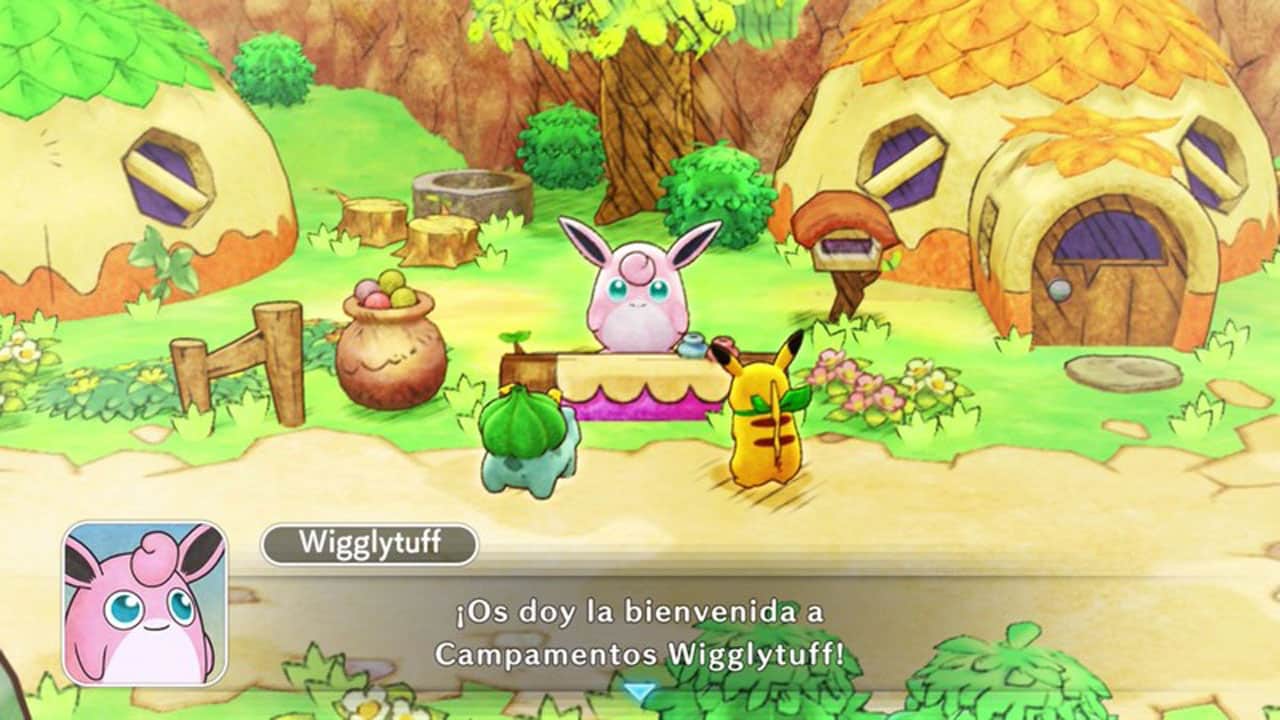 The overall gameplay of Pokemon Mystery Dungeon: Rescue Team DX is quite simple and it never takes itself too seriously. Often, I felt like it was a bit mindless too and ended up watching Netflix or YouTube while spamming through the dungeons without care. The story pops up every now and then but when you have taken on a dozen missions that have no context, these are best completed as fast and easily as possible so you can get back to the meat of the game.

Pokemon Mystery Dungeon: Rescue Team DX also looks fantastic. It was criticized back in the day for being an eyesore on the Gameboy Advance and Nintendo really did a great job on this remake. The cel-shaded engine brings the world to life and every rock, leaf and Pokemon shine when on screen. It is gorgeous to look at and a fresh coat of paint on the traditional Pokemon models. 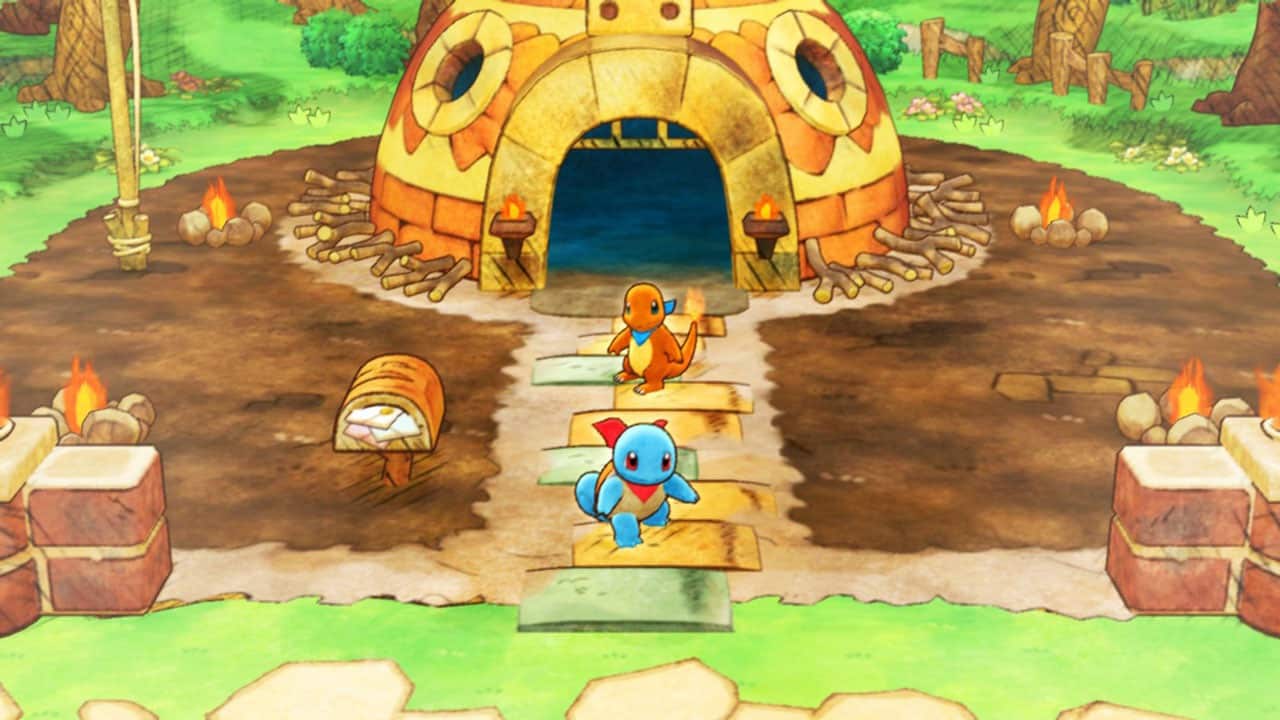 Pokemon Mystery Dungeon: Rescue Team DX is far from perfect. The gameplay gets a little tedious after a while and the story rambles on a bit. With that being said, it is great to have the dungeon crawler back to its basics again with a simple team and combat system that will see you spend hours on end managing your recruited rescue team pals before heading into the challenging dungeons that await. The new visuals fit the game’s charming story and theme perfectly and the Pokemon make the experience worthwhile for both new and old fans.