The beautiful game of soccer caught my eye again during the World Cup, so when I was tasked with reviewing Pro Evolution Soccer 2019, I was quite excited to try out Konami’s latest annual iteration of the franchise. Knowing very little about all licensing issues at the start, I was quite surprised when I chose the English Premier division and saw Arsenal, Liverpool and a bunch of fictional teams throw into the mix.

Is the pitch ours?

The PES slogan, “The Pitch is Ours” feels strange right now with the latest iteration of PES, due to a drought when it comes to official licensing of the big ones. Sure, the crisp and realistic gameplay is still there and shines through, but the package just doesn’t feel like it is enough right now.

Konami has dropped the ball in more ways than one with PES 2019 as they lost three big licenses in the form of the Champions League, the UEFA Super Cup as well as the Europa League. Combined these issues with teams not being fully licensed, results in hundreds of teams missing and replaced with made up teams such as Man Blue, Man Red, South London and the like. 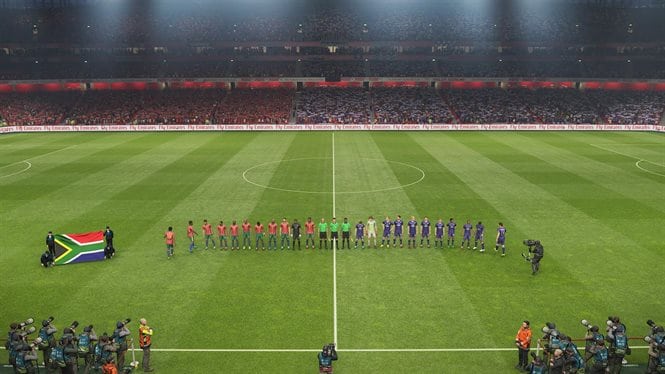 This makes the game feel completely disconnected from reality and as a fan of the English Premier League and the Champion’s League, I was sorely disappointed. Konami did acquire licenses for leagues such as Belgium, Turkey and more, but quite honestly that doesn’t make up for the loss of the big guns, not even close. It does sound like I’m complaining quite a lot at the moment but there is a lot of good in PES 2019 as well. Before we get to the good, there are two more issues I would like to mention.

First of all, there is nothing really new in PES 2019 compared to PES 2018 when it comes to features or modes. You have the MyClub feature, which is basically like Ultimate Team from FIFA, which sees you opening packs containing player cards with the goal of building the best squad possible. You also get to choose formations, hire trainers, give players a break, substitute those underperforming players during a match and much more. 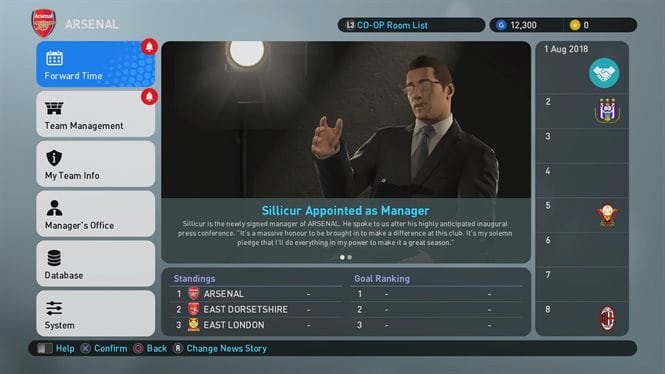 The game gives you full control (except for the randomness with the card packs) and allows you to manage your squad in every way you can think of. You get points to spend with basically every action you take in the game and during the management side of things and I have to say, the management system is quite detailed and robust. There’s also the Master’s League where you become the manager of a squad with the goal of racking up as much “silverware” as possible, but you’ve seen it all before time and time again.

The last issue I had with the game is that multiplayer just doesn’t seem to work at all. For hours on end, I tried to find an opponent in MyClub and then started searching with a “Quick Match” option, but things weren’t just slow, but completely barren. The game does offer settings such as network level for better matchmaking, but even when turning it all off to find any possible opponent, I couldn’t find a match for over four hours. Worst of all, you can’t just leave the game searching for an opponent, as every few minutes the search cancels and you are left with an “Opponent not found” message. 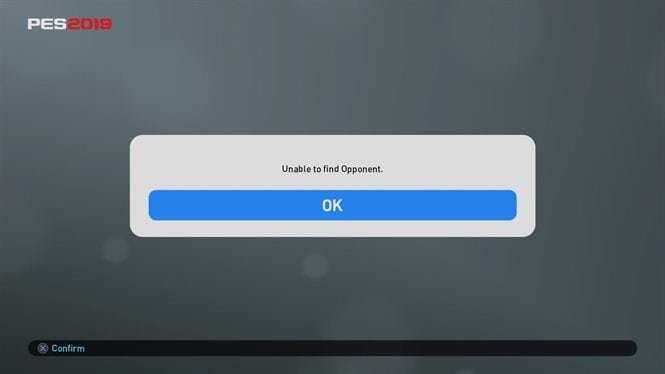 Therefore, it is unfortunate but I simply cannot report on the game’s multiplayer and how it works online because, for me, it simply didn’t. I want to reiterate just how unfortunate that is because PES is indeed a beautiful game on the pitch.

PES 2019 features realistic and beautiful graphics and it shines through in every aspect, from an expression on a player’s face to the grass slowly moving, even to small flags waving in the wind, the game looks awesome. Best of all, it runs just as good as it looks on my PS4 Pro, so that’s one thing the game has going for it. Another is the attention to detail in the offline modes available. 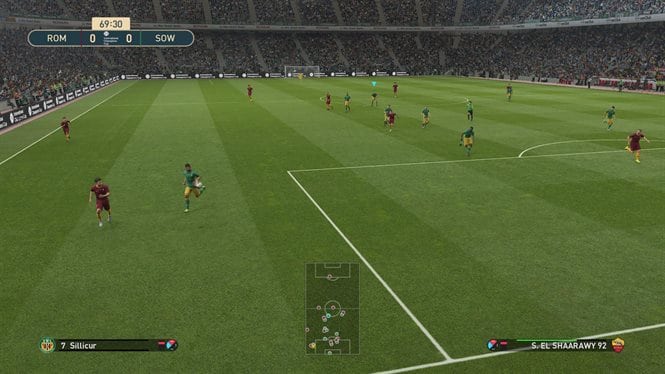 The Become a Legend mode was my personal favourite where I was able to create my own player, pick his role and control him during matches. There’s quite a bit of immersion to be had here as you, for the lack of a better term, become a soccer legend rising through the ranks.

You can receive transfer offers from clubs as you make waves in the soccer world for your performances on the pitch and even get substituted by your coach mid-match if you aren’t performing well. There are trust levels with your coach and the commentary during the match really shines with regards to your actions as an up-and-coming player. 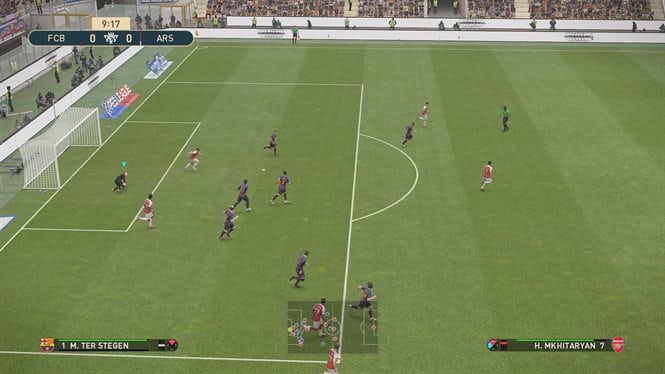 All this kept me going for quite some time, but by far the best aspect of PES 2019 is its gameplay on the pitch which leaves nothing to be desired. Every action feels crisp and responsive as I built up towards scoring those all-important goals if I could get past the defenders and extremely well-designed goalkeepers, who actually do the full job of goalkeeping now.

Learning the ropes is one thing, but pulling off a beautiful series of passes strung together and combining for a play that finally results in a goal felt wonderful, to say the least. PES 2019’s greatest strength is its minute-to-minute gameplay and without an achievement to be proud of. Everything about the gameplay feels so good that it is the game’s saving grace and soccer fans shouldn’t have any complaints, except if you prefer a more arcade-like experience as PES 2019 feels much more sim-like, delivering a realistic experience that is still exciting as well.

Konami has dropped the ball with PES 2019 due to the lack of licences, the loss of the Champions League and multiplayer that I simply couldn’t get to work properly. However, not everything is doom and gloom as PES 2019 can still recover. At the moment, it feels like half a game with the multiplayer issues, but I did love the Become a Legend and Masters League single-player experiences, the former being my absolute favourite. PES 2019 needs some new and exciting features as the game doesn’t look like much of an upgrade from PES 2018.

However, the actual gameplay feels extremely crisp and responsive, the graphical quality is fantastic and off the pitch, the management aspects are extremely detailed. As it stands now, one week after the release of PES 2019, I would suggest holding out on getting the game until the multiplayer issues are fixed. For those who love the single-player experience or couch multiplayer, the game does deliver a solid experience but lacks anything new that really stands out.

Hardcore PES fans will still enjoy the game and everything it has to offer, but for what the entire package presents right now it might not be worth the asking price for anyone but the hardcore fans, in my opinion.

This review was conducted off a review code provided to us by Konami.