The Razer Kraken Ultimate is yet another gaming headset from the popular PC brand. It acts as a step up from the Razer Kraken X and is a PC-only device with some benefits that makes it a great fit for the platform. Think of it as the combined efforts of all other Kraken headsets in one device with some impressive sound drivers, and a snug and comfortable fit. The Razer Kraken Ultimate is a pricey device coming in at R2,499 but its features are high-end making it a great investment if you are looking for a fully-specced gaming headset. 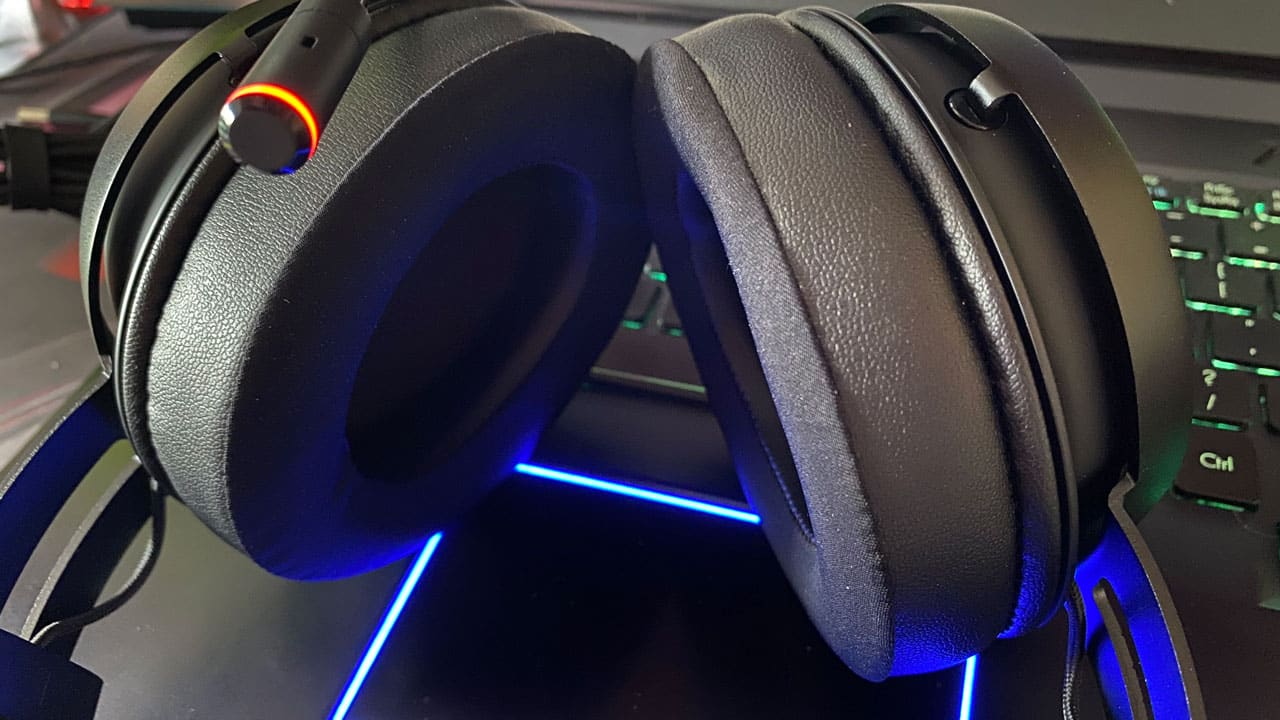 If you have seen a Razer headset in the past twenty years, the Kraken Ultimate is nothing new. It resembles basically everything you expect from a gaming headset and does very little to push the envelope in design aesthetics. Thankfully, it works. Some key features include the pretty-great cooling gel earcups and a feint Razer Chroma RGB glow that pulses from the middle of the cups. It is stylish considering how little there is to it.

In terms of comfort, it makes for a snug fit that works with and without glasses. After long use, the headset remains light and comfortable and needless to say, the earcups stay cool for a longer period of time thanks to the cooling gel. There’s a retractable microphone that slides in and out of the right earcup and it can be moved around and bent into place. The same microphone also features a cool hidden mute button that works if you pinch the cylindrical mouthpiece. A red ring glows around it when it is muted and turns off when not muted. I thought the ability to squeeze the mic to mute it was pretty cool. It also helps that the microphone has active noise cancelling so the little noise that came from squeezing the microphone was muzzled. 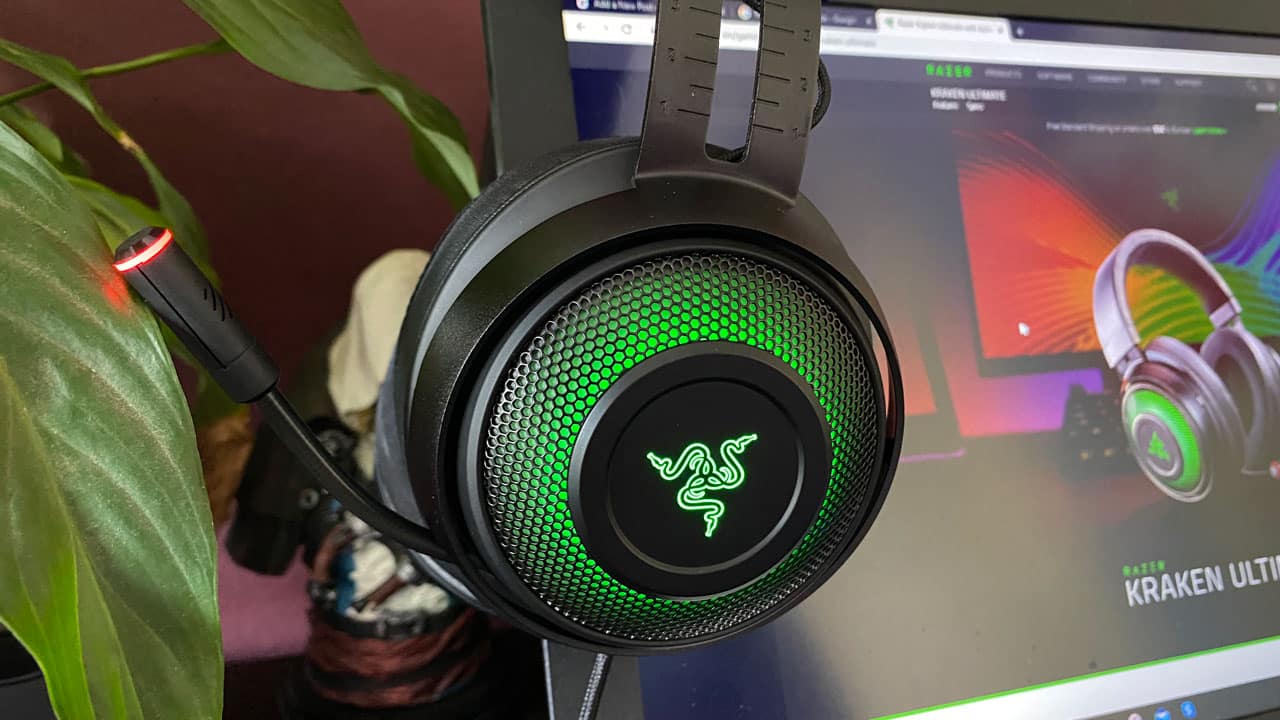 The overall design of the headset is quite basic. It is wired, has a braided cable and the smaller details like the mute button and cooling gel earcups need to be looked for in order to be found. Even the volume rocker which is placed at the back needed some time to get used to.

The biggest selling point for the headset is its THX support and it delivers during the use of the device. Be it when playing a game or watching a movie, the headset manages to bring fuller sounds to your ears and make smaller details clearer. In general, the THX support makes this headset perfect for any game that features dense and rich environments. Things like leaves blowing in the wind, footsteps through water and even rubble crumbling onto the ground. It all brings these sounds to life in new ways and it sounds fantastic. 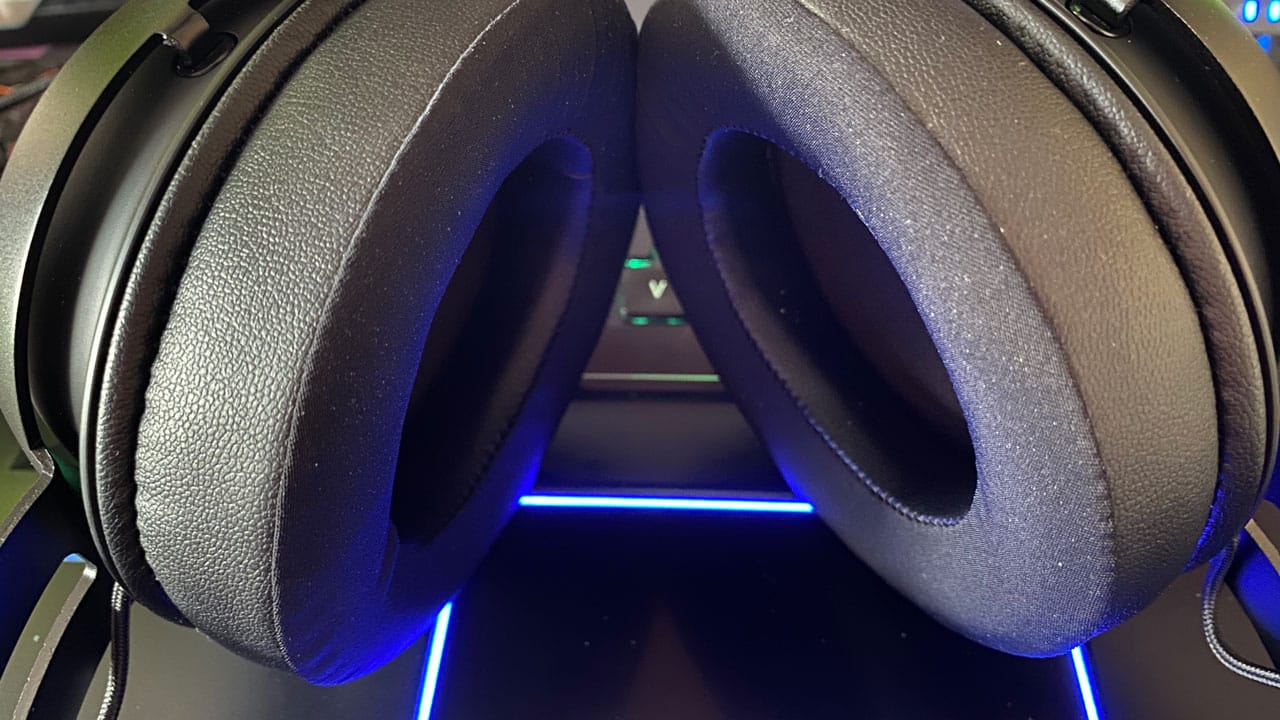 Of course, this is all made better by the Razer Synapse app which powers what apps and games you open and which of them supports the THX experience. The app automatically detects what you are doing and enables and disables the stereo in favour of the THX support should the app or game support it.

Overall, the sound quality coming from the headset was great even when doing the basics like listening to music and watching some YouTube videos. It is all around a fantastic headset when it comes down to sound quality. 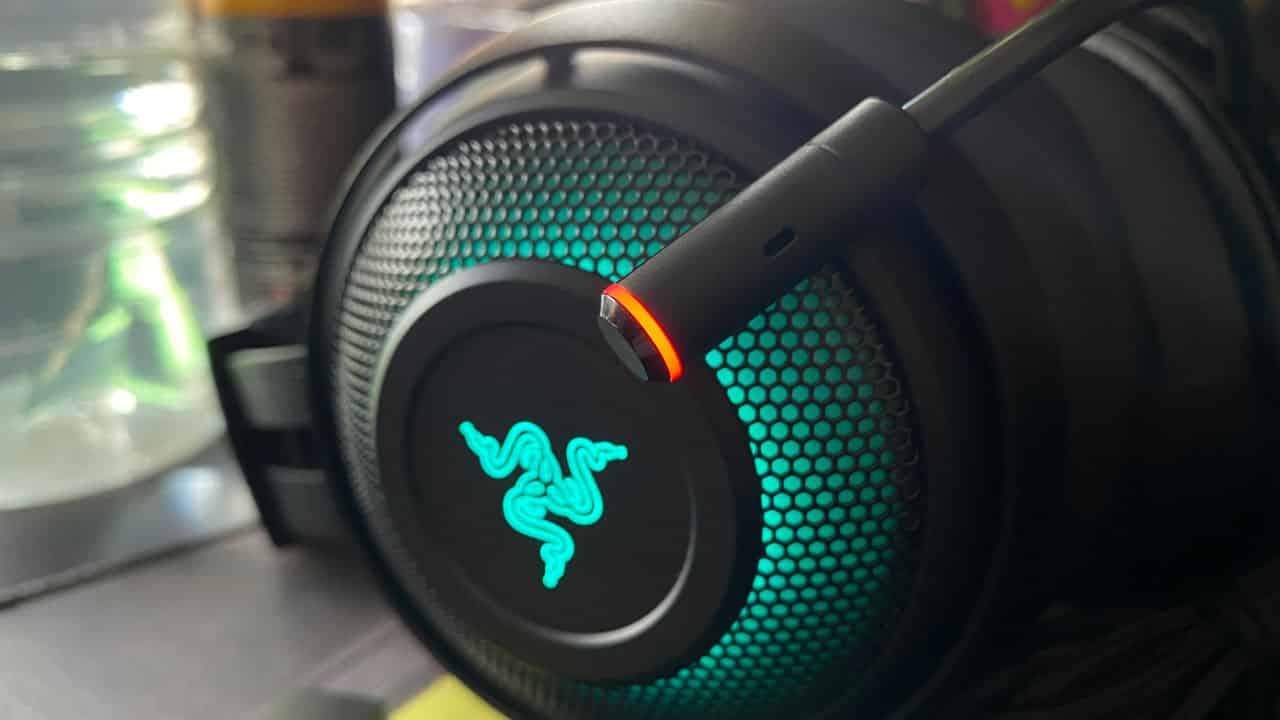 The microphone, on the other hand, is not as great. The active noise cancelling does a decent job muzzling outside sounds but at the same time, it ends up muzzling your voice too. I had a few complaints from friends in a chat party telling me my voice was unclear and strange. While it blocked out the outside noises like the birds chirping outside, it also resulted in a degrade of my voice which defeats the point here. Thankfully, there are a few presets that help with the issue in the Razer Synapse app. They don’t fix it but they make it better.

The Razer Kraken Ultimate is a decent headset with some fantastic sound. While it lacks on the microphone front, it makes up for it thanks to its THX support and how it brings games and movies to life. The overall comfort of the device is also superb. Does it warrant an R2500 price tag? Perhaps not as there are some great headsets on the market for a lot cheaper. However, you won’t get that Razer flair anywhere else.