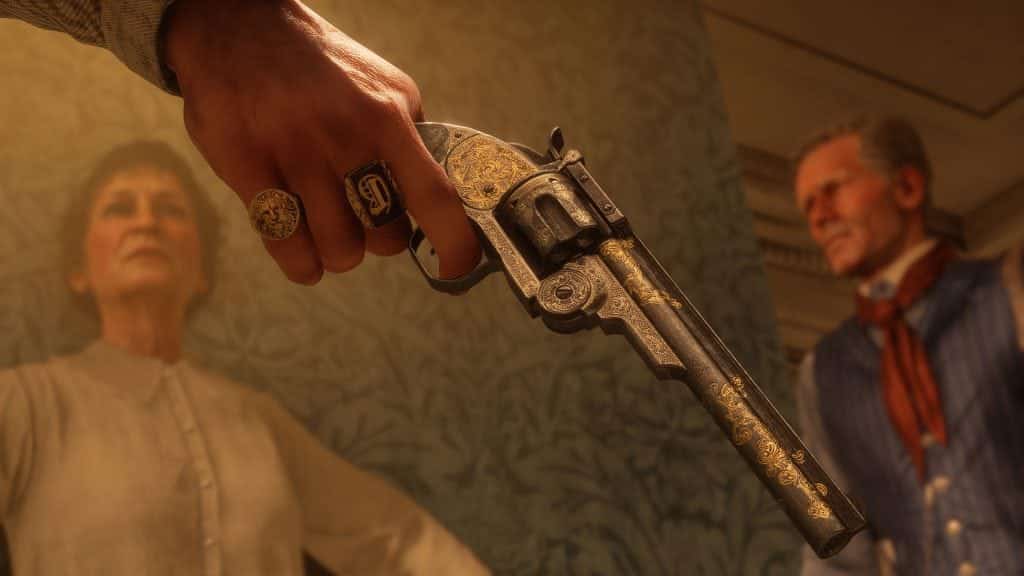 Saddle up e-cowboy! We have Red Dead Redemption 2 tips from PlayStation, a new gameplay trailer from Rockstar, and a stack of glorious new screenshots. There is no doubt that Red Dead 2 is the hottest game of the month, and that there are only 2 types of gamers in October; those that played RDR2, and those who don’t own a console.

Talking about the consoles; RDR2 requires 105GB of storage space and might arrive at retail on two discs. Can you even remember the last time a game released with more than one disc? Neither can I. 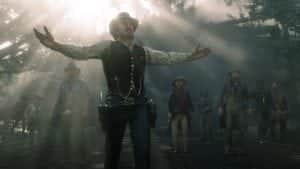 The new gameplay trailer dropped yesterday, and with it, we get out first look at Red Dead 2’s first-person mode. The trailer also shows how the Dead Eye feature works, as well as “all sorts of nefarious activities” players will get up to as part of the van der Linde gang.

Red Dead Redemption 2 is an epic tale of outlaw life that seamlessly blends story with action, and exploration with choice – all under the constant threat of danger.

Activities include; large-scale heists, robbing a train, a house, or a wealthy man’s coach. You can hold up a store and rob it blind, and you can even go loan sharking. Or you can have some fun driving a bunch of giggling girls around the countryside, or go fishing. Talking about stores, some shopkeepers are running a little sumthin’ sumthin’ on the side, and if you uncover it, you can benefit from it.

You can also just chill alone and explore one of the most vast and beautiful landscapes we’ve ever seen in a video game. 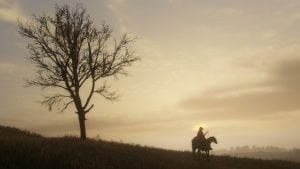 Just keep in mind that it’s not called the Wild West for its rugged scenery. The frontiers, cities, and towns of Red Dead Redemption 2 are filled with rival gangs, and trouble is always waiting to happen. Rival gangs aside, you’ll have to outsmart and outgun the lawmen. These officers are always busy tracking outlaws or investigating crimes – and a lot of times that could involve you.

“Could” because in Red Dead Redemption 2 you can play as either a good-natured fella or a mean son of bitch. If preferring the latter, then you might find more people willing to come forward to act as witnesses of your crimes. You can also play Morgan as someone in-between these two opposites. 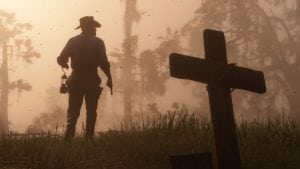 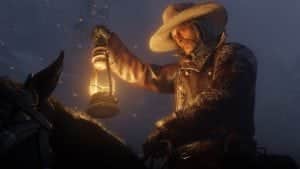 But you “don’t hire a saint to catch a sinner” and in Red Dead Redemption 2 you’ll get involved in a lot of unsavoury deeds. If you get a bounty on your head, then known that bounty hunters will come for you. Which brings us to the new Dead Eye system. According to the trailer, it will progress in stages. The first allows you to slow time, secondly to paint targets, and thirdly, to seek critical points on an enemy’s body.

In Red Dead Redemption 2, “your experience is defined by the choices you make.” These choices range from showing kindness to a beggar, to what you wear, eat, and drink. The guns you carry, and even the choice to shave or bath. You can also take part in good old fistfights, or test your gunslinger skills in a duel.

People will remember you and the choices you made that involved them. They will react accordingly when you cross paths with them.

Fun activities include playing cards and dominoes, dancing, or chilling around the campfire with the gang. 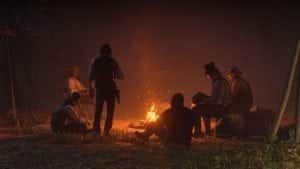 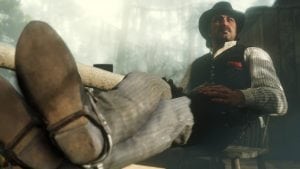 The Dutch van der Linde gang consists of a total of 23 members. You can influence morale and change the way members react to you by “doing your part.” Engaging in conversation can produce new leads for money-making opportunities for the gang.

One of the most important contributions you can make to the gang is to give cash towards the camp’s donation box. These funds are used for camp upgrades like fast travel.

Camp fires are not only there for chilling with a cup of jo; you can also use it to craft items. You can cook healing potions or craft special bullets for your guns. Mind the materials you collect during your travels for a lot of it will be useful for crafting. 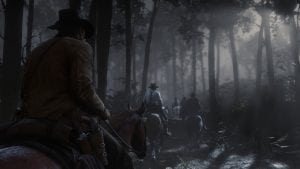 Red Dead 2’s first-person mode is similar to what we’ve experienced in GTAV. You can check it out at 3.42 in the video below. Another cool feature is the new cinematic camera mode.

I can just imagine the gorgeous screens we’ll take of the RDR2’s open vistas, snowy mountain passes, sunsets, dense forests and so on with this mode. Not to mention the action shots.

“Activate Cinematic camera angles that toggle between dramatic close-range and panoramic shots as you ride the open plains,” explains PlayStation’s Sid Shuman. “Hold down X as you ride in this view, and your horse will keep to the track, allowing you to take in some stunning views on epic rides.”

Red Dead Redemption 2 releases on October 26 for PlayStation 4 and Xbox One. 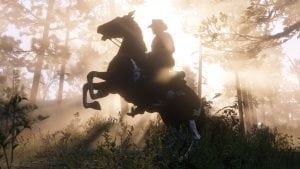