Written by well-known author Rio Youers (The Forgotten Girl; Lola On Fire; No Second Chances) and with art by Tom Fowler (Rick and Morty; The Unbeatable Squirrel Girl; Doom Patrol) for Hill House Comics (The Dollhouse Family; The Low, Low Woods; Daphne Byrne), comes Refrigerator Full of Heads, the sequel to Basketful of Heads – and it’s every bit as gloriously trashy as you’d want it to be.

Here we are with another comic review, and can you guess what genre we’re going to be talking about? That’s right. Horror. Everyone has their guilty pleasures whether they want to admit it or not (looking at you Taylor Swift fans). Mine? Mine is old school 80s Horror movies. The more over the top and the gorier, the better. I can’t even explain my love for the genre but give me a “good” trashy horror, and my whole heart fills with joy. Now it’s pretty much impossible to sum up Refrigerator Full of Heads without going into spoiler territory. However, I’ll try my best to keep everything as vague as possible while still giving you a glimpse into what you can expect. If you’re looking for a comic that starts you off on a 15/10 on the action scale, you’ve come to the right place:

Refrigerator Full of Heads starts off in the middle of a violent robbery. The perps are looking for specific Norse artefacts that are said to have great power. Then you blink your eyes, turn the page, and all of a sudden, you’re in the middle of a Jaws movie. Do I think that if you enjoyed Basketful of Heads, you’re guaranteed to like this one? No. But like an 80s horror movie you hate to love, it’s hard not to enjoy Refrigerator Full of Heads for the insanity it brings to the table.

My little horror-loving heart almost exploded when the Hill House Comics imprint was first announced. Founded by my all-time favourite author, Joe Hill, Hill House promised to be everything I wanted and needed in my comic collecting life. And for the most part, it was. Joe Hill didn’t write all of the comics that launched under Hill House, but even so, the curation was on point and every series delivered in its own way. Basketful of Heads was one of the collections written by Joe Hill himself, and call me bias, but it was the best. 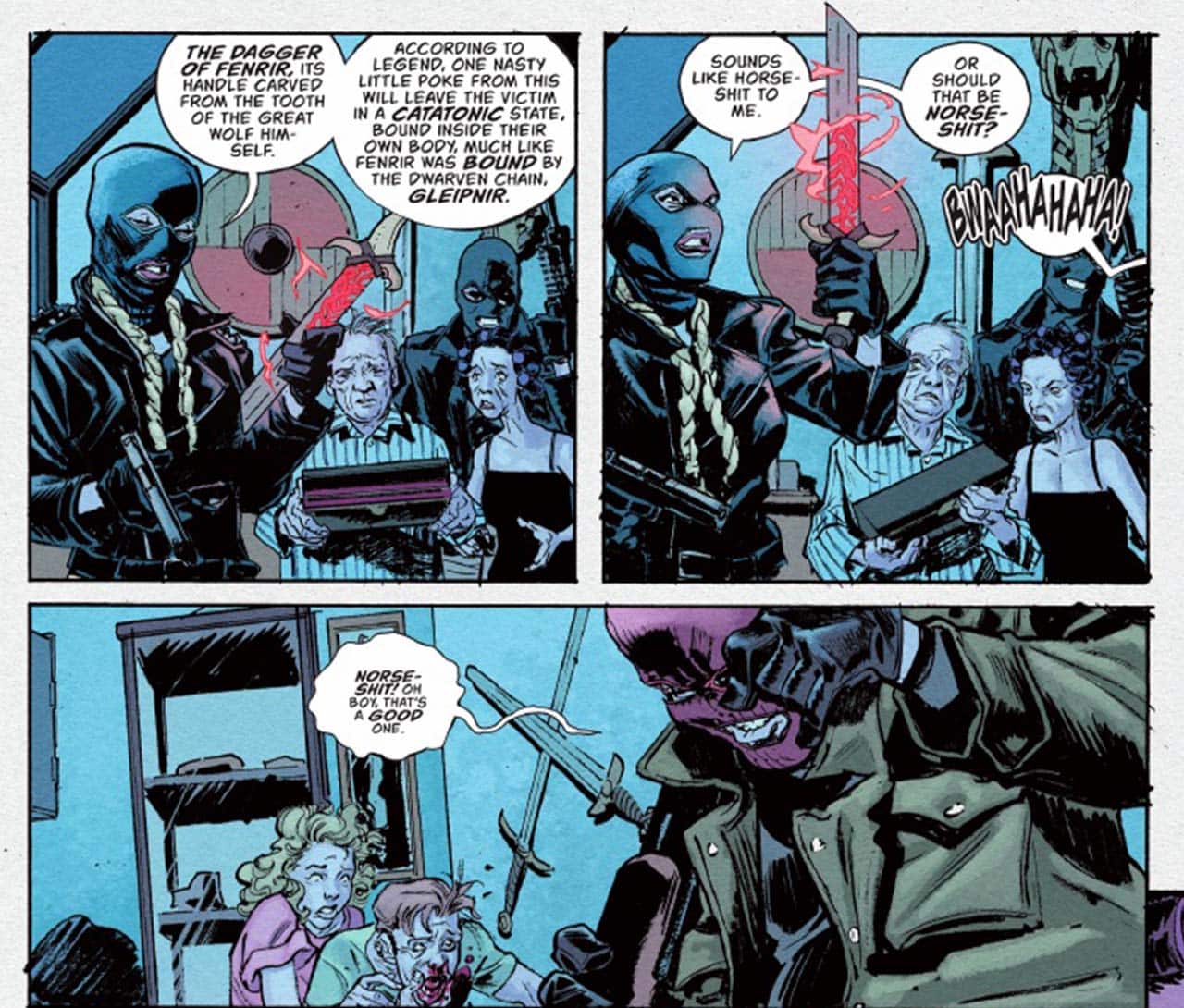 I’ve always loved the projects that Joe Hill takes on because each is an absolute labour of love and a celebration of all things that go bump in the night. Joe Hill isn’t making comics for the sake of making comics; he’s doing it because he has a story that needs telling. Refrigerator Full of Heads marks phase two for Hill House Comics, and while Joe Hill is not the one in the writer’s seat this time, Rio Youers does an okay job taking the mantle.

Refrigerator Full of Heads rockets along at the break-neck pace of any good 80s slasher flick. From the first few pages, we are already in the middle of a blood bath, which never lets up. If you haven’t read Joe Hills original title, you really should, but you also don’t need to; Refrigerator Full of Heads tells its own self-contained story making it highly accessible to those stumbling into the series for the first time. 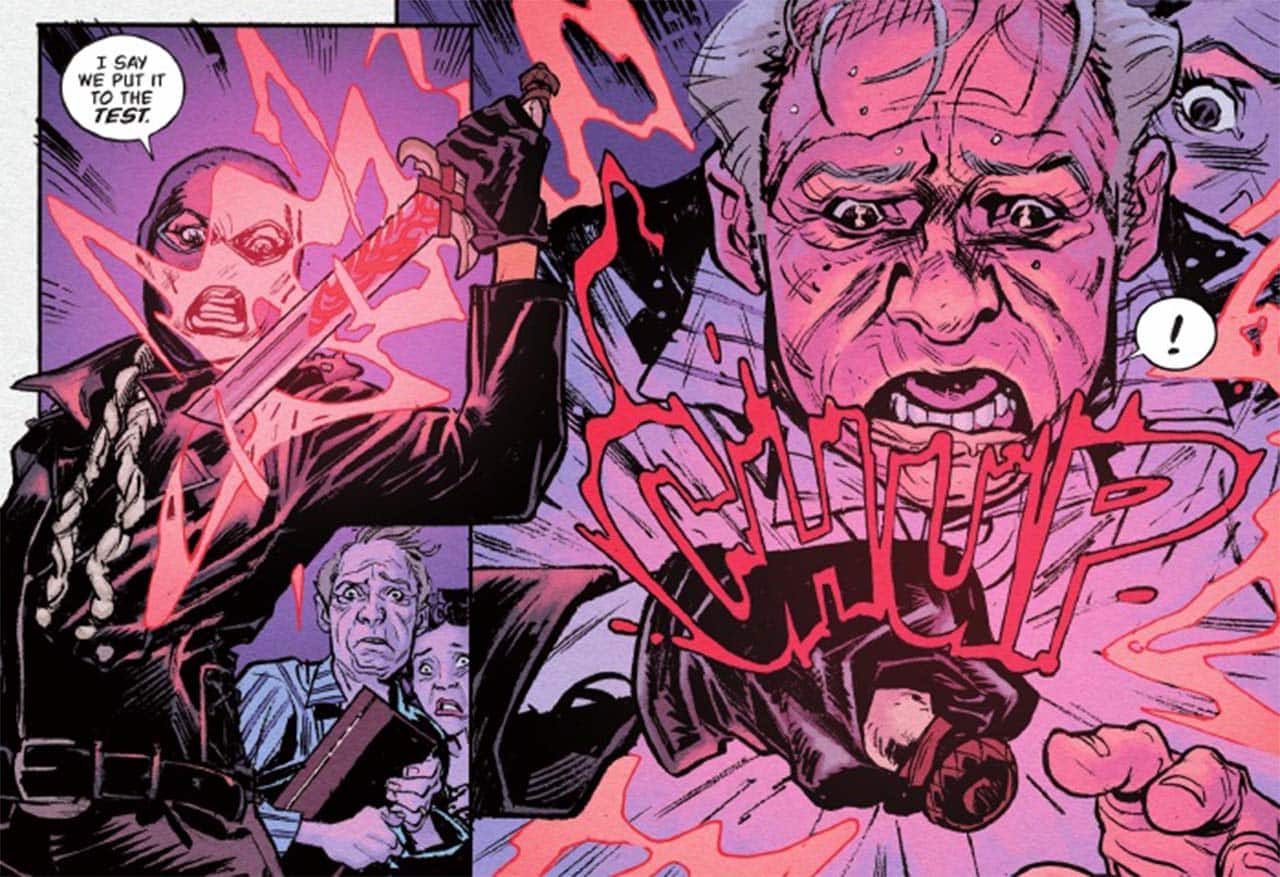