The Resident Evil series has come a long way and while some games have been a bit rocky, I am speaking about your Resident Evil 6, the franchise has seen more spit and polish in recent years than ever before. Of course, we have the phenomenal move to the first-person genre that was introduced back with Resident Evil 7. The game marked a refreshing new take on the series with new enemies, an eerie new location and horror themes like no other. But if you thought it could not get any better then think again. Resident Evil Village is the accumulation of all these new ideas tightly packed together in a game that pays homage to the best parts of the series while also delivering so many fantastic new elements that makes it one of the greatest games in the series.

Want to watch it? Check out our full Resident Evil Village review down below in video form

Much of my love for Resident Evil Village comes from how surprising the game is. Often, I got God of War-level reboot vibes from it. That game managed to fully reinvent itself while still maintaining the elements that made the series so remarkable. Resident Evil Village does just that. Who would have thought that vampires, werewolves and a gothic village would combine into a crazy mashup of elements and fit so perfectly into the Resident Evil universe? We are talking about a series that has been loosely based on a zombie outbreak for the longest of time.

Simply put, Resident Evil Village is incredible. From the moment it starts, right up until the end I was taken on a horrific rollercoaster of torture as I fought my way through deadly packs of Lycans, had ho-downs with blood-thirsty vampires and did some other crazy stuff that I can’t spoil for you here. Through every moment, the game delivered a superb atmosphere that cranked the scares up to an eleven. It is a disgusting, uncomfortable horror game that I could not put down. 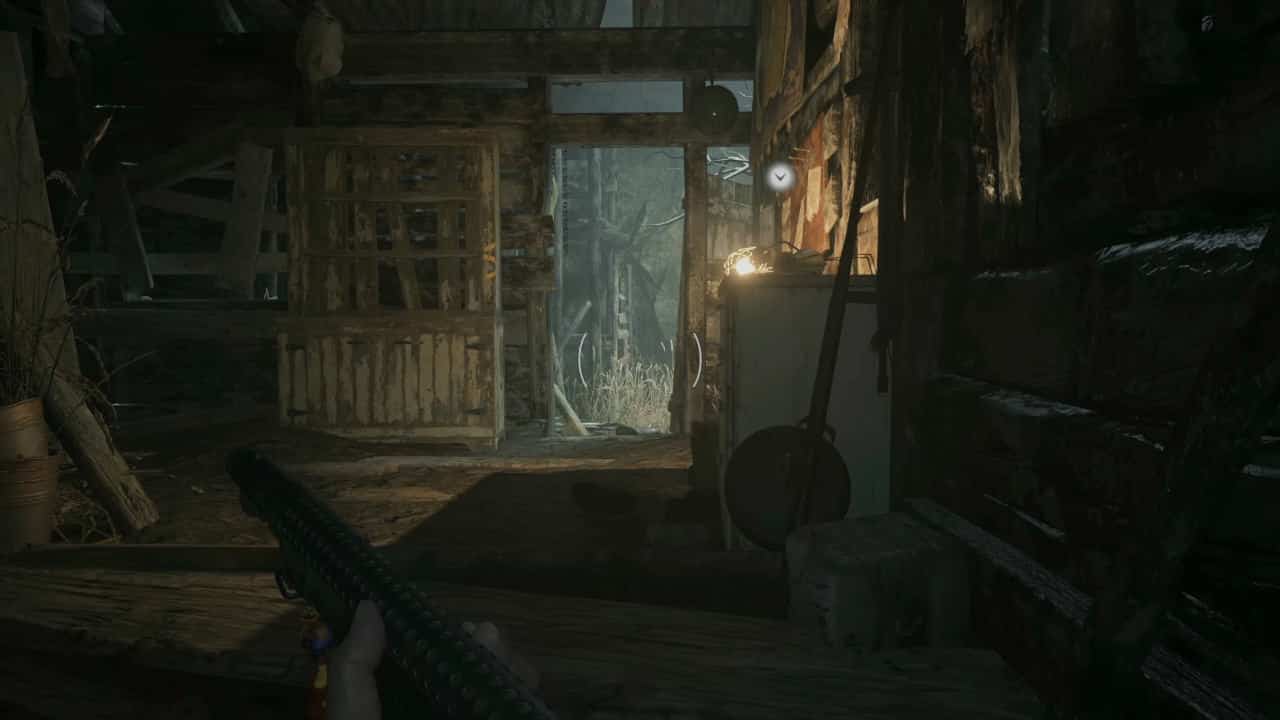 If you have not guessed already, Resident Evil Village is set in a European village somewhere in the icy mountains. Ethan Winters, the hero from RE 7 is trying to live a peaceful life when Chris Redfield storms into his house and kills his wife Mia. Ethan then gets dragged off and wakes up in this village. He soon discovers that his daughter, Rose has been kidnapped and sets off to find her.

That is the long and the short of the game’s story. Revealing anything more would ruin the excitement and mystery that shrouds most of Resident Evil Village’s key moments. You see, unravelling the game’s plot was a big part of the journey and if you plan on playing the game, you need to do this yourself. 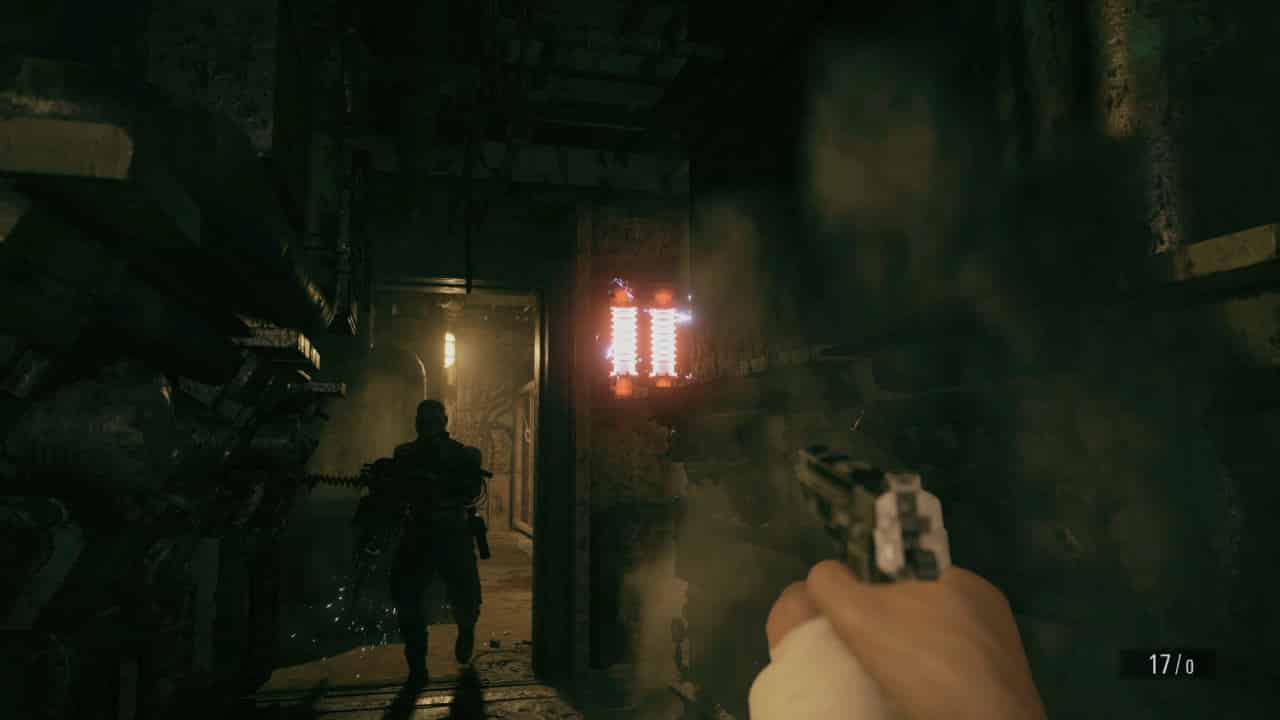 I can just tell you that the Village is home to four lords. There’s the beautiful Lady Dimitrescu, a freakishly tall vampire that lives in a massive castle. There’s Donna Beneviento and her Doll Angie that lives in a haunted mansion. We have Salvatore Moreau, a deformed hunchback that lives in the swamps. Lastly, there’s Karl Heisenberg who overlooks a massive factory on the outskirts of the village. Let’s not forget Mother Miranda, the mysterious lady whom the village worships.

With that in mind, you can kinda get the idea here that Ethan Winters needs to hunt all these four lords down in their designated areas and kill them. That is kinda the rhythm and flow of Resident Evil Village. However, it is this pace that makes the game superb. Each area I explored delivered new gameplay elements, puzzles, enemies and loads of treasures to uncover and collect. There’s also the jump scares, enemies that relentlessly hunt you down and all the typical horror elements that you would expect. 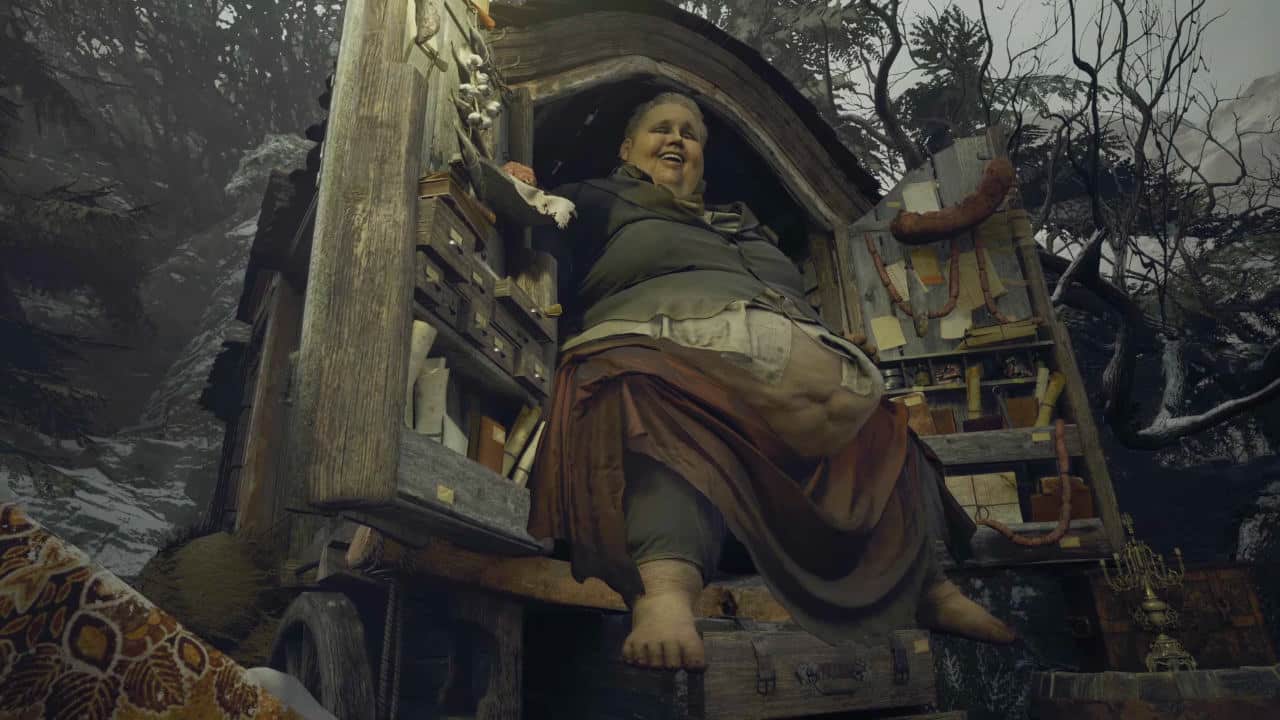 Be it the roomy Castle Dimitrescu and its flying bat-like creatures that hunted me down while I was running across the rooftops; to the hordes of Lycans that chased me in packs and tried to rip my throat out. Each encounter in Resident Evil Village left my heart racing and my bullet counts lower than ever. I crept through the pitch-black corridors of Heisenberg’s factory only to be shooken by a zombie with massive drills for arms as he scraped them across the walls causing sparks to fall from the concrete and light up his face.

Let me not forget the insane encounter against Urias, a mallet-wielding giant Lycan that leapt down from a rooftop and slammed the ground in front of me. These moments left me feeling helpless as I stood there with my mouth wide open and a pistol with five bullets in the mag knowing the next few minutes would either make or break my nerves. Resident Evil Village shines during these scenes thanks to its unique gothic themes and incredible gameplay. 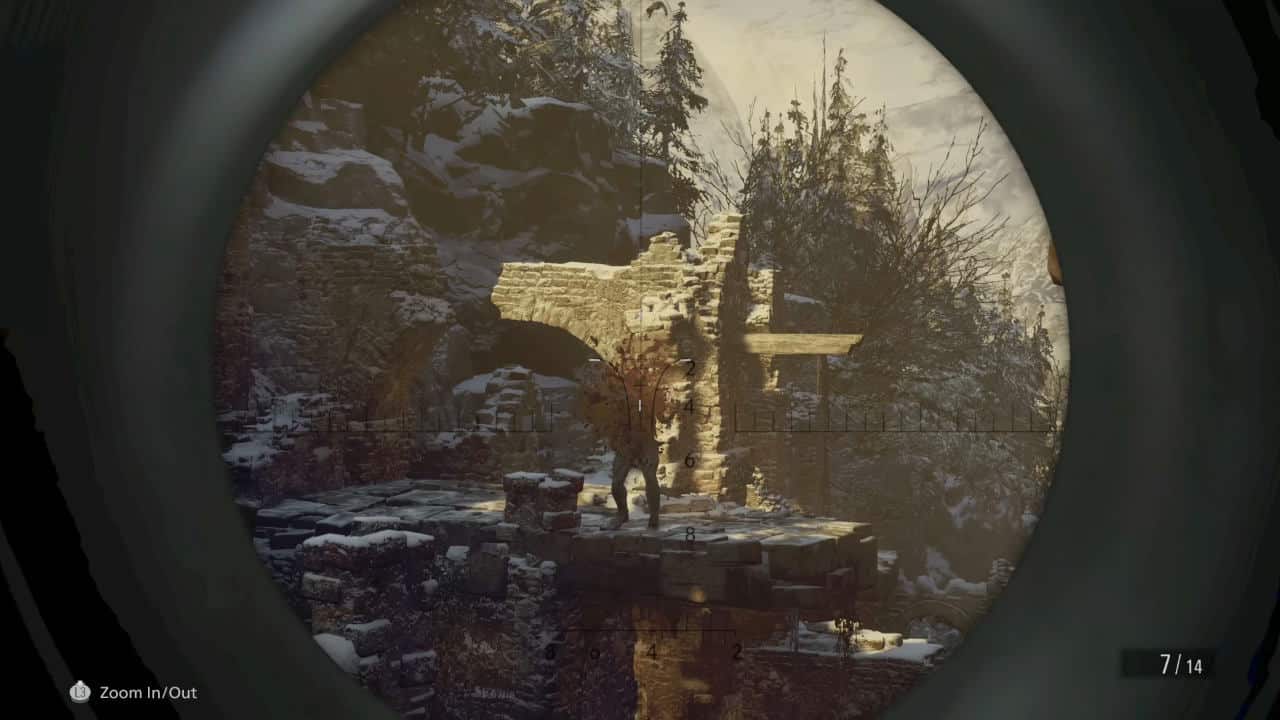 Throughout my time with Resident Evil Village I was constantly left in awe. Every new door I opened welcomed a new surprise. Every boss fight made use of unique gameplay elements and even the in-between moments had me grinning from ear to ear while also dying a little bit inside. One particular chapter had me creeping through a portion of the village avoiding a Varcolac, a powerful dog-like beast that was trying to hunt me down.

The catch; these houses were also littered with Lycans feeding on the dead. So here I was trying to sneak through the area while staying hidden under floorboards while also avoiding a possible Lycan horde chasing me down. It was torture but brilliant at the same time. Of course, I could go guns blazing and use every bullet I had to take down these Lycans but the sneak option meant I was able to get the distance between the Varcolac, kill some Lycans and then run for my life as I tried to slay the beast. 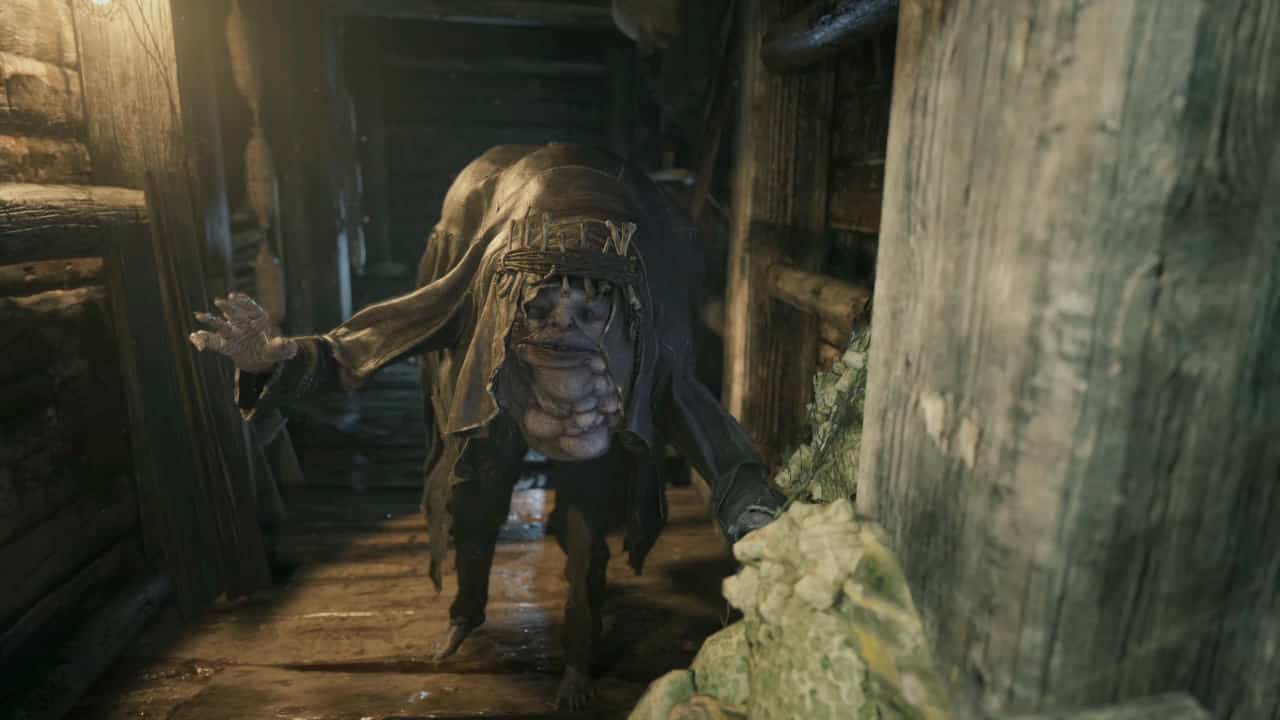 This moment to moment gameplay is where Resident Evil Village forces you to think fast and make use of every item, hidden doorway and bullet you have in the mag. If I had to run into the house and block the doorway with a bookcase while I got my nerves together then so be it.

Much of my time with Resident Evil Village was spent exploring and the game puts a lot of emphasis on this. The Duke is the merchant this time around and buying new items and upgrading gear relies on Lie, the game’s currency. This means I was compelled to collect it all by killing enemies and finding the massive roster of treasures scattered around the world. It also helps that these treasure not only look fantastic to inspect but some of them are also combinable with other treasures. For example, some necklaces have low value but two slots. So I made an effort to 100% and area of the village by exploring every nook and cranny and finding the two gems that slotted into the empty holders. The necklace then skyrocketed in value when I sold it to the Duke and I was able to buy that power upgrade for the magnum and a magazine increase for my shotgun.

The Duke can also cook food now that grants permanent stats boosts to Ethan. However, this relies on materials. I had to hunt down pigs, fish and even chickens to gather ingredients to give him. Some ingredients were even rare and had me hunting down a rare animal using a photo of its location that I found on its desk. 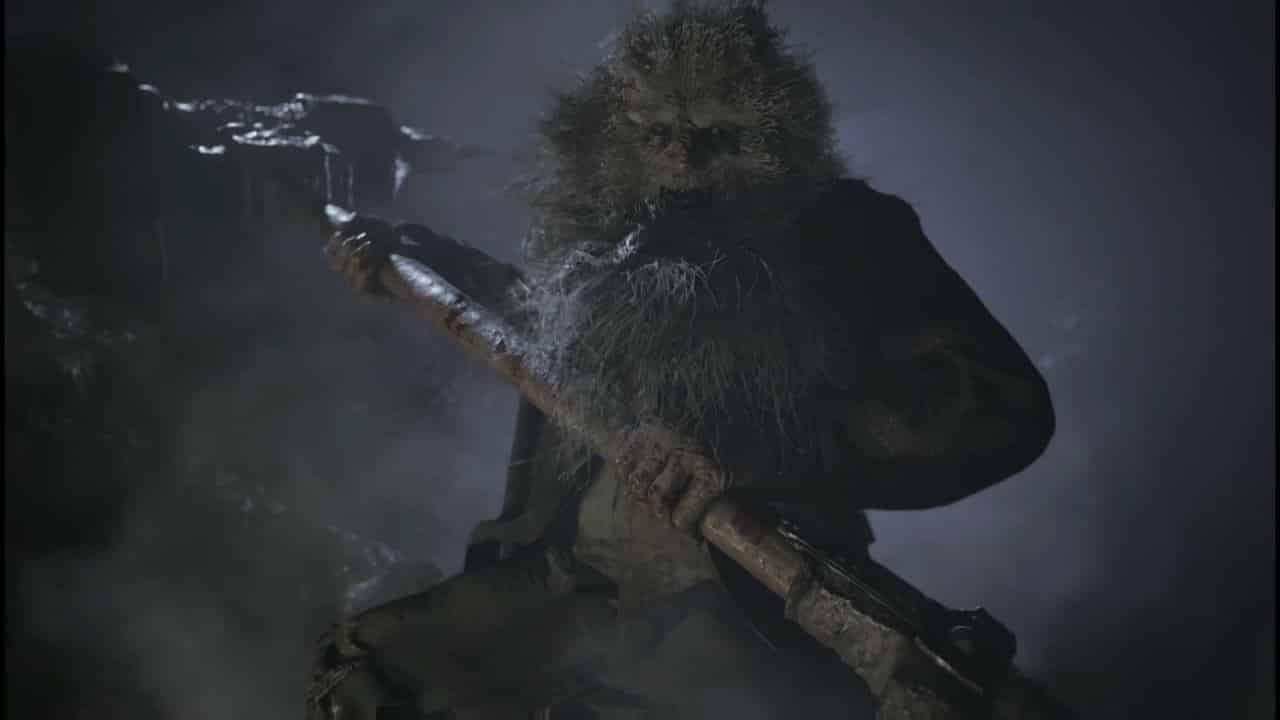 These new changes to the game’s systems create new exciting side activities to complete that are always rewarding but some of them are also layered in intense fights. I will never forget heading towards a treasure box on the map only to be welcomed by a massive axe-wielding giant that leapt out of the trees in front of me. I ran, I cried a little and I died… In the game of course.

Inventory management has always been a staple in the series too and Resident Evil Village keeps this classic feature. However, this time crafting materials don’t take up space. Instead, I could store as many green herbs as possible and make Chem Fluids when I needed them. This is great as it meant I did not need to keep inventory space for the herbs and I could focus on my guns and ammunition taking up space instead. Resident Evil Village, while being a horror game is also great to play thanks to its incredible gunplay and action. Weapons feel great and after tweaking the sensitivity and reducing that annoying camera ramp up, it felt like a good first-person shooter. There was nothing as satisfying as pulling out a sniper and headshotting a bow Lycan in the head right before he was able to release a fire arrow in my direction. The same goes for mowing down zombies with a shotgun. Seeing them all fly backwards after a shot is typical Resident Evil. “Do they get up or should I fire another shot?” You know how this question goes.

I don’t want to spoil things but the game has some rather incredible surprises in store that had me freaking out. Just know that the game does not hold back on you and it is the most fun I have had in the series in a very long time. 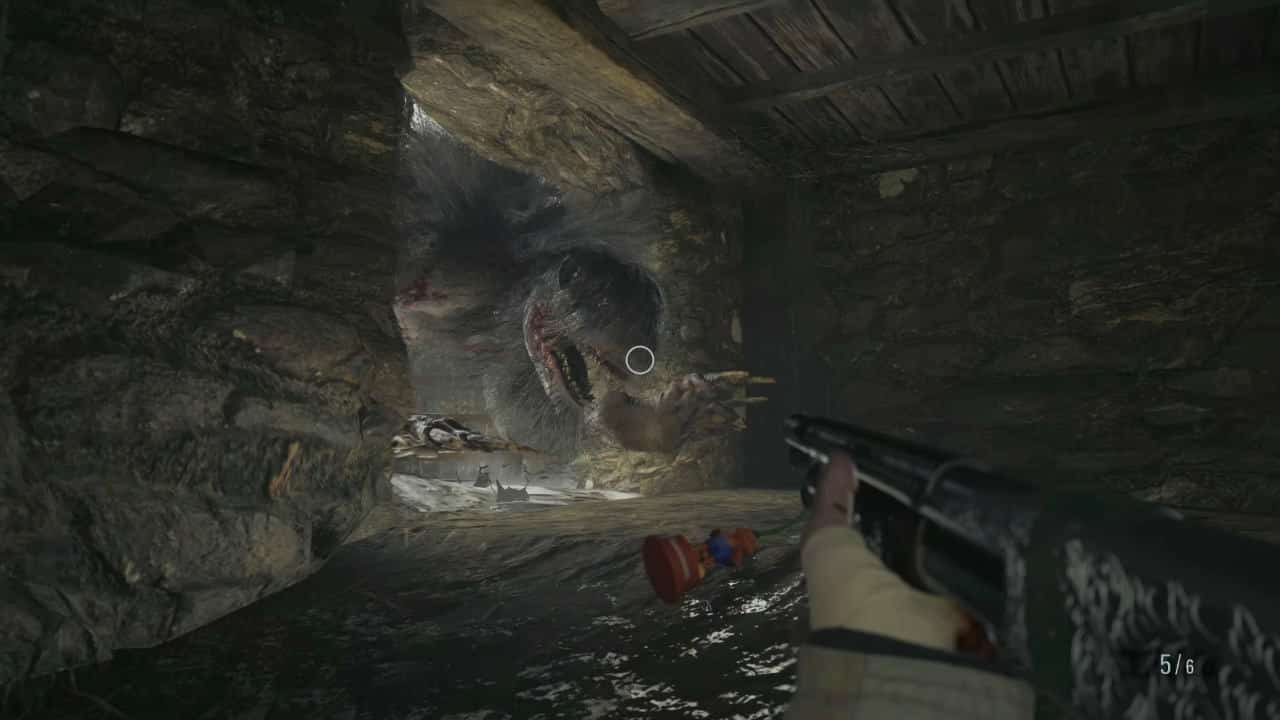 It also helps that Resident Evil Village has some of the best production value I have seen in a game. It is truly remarkable to play thanks to its stunning visuals and fantastic sound design. Every single area delivered a chilling visual aesthetic that plays into different themes. The castle was clean and expensive and I could not help but get freaked out at the sound of floorboards creaking and doors closing in the distance. The factory has its cliche burst pipes but my nerves were wrecked walking past zombies who were not “turned on” but hanging in the doorway.

This all made me so happy because Resident Evil Village is a visual masterpiece and it makes owning a PS5 so worth it. It runs like a dream at 4K 45FPS, looks absolutely out of this world and the sound design elevated the horror experience to a whole new level thanks to the 3D Audio support. It loads in 4 seconds too. Just impressive all around. 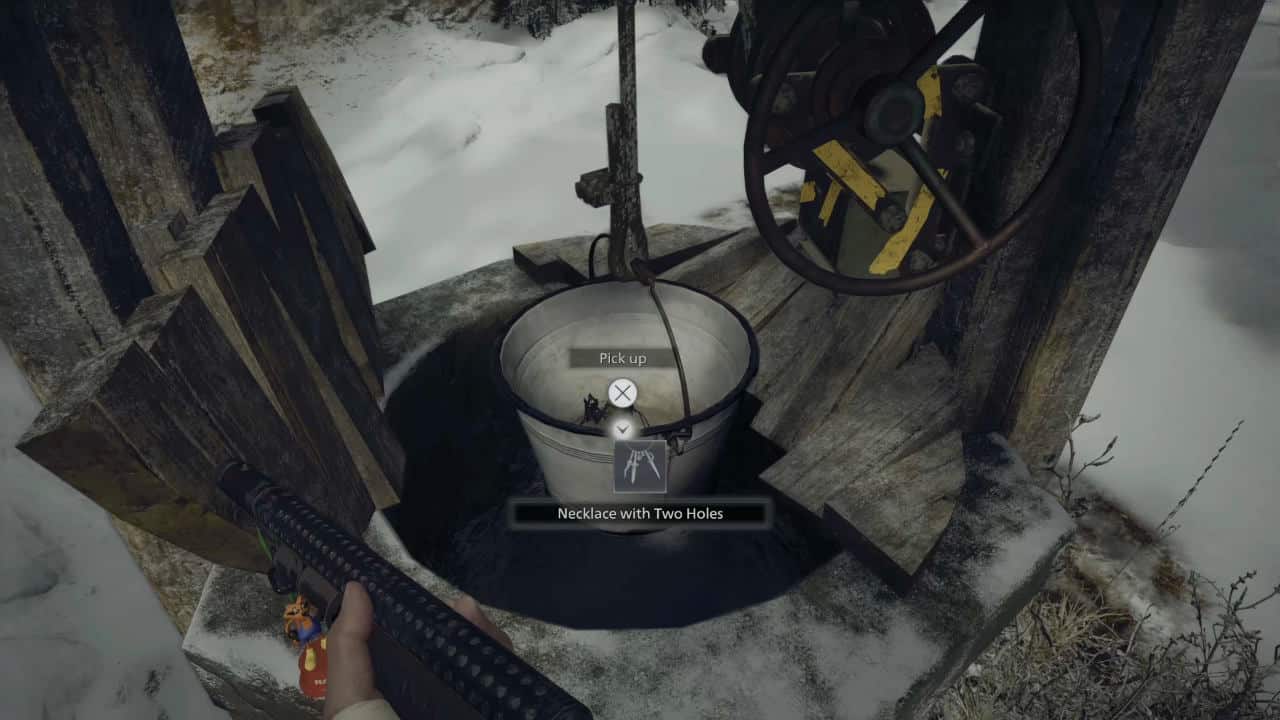 Once done, I unlocked the challenge store where I could buy weapons, art and other goodies. It is your typical end-game Resident Evil experience here and a second playthrough will no doubt be faster and more explosive with these unlocked items. There’s also the Mercenary Mode that is all about the gunplay as I had to rack up score killing enemies as fast as possible. It is a great end-game mode.

Resident Evil Village is a phenomenal game. It manages to reinvent itself in some new creative ways while still delivering one of the most explosive and surprising experiences in the series. However, the game’s most impressive feature is its gothic setting that could have felt out of place. Instead, we have a world that feels so unique and a cast of characters that forces the player to invest in the story. It takes the gameplay to new heights while at the same time feeling as true to the formula as ever. That to me is game design perfected. 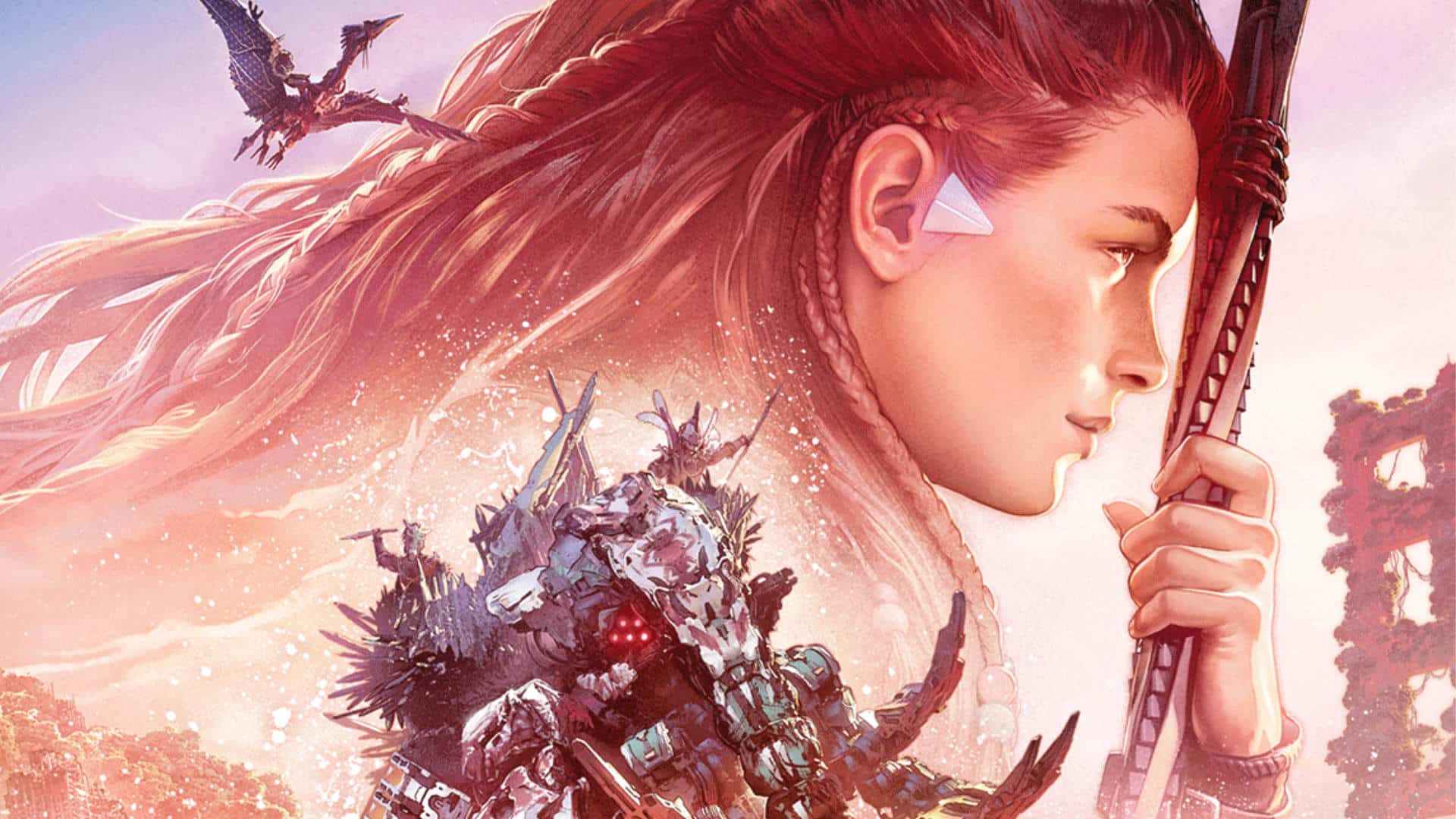 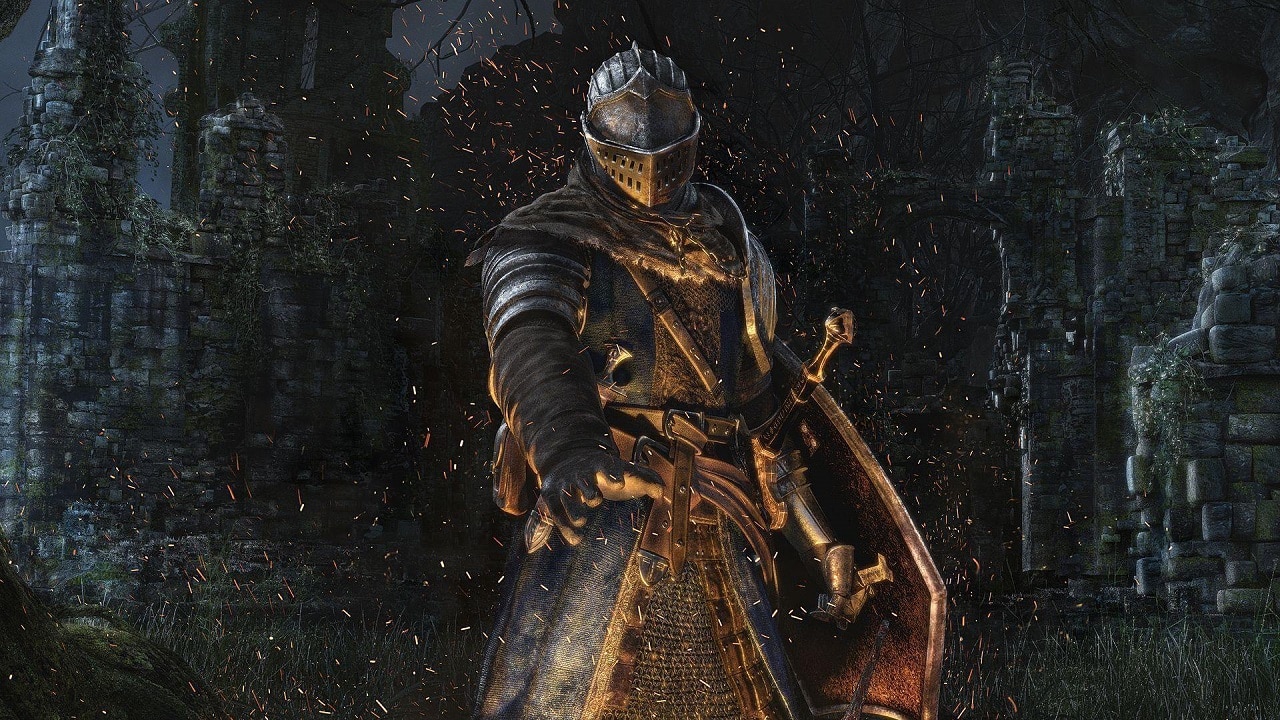 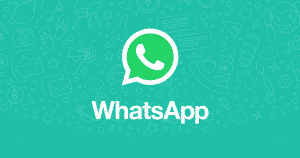 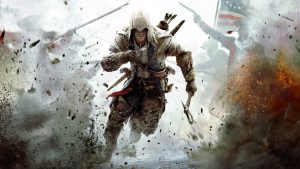