2018 was the year when review bombing really took off and it is continuing strong into 2019. When a developer does something that gamers disagree with, such as CS: GO going free-to-play, Metro Exodus not coming to Steam, or even if a developer announces a new game (Artifact) that fans don’t agree with, things escalate quickly. Gamers flood to a title’s store page or on Metacritic, dropping the most negative score they can in protest to what a developer is doing.

Related: Metro Games Are Getting Review-Bombed on Steam

Review bombing isn’t going away anytime soon and I, for one, believe that it will only increase in frequency and severity going forward. That’s why this is as good a time as any to discuss review bombing, what impact it can make on the industry and most importantly if it is really a valiant and selfless act or a product of growing entitlement amongst many gamers. Let’s kick things off with the positive side of the discussion, shall we?

Everyone has the right to their own opinion and heck, I’m writing this piece sharing my thoughts with you. Peaceful protest or different opinions are not only welcome but encouraged. That’s why there are user review options on platforms like Steam and Metacritic.

Taking full advantage of your rights on any of these platforms can be a great thing to do and it is a way for the community to let developers know when they have stepped across a line. It is the same thing as voting with your wallet and at the same time, warning others about certain practices. Not everyone is clued-in on all the latest happenings in the gaming industry and in a way, review bombing helps inform many gamers.

The hope with review bombing is that gamers take a stand together and nudge the developer in question to make changes to a game, rework their stance on subjects such as microtransactions, or to push them to fix bugs and glitches (looking at you, Fallout 76). It is a way to speak out and help others vote with their wallets against bad practices while standing up for what you believe in. 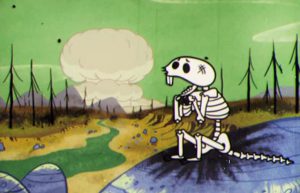 It is great to have platforms where users can voice their opinion loudly and not every platform gives gamers this opportunity. Those platforms that do give users the opportunity should be respected. How do you respect a platform while review bombing? Well, it is pretty simple actually and many gamers do well in this aspect. Listing the issue with a game or the developer under your user review is key and when you review bomb a different game from the same developer, you should clearly state that this is due to another game and why you are doing it. Unfortunately, thousands don’t follow this practice and that’s where a problem comes in, but more on that later.

Review bombing sounds great, doesn’t it? However, we can’t just stop here, as there are negative impacts of review bombing as well as sometimes, the act is less-than-valiant, to put it lightly.

Review Bombing: A Product of Entitlement?

Sometimes when I see yet another review bombing taking place, I can’t help but think about how entitled everyone has become. It’s not always the case, but there is definitely an argument to be made that review bombing is the product of a toxic community. Keep in mind that I am not trying to say everyone who participates in review bombing just “did it for the lols” or do it in an unfair manner, but there’s definitely a bunch of gamers out there that jump on a bandwagon.

It is a form of mob mentality when thousands of players just jump on it without real cause. For example, gamers who participate in review bombing even though they had no intention to play a specific game, never played it before or don’t even like the franchise to begin with.

I can still recall how Dota 2 got all the hate when Valve announced Artifact (not even the same development team) and recently when Metro 2033 and Metro Last Light got into the line of fire for Metro Exodus not coming to Steam. Yes, that was the way to voice a strong opinion about another game, but the key word here is “another”. When Valve decided to make CS: GO free-to-play, in an attempt to increase the game’s community, the game also got review-bombed because people who already owned the game disliked the idea. Sure, there are issues with more cheaters coming out of the woodworks, but making a game free-to-play without any nasty microtrasactions is overall still a positive move. 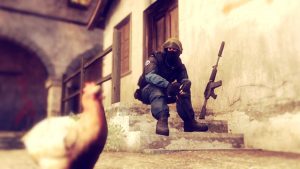 In the case of Metro Exodus, things got really heated and the war between Steam and the Epic Games Store escalated. However, Metro 2033 and Metro Last Light are fantastic FPS survival titles that do not deserve the hate. Now, new gamers who aren’t clued in about all the drama head onto the Steam page for both these titles, they might refrain from grabbing these games and have fantastic experiences due to negative user reviews. It is a misdirected anger and yes, it does seem exceedingly angry to spend your time review bombing a game just because you prefer Steam instead of the Epic Games Store, which are both great by the way.

Last, but not least, there’s being respectful. If you voice your opinion in a respectful manner, that’s one thing I can get behind. However, threatening a developer or just saying “F$#@ you!” as your entire user review helps no one. It is even worse when everyone just jumps on the train with nasty comments that offer no insight into the issue and the user reviews become a cesspool. Sure, the developer might have decided to do something with THEIR product that you didn’t agree with, but they are still people who worked hard on this creative product.

So there you have it, two takes on review bombing. This act isn’t going away any time soon and maybe it shouldn’t. Maybe, this is a great move by gamers to keep developers on their toes and warn others about bad practices or video games that simply don’t live up to what is advertised. Even so, as I mentioned earlier, it isn’t always coming from a good place and misdirected hate towards other games by the same developer makes for a hot mess.

What is your take on review bombing? Share your thoughts and opinions with us in the comment section below.