Evetech is one of SA’s leading PC retailers. I have bought from them and you have most likely done the same. In 2017, I actually built an entire PC after visiting their Centurion head office and walking out with way too many things. Most important of all was the PC case I got from them. Evetech makes their own PC cases and the one I bought back then has held up pretty well. It features six fans, some great tempered glass and is pretty easy to clean too. I actually enjoy taking it apart and hosing down the parts with a showerhead.

In terms of cable management, the case also held up well. Behind the main divider, all the fans plug into a controller which hides all the bulk away. There is also a switch to change the colour of the fans. Everyone that sees the case always asks me what brand it is and where I got it and for a locally-made product, Evetech really outdid themselves. 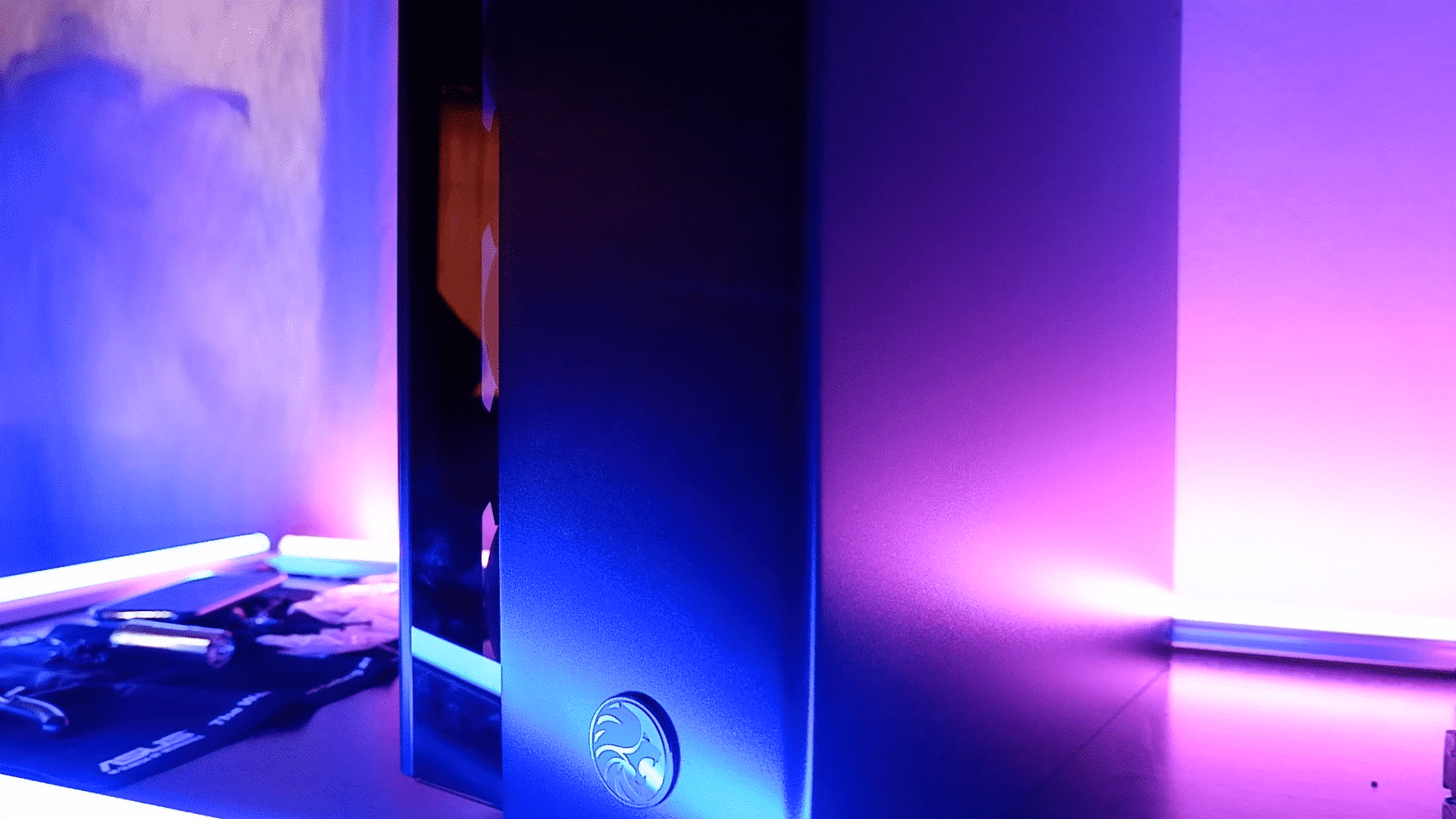 However, Evetech now has a new case on the market, the Evetech Hero PC gaming case and I got my hands on one. After the awesome experience with the last case, I had high hopes for this Hero case and my objective: review the case while transferring my entire PC from the old case to the new one. Of course, seeing the case in action is important so you can watch the entire experience down below.

What I am transferring over 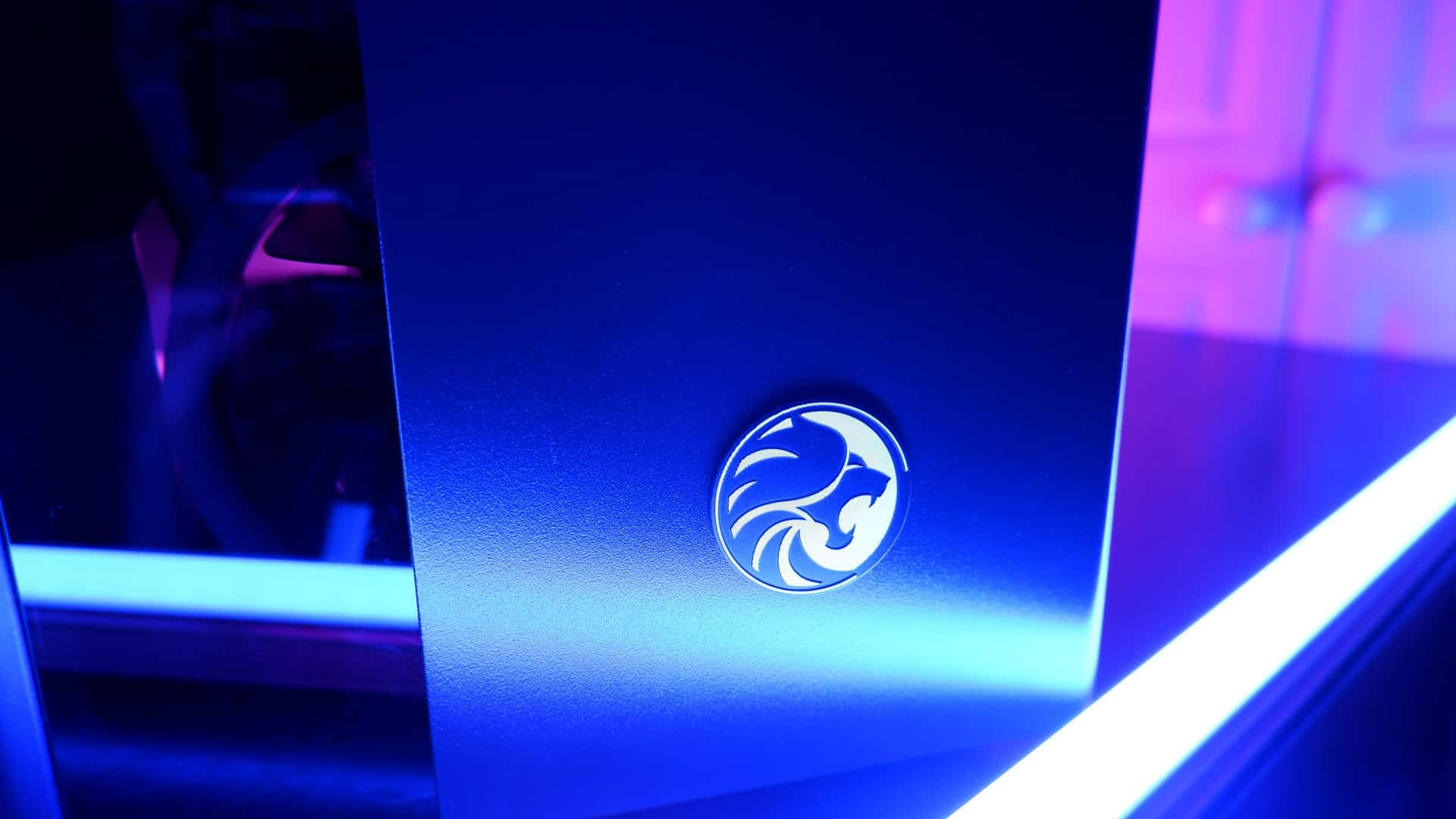 First things first. The Evetech Hero case comes in quite a heavy and sturdy box. When opened, the case is carefully supported by two giant pieces of foam and so far I am impressed. Packaging is life to me and Evetech made sure to keep things safe and secure during transport and delivery. We pulled the case out of the box (with some struggle) and it was covered in a sheet of clear plastic. Once removed, the beauty of the case was quite clear.

On the front, we have a black matte metal that covers three-quarters of the case and wraps around the one side completely. The other quarter is a clear class which gives it just enough space to peek into the RGB lights peeking out of the corner. At the bottom of the metal, there is the new Evetech logo in a medal-like emblem. It is quite pretty. On the top, we have a ribbed vent system with two giant holes for the top fans, protected by a mesh for dust collection. The two USB 3.0 ports, the headphone and mic port, power switch and restart button are on the top too in a sleek verticle strip. The old Evetech case I owned, had four USB ports on the top, this one has two so hopefully, I don’t run into an issue with the lack of USB ports. The right-hand side of the case is full metal and it looks great. The metal wraps around the front to the side with a rounded chamfer design that hits the light quite beautifully.

On the opposite side, there is what every gamer needs in their life, a dark tempered sheet of glass with a window to your PC internals. From this window, you can see the entire inside of the PC and while it was dark at first, I could not wait to get it lit up with all my stuff. The six RGB fans are clearly visible from this side and there is a giant “Evetech” log on the bottom casing where the power supply and bulky hard drives will be stowed away. 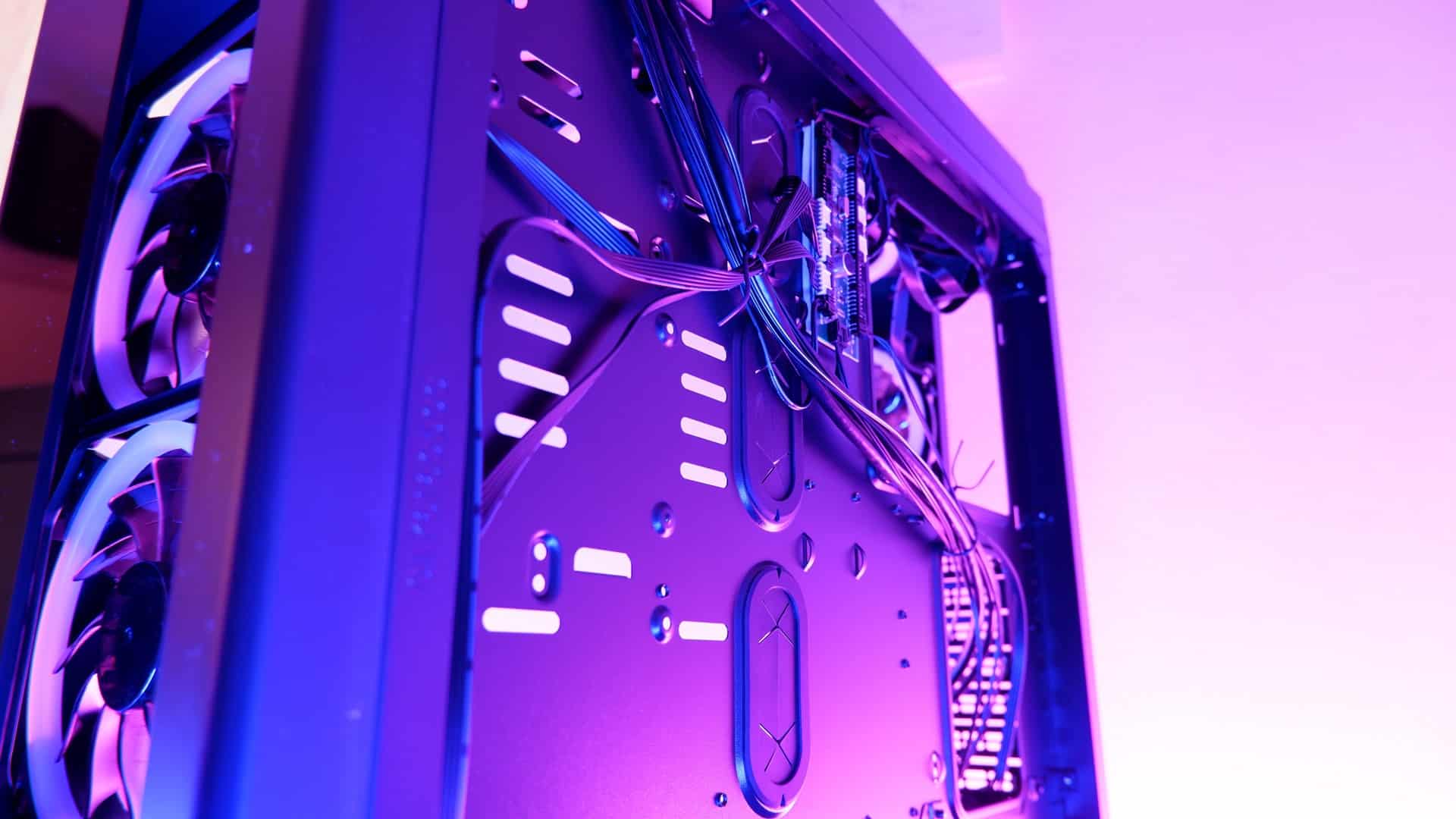 The case is supported by four non-rubberized plastic feet. Would have like some rubber on it for extra grip, to be honest. Underneath, there is a dust mesh for the power supply which can be easily removed and cleaned. Lastly, the back is a bunch of holes that will be filled up with my GFX card and motherboard later on.

So, of course, I needed to move everything from my one case to another. I took out my trusty old PC kit and started pulling wires out, unscrewing the motherboard and unplugging everything in site. I was a bit sad as my cable management was on point and now I was ruining everything. But you know what they say, the grass is greener on the other side and in this case, “the other side” is the Hero case.

Once everything was out of the case and ready to move into the new one, I was quite amped to get it all installed.

I was now ready to move everything into the new case. Upon opening it up, I found a plastic bag with the RGB remote, a load of screws, motherboard holders and cable ties. On the one side of the case, everything gets screwed in and on the other side, it is all hidden away as you arrange the cables to your liking. The case is a lot smaller than the older Evetech case I had which is a good thing as it means more desk space. Four rather large screws hold the two sides on which can be unscrewed with your fingers or a screwdriver if you wish. Once open, I set the sides down to focus on creating the inner PC workings. The first thing I did was put the PSU in and screw it onto the case. There is a lot less room for power supply cables in this case, which could amount to the much smaller size of the overall case.

I installed the motherboard which was mounted into the nine silver mounts and screwed on with the screws. Both sets included in the case. The motherboard did have a small gap at the back of the case where the ports are which could be an issue for dust but it could also just be my board which is too small for the giant hole. 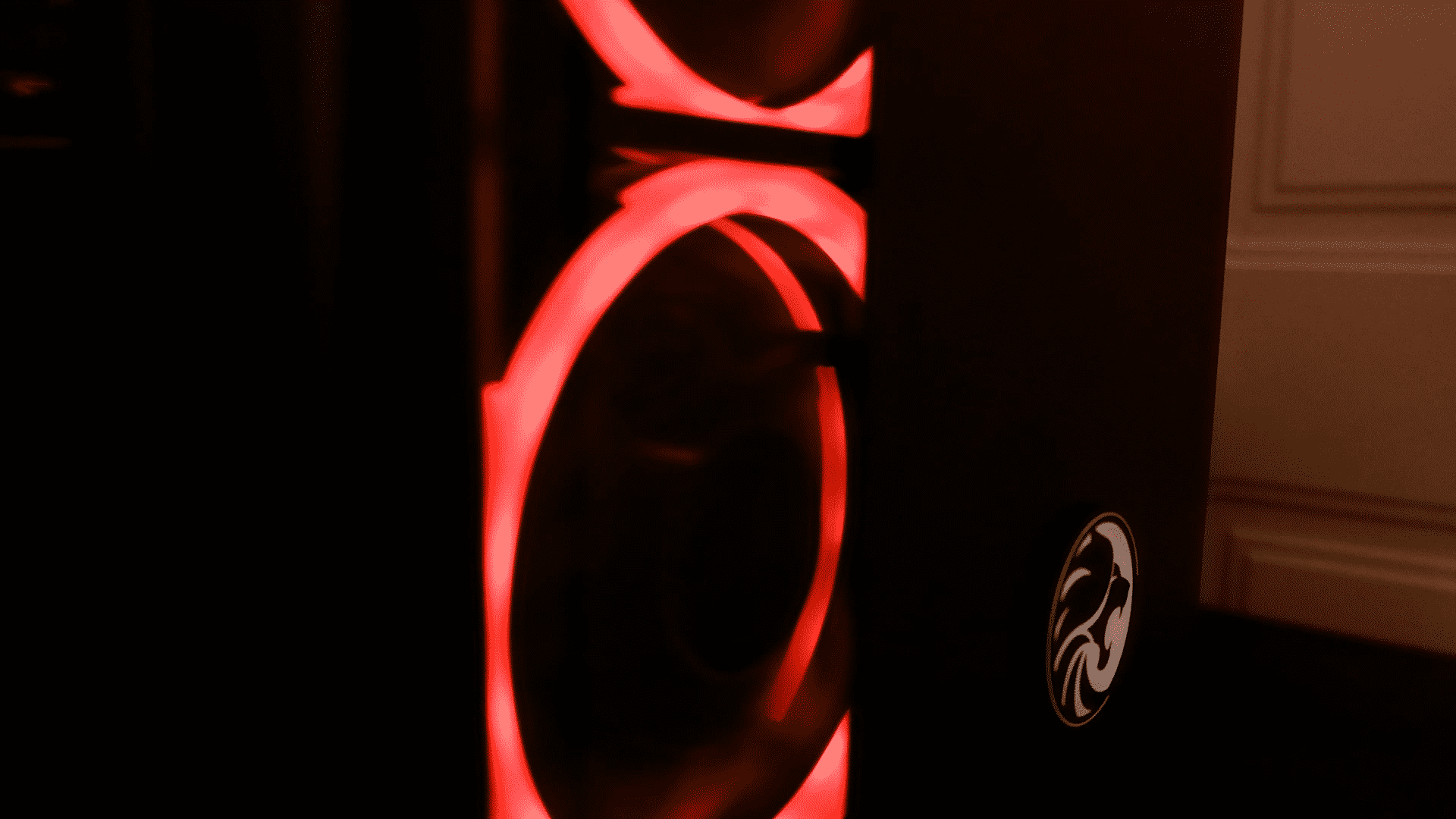 I then mounted the SSD, placed the larger hard drives into the trays which need no screws at all as the drawers have mounts on them and then I started the wiring.

The cable management in the Evetech Hero case is great. Everything hides in the backend of the case behind the giant metal slab. You then feed all the cable through the holes that have a rubber trim around them for extra grip. I took care to hold the rubber in place while feeding the wire as it often came out of the slot.

My graphics card got powered, the motherboard, I mounted the SSD onto the side of the case and wired the power button to through a tiny hole at the bottom near the power supply. 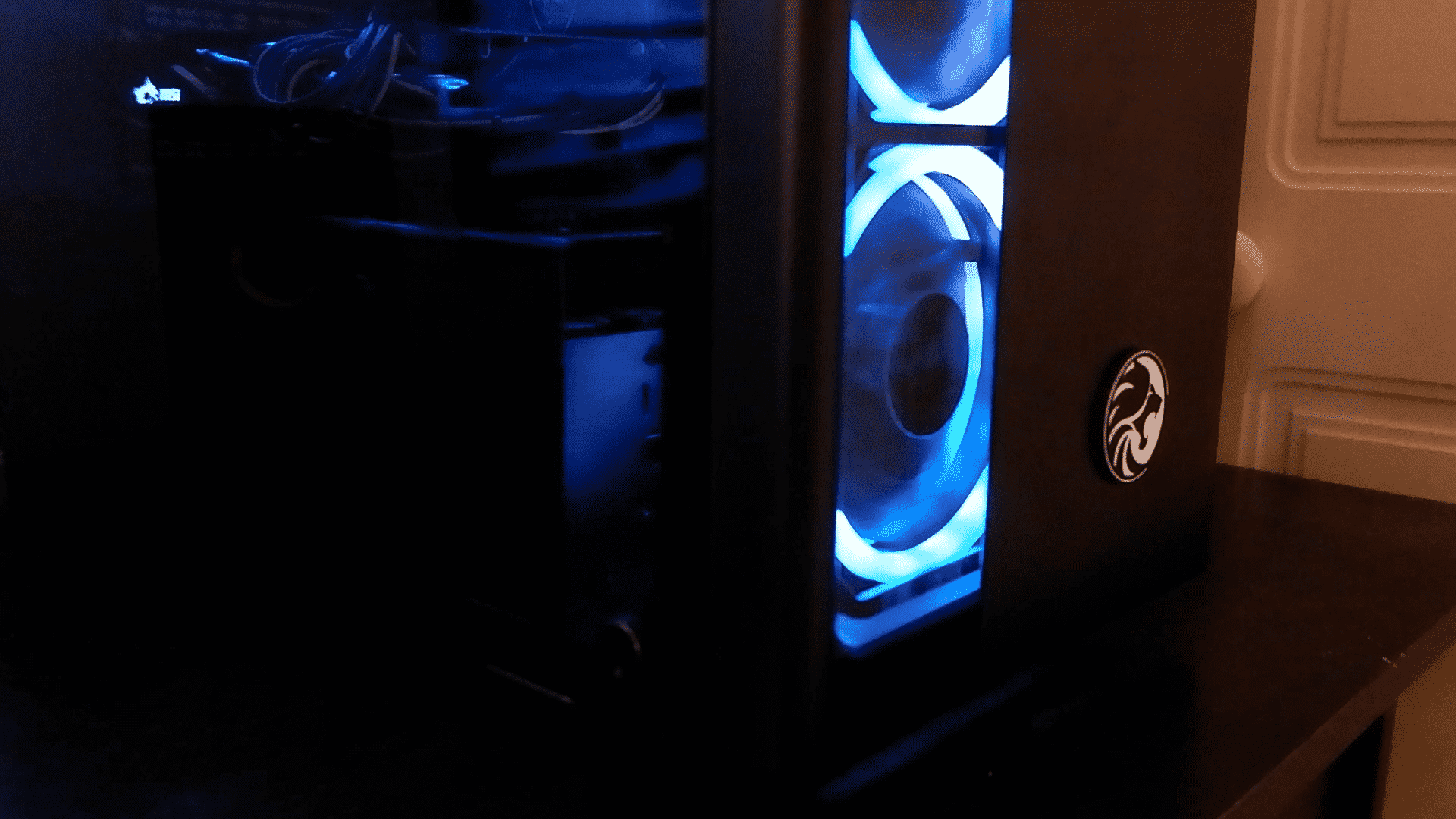 Everything is neat and tidy and the case comes with cable ties to tie everything together so even though you don’t see the wires, they are still neatly packed at the back and tied together for ease of mind

The whole process of wiring the case was easy and very similar to many I have covered in the past. Once it was all done, it was time to turn it on.

After two hours the moment of truth was here. I turned it on…… nothing happened. It seems that those dan power switch cables were put into the wrong hole so I had to open it all up again and make things right. It then finally worked.

The Evetech Hero welcomed me with six awesome RGB fans that do all sorts of crazy things. The remote allowed me to alter the animations, change the colour and activate different modes too. 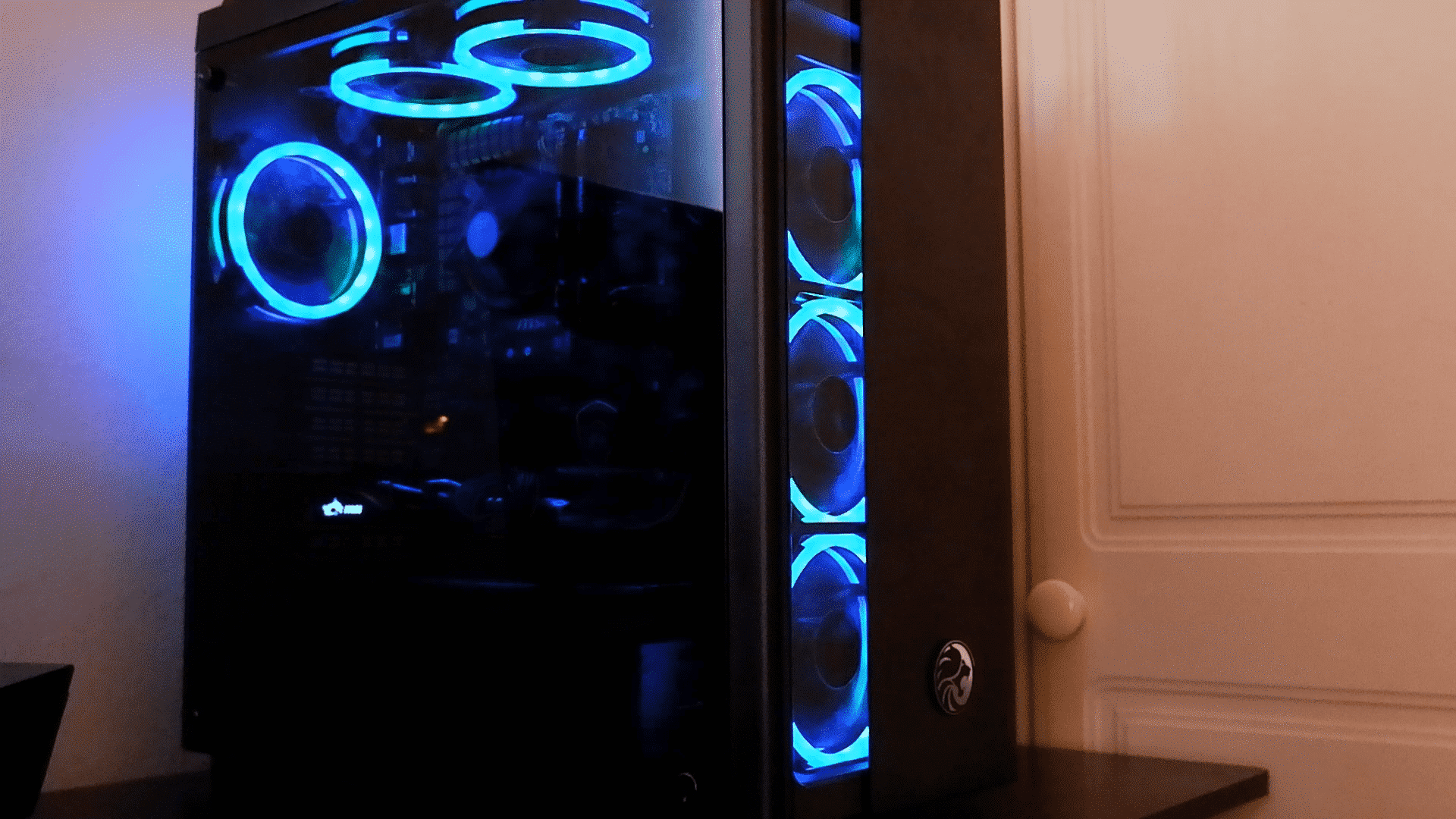 Best of all, you can turn them off which is a godsend compared to the other fans I had before that were on all day and even at night when I was downloading large games. The lights also work with MSI Light Sync and Asus Aura but unfortunately, I did not have any hardware to support this feature. When I do, I will test it out.

The Evetch Hero ATX case is R1,999 and for its build, quality and fans, it is great value for money. The fans alone cost you a small fortune so it is a bargain. It is smaller than the last one which is a big plus for me and the new RGB fans make everything so much better!

The Evetech Hero ATX Gaming Case is available from evetech.co.za for R1999