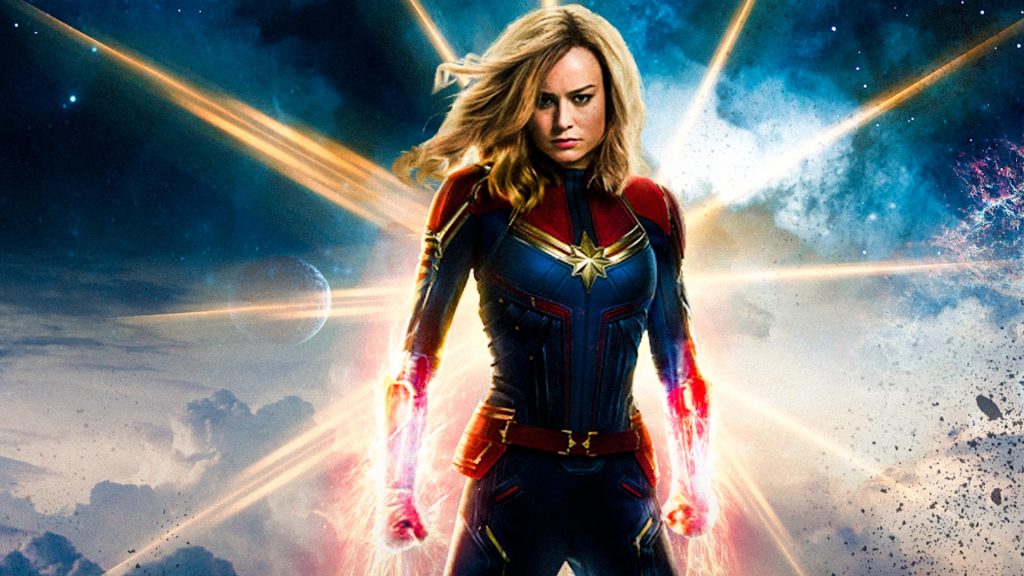 Captain Marvel, the first female-lead Marvel origin movie, is continuing its box office domination. The marvelous movie, starring Brie Larson as the title character, was released on 08 March 2019 (fittingly on International Women’s Day) and photon blasted all competition out of the way to take the top spot at the cinema circuits, not only at the SA box office but globally too and continues to hold the number one spot for the second weekend in a row.

Related: Eskom is Apparently Not Following its Loadshedding Schedule – Protect Your Gaming Equipment

Before we get to the top movies for the weekend of 15 to 17 March 2019, How To Train Your Dragon: Hidden Worlds is currently the highest grossing movie on the SA box office circuit, grossing R21 684 939 to date.

Making its SA box office debut, Deep End is a locally made movie set in Durban, South Africa. It follows the story of Sunitha Patel (portrayed by Carishma Basday) who wants to be different from what is traditionally expected of her.

This Oscar-winning movie continues to hold onto its spot on the SA box office top 10. It stars Viggo Mortensen, who was nominated for Best Actor (Rami Malek won for his performance as Queen frontman, Freddie Mercury in Bohemian Rhapsody). The movie also stars Mahershala Ali as Don Shirley, who took home the Oscar for Best Supporting Actor for his role.

LEGO Movie 2 continues to slide down the SA box office, never really getting a grip. This sequel stars Chris Pratt, Elizabeth Banks, and Will Arnett promises to be a laugh and fun for the whole family.

Moving down a spot from its number 6 spot from last week is The Upside. Directed by Neil Burger, this comedy starring Kevin Hart and Bryan Cranston follows the funny tale of an unlikely friendship.

6. Fighting With My Family

Making its SA box office debut, Fighting With My Family is a true story following the lives of a family trying to make a living from wrestling together. The family’s two children, Paige (portrayed by Florence Pugh) and Zak (portrayed by Jack Lowden) get an opportunity to try out for WWE, which sets off a sweet and hilariously story about the bonds of family. Nick Frost and Lena Heady also star in this movie which debuted on the SA box office.

5. How To Train Your Dragon: Hidden Worlds

Continuing to soar on the SA box office top 10 is the third installment in the How To Train Your Dragon franchise. Dean DeBlois returns to direct, with Jay Baruchel returning to voice Hiccup and American Ferrera voices the role of Astrid.

Not moving from its number 4 spot on the SA box office, in Tyler Perry’s A Madea Family Funeral the family’s back together, but things are not what they seem and soon turns into a hilarious madness. The movie sees Tyler Perry reprising his role as Madea and Cassi Davis and Patrice Lovely join the cast, too.

This gender-swap remake of the 2000 movie What Women Want, stars Taraji P. Henson and Tracy Morgan. It held the top spot for two weeks in a row before it was dethroned by the Captain Marvel movie, which has now been dominating the SA box office top spot for two consecutive weeks.

Not managing to take the top spot with its SA box office debut, Wonderpark comes in at second place. This sweet family-friendly film follows the story of June (voiced by Brianna Denski) who tries to save an amusement park.

Which movies are you going to catch from the SA box office top 10?