It’s easy to pinpoint exactly where my love for comics started. It started with the first Archie comic that my dad bought for me, I was just learning to read on my own and didn’t understand all of it, but I knew that I loved it. One day my Archie comic came with something different inside of it. It had a preview of Sabrina The Teenage Witch comic. Now Sabrina was everything that little Arielle didn’t even know that she was looking for, it was a comic book with a female lead, and every issue was filled with some new mystery and adventure for young Sabrina to solve, and just like that, I was hooked.

Growing up, it was almost impossible to ever see me without a comic somewhere around my person, and that’s all thanks to that first Archie comic and Sabrina. Written by Kelly Thompson (Jessica Jones; Hawkeye; Jem and the Holograms) and with art by Veronica Fish (Archie; SLAM!; Spider-Woman), Sabrina the Teenage Witch takes you back to a simpler time with a Sabrina that feels like she comes straight from your childhood.

The story is one that anyone familiar with Sabrina will know well. It follows Sabrina, a half-mortal/half-witch, as she struggles to balance teenage drama, high school and her growing witch powers. This time around, Sabrina and her aunts have just moved to Greendale, and we follow Sabrina on her first few days in a brand new town and school.

As Sabrina struggles with fitting in and making friends (and a few enemies), she also finds herself struggling to keep her witch identity a secret while trying to save her high school from some inexplicable supernatural events.

There’s a lot to be said for more serious, darker comics and comic adaptions, and truthfully those are generally the ones I find myself gravitating to – but there’s also a place for comics that don’t take themselves that seriously.

Sabrina the Teenage Witch could only be referred to as “fun”. It’s nowhere near as dark as the Sabrina Netflix show, but it also doesn’t have to be. It’s written as a teen/young adult comic, and as such, it’s got all the usual relationship drama and angst that you would expect, but it’s also just really entertaining.

The last time I read anything Sabrina-related, I was a young child. I didn’t pick this comic up expecting that it was going to appeal to me now, but I’d be lying if I said it didn’t – there’s just something so completely relaxing about it for me, the art and colour pallets are pleasing to the eye and the story is engaging without ever being too much. 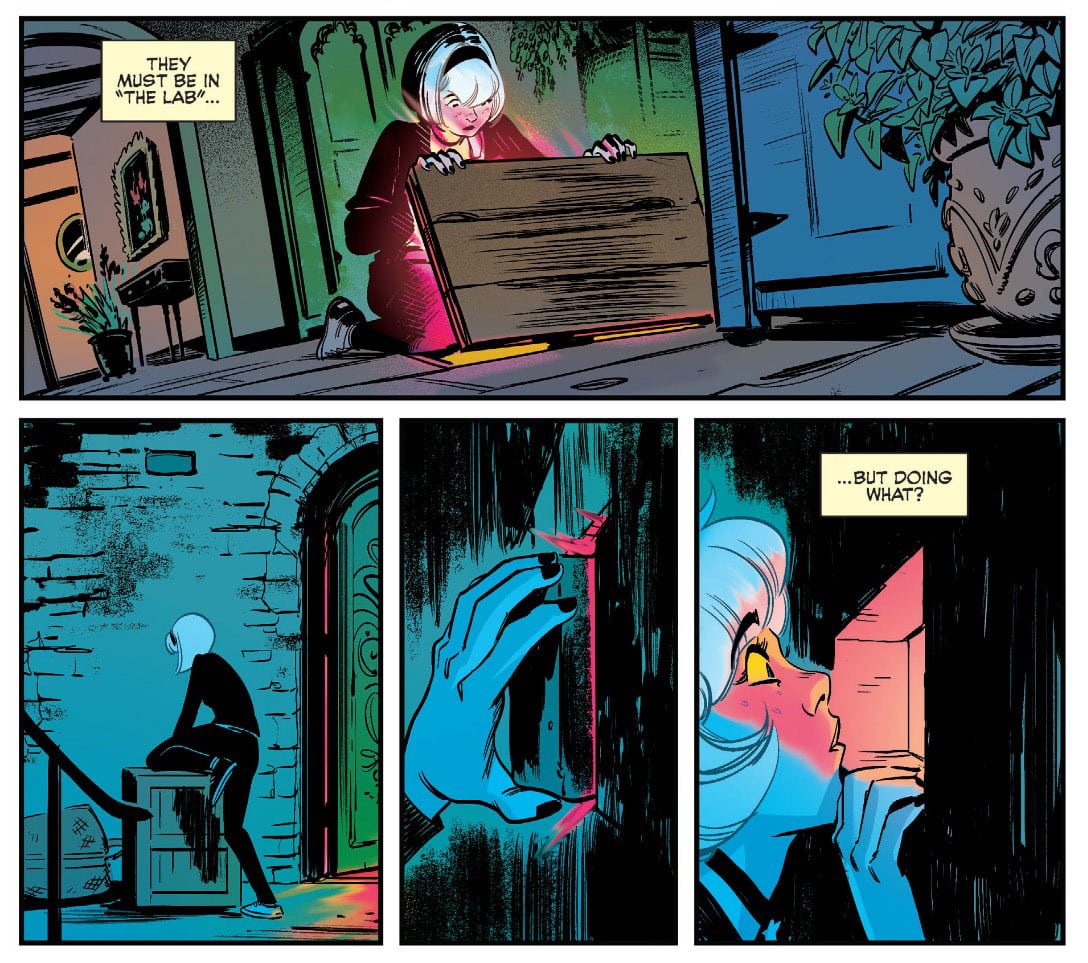 Sabrina came to me exactly when I needed it to as a child and now again as an adult. It seems like everywhere I look lately, all I see is doom & gloom (just part of living through a pandemic, I guess), and it’s getting harder not to let that affect my mental state so to find a comic series that I could get lost in that was nothing but colourful and lighthearted fun? I’d take that every day.

Want to grab Sabrina the Teenage Witch for yourself? Head over to Critters and Comics or click here. The series is currently available in the following formats: