The Samsung Galaxy A22 is one of the brand’s smallest and most affordable Galaxy smartphones. The device comes in two models. You get the 5G and the 4G handsets each with a range of colours. There’s a black, white, green and purple model. For the most part, the 4G and 5G devices are almost identical. Of course, one has 5G network support but the 5G model also has one less camera lens than the 4G model. Why? I have no idea. If you go for the Samsung Galaxy A22 4G device, you get four camera lenses instead of three. The 5G model replaces the fourth lens with a flash. But the 4G model also has a flash. Trust me, it is as confusing as it sounds.

With the price tag of R3,999, you can already guess that this device is aimed at non-enthusiasts. The younger crowd with tighter budgets or perhaps users who don’t really care too much about owning the best phone on the market. For R500 more, you might as well just get the 5G model but you don’t get all the camera lenses. I just don’t get why Samsung did this… 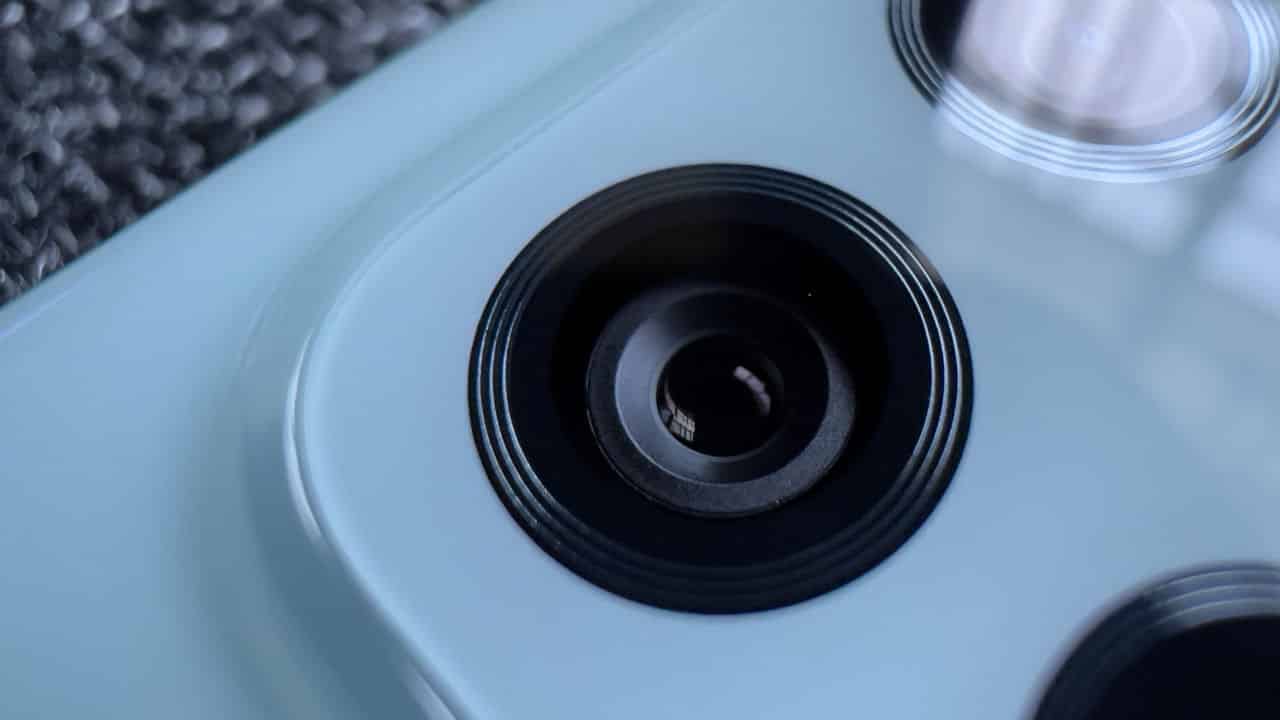 There’s nothing really fancy about the Samsung Galaxy A22 when it comes to the design. Samsung has included a stunning 6.4-inch Super AMOLED display that acts as the phone’s main attraction. A display this great on a phone that costs less than R4,000 is incredible. Considering it also has a refresh rate of 90Hz is even better. The phone is plastic around the device with the only glass found on the screen. The model I got to review was the mint green shade and it has a creamy green colour pigment. It looks nice and suits its target consumer.

On the right, there’s a flat lock button that sits flush with the side of the device. Above that, there’s the volume rocker and on the opposite side, a SIM card slot. The SIM slot is pretty high up on the device. Honestly, never seen a phone with the slot this high up. Doesn’t make a difference in terms of usability at all. At the bottom, you’ll find the ports. This Samsung Galaxy A22 has a headphone jack and a USB charger port. There’s also a speaker grill. 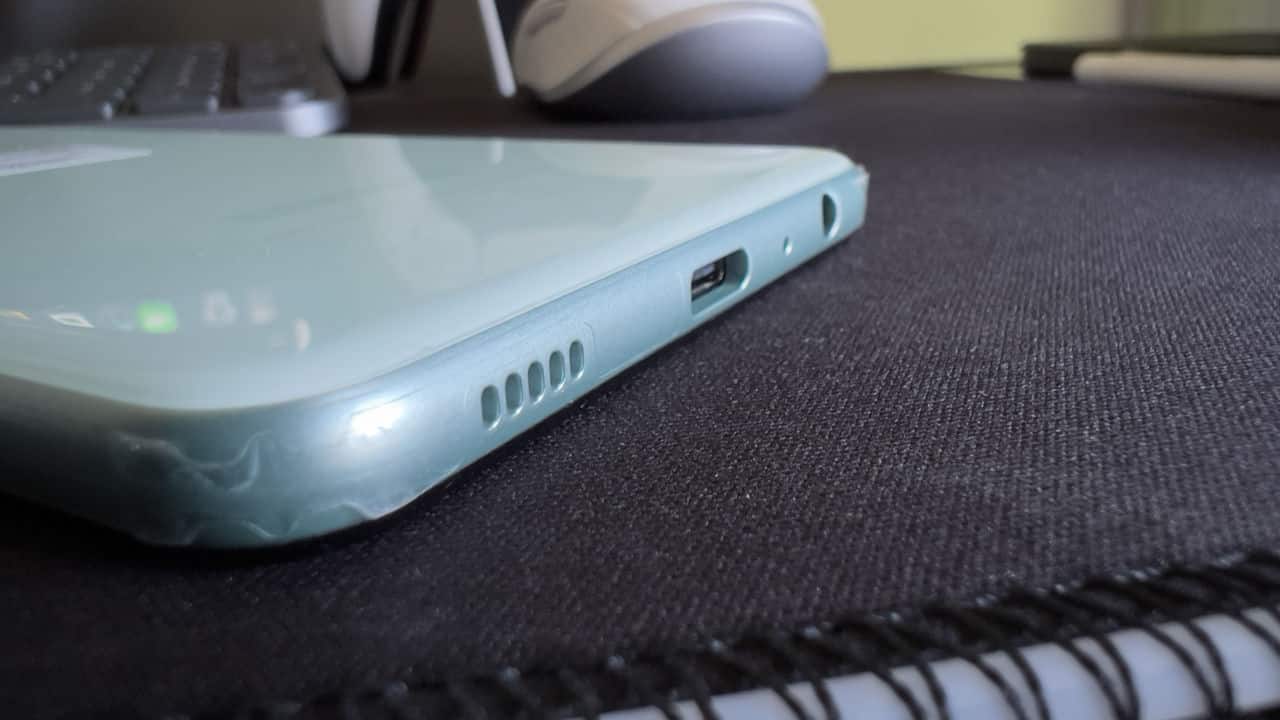 The camera array packs four lenses onto the back of the device. It also doesn’t stick out as much as the Samsung Galaxy S21 and other recent phones on the market. There’s also a LED flash underneath the camera system. The phone is plastic. The sides and the back are both plastic but the edges do have a shimmer to them that gives it an aluminium look.

The overall build of the Samsung Galaxy A22 feels great. Of course, the colour is very much up to your own opinion. You could always just settle with something and shove it into a case too. If you’re not a fan of bright colours. I wasn’t a fan of the plastic. It feels cheap but considering the device is only R3,999, you can’t really expect much more here.

The Samsung Galaxy A22 is all about the display and it is superb. For R3,999, you’re getting a 6.4-inch AMOLED panel here with a 90Hz refresh rate. I just upgraded to an iPhone 13 Pro Max that only “just” got 120Hz support on its display. Keep in mind that this phone costs R26,000. So the value for money here is noticeable right off the bat. 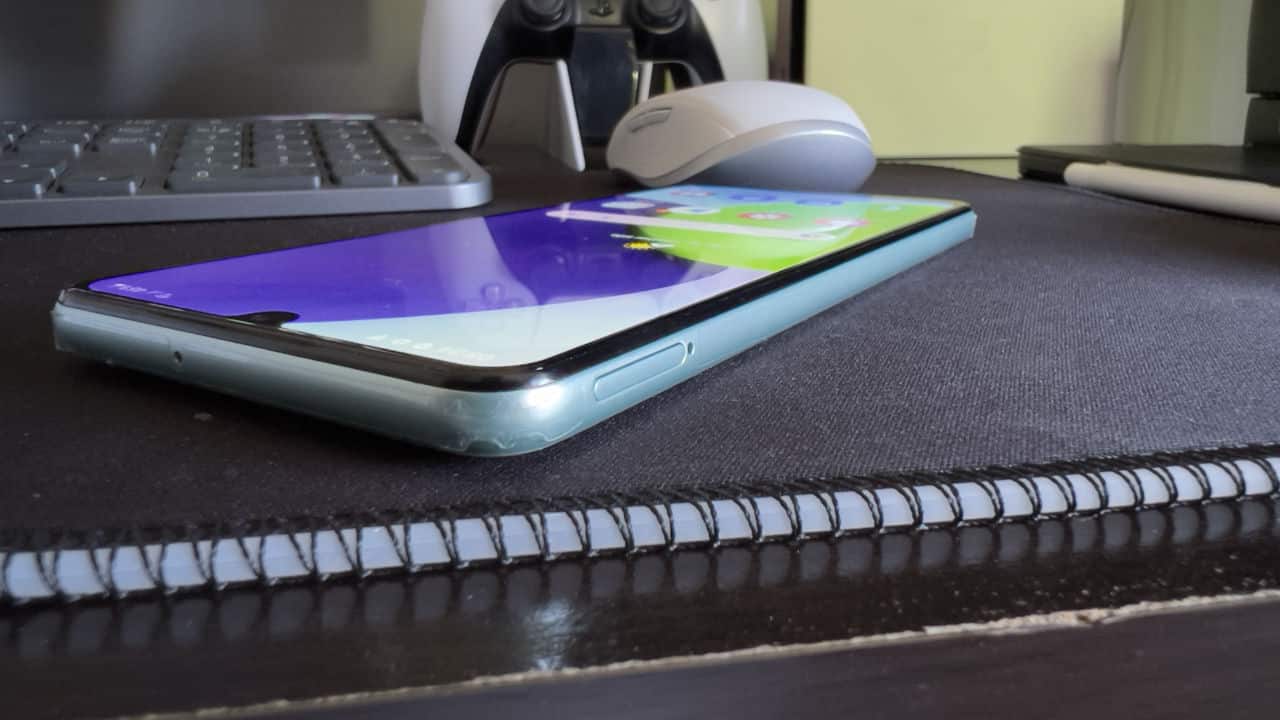 The display is 720p but looks decent. It can reach 600 nits of brightness while watching HDR content which is also good. Of course, it would be ideal to have a 1080p display here instead but Samsung clearly cut some costs down here to get the phone to its price tag. The 90Hz refresh rate also goes a long way to delivering a unique high-end experience. Movement looks great and navigating the phone’s OS is snappier than ever.

Speaking of the OS, the Samsung Galaxy A22 packs a MediaTek Helio G80. This 12nm chip provides enough power to drive the device through daily tasks. I didn’t have any major issues with it. Sure, after heavy app use and multitasking, I noticed a few slowdowns while scrolling but I didn’t expect the best performance here either. 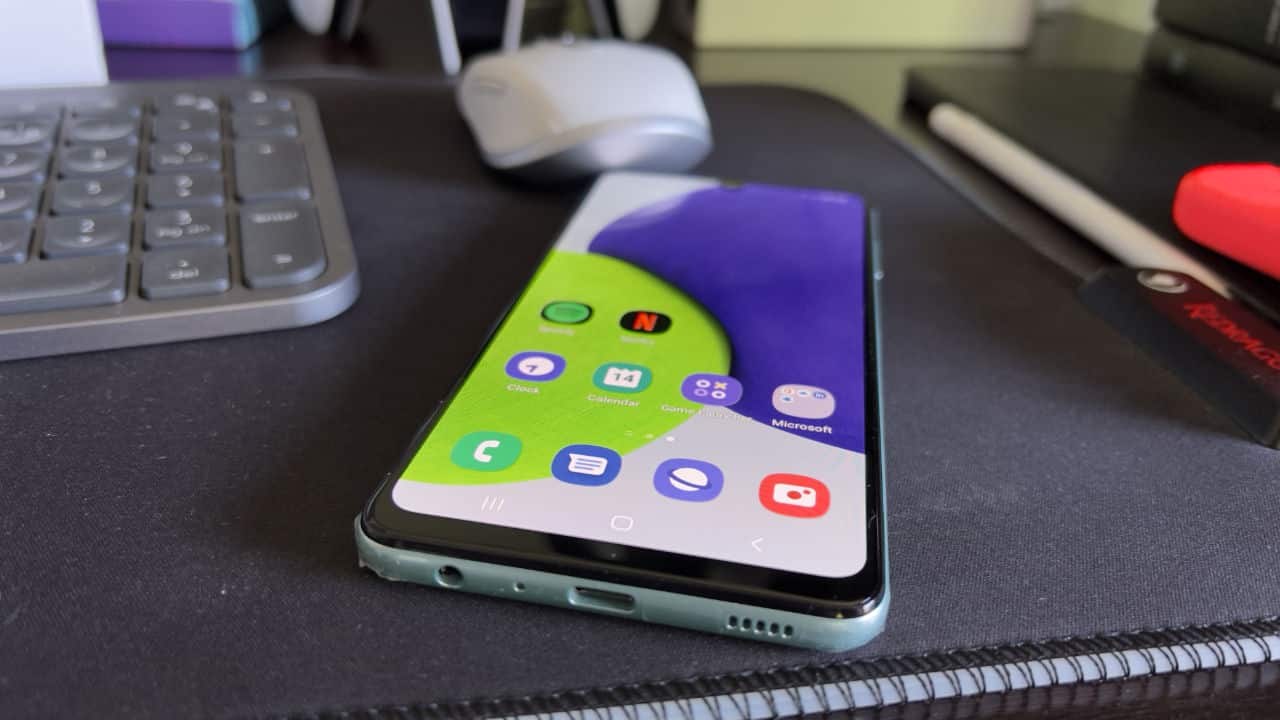 You will face a few stuttering issues while using the device as the chip can’t produce a smooth 90Hz experience without its flaws. For the most part, it holds up well. I would have liked Samsung to include a slightly improved chip to help with a few performance issues. But again, this is an R3,999 phone. I just worry about how this G80 will perform in a year after you have filled up the phone with apps and photos.

The core experience on the Samsung Galaxy A22 includes Android 11 with Samsung’s OneUI Core 3.1. Core 3.1 is a custom build of the Samsung mobile OS that is designed for low-performance CPUs so it makes sense. Samsung also claims that the Galaxy A22 will get two years of major Android OS upgrades and 3 years of security updates. 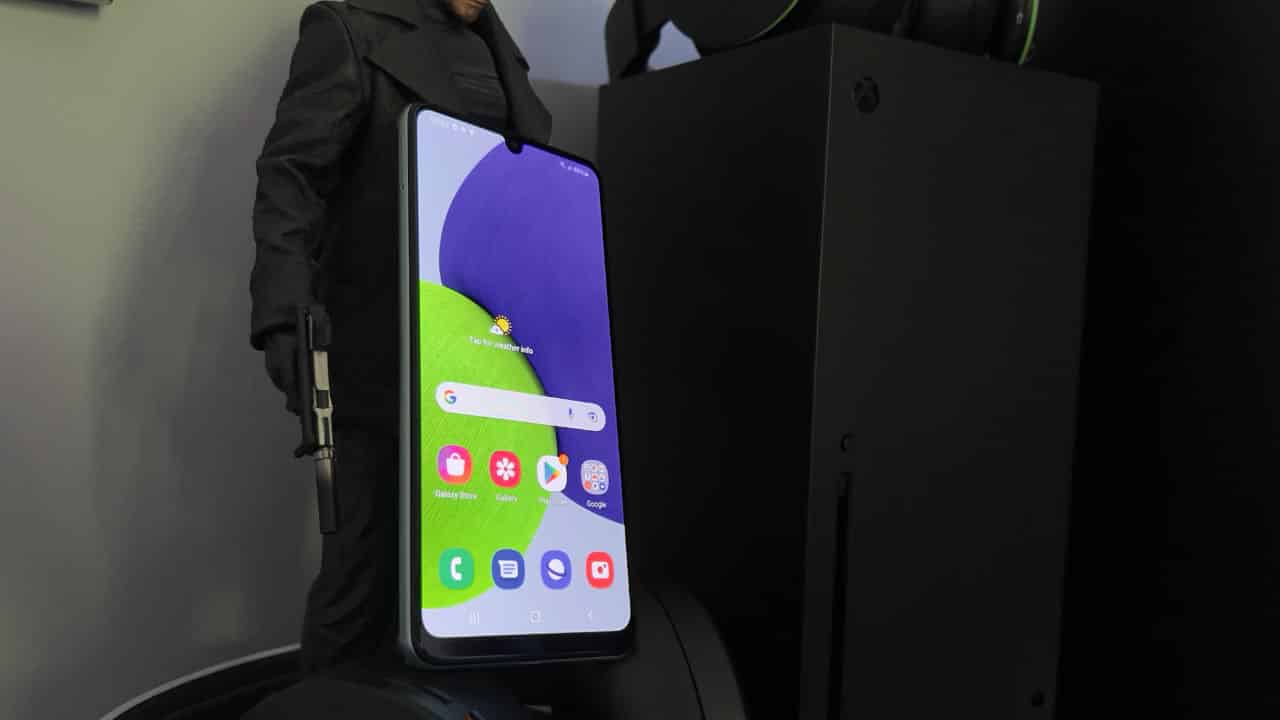 Samsung has hit the habit of overdoing its camera systems on all of its phones and the Galaxy A22 is no different. The 48MP primary lens is the best of the four available on the device. However, a higher megapixel doesn’t mean a better camera. The lens quality is important too. Thankfully, the Samsung Galaxy A22 performs well across all four lenses. You need the best light for them to shine but low-light shots were decent enough. The Samsung Galaxy A22 will never compete with its flagship S21 range but for an R3,999 phone, it is decent.

The primary lens focuses nicely on subjects. There’s also a 2, 4 and 10x digital zoom but I urge you to stay away from anything past 4. The images are horribly blurred and of bad quality at 10x. 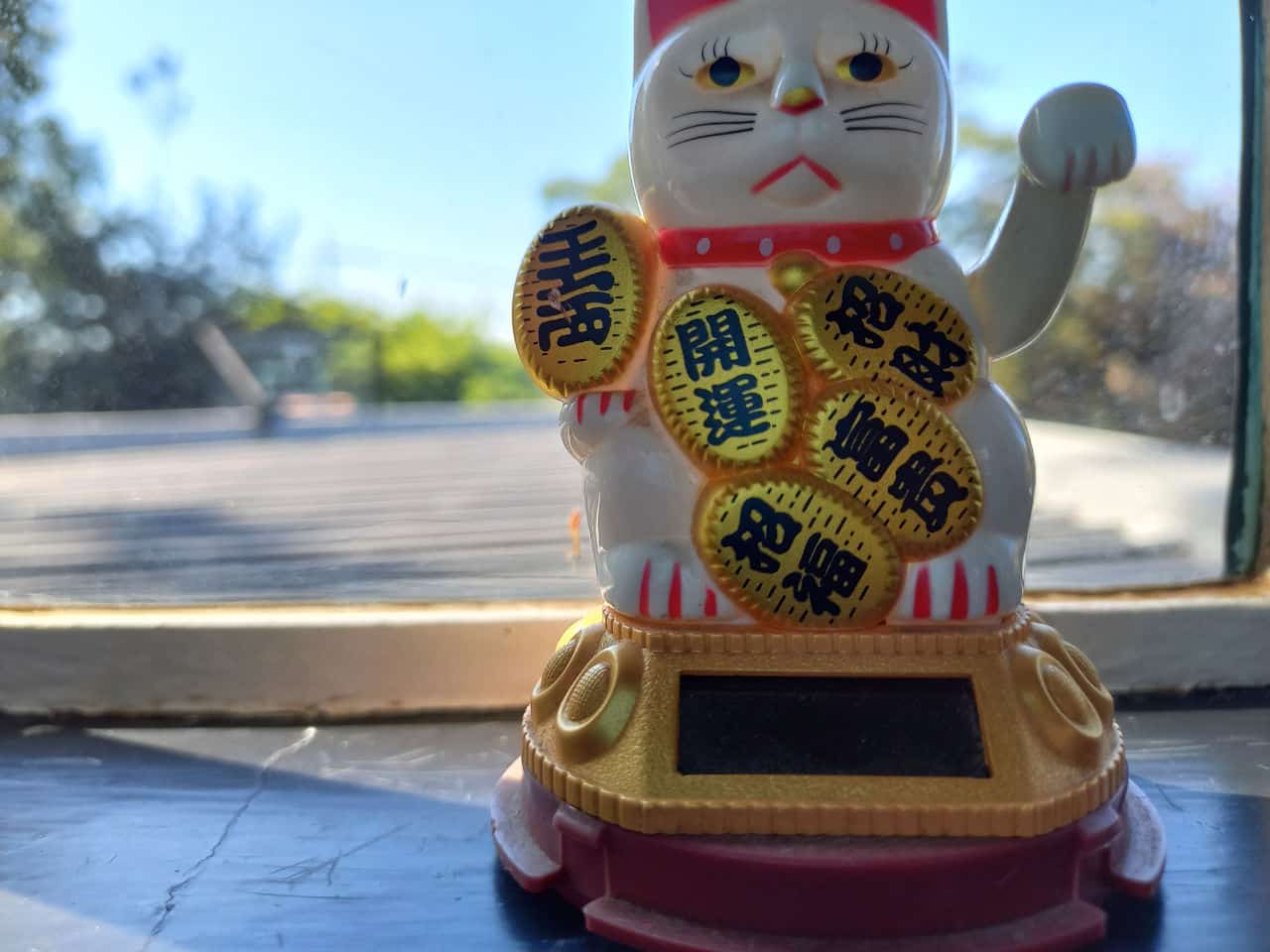 The 2MP macro lens does a decent job grabbing the smaller details of objects but again, you need good lighting. The 2MP depth lens is great for portrait shots and is able to focus on an object while blurring the background. 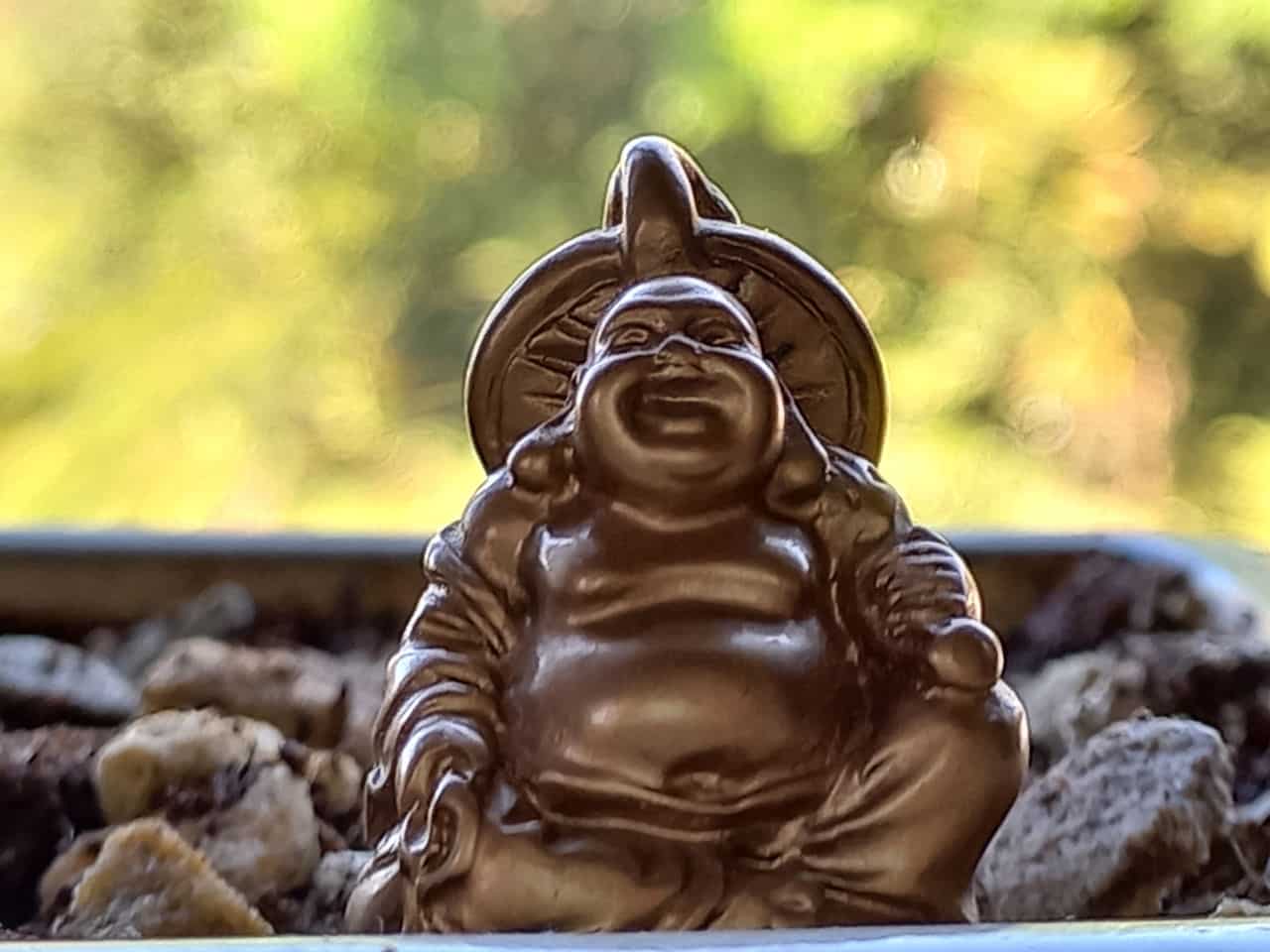 Lastly, there’s the ultra-wide 8MP lens that is impressive for a smartphone like this. It also works best in good light but there’s nothing better than taking a shot of everything around you. 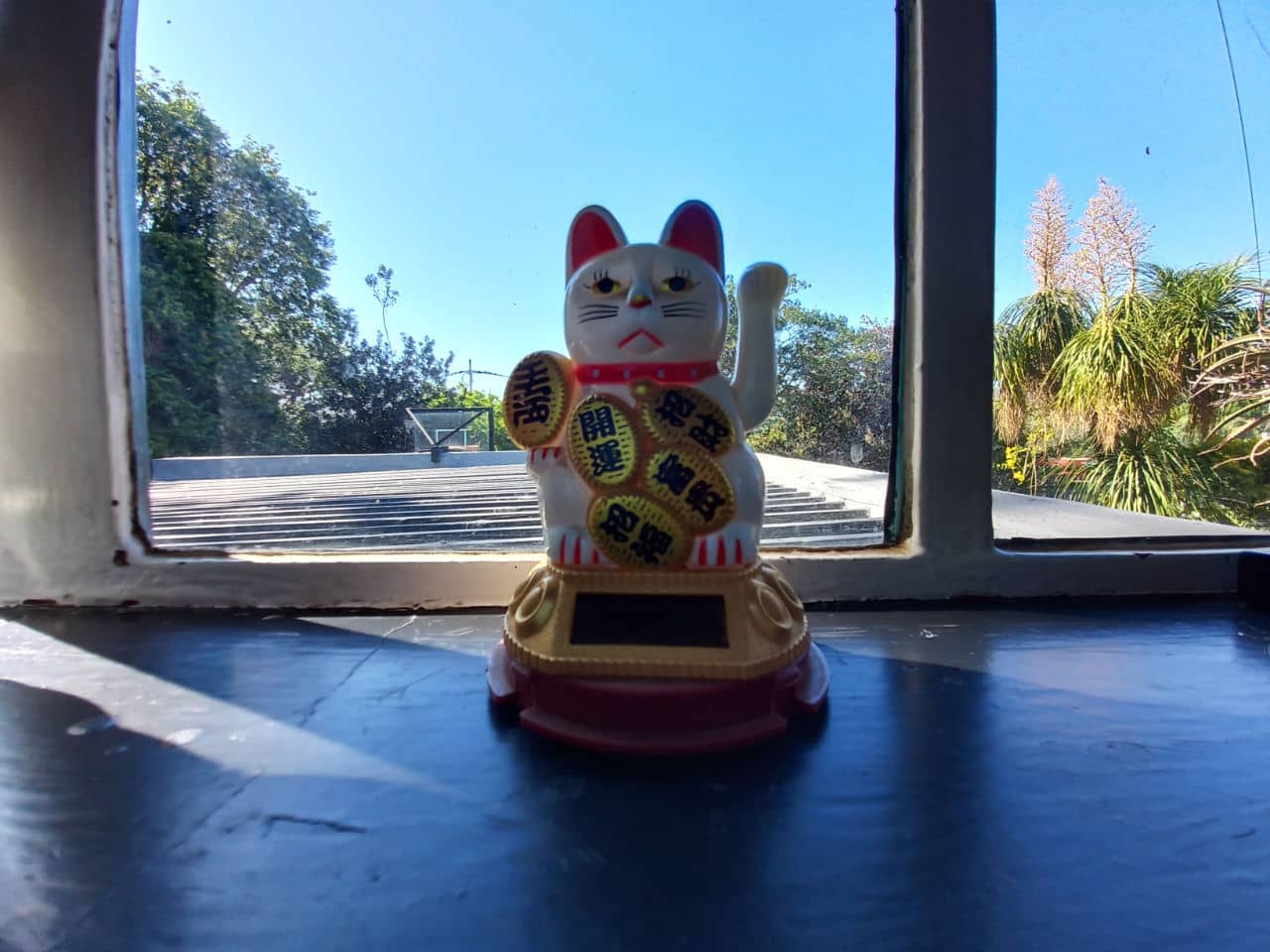 Some other details to keep in mind. The Samsung Galaxy A22 records at max 1080p 30FPS for video and the front-facing camera’s 13MP sensor is great for selfies. It does overly smooth skin tones but hey.

The last point to mention is the battery life. Samsung prides itself on some fantastic battery life for its Galaxy range and the A22 performs well. The whopping 5,000 mAh battery saw me through the full day without any issues at all. It can also get around 7-8 hours of filming and photos and 5-6 hours of watching videos with HDR. It is not bad at all. The average person won’t have to worry about this device dying on them.

Sadly, the phone does take a while to charge. In the box, there’s a 15W charger so expect a full two hours of charging from 10% to 100%. Not ideal. However, you can always use a third-party charger as this device can charge with up to a 25W adapter.

The Samsung Galaxy A22 is a cheap phone at R3,999. It also performs fairly well. There are things that would annoy me like the OS stuttering and the slow charging but I guess for R4k you can’t complain much. For its price, it is superb but compared to what other phones can do, it is pretty mediocre.

This Samsung Galaxy A22 review is based on a unit sent to us by Samsung and collected afterwards. Find out more about the device here.