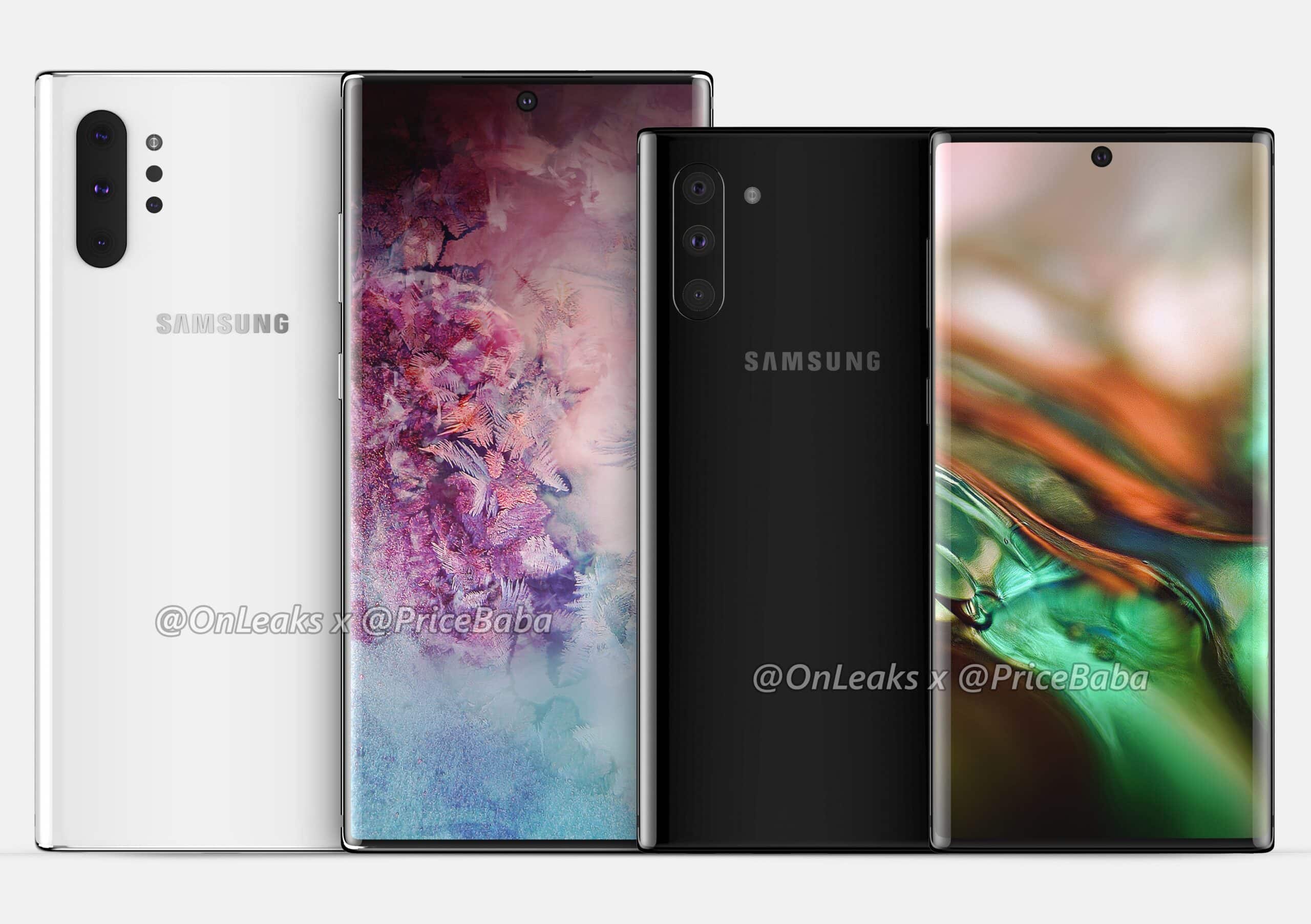 The Samsung Galaxy Note 10 could be launching in the next two months. According to Shara Tibken at CNET, people familiar with the device say Samsung will be hosting an event on 7 August 2019 where the company will reveal their Galaxy Note 10.

The Samsung Galaxy Note range is the more expensive flagship devices. Samsung is said to be releasing two different models this year in two different sizes. One of them will be a 5G phone and neither of them will have a 3.5mm headphone jack (welcome to the future).

The leaked render of the phones via @Onleaks and Picebaba, show Samsung will be reducing the bottom bezel of the phone to almost nothing. The punch-hole camera has also been shifted from the right-hand side to the middle of the device. As for screens, the large phone will feature a 6.75-inch display and the smaller one (not so small) a 6.3-inch display.

Both devices will feature three cameras on the verticle instead of the Galaxy S10‘s horizontal design and have no Bixby button.

Samsung’s “Galaxy Note 10 Unpacked” event will be strange given the company’s missing Galaxy Fold smartphone that was pulled off the market before it was even released. Everyone will be asking for an update and hopefully, they will give one.

We will share more as we learn about the Samsung Galaxy Note 10 and its upcoming reveal. If Samsung has anything to share about their missing Galaxy Fold, we will update you too.