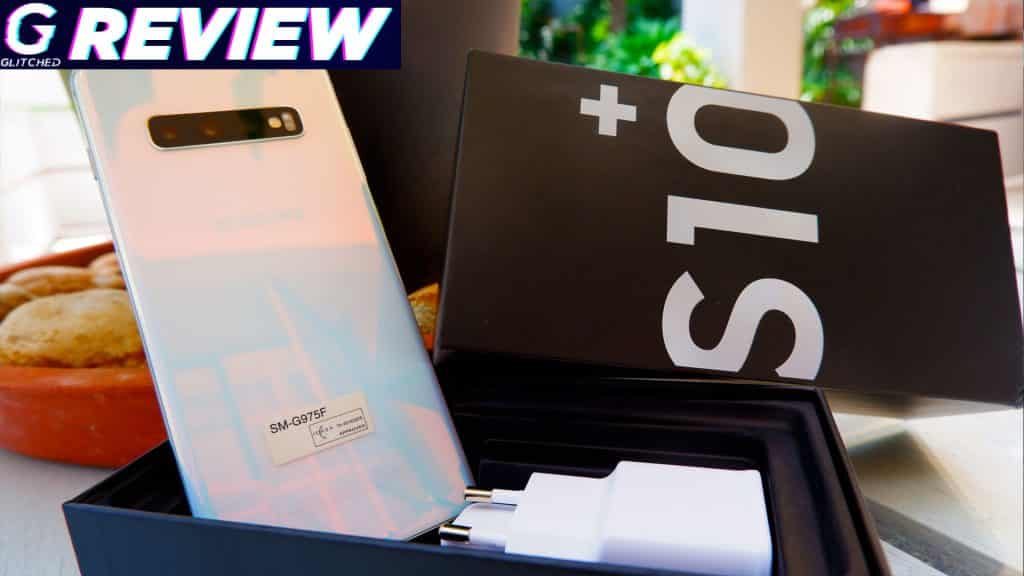 The Samsung Galaxy S10 marks ten years of the Galaxy smartphone range. It means that Samsung had to deliver something so different that packs that “wow” factor to prove how far they have come. The Samsung Galaxy S10 and Galaxy S10+ are just that. Gone are the gimmicks, gone is the bloatware and welcome to the sleekest, smoothest and most powerful Galaxy experience ever. 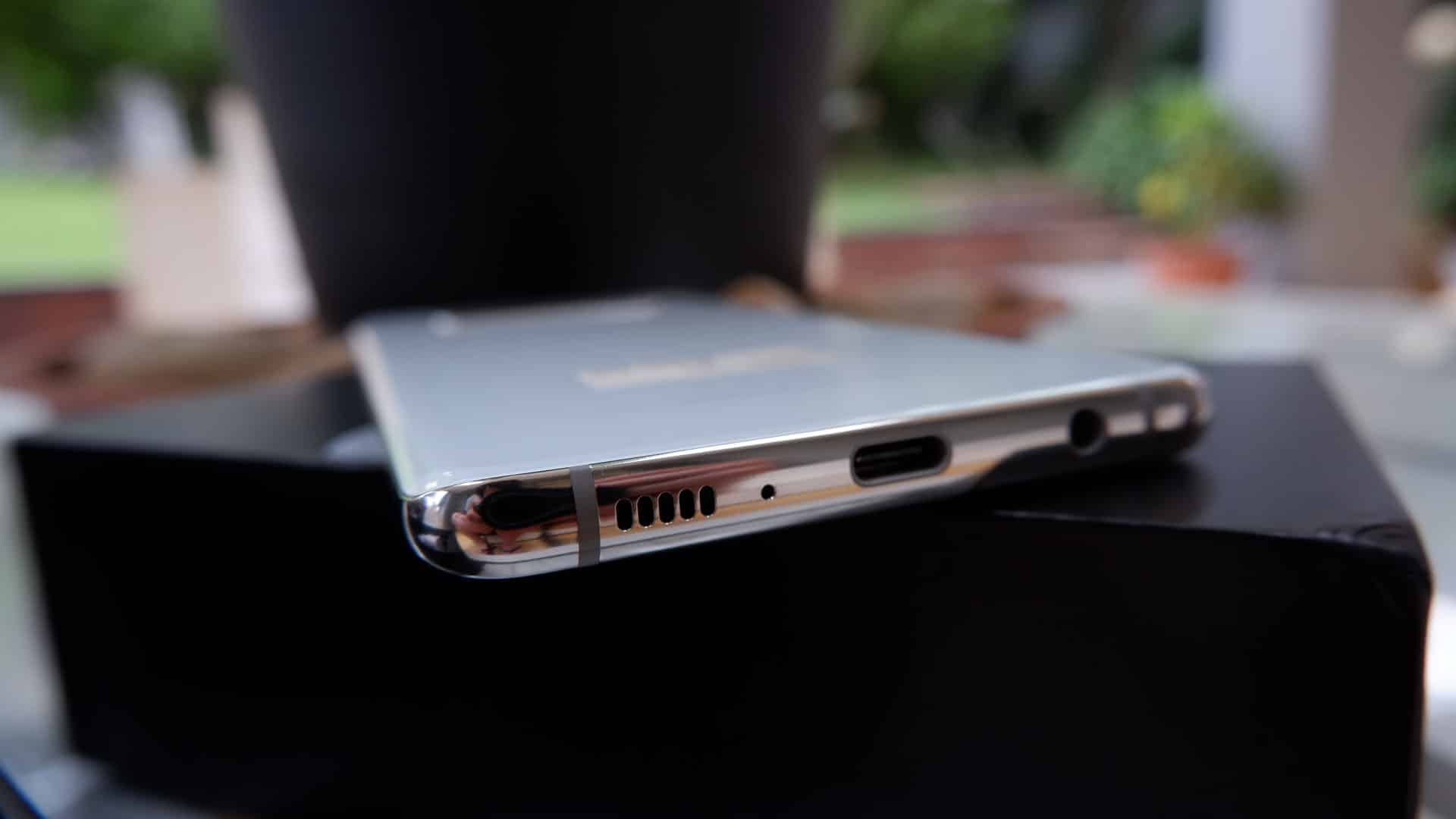 The other main differences really come when you compare the S10e to the S10+ as it has a triple camera compared to the dual camera and a curved display compared to the flat AMOLED.

What’s in the Box?

So in the box, you will find an AKG pair of headphones, a USB Type-C charging wire, a Type-C to USB dongle for data transfers, and a 9W fast charger. There is also a booklet which you will probably not read, an ejection pin and a case. Thanks, Samsung for including a case. On a side note, the Samsung Galaxy S10 range comes with a screen protector already installed on the device. This is due to the ultrasonic fingerprint scanner being unable to read through thicker glass so Samsung put a plastic one on to help save you hassles.

The Samsung Galaxy S10+ has changed quite drastically in terms of its design. Instead of giant bezels at the top and bottom hiding all the components, Samsung has now moved all the cameras and sensors into the actual screen itself. The bottom bezel is still a bit bigger than I would have loved but the move to a fuller display is always good. 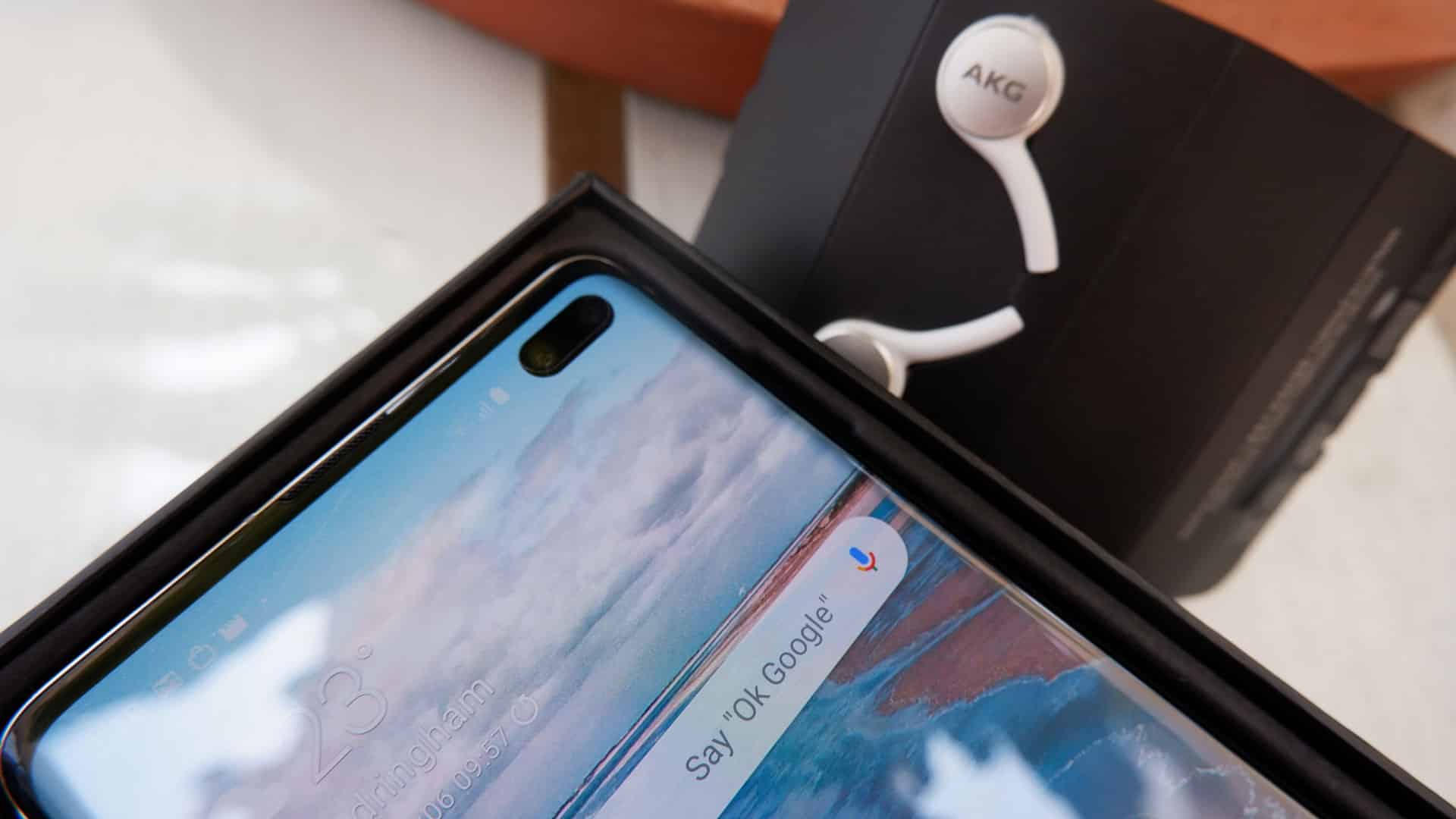 This does mean that you have these giant circle cutouts at the top right-hand corner of the display which at first is a little distracting but you soon get used to it. The Infinity Display truly the device’s biggest sell on the Galaxy S10 as it delivers the best viewing experience ever on a Galaxy phone.

No bezels also mean that the fingerprint scanner has been moved and is now under the display. This new “Ultrasonic Fingerprint Scanner” is nothing new as the Huawei Mate 20 Pro had this last year already but it is nice to see Samsung using more screen space for the actual screen by including the tech. 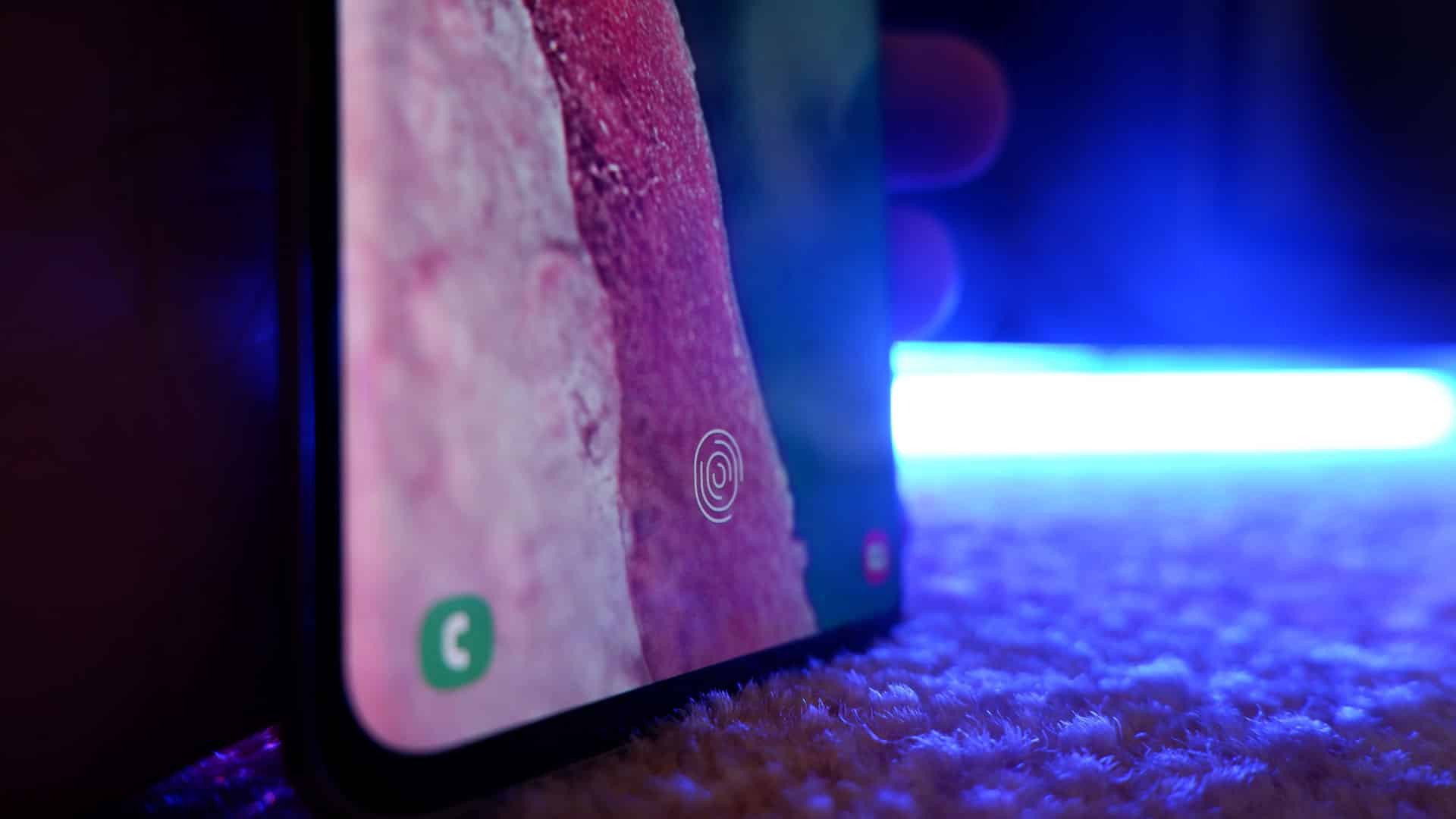 The display makes up 88.3% of the screen-to-body ratio which puts it ahead of the iPhone XS Max at 84.4% and the Mate 20 Pro which is just under it with 87.9%. It is a lot of display and looks fantastic

The body is made up of a glass back, aluminium sides and a glass front. In terms of the build, it feels great in your hands. The glass back and front gives it a premium feel. Sure, the aluminium feels cheap when compared to the stainless steel on the iPhone XS but the Galaxy S10+ feels expensive.

Yes, there is a headphone jack, a stereo speaker setup and the Bixby button is back (why I don’t know). On the back, you will find the triple-lens camera system, an improved flash and a heart rate sensor. The display features its usual always-on mode but I don’t get the point of it so I never used it. Instead, I preferred to double tap the screen to wake the device up and witness the glory on the screen. Every inch of it fills with bright and vivid imagery and it is truly a remarkable piece of hardware.

There was something really cool about putting my finger onto the device’s screen and unlocking it. But the feature is not without its flaws. Samsung claims to have this fancy “ultrasonic fingerprint scanner” work under wet condition but I could often not get it to work under normal conditions. When it works it is great and you can just place your finger on the screen where you think the scanner is and it will unlock the phone without you having to wake the display at all. 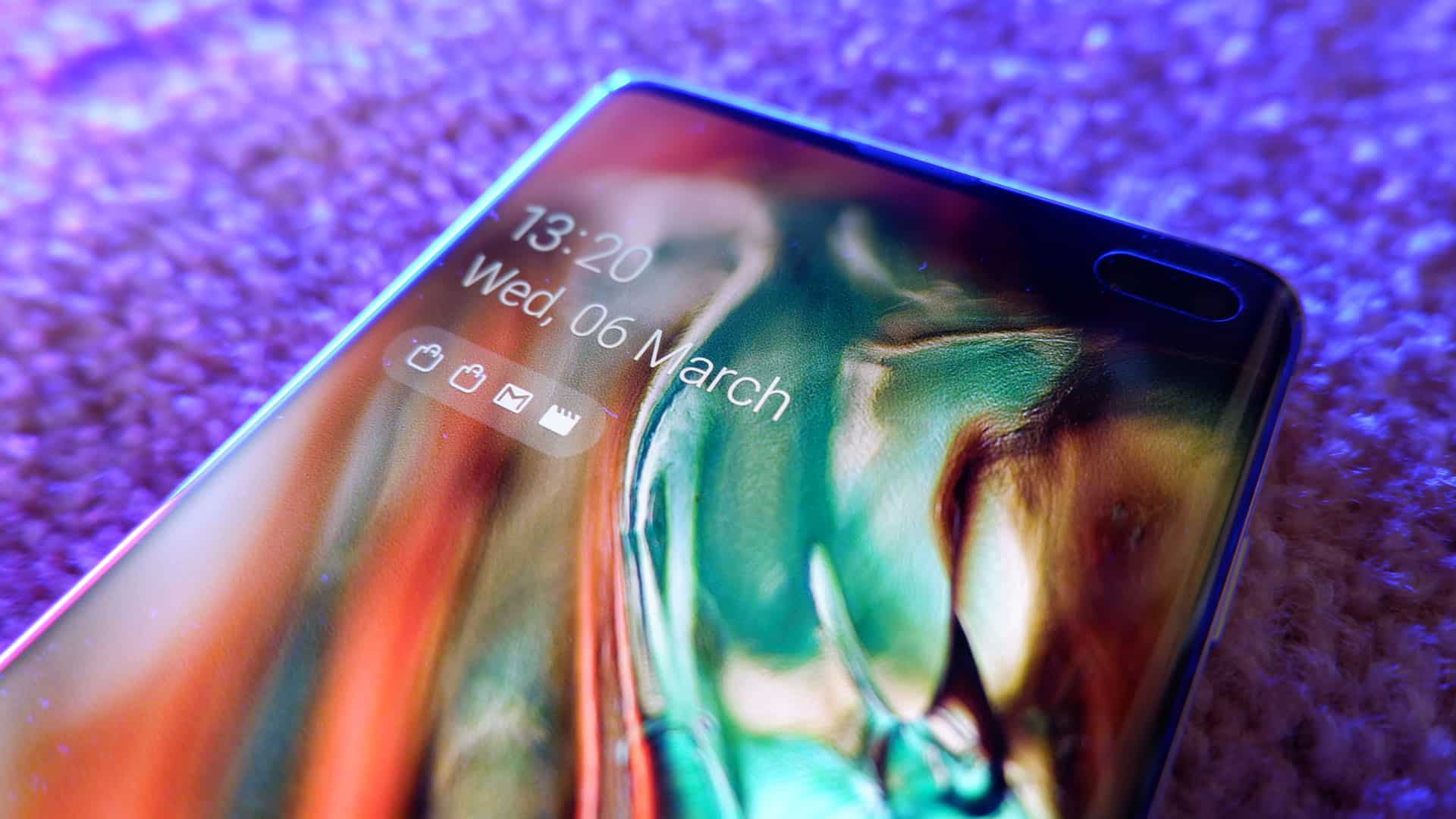 I do think that while the tech is fantastic it still needs some time to perfect and it is just not on the level as actual button sensors just yet. It could have been because I did not know where the sensor was at but after a few attempts, it would often deny my print. Saying that however, I still have issues unlocking my iPhone XS Max with FaceID so the Galaxy S10’s fingerprint sensor is a lot better.

The true test of power, of course, comes from the Geekbench scores and this is where Samsung’s new 2019 phone failed to live up to its closest competitor, the iPhone XS Max. Apple’s 2018 flagship iPhone beat the Galaxy S10+ on all fronts including the CPU Benchmark and Compute Benchmark.

The Galaxy S10+ has two new added cameras to the phone instead of the usual single lens. This is a big jump over the Galaxy S9 and it makes the world of difference. The idea is that Samsung wants you to be able to take photos anywhere and in any situation and the triple-lens system does just that. 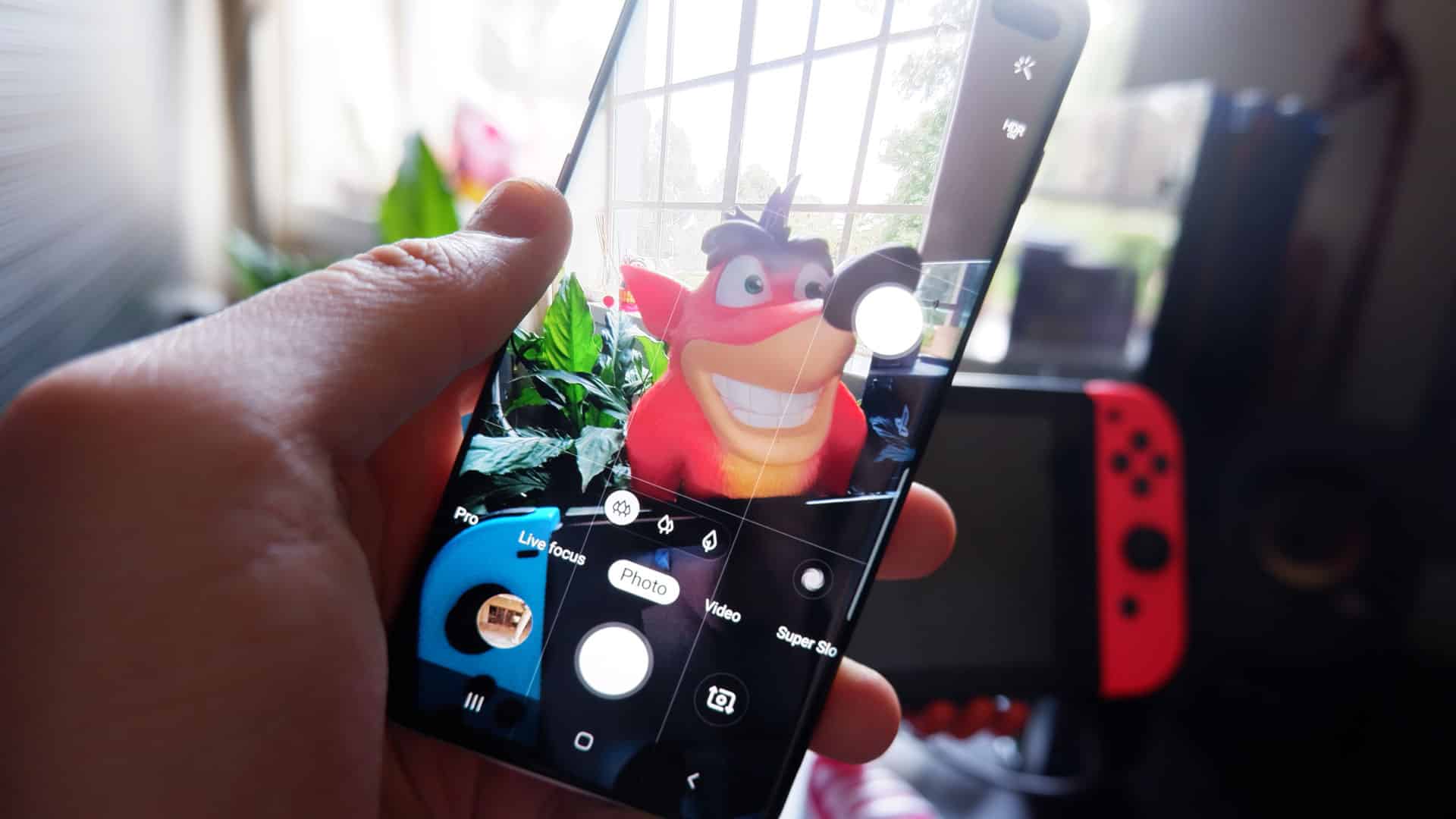 The best lense for me had to be the awesome 16MP 123-degree ultrawide lens that just expands your view in every direction to create a beautiful wide photo. This wide-angle lens works across the board in videos and even panorama shots as you can take 360-degree photos from top to bottom and it is a very attractive feature.

The device also shoots the great low-light shots that made the Galaxy S9 so popular and there is no doubt a great camera system at work here. I attended the opening of Code Bros Cafe where I was able to test the camera out in some low light conditions and it proved to be quite remarkable. Both photos and videos taken in low light were clear and had very little noise and distortion. 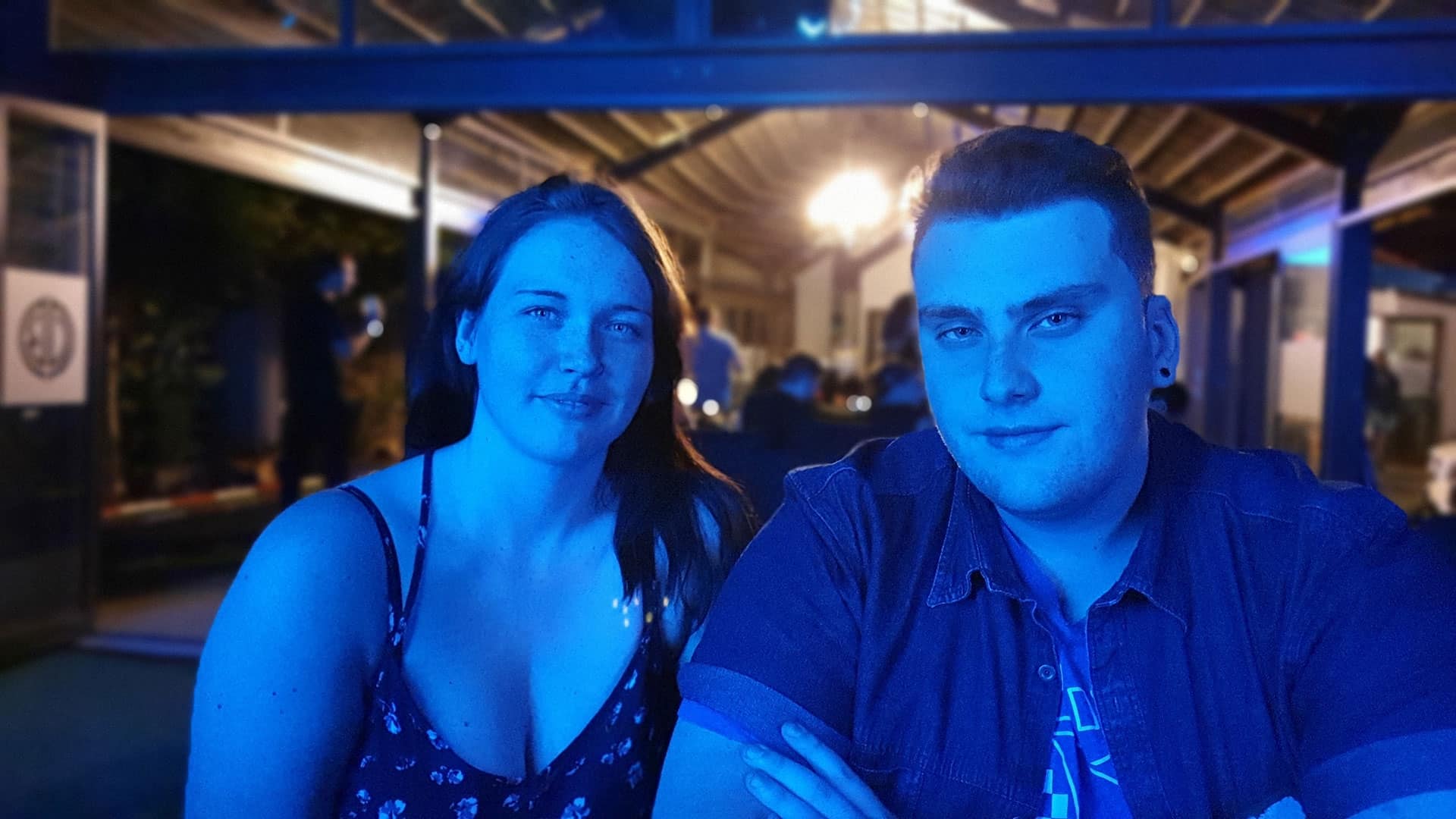 When recording video, it holds up quite well. Video recording is stable and clear and the HDR feature adds the world of difference to your recordings. You can then play it all back on the gorgeous display in the resolution intended. One of the biggest features of the video recording is the “Super Steady” feature that uses a combination of OIS and cropping the ultra-wide lens format to deliver a practically “super steady” video. 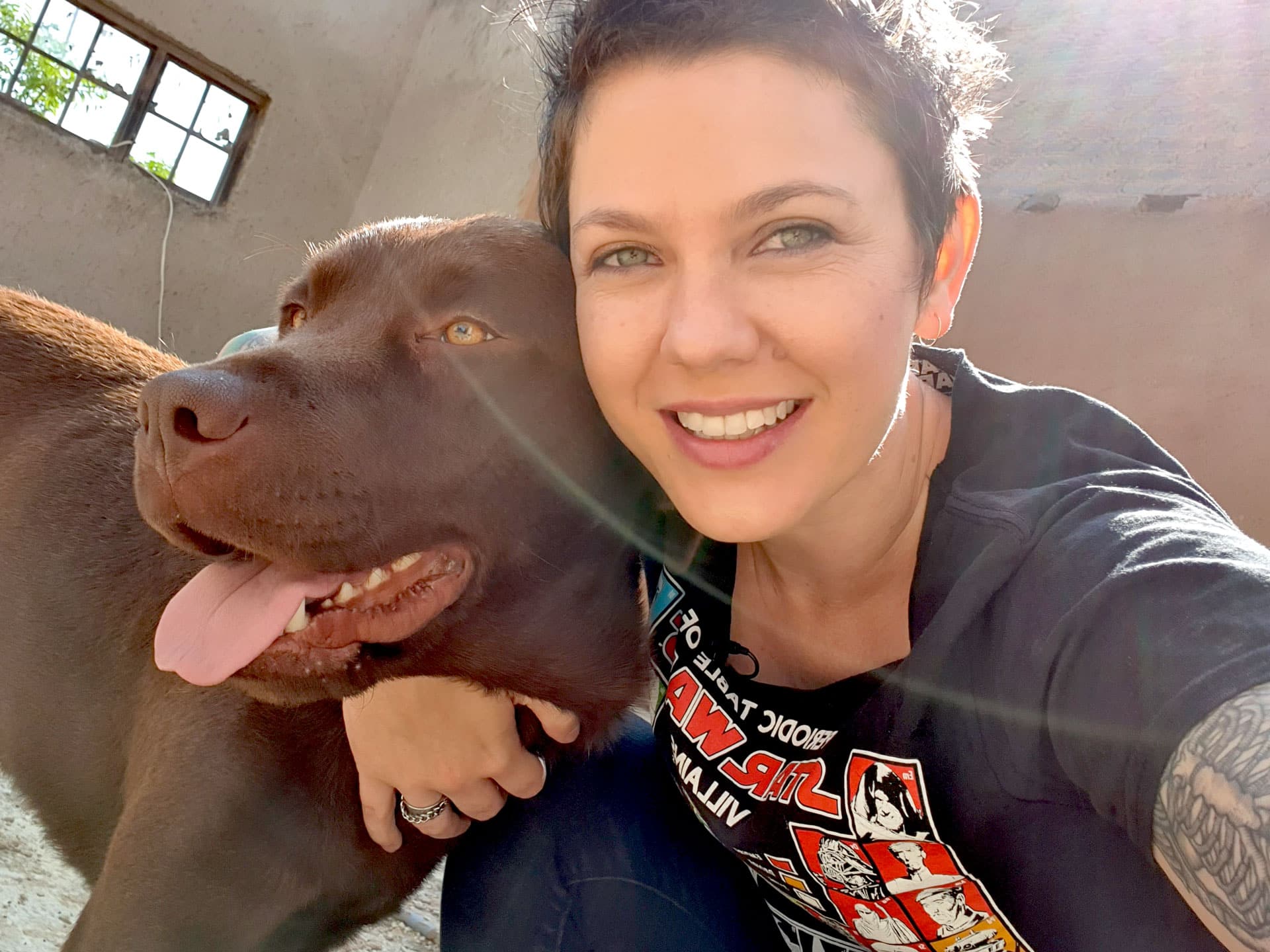 Samsung’s front-facing camera has also been improved. Pictures are bright and more colourful and it also features a wider angle lens which allows you to easily increase the frame of the photo in case someone jumps into your selfie.

The Samsung Galaxy S10 range also ships with the new Samsung One UI system skin and it is great. It is as iOS as possible and it delivers a fast and sleek user interface that is clean and intuitive. It is also one of the first ever Android phones that I used where I did not need to sign into a Google account to set it up. You just need your Samsung account and you are good to go.

You will need a Google account to log into the Play Store but it is still great to be able to use the device without the need to sign in.

The Samsung Galaxy S10+ is Samsung’s greatest Galaxy. Sure, some of the killer features like the under-screen fingerprint scanner and the triple-camera were on the Huawei Mate 20 Pro already in 2018 but Samsung has combined them together with a gorgeous design, superb screen and some beastly internals to create the best Galaxy since Galaxy.

This review is based on a loan device from Samsung which we are returning.

Please see below for the pricing structure of the Samsung Galaxy S10 range in SA. The device releases in SA on 8 March 2019.