Samsung has announced its successors to the Galaxy Z Fold and Z Flip smartphone range. The company has also made it clear that the Note range is no longer a thing as the Fold devices are meant to take the phablet’s replacement. Samsung also claims that both the Samsung Galaxy Z Flip3 5G and Samsung Galaxy Z Fold3 5G devices include a stronger display that is 80% more durable than the previous models.

In addition, they are both IPX8 water-resistant. This means you can put them into the water for up to 30 minutes at 1.5 meters. The Samsung Galaxy Z Fold3 and Galaxy Z Flip3 have also seen some refinement from the software point of view. This means the foldable displays work better with Android and the technology built into the device.

First off we have the Samsung Galaxy Z Fold3. This marks the first foldable Samsung device to support the S-Pen. Samsung has fully integrated the device with the S-Pen so expect gesture support, note-taking and more. Consumers can use either of two S-Pens. There is the S-Pen Pro and S-Pen Fold Edition.

It packs a 7.6-inch Infinity Flex Display when open and on the outside, there is a 6.2-inch HD+ display. Both of these panels are AMOLED.  In terms of the camera, Samsung is using the first-ever under-display camera that packs 4MP. The Samsung Galaxy Fold3 Z 5G also includes a 10MP selfie camera and 12 MP triple-rear camera array. 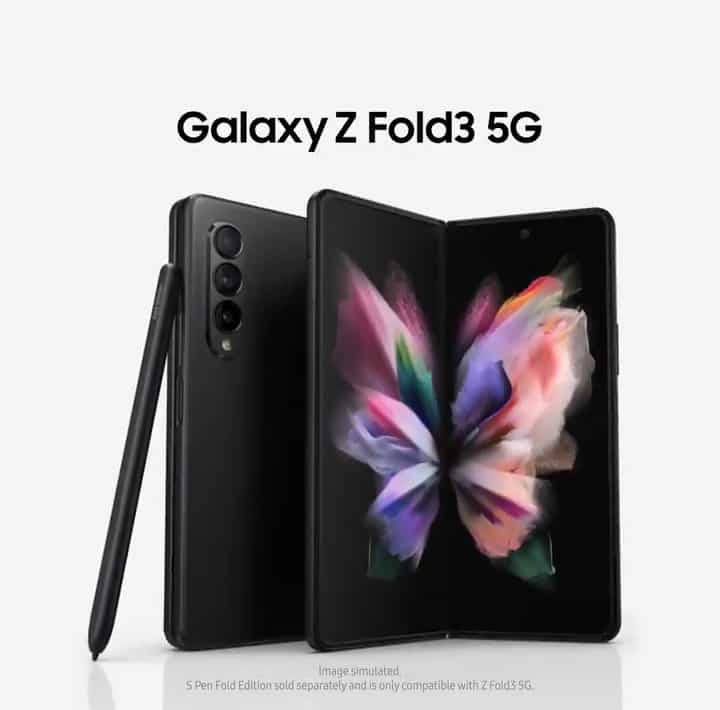 Samsung has included a stereo speaker set with Dolby Atmos support on the Galaxy Z Fold3 5G. There’s also a range of new ways to connect the device to your technology including wireless pairing onto a TV and Display Port over USB-C. That way users can stream 4K 60FPS videos from the device to their monitor. Take a look at the official specs down below.

The Samsung Galaxy Z Fold3 5G will retail from R37,999 in South Africa. It is available for pre-order starting on 1 September 2021. Consumers that take advantage of the early pre-order offer between 1-30 September will obtain a pair of Samsung Galaxy Buds2 a Galaxy Smart Tag and Samsung Care+ valued at R5,200. 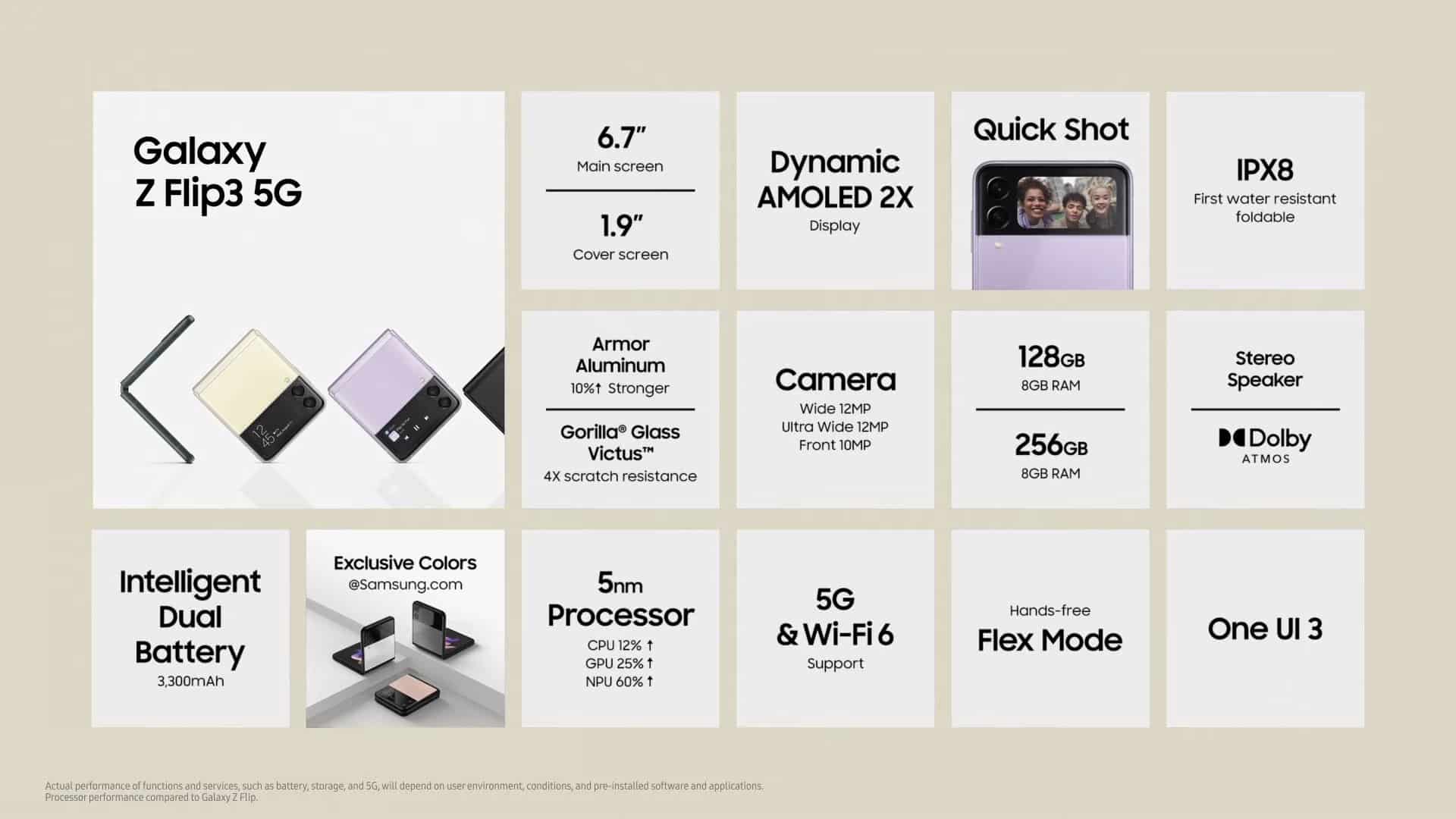 Samsung did not release a Galaxy Flip 2 but the company is skipping the name completely. Instead, the new device is the Samsung Galaxy Z Flip3 and acts as the cheaper, smaller model in the Fold range. The device also boasts improved durability on the display but the biggest new feature is the 1.9-inch display on the outside of the device.

This little display acts as a selfie mirror and notification panel. Users can view their messages without opening the phone and answer calls. 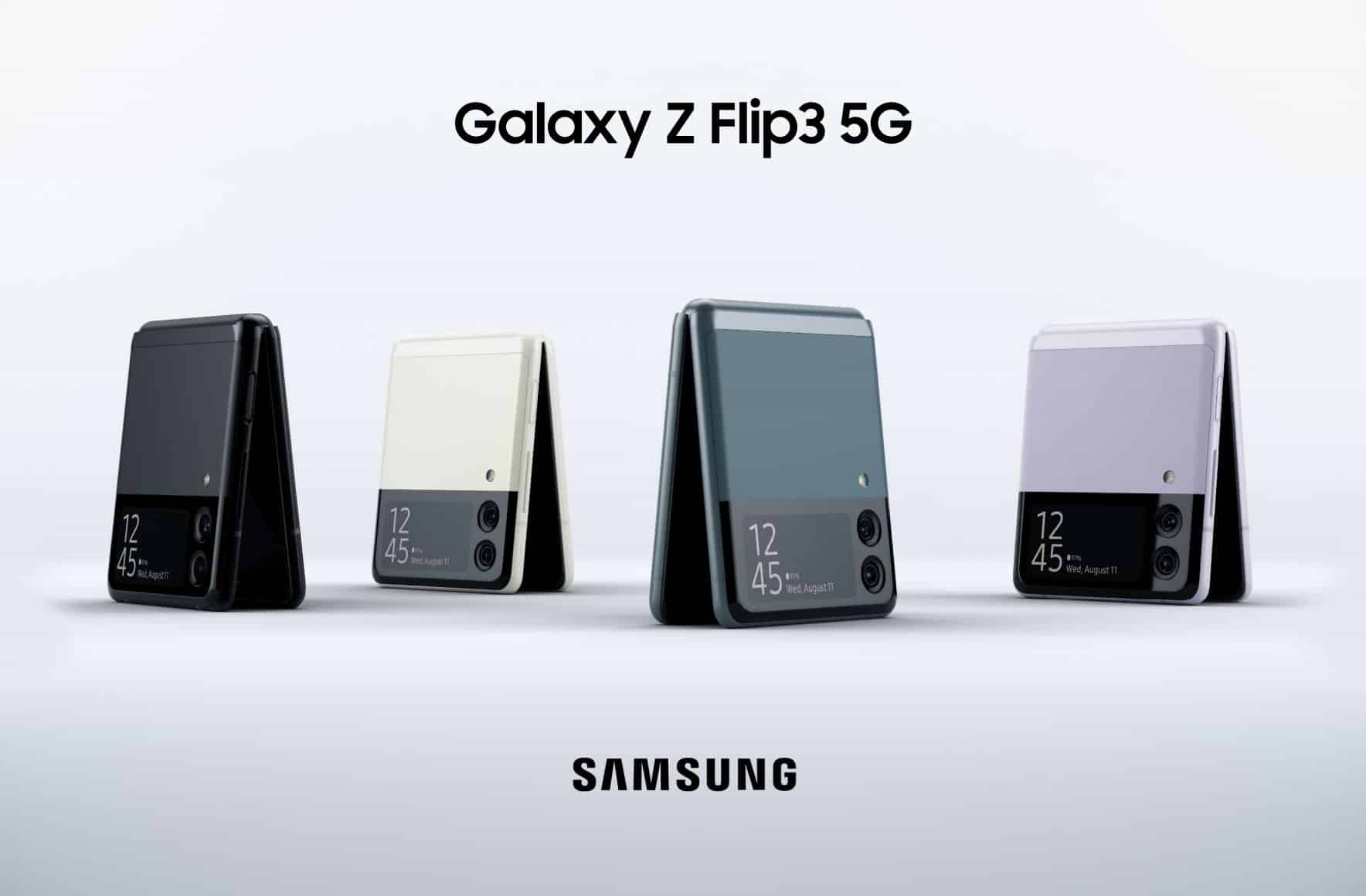 On the inside, there is a 6.7-inch 2640×1080 120Hz display. There is no under-display camera on the Samsung Galaxy Z Flip3 but it does pack a 10MP front camera, 12MP ultra-wide and wide-angle lens with 10x digital zoom. Take a look at the full specs below.

The Samsung Galaxy Z Flip3 5G will retail for R21,999 in South Africa. It is available for pre-order starting on 1 September 2021. Consumers that take advantage of the early pre-order offer between 1-30 September will obtain a pair of Samsung Galaxy Buds2 a Galaxy Smart Tag and Samsung Care+ valued at R5,200.