Advertisement
Skyward Imagines a World Without Gravity in This Brilliant Comic Series
"Imagine you just float away?"

I’m really bad (sometimes) when it comes to reading all the Comics that I buy. I’ll see a new Comic series, fall madly in love with its art, buy it, find the perfect place for it to live, and then I’ll torture myself by thinking, “I should really read that” every time I walk past.  It’s a hobby of mine at this point. That was the case with the Skyward comic series. I’ve been collecting it since Issue 1, but I’ve just never sat down and actually read it.

Then I saw that the entire Skyward comic series is now being collected into a hardcover edition (and I love me a hardcover for on the shelf), and on my way to order it, I came to the above realization that I am literally the most ridiculous person on earth, and maybe, just maybe, I should read the series and see if I like it before collecting it in another format.

Thus my long overdue discovery, I honestly don’t like Skyward… I love it. I’m a sucker for comics that take me on an emotional journey while reading and can leave me feeling forever changed when it’s done. That is Skyward. 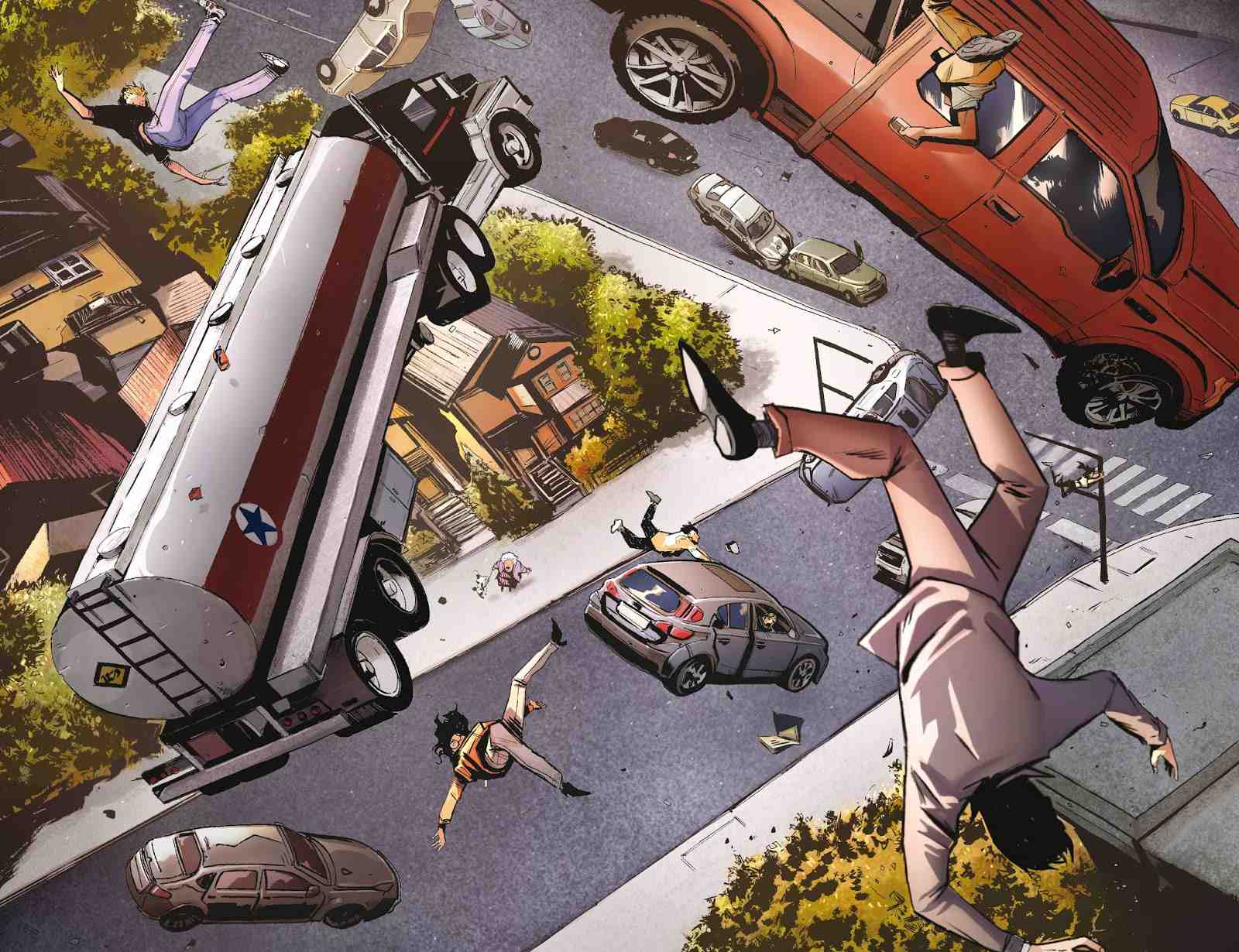 Skyward tells the story about what would happen to the world if gravity is just gone one day.

Everything starts off normal. We follow a pretty average family just getting ready to go about their day when “G-Day” hits; a cataclysmic event that changes everything we’ve ever known when the earth’s Gravity is suddenly and inexplicably gone.

People who were out just enjoying their morning found themselves suddenly floating up, and if they weren’t lucky enough to find something to hold onto, into Space.

In this apocalyptic world, we now follow a young girl, Willa, who has never known a world with Gravity, but who finds herself feeling trapped in a world without it. Her father hasn’t left their apartment since the events of “G-Day.” Initially, Willa sets out to help her dad see that the world outside isn’t as bad as he thinks, but this sets her out on a more significant journey than anyone could imagine. It’s up to her to save the world that she once felt trapped by. 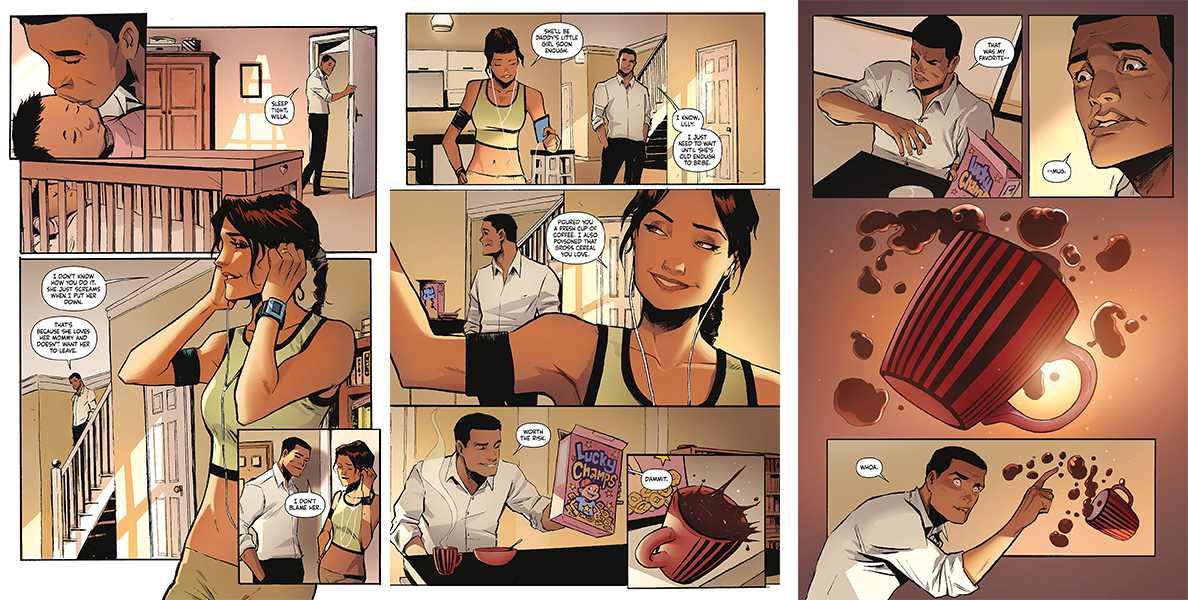 The best comics are the ones that can put you in a situation that’s absolutely foreign to your own but can make you experience it as if it was happening to you, and that is where Skyward shines.

At its core, Skyward is a story about relationships, love, humanity, and the undeniably strong bond between a father and daughter. From its storytelling to its impressive and expansive art, it pulled me in, and for just a moment, it wasn’t Willa’s story, but my own. I’d be lying if I said I didn’t give my dad an extra hug after reading it.

Skyward is currently being adapted as a movie for Sony, so if you haven’t jumped in and experienced this zero gravity thrill ride for yourself, this is the perfect time to do it. 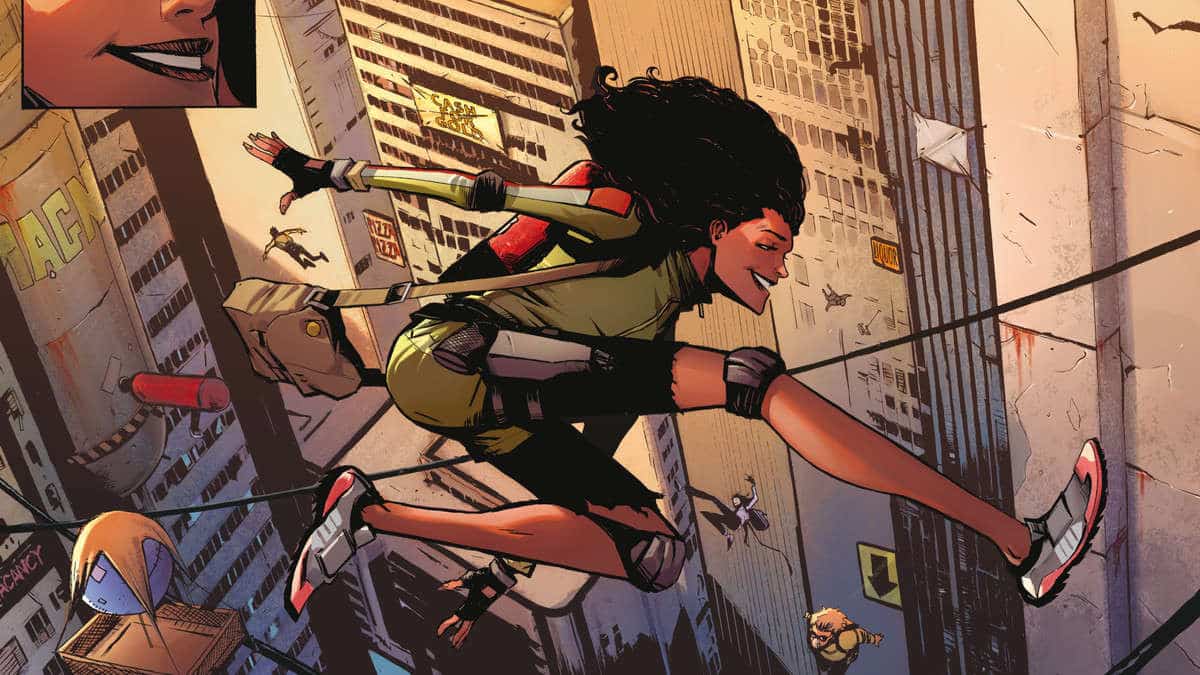 Want to grab the comics for yourself? The entire series is available in the following formats: Digital, Single Issues (15 Issues), Trade Paperbacks (3 books), or as a single Hardcover.

Those interested in grabbing an issue or two, or three, can head over to Critters and Comics – You can also get a 20% discount on your next comic book purchase (including variants, TPs, and Hardcovers) over R250 by using the code “glitchedcomic20” at checkout… also, the code can be used more than once… just saying.