So what is Snack World: The Dungeon Crawl – Gold all about? While the title may sound a little over-the-top, it is actually at its core a dungeon crawler that sees you explore procedural worlds as you slay enemies using a large range of stylish weapons, capture Pokemon-like monsters called “Snacks” to help you along your adventure and try to satisfy a fussy princess who is always looking for the latest “trending” treasure in the land. The formula works for the most part as I love a good old grind especially with an RPG element tied to it. That constant search for a Love Potion to make a hat that will up my defence or a Lime Yam to craft that sword I spotted in the store. 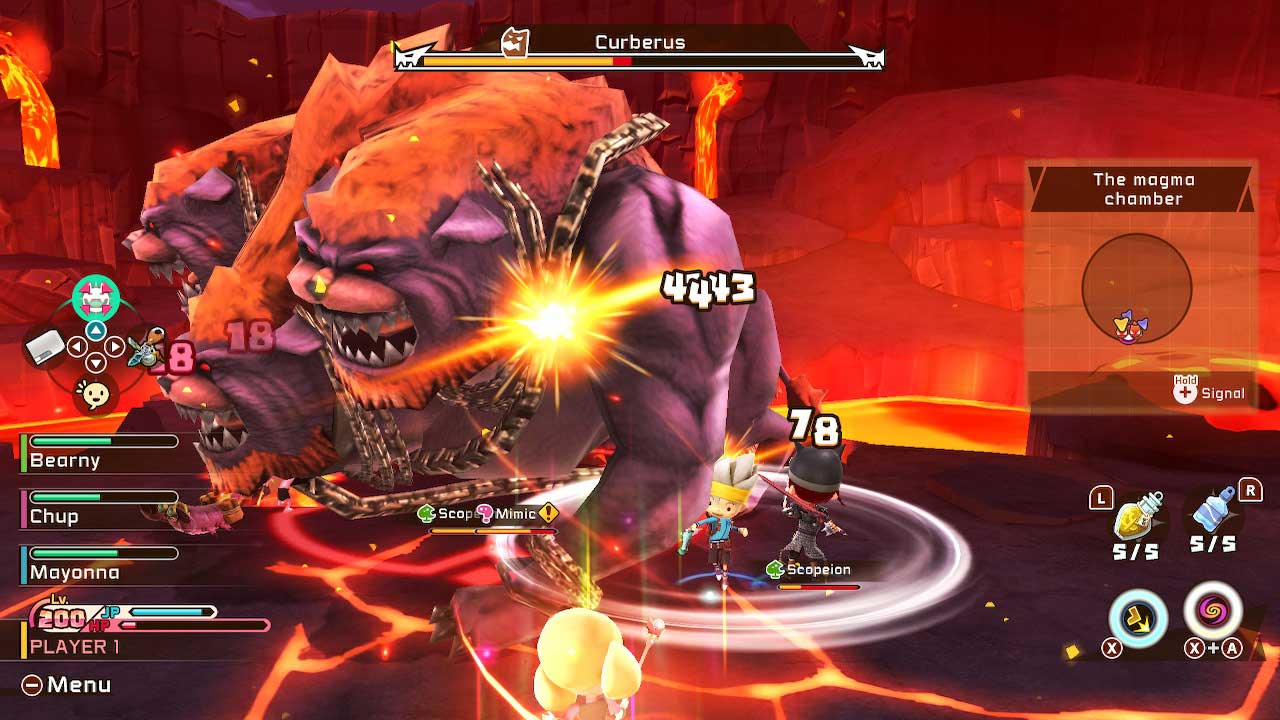 Snack World’s story is all over the place and it never takes itself too seriously. You are a young adventurer that you create with a basic character creator at the start of the adventure. You then get roped into completing a range of quests for the Tutti-Frutti kingdom as you level up, unlock new quests and take on more challenging encounters. The writing is spot-on as while it sometimes rambles on a little too long, its comedy is always delightful. Tracking down a guy that left a bad review on a local store to beat him down or finding a scam artist that sold a counterfeit bottle cologne to a guy. These are a few ways you waste your time in the game and there was never a dull moment when it came to the cast and plot even during the simplest of missions. 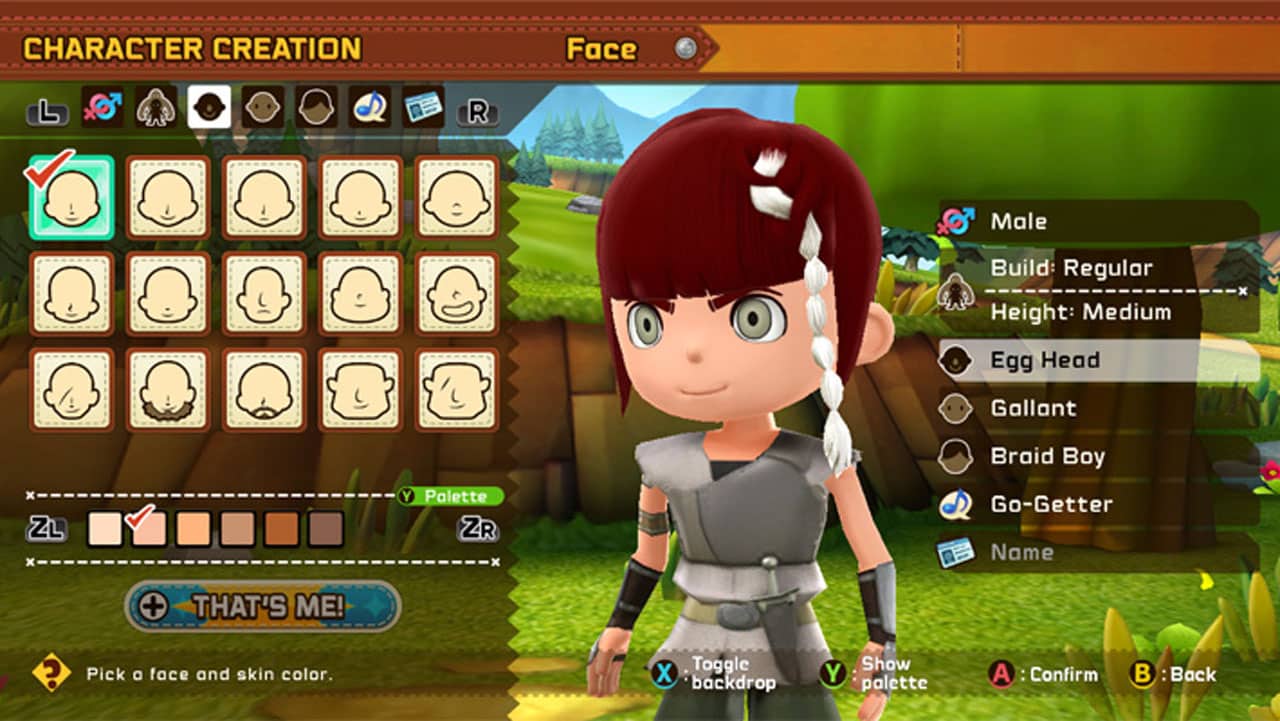 Snack World’s emphasis on its RPG elements goes a long way to keep you busy too and it oozes into the combat, pre-preparation for missions and the crafting and equipment system too. Your character is your canvas and while the game starts off slow with little progression and variety to choose from at first, it slowly broadens as you get further into the game. New recipes packs sponsored by various brands (it is all about the brand, darling) become available at the stores that unlock new crafting options. Fabricating and fortification become key to the game’s grind as every new fancy hat or weapon requires a set amount of ingredients to craft. You then head into the side missions and main missions to farm for these items.

When I say “farm” I don’t mean spend your life looking for a Purple Eye as the game’s drop rates are relatively gracious. However, things do get quite grindy at the late-game parts especially when combat gets tougher too. It is all good fun though as the systems work and the rewards are always plenty even if you don’t get that drop you wanted. Chests contain all sorts of things ranging from the “rare” set weapon or item for each quest to food that gives you buffs before each mission or treats you can feed to your Snack creatures to level them up. Every dungeon was a new discovery and every mission presented random occurrences that kept things fresh like a chest double spawning or a random room that forced me to fight an NPC. 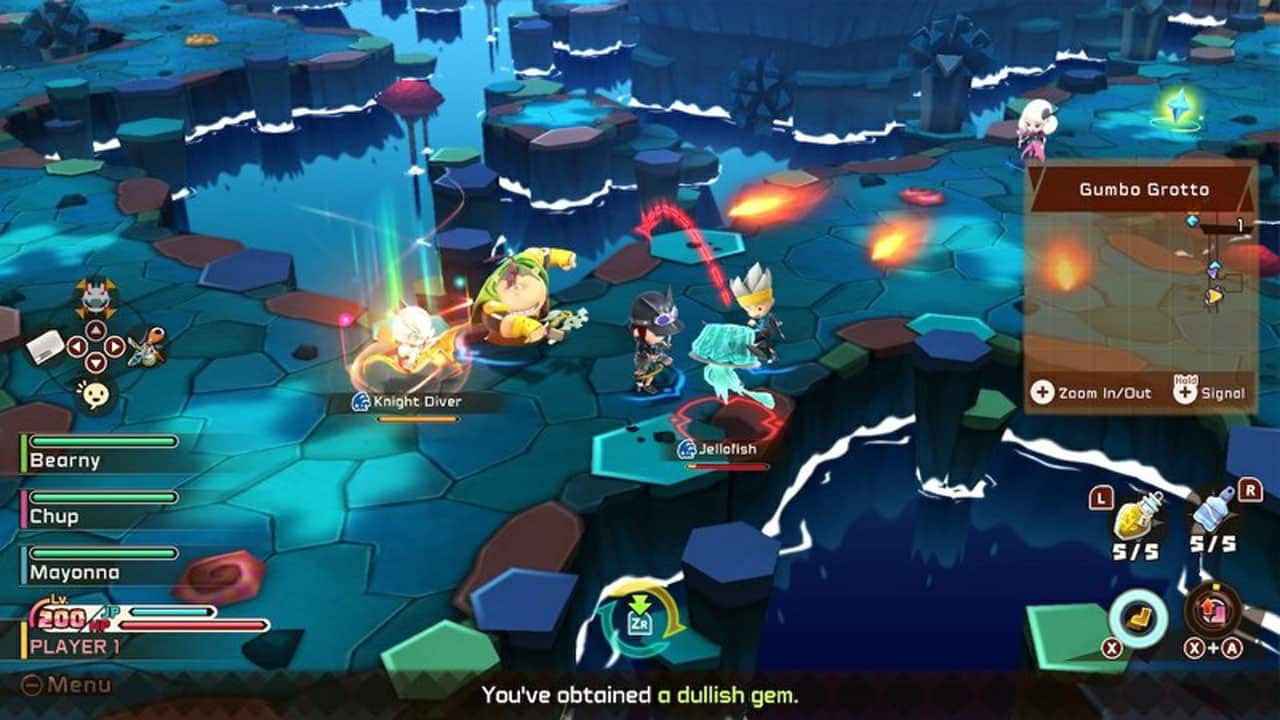 Combat in Snack World: The Dungeon Crawl – Gold is also fun as you get Jaras that act as weapons for your character. These range from all sorts of typical RPG weapons you have ever come into contact including magical staffs, hammers, fans, javelins and swords. At first, I thought the game would let me master one specific style but it prides itself on keeping the combat versatility fresh by forcing you to master them all. Each Jara has an SP gauge that depletes the more you use it. Once depleted, you need to then swap it out with another. They all run out pretty fast so I found myself swapping them around at all times. Sure, I preferred to use the giant plastic hammer but it just did not allow me to.

It also helps that the enemies are all weak to a specific weapon and this is indicated by a “huh!” that appears on above their heads when you pull it out. This mechanic also forces you to keep swapping weapons as you run, dodge, heal and cast abilities in every dungeon. The whole system keeps the combat fresh and exciting with a break between it all to summon a Snack which sees you become the creature and use its abilities for a limited time. The fact that every weapon is also quite cool to wield and use also makes it all exciting as you need to approach the combat differently every few minutes. 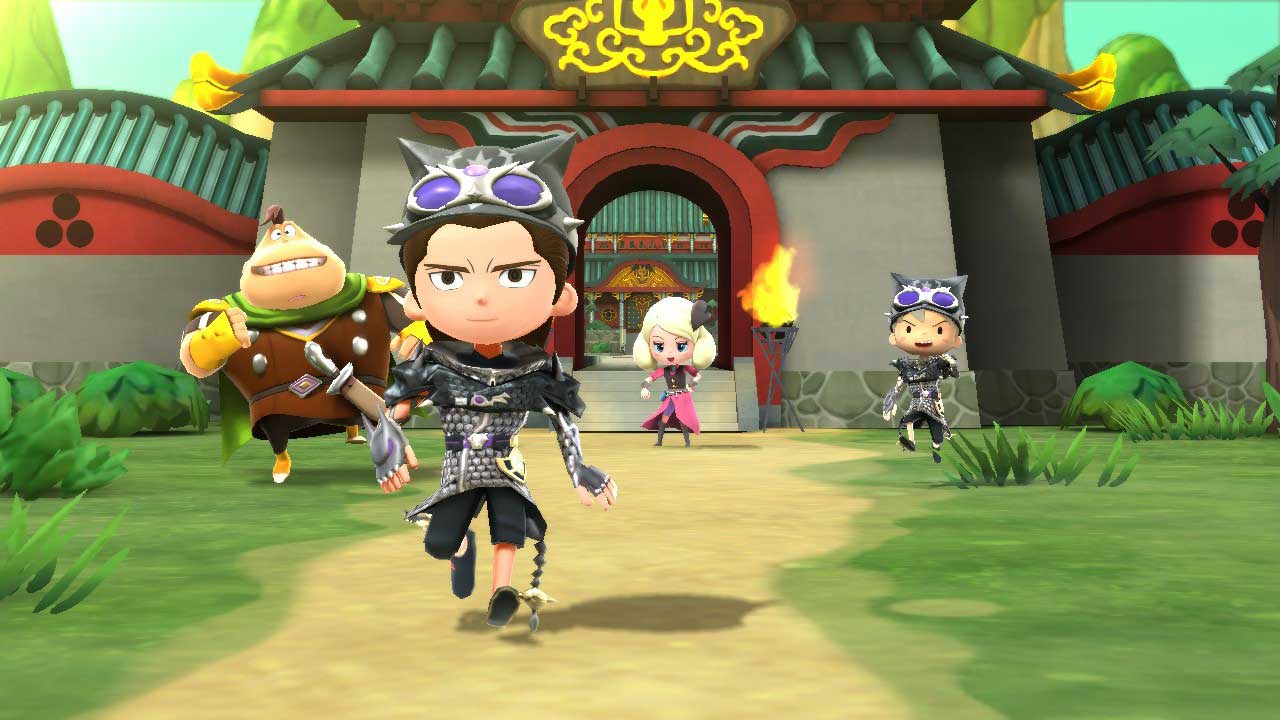 There is even a bat that wields bats called “Bat”

Enemy variety is anything but limited in Snack World: The Dungeon Crawl – Gold. Dungeons are littered with unique monsters from a chicken with a lion head called “Foul Cat”, a drama ogre called “Ogre Actor”, a melon Zorro called “Maskmelon”. There is even a bat that wields bats called “Bat”. I am sure the development team had the time of their lives designing these enemies and going through the “Pix-e Pedia” to look at them all in detail was the highlight of my day. While the enemies may look cool, they are also tough especially in groups. Combine this with the awesome boss fights and you have yourself a challenging yet fun RPG worth the dozen hours of game time. 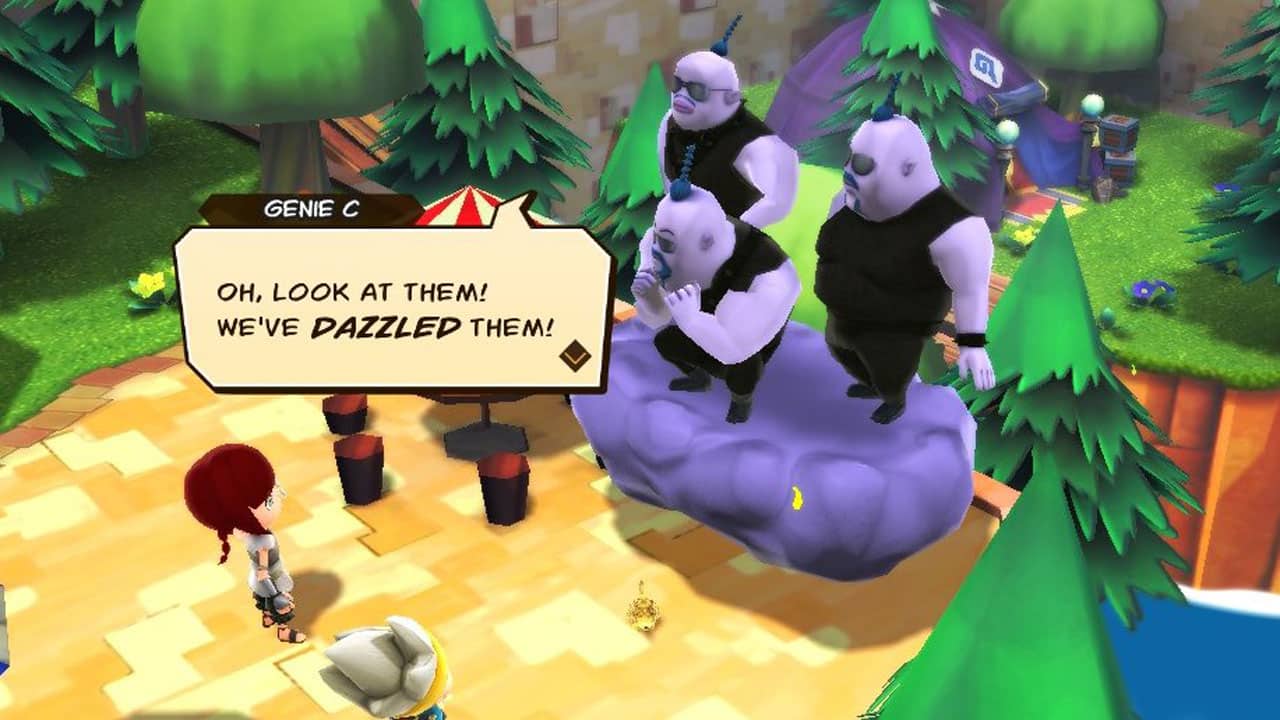 Snack World: The Dungeon Crawl – Gold also features a multiplayer mode that lets you head into the side quest dungeons with friends. This can be played online or locally as you take on quests and gather loot together. It is fun as I jumped into an online lobby with my brother. My biggest issue what that the local multiplayer failed to work. It We both tried to create lobbies but it failed every time we tried to join each other. It was a major let down especially when the game is so enjoyable in co-op and the Switch boasts this local feature.

Snack World: The Dungeon Crawl – Gold has its moments where it feels a little tedious. However, it makes for a fun and enjoyable dungeon crawler that is carried by its brilliant writing and great combat. It is best played in short bursts as like I said before, it can feel a little “samey” after a while. Let’s just hope they fix that local multiplayer bug.

This Snack World: The Dungeon Crawl – Gold Review is based on a code sent to us by Nintendo.