Sniper Ghost Warrior Contracts marks a new approach for the Ghost Warrior series and it works for the most part. It will make veteran fans of the series happy with its heavy emphasis on sniper gunplay but its combat is much more approachable now giving even those who hate sniping something to enjoy in the game. In a way, it is back to its roots with the objective-based campaign that spans a couple of open-world hubs giving you the freedom to approach it any way you wanted to.

The game has a few rough edges as animations are buggy, the AI leaves much to be desired and the environments grow tired after a couple of hours but the core gameplay experience is elevated by the focus on gunplay, customization and the vast array of gear that allows you to take on your objective the way you wish to.

Sniper Ghost Warrior Contracts kind of feels like a spinoff as you get dropped in the icy lands of Siberia during a conflict between Asia and Russia. The world is littered with compounds, mountain areas for great sniping opportunities and natural resources. The “Operator”, a shady AI voice gives you all your objectives in each hub guides you through the game It kind of gave me Hitman vibes as it instructs you to do a specific list of objectives. Hack this terminal, kill this person, find this item etc.

While the story never really makes an impact and the objectives are more hogwash of mini-missions, running around and trying to complete them all is somewhat fun. Right before a mission, you are introduced to the objectives at hand in a cool loading screen cinematic that flashed before you. This breaks down what you are doing and how you should go about it but honestly, it never makes an impact on your approach to the mission as you can do what you like and go anywhere you wish once you have landed. 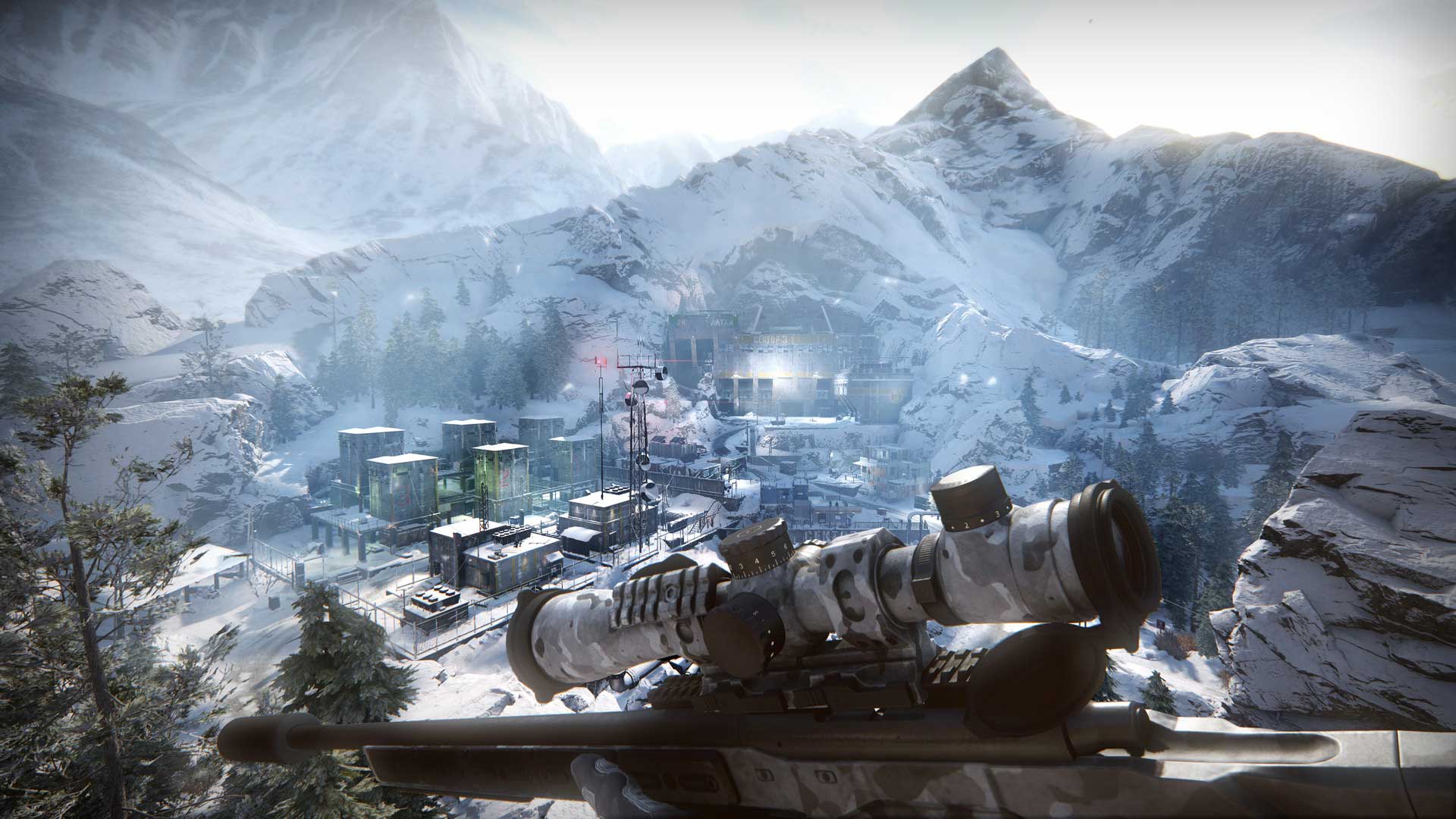 Sniper Ghost Warrior Contracts is a sniper game first and an action game second. It takes its sniping mechanics very seriously to the point where you need to focus on all sorts of mechanics in order to fire that perfect shot. Wind, distance, drop falloff and more become a reality when lining up that perfect shot and it is fun to master. It also comes with its own challenges too such as juggling all of the above while holding your breath, following your enemy’s head and making sure it is all pulled off with perfection.

I am terrible at sniping but I learnt a lot about patience and wind force. I missed more shots than I hit but the ride along the way was fun. If I felt like just going into a compound all crazy-like, it was as simple as swapping to my AK47 and shooting up a storm. The game gives you a great amount of freedom to approach the maps the way you want to. Sure, sniping is the main goal here but it is not a must. 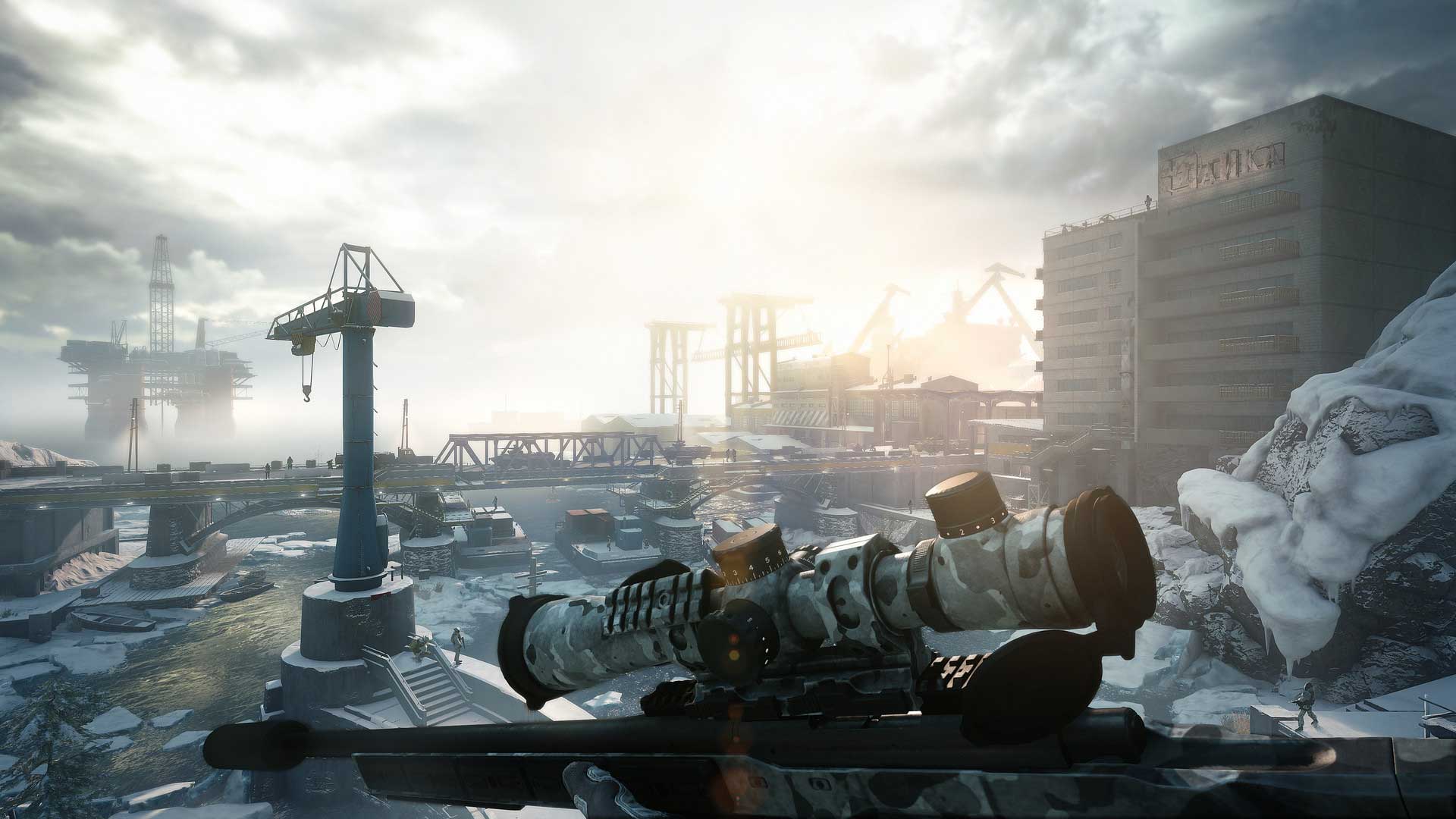 The game spans across five maps each with its own set objectives and side missions you can encounter along the way. Deviate off your path and you will find something cool to complete like a bounty, terminal to hack or a collectable to pick up. The maps are fairly large with all sorts of entry and advantage points to take advantage of. It is nothing short of versatile when it comes to the way you approach the game and if stealth is your forte then sneaking in the grass and taking down enemies feels great. Or you can just go in with your secondary weapon and shoot them all. However, the most fun is in the sniping and the way the maps have been designed, this is clear from the start.

We then have the gadgets which made everything I did in the game even better. There’s an extensive list of things to unlock including grenades, throwing knives, mines, and much more. This accompanied by the deep customization that lets you alter your gun and its attachments and even ammo style gives you a vast range of things to prep with before you head into a tough mission. You character, who wears a crazy tech mask can also be upgraded and kitted out with perks such as increased stamina, less noise while walking, the ability to carry more weapons and better camouflage. All this makes the game’s objectives and side mission well worth the time and effort. Everything you do you get credit for which can go towards new upgrades for your loadout. The best thing about this all is that you don’t need to actually complete the mission to cash in your credits. There are various points on the map that act as checkpoints where the player can “complete” everything they have done up to this point and catch up on anything they still need to do. This then turns in all objectives and credits too. Sniper Ghost Warrior Contracts has a decent flow that carries throughout the game.

After five maps, I was all snipered out. While the game has some great mechanics, it felt like I was just doing the same thing over and over again. The AI is buggy often even trying to shoot me through a closed room. I saw the flashes from the gunfire out of the corners of the walls and just thought they were drunk. The game also looks great but suffers from some nasty performance issues. Frame rate dips get in the way of that perfectly-timed shot and it brings down the whole experience. 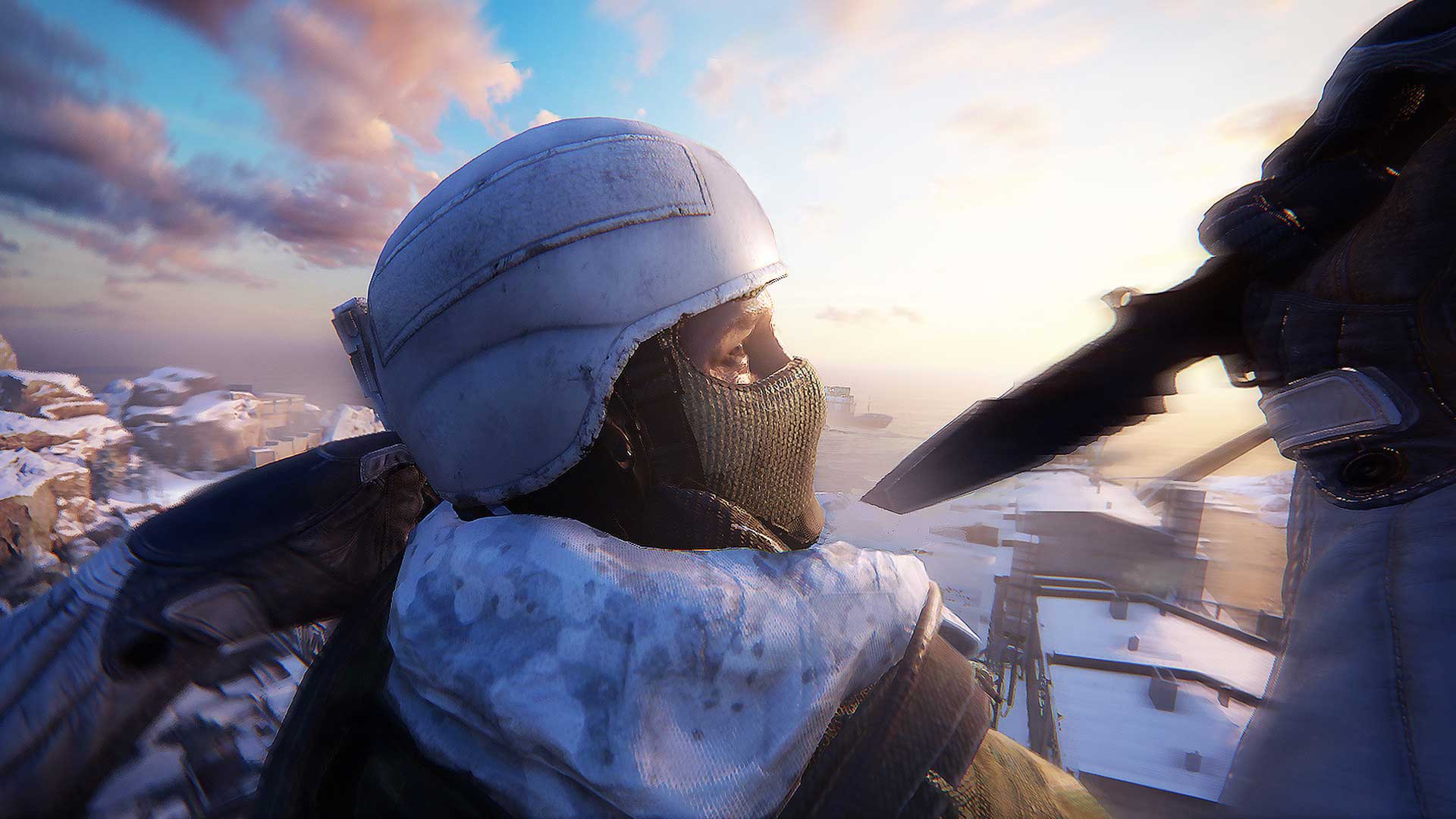 You have to take into account the asking price for Sniper Ghost Warrior Contracts. It is not an R1000 game and I do believe you are getting some great value for the asking price of R629. However, it does fizzle out much faster than I hoped. It has some great gunplay on offer here and the missions will keep you busy, but the general excitement becomes less and less the more you play it.

This Sniper Ghost Warrior Contrast review is based on a code sent to us by CI Games S.A