If you are picking up you PS5 this week then you have probably already been shopping around for all the extra accessories to go alongside the console. Sony has a load of extras users can buy including a Media Remote, DualSense Controller, charging station, HD Camera and the most expensive of all, the Pulse 3D Headset.

With the PS5 and its Tempest 3D audio tech, the Pulse 3D headset claims to be the must-have for new console owners. But is it? I can confidently say yes. However, there will most likely be better ones on the market in a couple of months time but the Pulse 3D Headset is almost like nothing I have ever put on my head before and I have reviewed hundreds of gaming headsets. 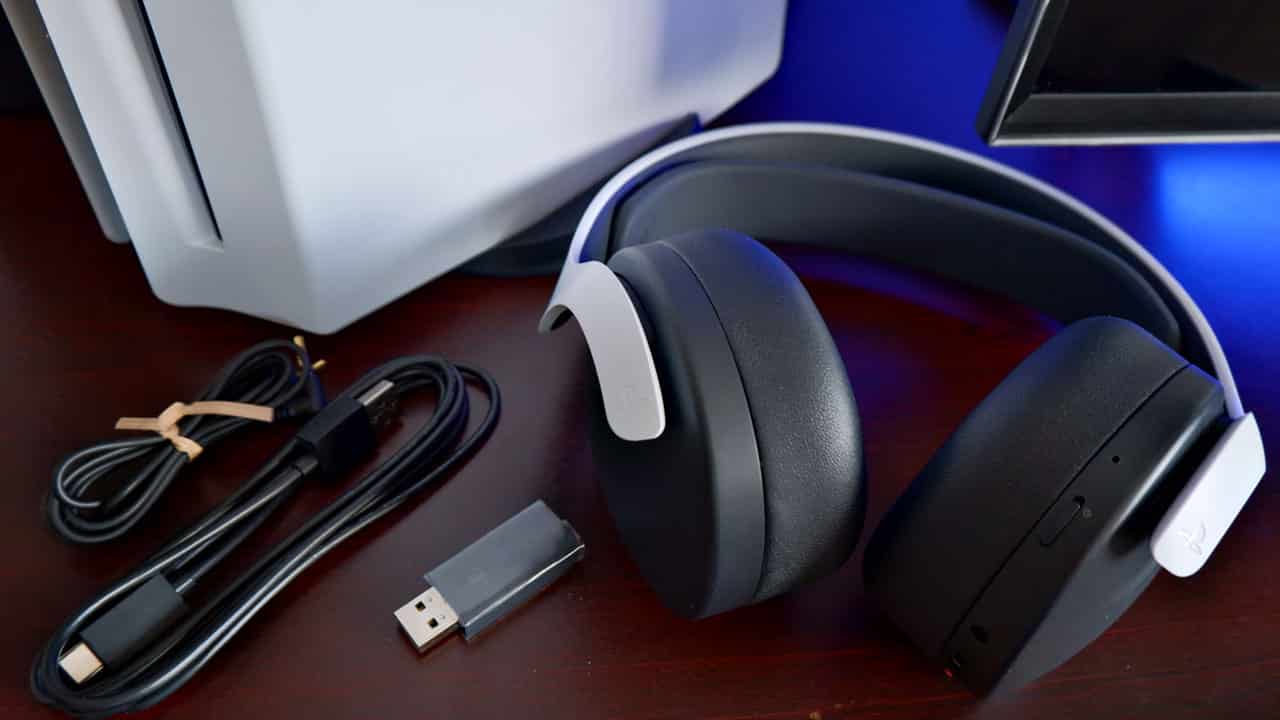 There’s a lot to love and also a few things to hate about the device. For starters, its plastic build may be a turn off for those who crave the leather and cooling-gel cushioned earcups of today’s headsets. When it comes to materials, the headset is plastic, the earcups are pleather and the band is made from a pretty-fantastic smooth silicone. In a way, these materials all help contribute to the overall lightweight design that then makes the PS5 Pulse 3D Headset so damn comfortable too.

How comfortable is it? For starters, it is levels above its predecessor, the Platinum headset and a lot better than the Gold Wireless Headset. There’s very little bulk to this which I love. The headband runs across the top and on the end of each one there’s an earcup. These earcups are fairly smaller than both the Gold and Platinum headsets. However, they deliver a snug over-ear fit that helps reduce noise. 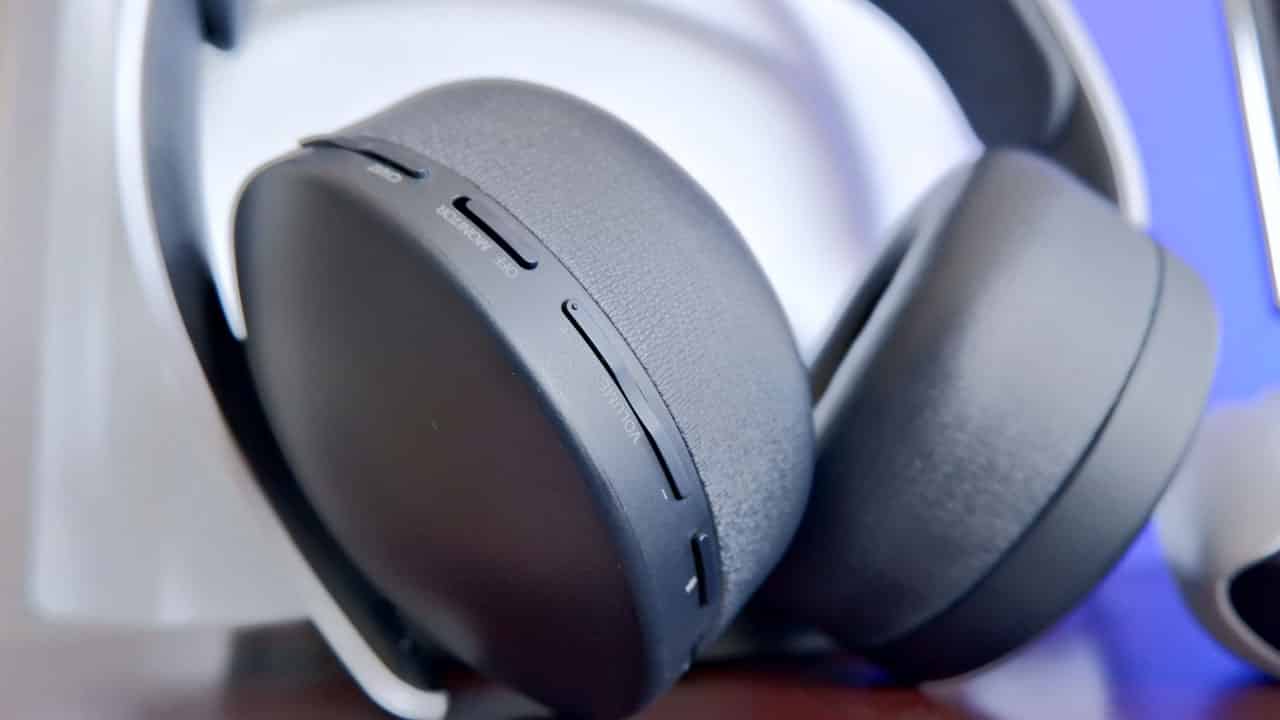 I wear glasses and the padding on the cups is quite soft which applied very little pressure to the arms of my glasses. This was a major issue I had with the Platinum headset which got sore after even an hour of gaming. The headset weighs 295 grams and packs two fairly-large 40mm drivers. This all creates a lightweight and comfortable fit. I also enjoy how the size of the earcups and the thin headband means I could lay back with my head on my chair or pillow without the headset moving forward on my head.

Of course, unlike Sony’s previous console launch headsets, the PS5 3D Pulse Headset makes use of a silicone band to that adjusts the height of the earcups to your head. This means I don’t have to sit there and move the cups up and down to find the best position for them. I just pulled it over my head and the design does the rest of the work. 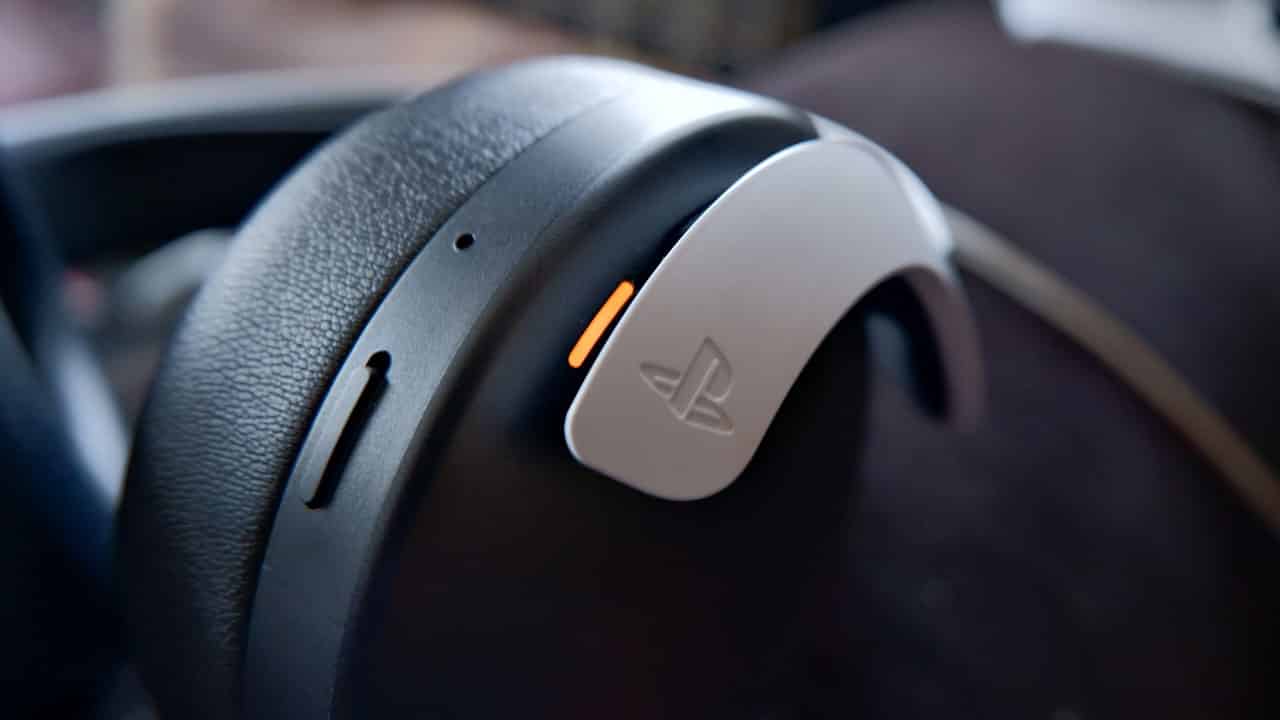 Using the headset takes a while to get used to. The left-hand earcup is where the magic happens and all the ports and buttons are found here. Mastering the PS5 Pulse 3D headset is all about muscle memory. There’s a lot to remember here when it comes to which button does what and what to press when you need to turn down the volume or mute. There’s the chat/game volume mixer, a monitor button that lets you hear yourself when enabled, a mute button which is an actual button that pops in and out, a type-C charging port, 3.5mm audio jack and the power switch.

The device comes with a dongle in the box, a charging cable and a 3.5mm audio cable. There’s no carry bag this time around. It makes sense as this is not the type of headset I would want to wear out in public. Not that it is ugly, I just feel like there are more stylish wireless headsets out there that are practical for travelling. 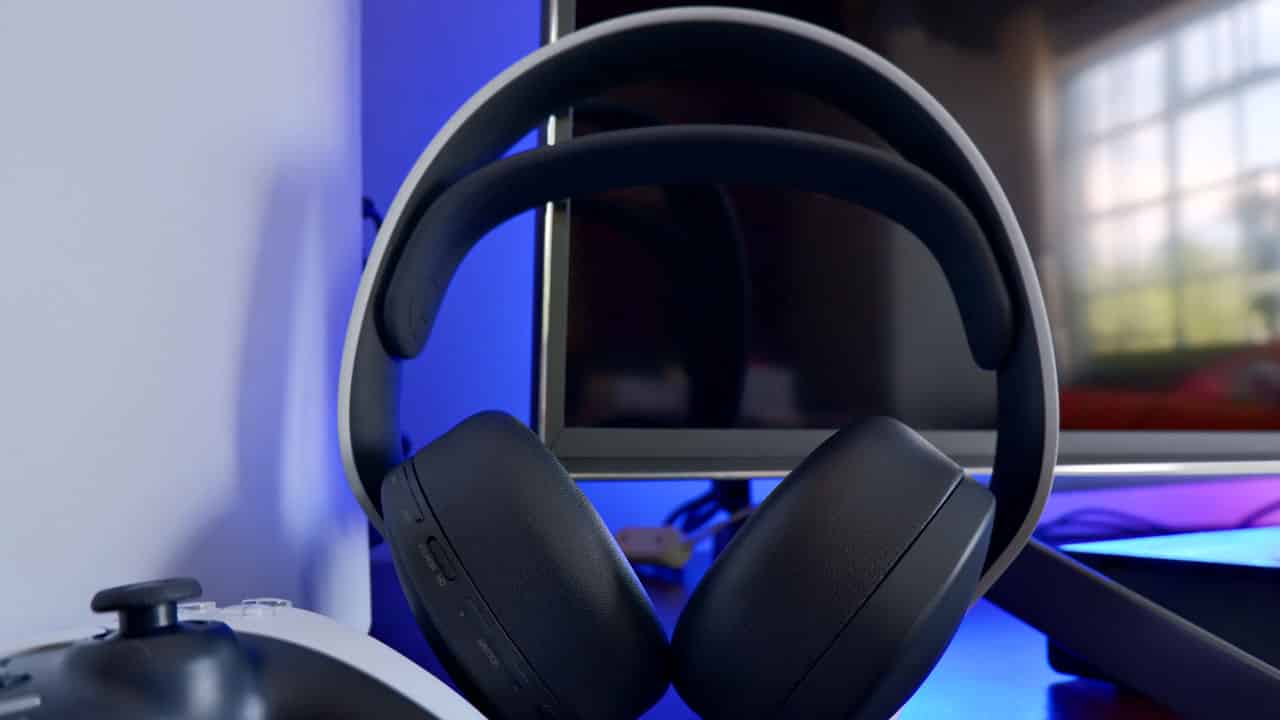 Using the PS5 3D Pulse Wireless Headset is quite simple. I plugged the dongle into my PS5 and flipped the power switch on the headset on. It takes a second or two and automatically connected to the console. I would have loved if the PS5 had a built-in connection chip for Sony headsets, to be completely honest. If we could eliminate the dongle and just turn on the headset as we did a DualSense controller, it would save a USB port but also make it so much more accessible. Anyway, in the perfect world, this would be a feature.

There’s a fairly large light on the left cup which displays the headset’s current connection. It also helps to detect the battery life and how much charge it has left. However, the PS5 UI is where the headset shines. It is a Sony headset built for PS5 and PS4 so the system enables some pretty cool features. For example, turning up and down the volume on the headset causes a pop-up banner to appear which shows the max and minimum volume. The same thing happens to the chat and game mixer. A bar appeared and showed me how balanced the volume was across game volume and a chat party. Previously, I just had to listen to the audio and determine what levels each were sitting at. I know it is a small feature but it goes a long way in making the headset feel like a PS5 device. 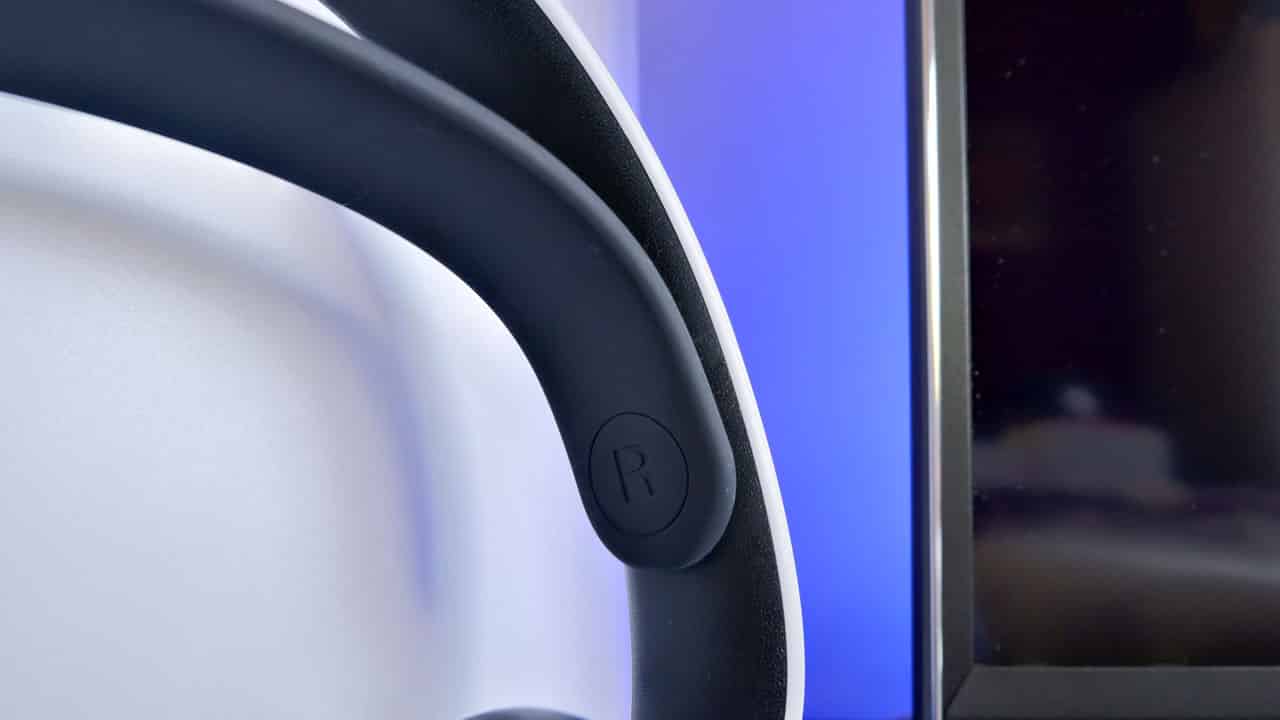 The PS5 boasts its new Tempest 3D AudioTech which the headset takes full advantage of. Keep in mind that all headsets are supported so you are not missing out on this tech if you use a Razer or Steelseries. In the system settings, I could change the 3D output to suit my ears. According to the settings, each person hears 3D audio differently so it is important to tweak this before you just jump into a game all willy-nilly.

The 3D sound is impressive and shines in games such as Miles Morales and Sackboy: A Big Adventure. In Sackboy, a level I played had rockets that flew towards the camera. I could precisely hear each one and where they came from. As they flew past the camera, it was as if they flew past my ears and I could hear them behind me. Miles Morales brings out the city sounds more than anything else. Cars drove past and I could hear the sound of the engine fading away in the distance behind me. When I walked past a couple chatting, their voices were clear in my right ear and as I jumped onto the street pole, I could hear them underneath me. 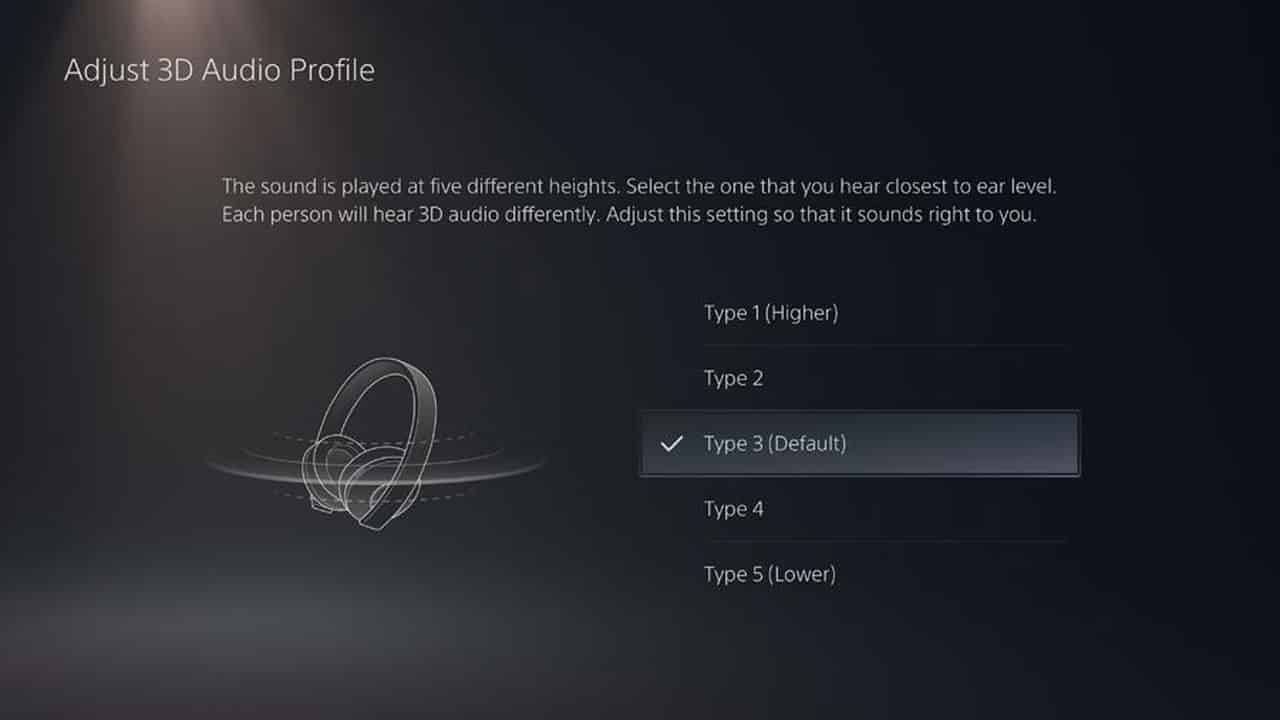 Demon’s Souls was the most impressive. I stood still for 5 minutes in the early parts of the Stonefang Tunnel and could precisely hear the miners grumbling and the clanging of their pickaxes on the stone walls. I could hear them behind me, under me and above. It is quite an impressive feature. The headset also does a great job delivering different tones at different levels. While I was standing there, I could hear the “other player ghosts” fighting enemies in their world. It was all balanced without the higher levels getting in the way.

Sure, I am going to miss downloading different game profiles to my headset as I did on the Gold and Platinum ones. However, the 3D tech means that each game is tailored to the headset perfectly. So far, I am impressed with the performance of the PS5 3D Pulse Wireless Headset. There are so many games to look forward to playing which will hopefully deliver unique audio profiles to enjoy. 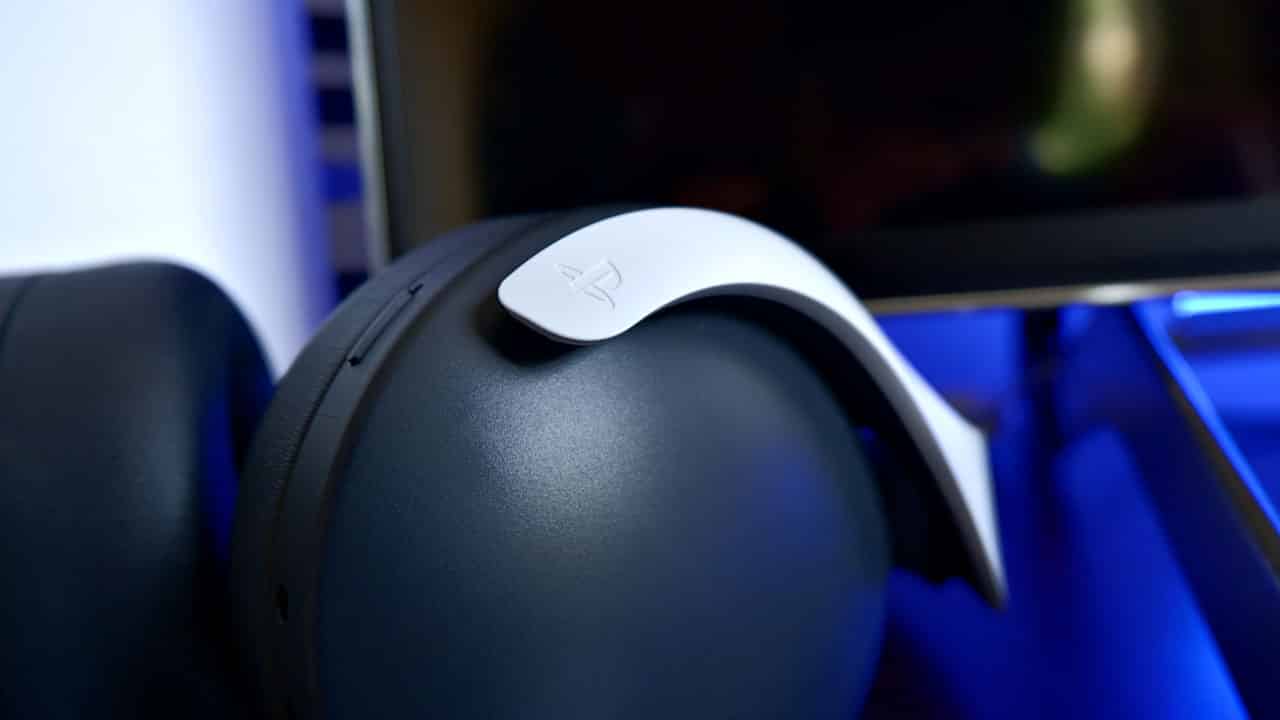 As for battery life, Sony promises 12 hours which is not fantastic but it is also decent. The charge time could take up to three and a half hours according to the manual to fully charge the device which could also be an issue. However, unlike the previous headsets, the 3D Pulse can charge with a USB power adaptor and even an Apple 20W fast charger. While the headset does not make use of a fast charge feature, it will save time by making use of an adaptor instead of using the low-watt USB ports on the PS5.

For R2,199 you can’t go wrong with the PS5 3D Pulse Wireless Headset. Not only does it deliver some fantastic sound and performance but it fits perfectly into the PS5 hardware and makes you feel like you’re using a really fancy new headset on a really fancy new console. The added UI elements make a big difference and Sony’s 3D Tempest AudioTech is only going to get better from here.