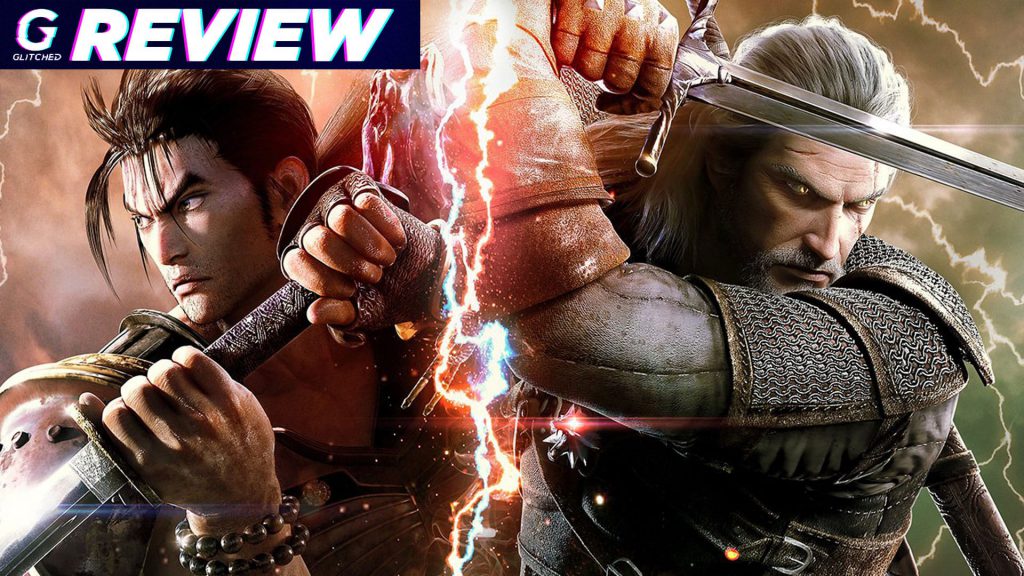 The SoulCalibur series has always been one of my most favourite fighting games in the industry. I have played every one of them and fought the dark side with Darth Vader, ringed-out Nightmare a dozen times and seen Voldo’s uncomfortable nipple rings way too many times. SoulCalibur VI acts as a series reboot as it goes back in time to revisit the story of the original game and the simplified Soul Series. It features a great roster of fighters, although it is missing a couple favourites, has a great emphasis on single player content, and its combat is top-class making this one of the strongest entries in the series. Of course, its guest fighter is none other than Geralt of Rivia from The Witcher series and while his appearance is rather lacklustre and serves as more roster padding than anything else, it is a love letter to fans and that is all that matters.

SoulCalibur VI feels like a return to the series’ best moments and first off is the story. The entirety of the game retells the events of the 16th century between 1583 and 1590. The origins of the Soul Edge come to light and the creation of the famed Soul Calibur are showcased throughout the game’s strong single-player modes. How the narrative is delivered truly makes for a fantastic adventure in SoulCalibur VI as its Soul Chronicle and Libra of Soul game modes give you a great look into the story and characters in the game.

Libra of Soul is an RPG-like experience whereas you take on the role of a created character you make. Character creation is fun and quite detailed as you model your hero with his or her own look and feel and decide what type of weaponry they will use. This character you build acts as the foundation for Libra of Soul as it takes you through the first SoulCalibur story to meet new characters, discover the past events and fight a load of infected enemies. Along the way you gather new weapons, level up your character, decide on tough choices that tip the scale of good and read a load of text. The game mode is highly detailed and while it is hard to stay on board throughout the campaign due to the boring text, there are some standout moments in the mode especially if you have always loved a specific character and want to know about their origins.

Soul Chronicles is a whole separate story mode but it does not deviate from the SoulCalibur lore at all. In a way, it is a different take on the story and a much simpler approach compared to Libra of Soul. Here you play the basic story of SoulCalibur while fighting through the game’s roster of heroes. Once the main story is done, you can go on and select different heroes and learn about how they all had their role to play in the SoulCalibur story. It acts as the game’s Arcade Mode in a way but with more plot and some fantastic voice-over dialogue. The main chapter is played by Kilik but after the 20-or-so story, you get to revisit the episodes as different fighters to get more insight on their locations and the impact they had during the SoulCalibur storyline.

Many fighting games offer next to no single player content which is why I loved SoulCalibur VI so much. It has a load of things to do if you are looking for a slice of campaign content with two chunky modes to keep you busy. Of course, you also have the classic Arcade Mode that takes you across a couple of battles with increasingly-hard difficulty as you win more. The aim of the mode is to get through all the battles as fast as possible to win a gold medal in completion with each character. If you want to brush up your skill then jump into the Training Mode which is pretty self-explanatory. 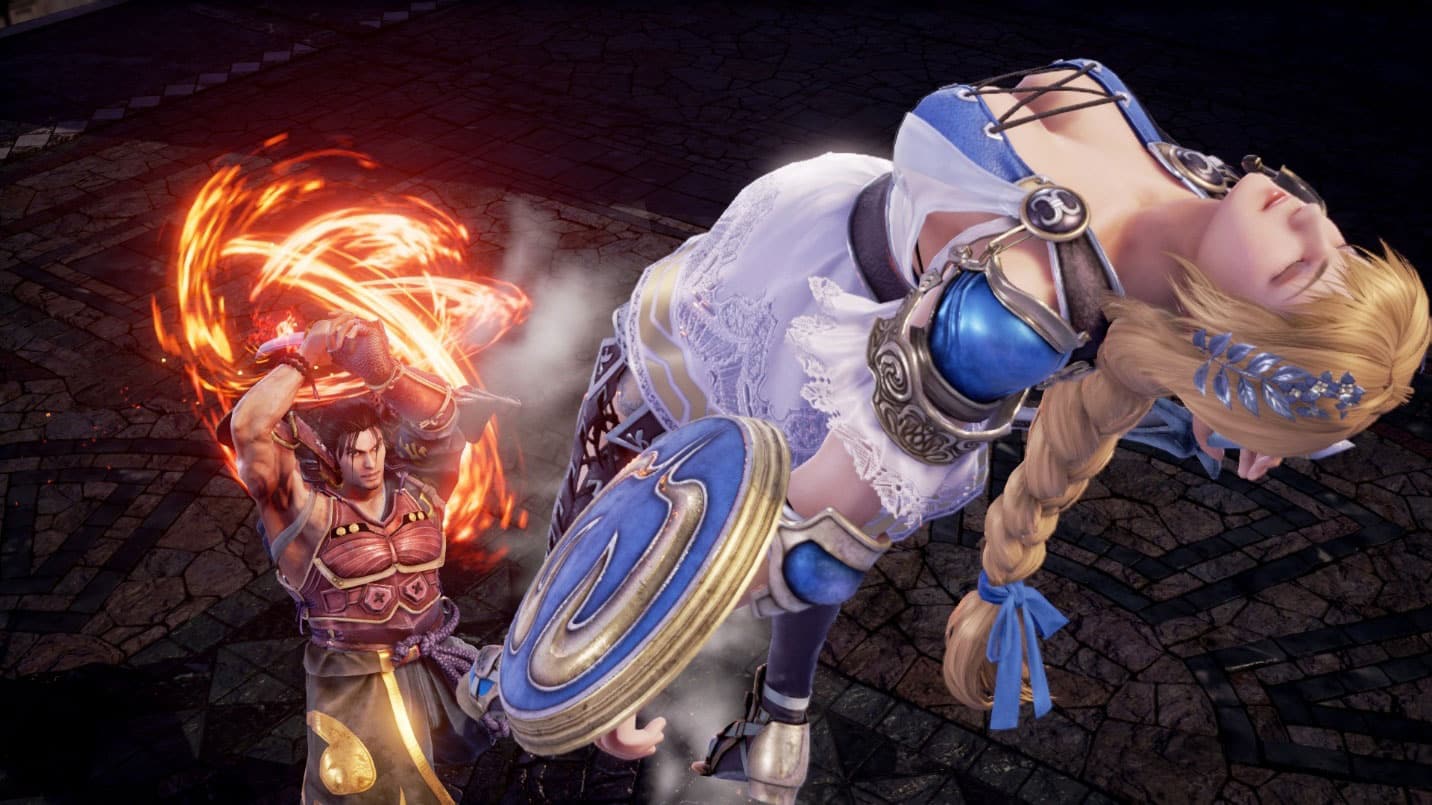 Of course, SoulCalibur VI would be nothing without its great fighting and it delivers beyond its expectations. SoulCalibur IV’s fighting style is adaptable and I felt like there was an equal amount of tough combos to pull of but also a decent number of easy-to-master moves to perform to make it look like you are a hardcore fighter. I do enjoy fighting games but I am not a professional player that counts frames and performs those twenty-button combos and I felt that SoulCalibur VI caters for both classes of players. New systems in place deliver an equal amount of innovation to the fighting system that not only adds new cheeky ways to combat your enemies but also fun and flashy counters too.

Reversal Edge is a single-press attack that triggers a slow-motion action where you and your opponent head off in a rock-paper-scissors-like showdown. You need to predict your opponent’s attack choice and trigger a counter using one that deflects the attack. Choose the same one and the process will repeat. You can also dodge these attacks which helps when you are in multiplayer lobbies where people will just spam the ability. Reversal Edge is a fun and flashy feature that is equally as tactical as the rest of the combat.

But the Reversal Edge is just a small mechanic in SoulCalibur VI’s great combat system. The 8-way movement system, counter parry attacks, Soul Gauge and other refined attack systems are all back and the game takes the best of the past and put it all into this great fighter. Chaining together massive combos with flash and flair is what the series is known for and SoulCalibur VI delivers a new level of it. The roster of fighters also makes for a great brawl as everyone’s favourites are present. Voldo, Yoshimitsu, Taki, Nightmare, Astaroth, Ivy, Cervantes and much more. A few SoulCalibur favourites are missing though like Rock, and Tira is locked behind a Season Pass (sad but true) but the launch roster does offer enough variety and favourites that you won’t even miss those from the past games.

Of course, Geralt of Rivia is the guest fighter in SoulCalibur VI and somehow he feels like he belongs. His sword fighting brings a familiar approach to the game that stems from all other combatants featuring weapons too. His Witcher magic is not as detailed as I hoped but the ability to spew fire out of your hand while casting an Igni rune will make any Witcher fan grin from ear to ear. Geralt sits alongside the rest of the great roster of characters that make SoulCalibur VI so detailed. 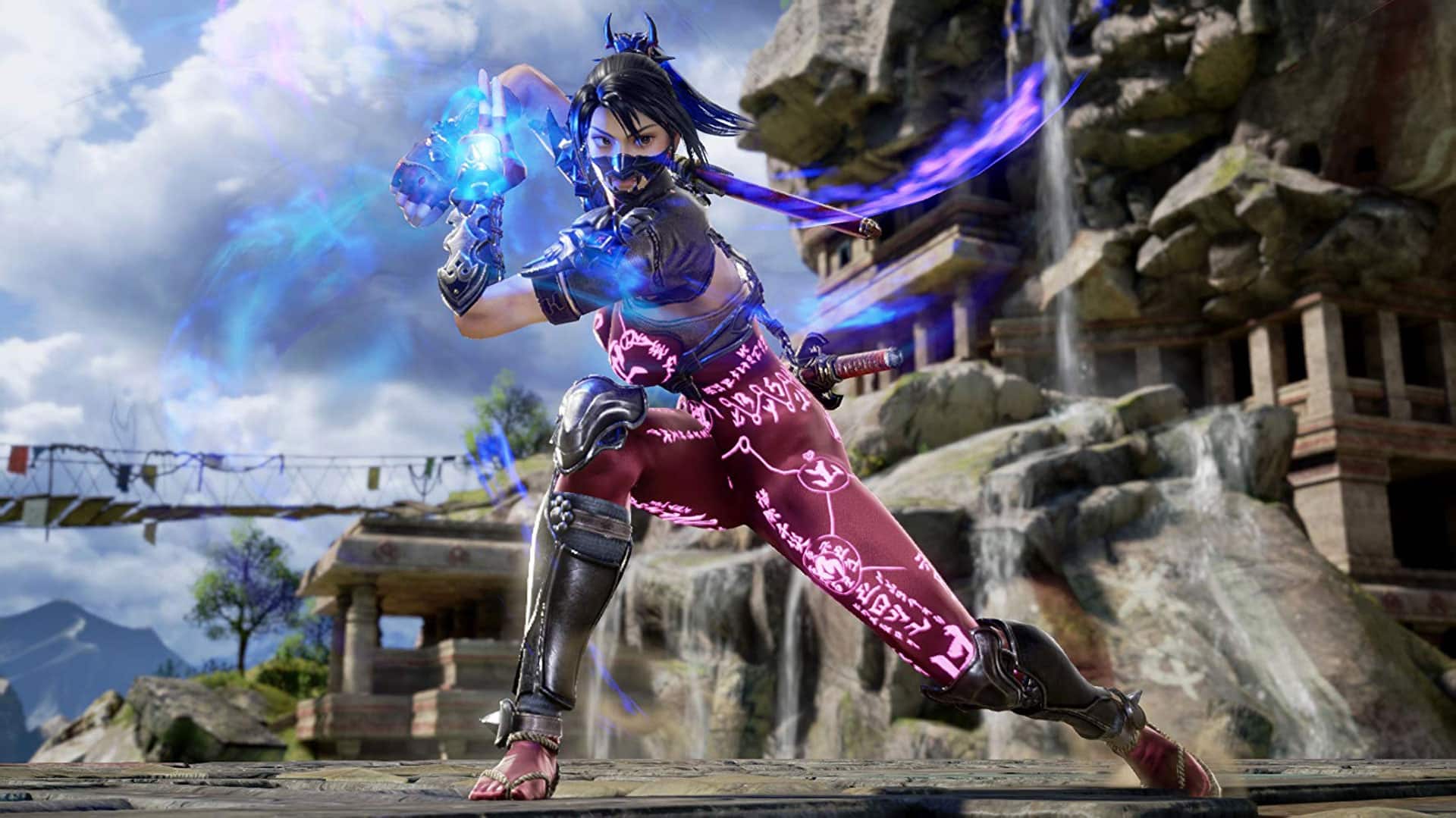 But Geralt is not the only shining fighter here as each one plays and feels so different. From Talim’s fast-paced dual-dagger combat to Ivy’s quick and deadly chain sword. Every character takes a while to master but once you have their combat combos nailed down, each fight is packed with all the SoulCalibur flair you expect from the series. Sure, the battles get tough across all game modes as there are some rather steep learning curves but every loss is an example of how not to approach that opponent you are facing. Many a time in Arcade I would be stuck on battle 6 as somehow this felt a little harder than other fights and I would have to put everything I know about the character to the test to defend against and beat my opponent. Of course, you can just stand there and guard, a staple feature in the series but that too would break with too much use and you would be left open. But the versatility of SoulCalibur VI is what makes the game so great. You can be a novice fighter and still have a great time thanks to the game’s shortcut buttons and the Reversal Edge feature. If you don’t want to play “easy mode” then stick to the combos and avoid pressing the L1, L2, R1 and R2 buttons. Whatever you decide and whatever level of fighter you are, the game works great regardless.

SoulCalibur VI is a flashy and stylish fighter that feels as great as the best in the series past. Its roster is top notch and its fighting is addictive. There is a lot on offer here too as its single-player modes lead the charge and set an example on how to deliver a great single player fighting game experience driven by deep narrative. Fans of the series will love this and newcomers will find it easy to master and discover.\