This review DOES NOT contain spoilers. We have made sure to leave out all major plot points in order for you to enjoy this masterpiece for yourself.

What do you get when you take Sony and Marvel and you get Sony to make a Spider-Man movie? Well, it would normally result in a pretty bad reboot but that is not the case when it comes to Spider-Man: Into the Spider-Verse. Instead, we have one of the most gorgeous animations I have watched in a while and it was almost as if I was watching the PS3 version of Spider-Man Shattered Dimensions come to life on the big screen. The film took me through the Spider-Man comic book universe, introduced me to classic Spider-Man variants and threw so much Marvel lore at me that it was probably more educational than any Marvel film released over the first few years.

Spider-Man: Into the Spider-Verse is a true tribute to the iconic Marvel character and while it is an animation, I could not help but feel that the film is aimed at hardcore Marvel fans that will sit through the film and laugh at all the jokes and sit there with their mouths wide open as the film delivers a true comic cinematic experience through its action-packed story, fantastic Marvel character imaginings and gorgeous comic book art style.

Spider-Man: Into the Spider-Verse does not mess around with its story as it focuses on Miles Morales’ journey through his “becoming of Spider-Man” as he overcomes his fears and evolves into the amazing Spider-Man we all know and love. While that sounds simple, the movie is actually all over the place and the characters you meet along the way make the ride so worth it. The film takes a while to get to the point of the plot and it works well to keep you interested throughout the film.

There is never a dull moment as the visuals, dialogue, and the fantastic script keeps the momentum going. There are some great voice artists behind the many characters that help bring the film to life. Hailee Steinfeld plays the gorgeous Gwen Stacey, Nicholas Cage voiced the iconic Spider-Man Noir, Lily Tomlin does Aunt May and Shameik Moore plays Miles. While there is a load of characters in the film, each of them has been highly detailed with enough backstory to relate to. So much so that every Spider-Man from every dimension actually introduces themselves in quite a unique way that helps bring the each of them and their dimensions into one landscape.

The jokes don’t stop and they are hilariously funny. Whimsical references to past Spider-Man movies, supporting characters that you just want to know after they leave a lasting impression with their jokes, and the animations are simply marvellous and play into a cartoony fashion that is hard to not gag over. One of the most memorable moments was when Miles was carrying the unconscious Peter Parker through New York while trying to use Peter’s web shot to get around. This results in a fast-paced, hilariously-directed scene of Peter Parker coming to, only to be knocked out again by an oncoming train or a passing vehicle. It is everything you could ever want from an animation that makes the impossible, possible.

The story is engaging as its cast comes to life in the film with one goal in mind. Even with the characters spanning so many different dimensions, they are all complex and the relationships they form are heartwarming and dare I say even tear-jerking. Kingpin makes for one of the scariest and most intimidating villains I have seen in a while and every time he is on screen my heart sank as his dark appearance just fills the screen with fear. Liev Schreiber also does a fantastic job voicing the villain and your nerves are tested when he opens his mouth. Kingpin wants to use his new interdimensional machine for his own evil plans and when he turns it on it opens up all these worlds and brings all these Spider-Man and Spider-Woman characters into Miles’ New York. 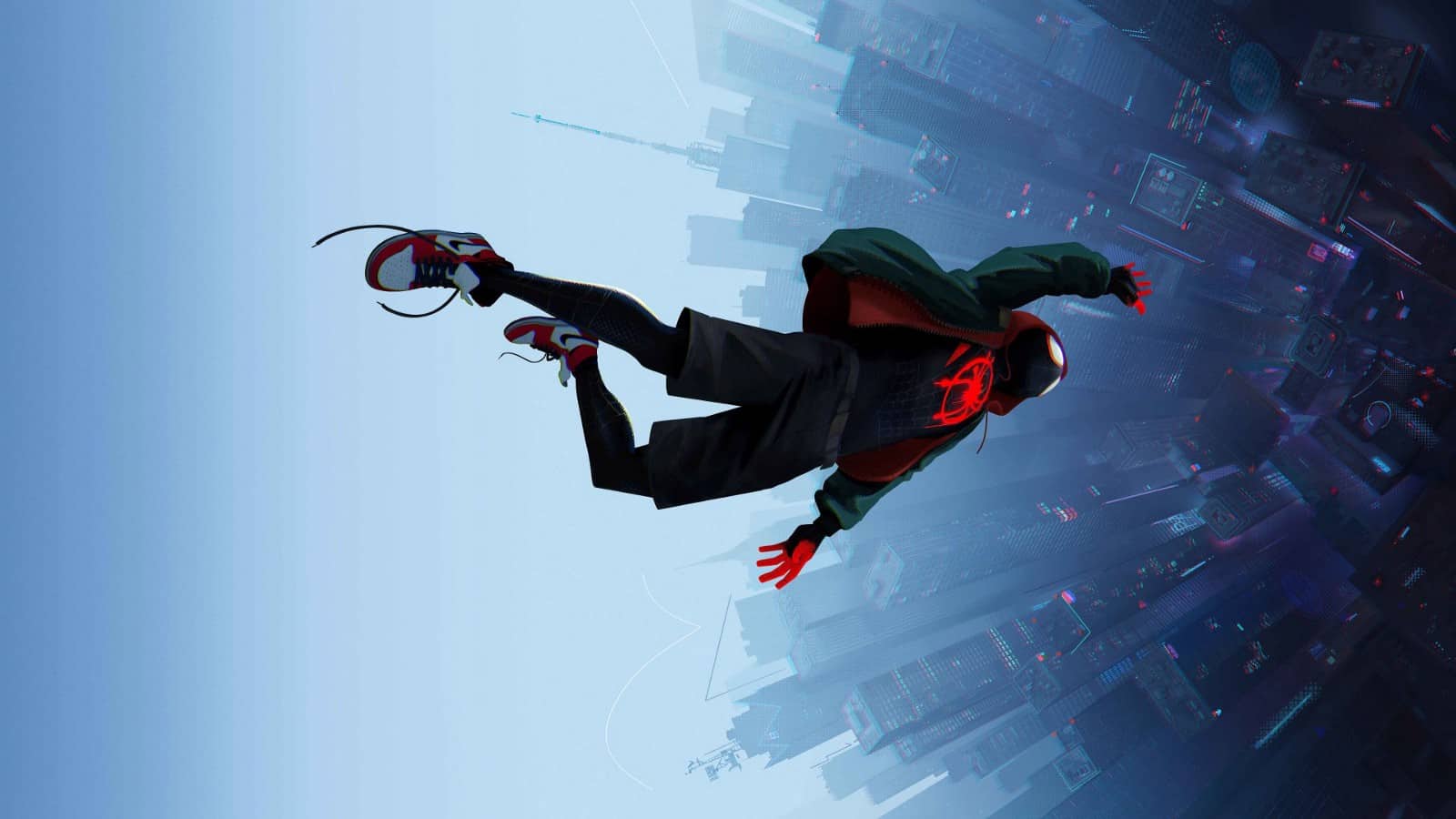 Much of the film revolves around Miles and his frustrations to become a real Spider-Man. This is developed through his relationship with Peter Parker. Yes, another Peter Parker who is now an older Spider-Man with much more experience. Miles struggles to become the Spider-Man he knows and he always doubts himself due to a traumatising event that sets fear in him. He has a big role to play and his powers are a little different from the traditional Spider-Man. He can vanish and go invisible and he can shock things. However, these power are not under his control and his journey to master them is what makes the film so great. It is just a great take on an origin story and some really refreshing to witness. 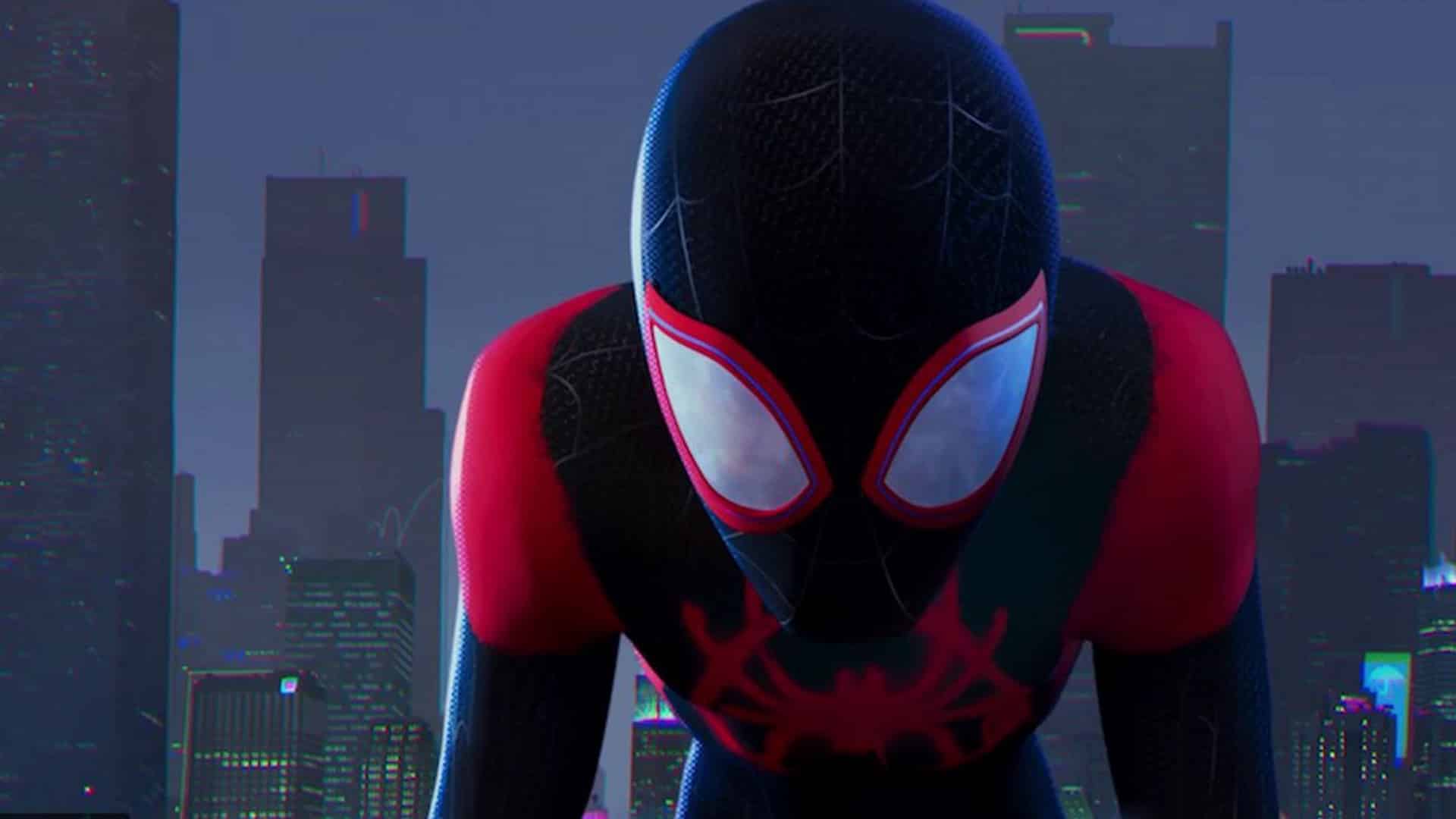 A big part of what makes the film such a pleasing experience is its visuals and it is hard to describe just how gorgeous it is. You can pause the film at any moment and it would be as if you were looking at a comic book strip. Add some text, put some blocks over it and you will have a comic book to read. The art style in the film is no doubt the next generation of comic book movies and its beauty has to be seen to believed. There was so much to take in and look at that you will have to watch this a few times to witness it all. The entire movie has a comic book overlay filter on it that makes it look like a piece of art and the animations come to life and every detail has been carefully crafted to bring the story and its setting to life. Even the different Spider-Man and Spider-Woman deliver a unique cartoony look that makes them look like they are really from a different dimension. Even Spider-Pig has a 2D style to his character.

It is like watching a comic book come to life and the small details like a “SMASH” and “POW” here and there add the small details that help immerse you in the film. Thought bubbles and text that pop up during jokes also make things even funnier and it just adds to the already-perfect art style. There is no doubt that the film delivers a one-of-a-kind look and I hope it is used for every Marvel animation in the future. 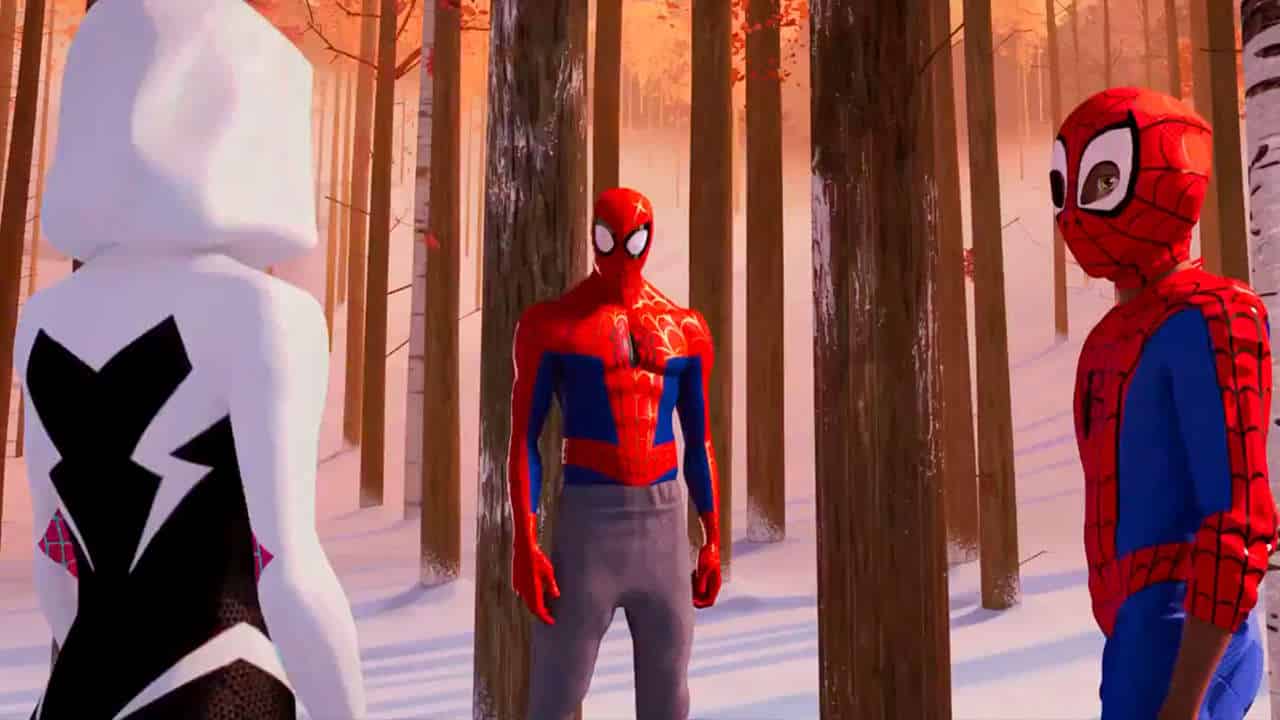 Spider-Man: Into the Spider-Verse is a masterpiece. From its modern soundtrack to its one-of-a-kind visuals to its gripping story and complex characters. There is so much right with it that it is hard to find the flaws. It is the future of comic book animations and there is nothing that could come close to it in today’s day and age. It is a film made for the fans by the fans and if you have ever wanted to experience Spider-Man(s) at his greatest then this is the film to do so.

Geek | Spider-Man: Into The Spider-Verse Review