While the title may sound strange, Spitlings is exactly what it sounds like – little creatures that spit. One day, the Spitlings were having a good old time and a giant ball of pink goo fell from the sky and drowned their condo/apartment building in gunk. As a result, a bunch of Spitlings are now trapped inside this multi-level building and need a helping hand to escape. The catch, the surviving Spitlings have to perform this task and it is not an easy one by any stretch of the imagination.

Spitlings is a hardcore platforming game. Much of its gameplay reminded me of the N+ series. I would enter a floor, complete challenging fights against bouncing balls of the purple gunk, save a Spitlings and move onto the next. However, the padding in Spitlings makes it well worth your time. Levels are completed by spitting well, your Spitlings’ spit at enemies. Hitting one breaks it apart often into two and then another two. The bigger the goop the more times you need to spit at it in order to kill it.

There is a catch though. Spitlings can only spit up and down and a certain number of times before running dry. Makes sense. Our saliva glands are not stocked infinitely either. This means I had to constantly juggle my “spitunition” to avoid getting caught off guard. It makes it harder, Spitlings cannot jump. Instead, they spit up and down to move around. Sure, they can move left and right but any sort of jump needs spit in order to perform. It also means you cannot jump if you have just spent all your spit firing at an enemy. Spitlings can then recharge the their spit but you have to stand still for a few seconds and it takes a while to start the recharge. This all results in a double-edged sword and it was not well into the game that I “mastered” this gameplay. I use the word “mastered” loosely here because it is a tough game and even with all the spit in the world, some levels are challenging. This is thanks to the brilliant level design that makes each stage just as infuriating as the last. Springs make objects jump around unpredictably, some levels include hidden spitballs that can be obtained by shooting blocks, and other levels pack some safe spit zones to hide away in. Just when I thought I had seen it all, a new floor welcomed a cool nifty new mechanic. 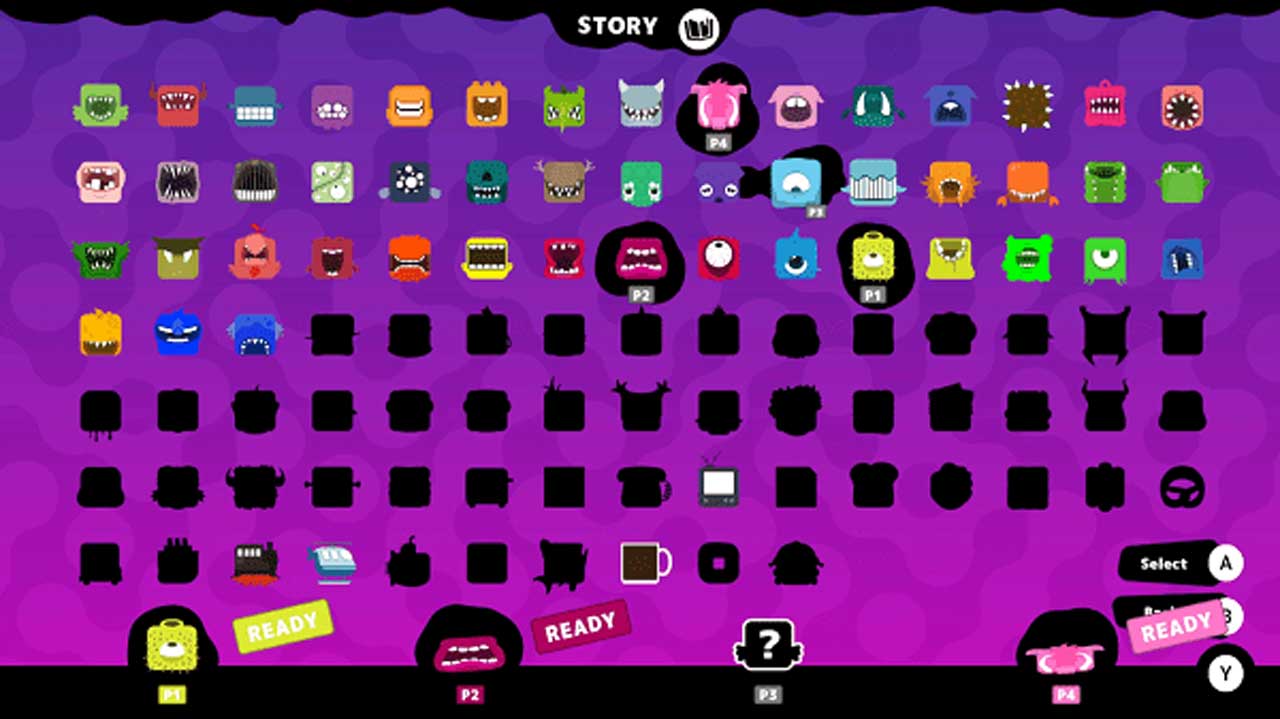 Progress in Spitlings is pretty simple. Each floor is made up of a handful of stages. Players need to kill all the goop and save fellow spit creature at the end of it. This unlocks it as a playable character. These different Spitlings don’t add any new mechanics to the game but offer a welcome change when switching to a new one. They kind of reminded me of JoJos from back in the day. Each character also includes some sort of white object on it to tell you how much spit you have left. The telephone, for example, loses a number each time you spit. Others lose teeth. It’s a cool visual representation of ammunition. 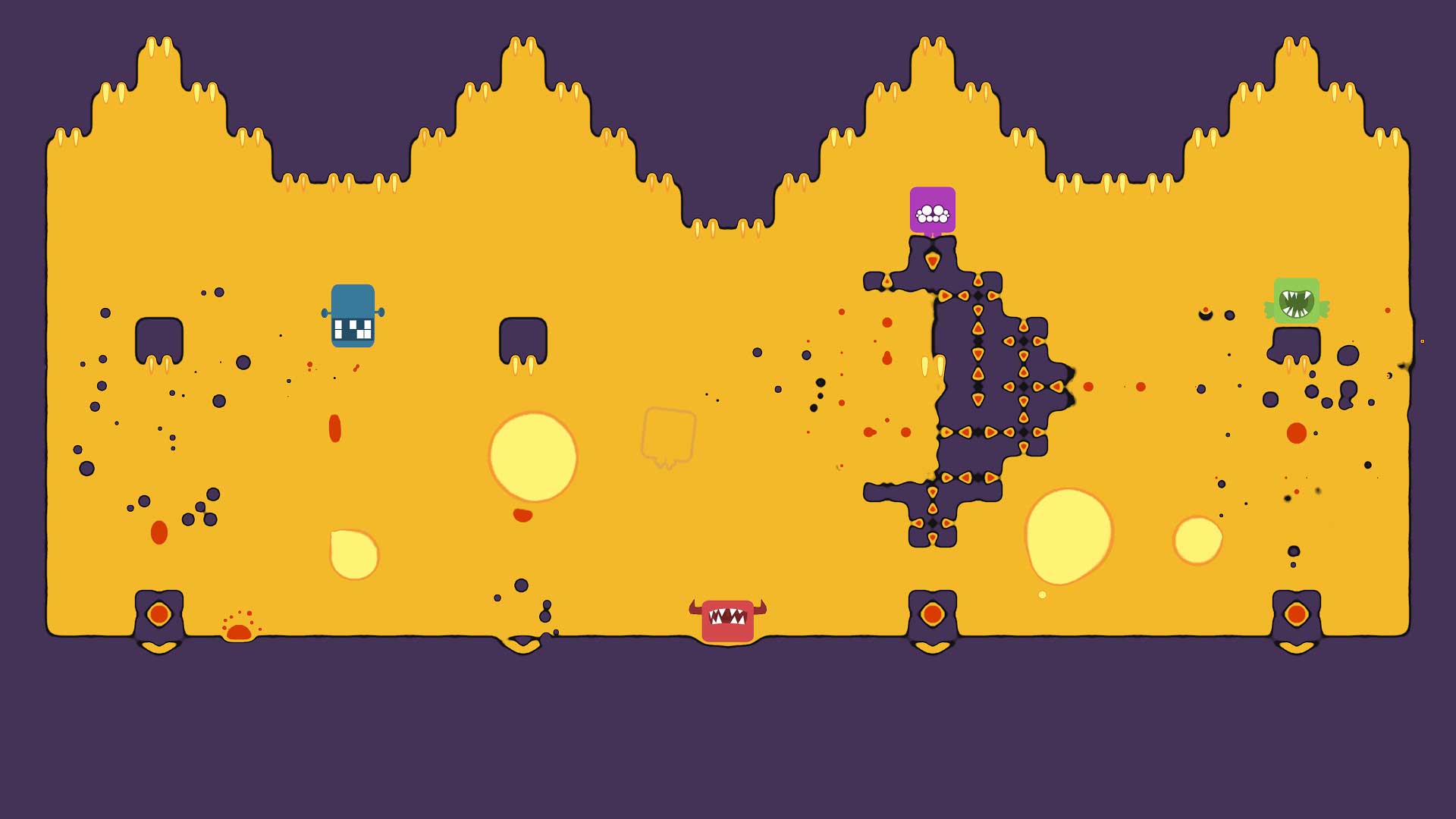 Of course, the game is tough. One small touch of a goop ball and you are dead. This means levels are small and bite-sized with time trials available if you want a tougher challenge. I found myself dying a hundred times in a minute (not really just felt like it) but then took things slowly and succeeded. It also does not help that each stage has an unpredictable outcome. Every ball of goop and spit flying around will move differently the next time you restart the level. This all depends on which blocks you break and how the momentum of the balls carry them. You cannot master the stages. Instead, you just fire your spit and hope for the best.

Spitlings is fun and sometimes frustrating. There’s a lot to unlock here with over 70 characters, multiple time trials and the ability to play the game in co-op too. There’s also a level editor coming out soon after launch. The game got tougher the mode I got into it and often I just skipped the optional time trials in favour of the next floor of levels. The game looks great with bright and colourful levels filling your screen. As for the gameplay, there’s no other game out there where you move around by spitting and it works.