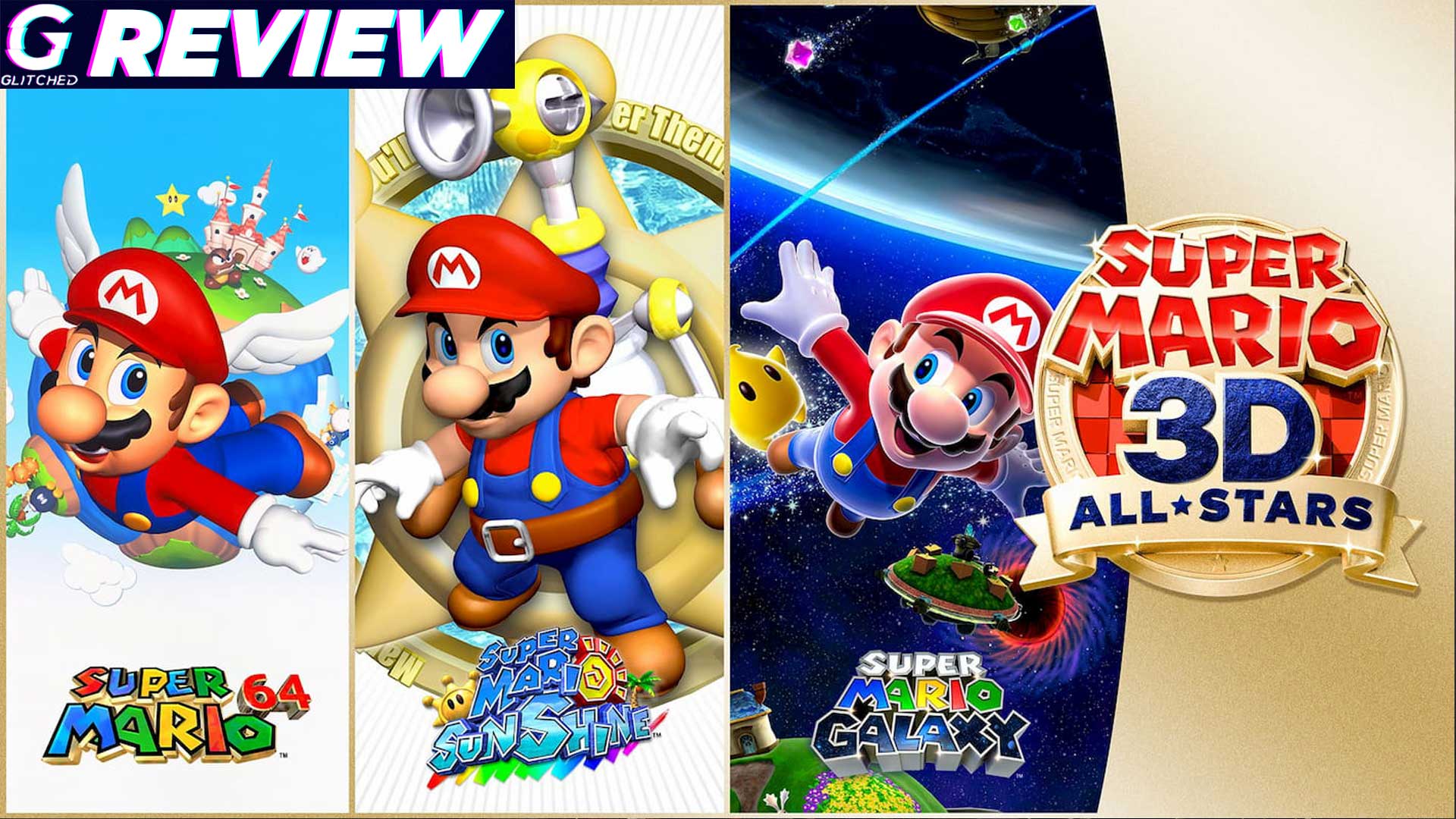 Super Mario 3D All-Stars marks a celebratory moment for the Super Mario 3D series. The first game, Super Mario 64 released back in 1996 and this year marks the 35th anniversary of the “Mario” franchise. So what is the big deal about two prehistoric games and one semi-old port? Well, Nintendo is clearly trying to capture the magic of nostalgia here by including three Super Mario 3D games in one package.

We have Super Mario 64, Sunshine, and Galaxy. At first, I saw this package as an opportunity to experience three so-called “amazing” Super Mario 3D games. However, in the end, I just played Super Mario Galaxy a bunch and totally forgot about the other two. You see, both Super Mario 64 and Sunshine are hard to play after experiencing Galaxy. Controls are stiff, visuals are just horrendous and the overall gameplay lacks any real excitement. 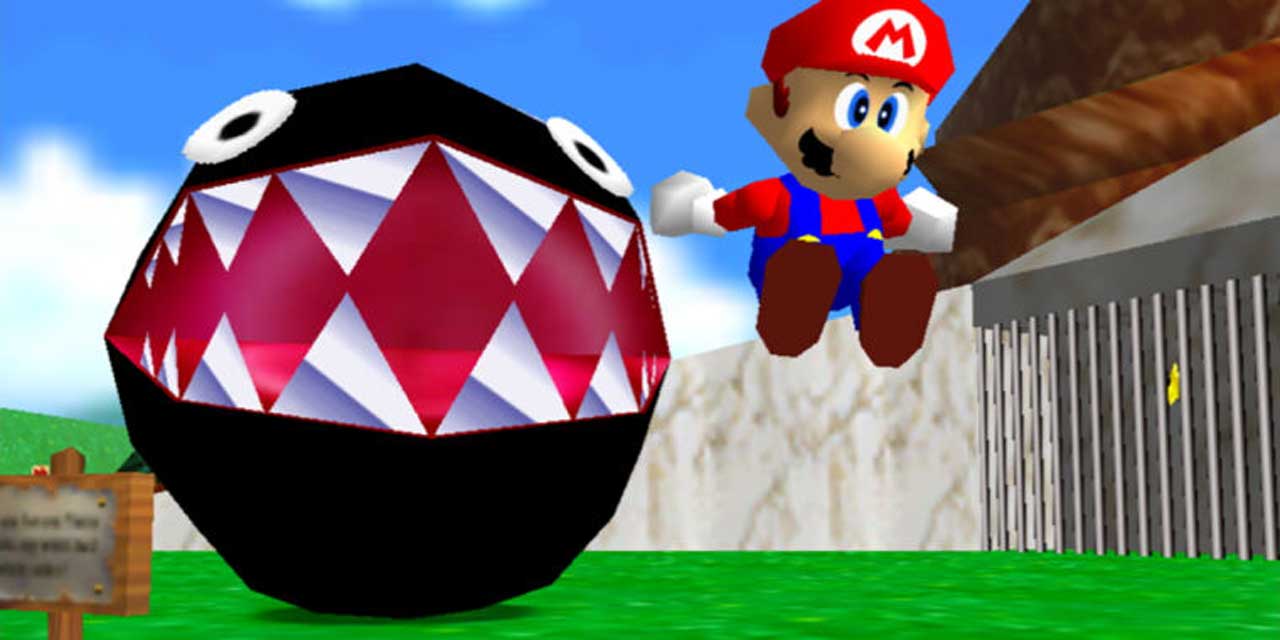 While the games were great back in the day, they have clearly aged quite a bit. There’s no doubt in my mind that hardcore fans will love them and find every star possible but after spending six hours on each game, it proved to be quite a challenge.

Each game in the Super Mario 3D All-Stars package revolves around the same idea. Mario runs around in levels collecting stars and returns to the same level a few times to collect a star in a different place. Get enough stars and you move through the game. Super Mario 64, while being a little rough around the edges gave birth to this formula and still holds up in its attempt to be one of the first-ever 3D platformers around. The game is full of puzzles, bosses, clumsy gameplay and all the checkboxes you’ll expect from a Mario game. 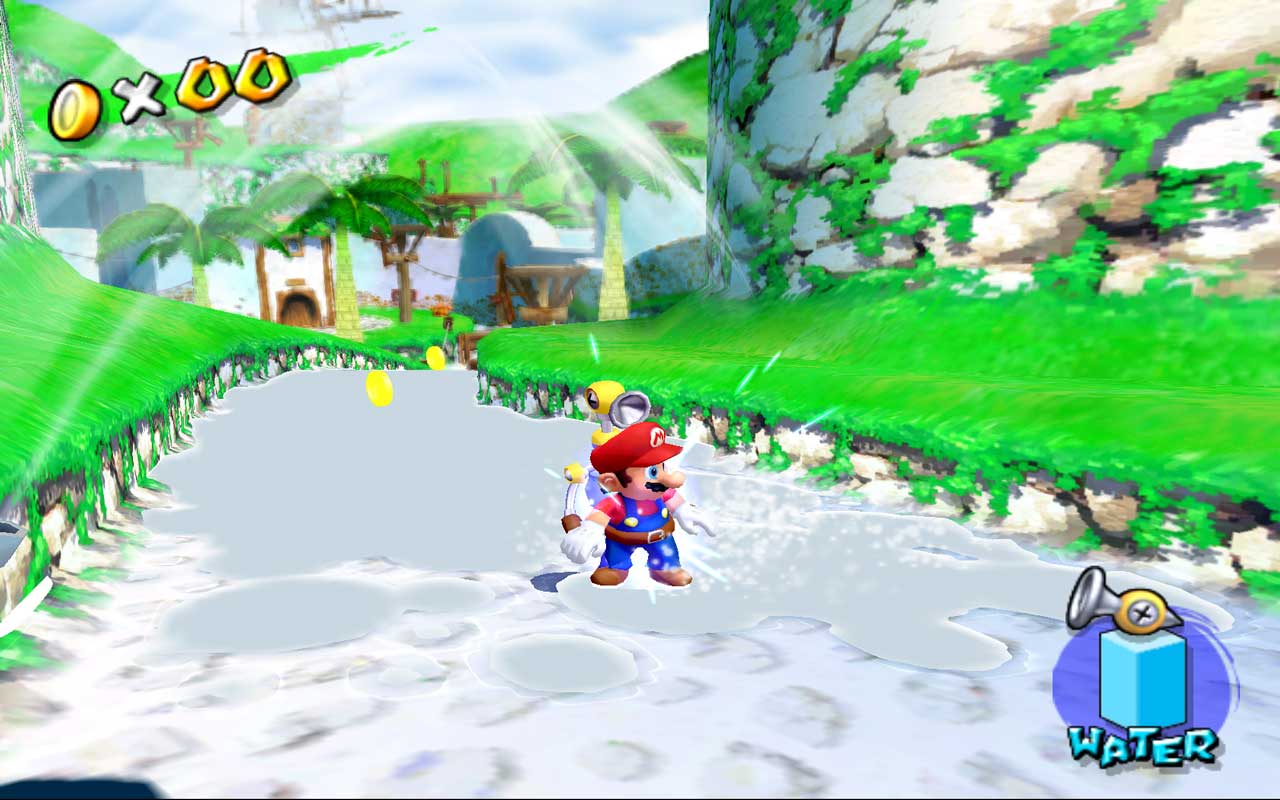 The classic pick-ups also return. The Wing Cap makes Mario fly, the Metal Cap makes him immune to damage and he can disappear with the Vanish Cap. Of course, the game is old so don’t expect any groundbreaking changes here. It is literally an emulated Nintendo 64 game playing on the Switch and using the Switch controllers. With that said, it works and while the overall gameplay can be clumsy at times, especially with movement, you’re getting a classic game here that oozes nostalgia.

The music is great, and the higher resolution gives things a little boost. However, it still looks dated even with the sharper 3D models. Worlds are empty, textures are dated, 3D models are blocky and stiff and not to mention the little sound effects are distorted. If this is your kind of game then you are going to have a great time here. I just kept going back to Super Mario Galaxy as it is the only game in this collection that looks like a remaster. 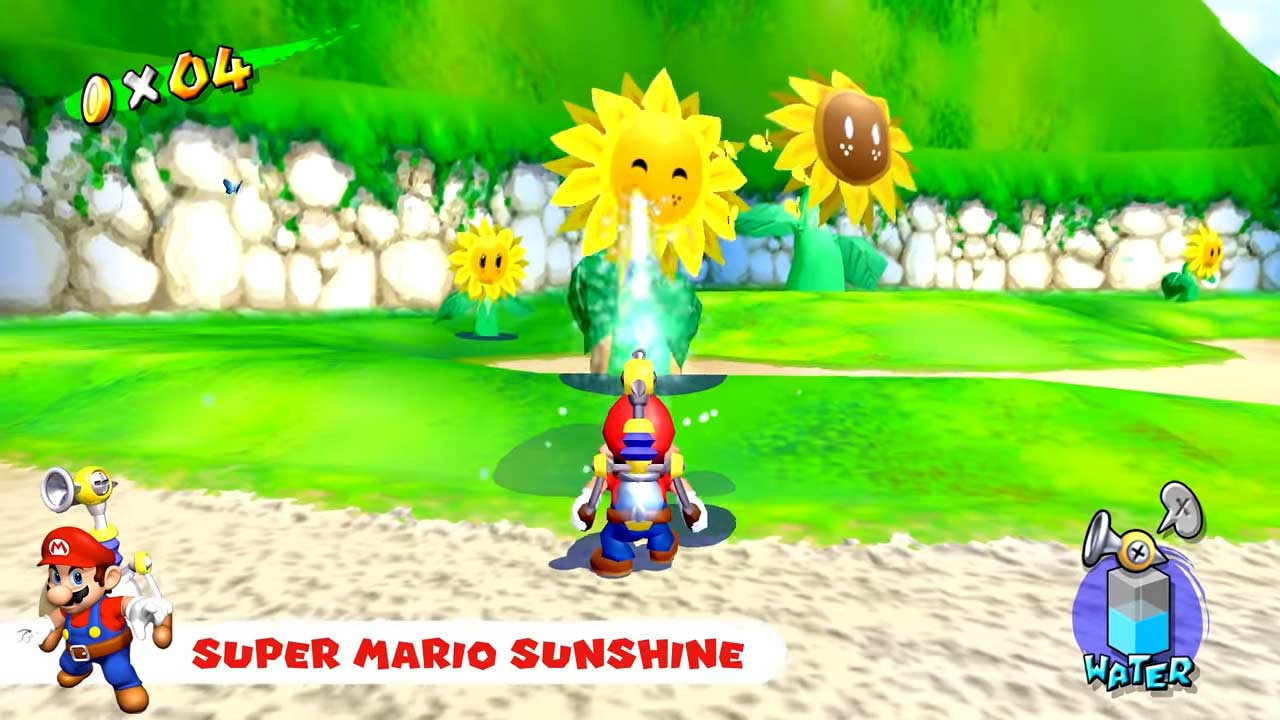 When it comes to Super Mario Sunshine, the game looks a little better. This 3D adventure released on the Gamecube, one of the only consoles I never owned so I had never played it before. I have seen that weird water squirting machine thingy before in Super Smash Bros so it was nice to get acquainted. Super Mario Sunshine is quite “out there” when it comes to its story. It takes place on an island called Isle Delfino where Mario, Peach and some Toads have gone on holiday. A Mario-looking shadow figure called “Shadow Mario” is causing problems around the island by painting it all with graffiti. Mario gets accused of this mess and is forced to clean it up.

Using this squirty device called the Flash Liquidizer Ultra Dousing Device (F.L.U.D.D.), Mario sets off to clean the island and save the once-again kidnapped Princess Peach. Super Mario Sunshine feels quite different from other entries in the 3D series. This is mainly due to the addition of FLUDD. Much of the game relies on Mario using the device to squirt away paint to reveal items, fight enemies and even traverse the environment. Mario constantly needs to refill the tank of water which adds a risk and reward system to the game. However, while the gameplay takes a different combat approach, it relies on the same “star collection” mechanic but this time with Shine Sprites. This means Mario returns to the same area over and over again to collect them all. 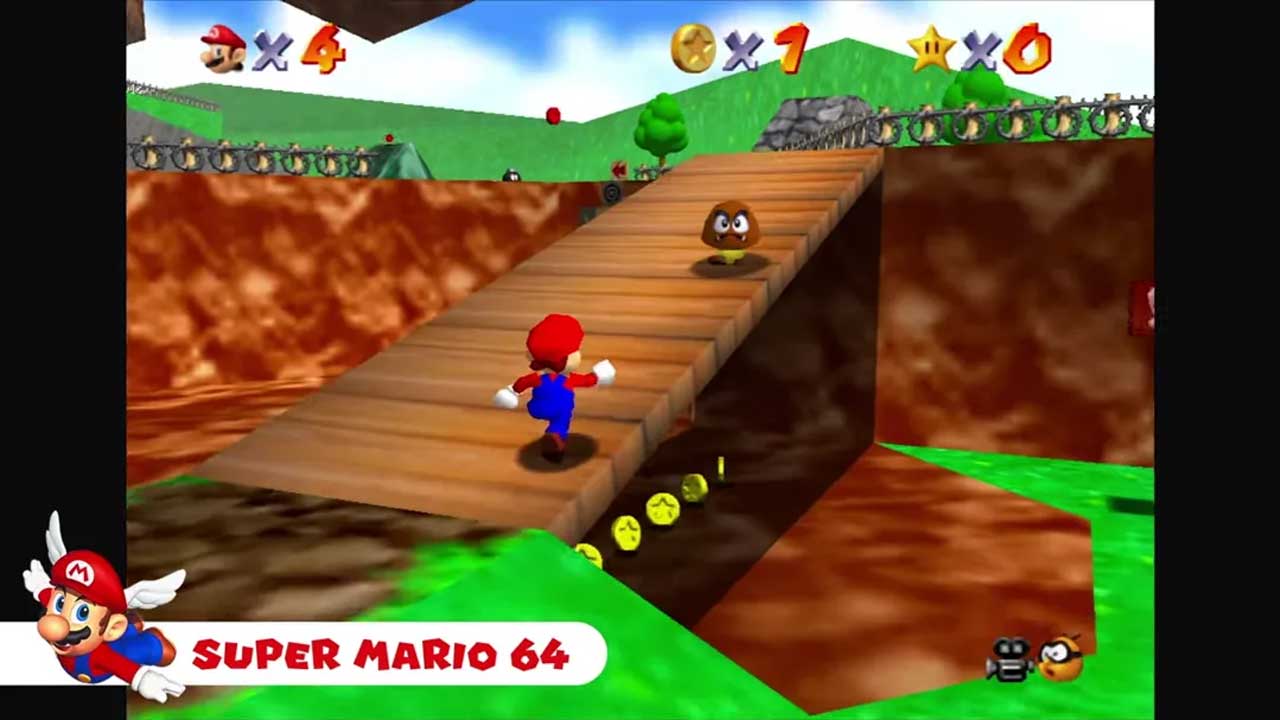 We then have Super Mario Galaxy. Sure, I am a little peeved that the better game in the series, Galaxy 2, was left out of this collection. However, Super Mario Galaxy is still one of my top 5 all-time favourite games. Needless to say, I loved every moment of it and it is truly the only game in this collection worth your time. Everything about it has been improved on. The controls are easier to use, the pointer is gimmick-free, Mario’s spin is flawless and running around the galaxy leaping off platforms never felt better.

Of course, Super Mario Galaxy seems to be the most visually-refined game in the collection here and it looks superb. The HD visuals are a welcome addition to a game that was once 480p on the Nintendo Wii. This also means textures are sharper, 3D models are fantastic and the overall visuals look as if the game was developed for current-gen hardware. Sure, all three games here are clearly emulated. However, Super Mario Galaxy is no doubt the best across the board. 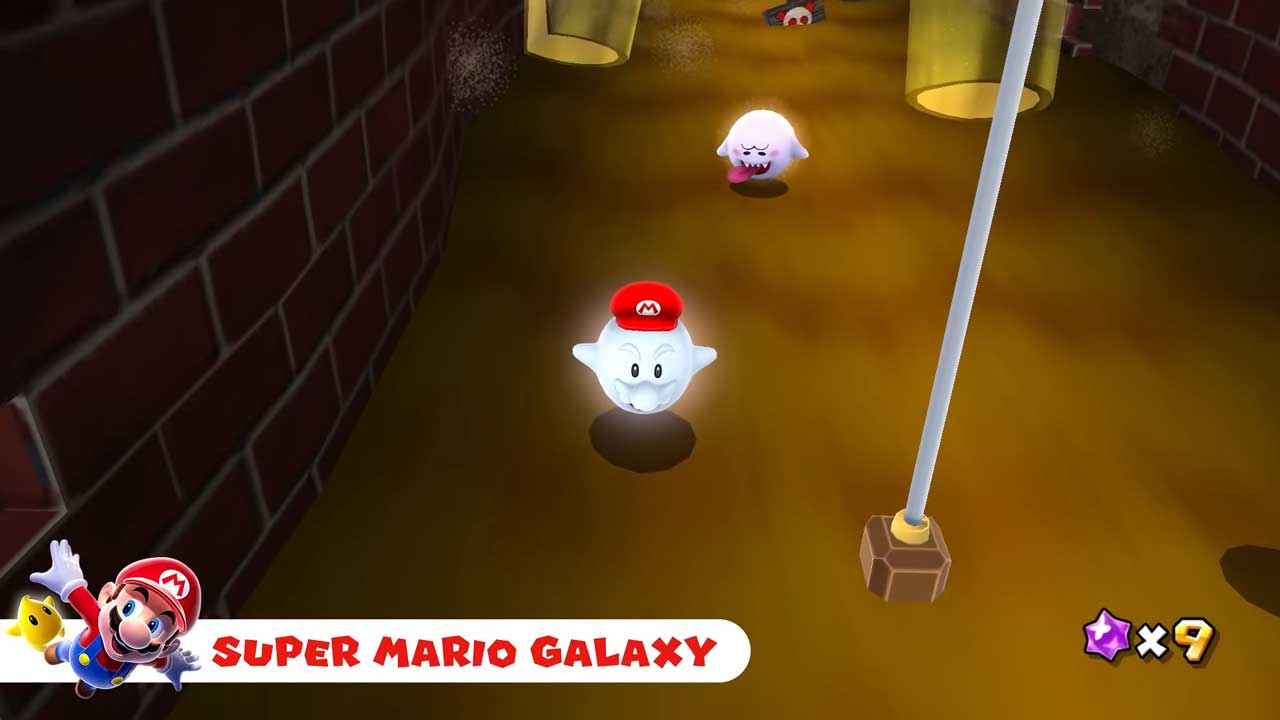 After playing Galaxy it was tough to go back down the list. Everything about it feels and looks so great that it overshadows the other two. Jumping into Galaxy without finishing 64 was the worst thing I could have done. I just can’t go back. Even Sunshine feels dated. That is just me though. I am sure millions of hardcore fans will relish in the idea of playing Mario 64 again in a higher resolution. I am just not one of them.

Apart from the three games, Super Mario 3D All-Stars include a music player too. This is presented in at the menu screen before you click on the game you want to play. Each soundtrack includes every song ever released for each said game and makes for a great listening experience. There’s also a feature that lets you turn off the Switch’s display and continue listening to the music. I just wish it was presented in a better way. The collection’s menus are dated and just lack creativity. Definitely not the “Nintendo Stamp of Approval” level here. 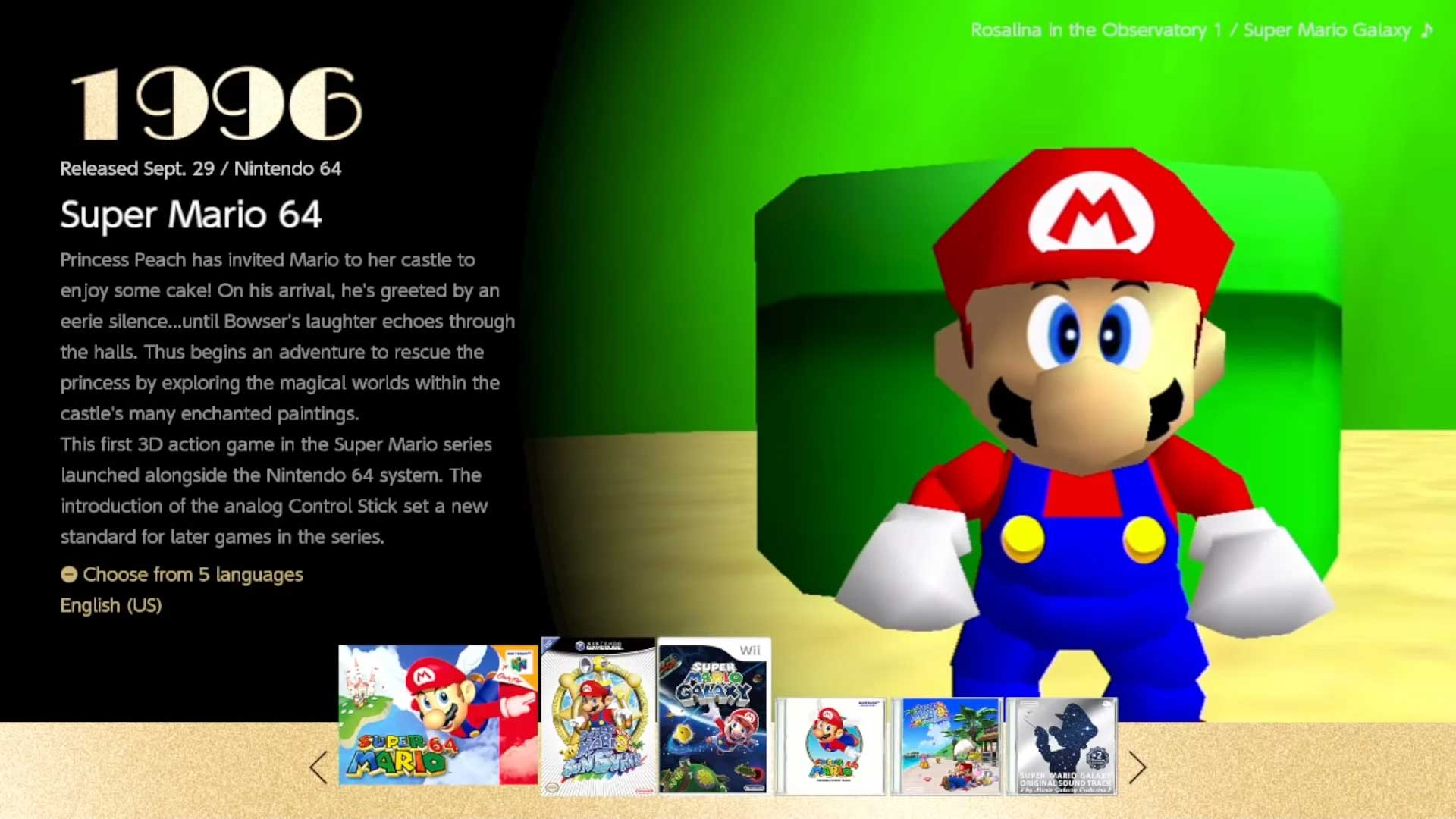 So is Super Mario 3D All-Stars worth the R1100 price tag? That is a tough question. I would only buy this game for Super Mario Galaxy so it is a steep asking price. Hardcore fans will enjoy all three “emulated” games. However, you don’t really know how dated your nostalgic experience is until you play it. I was excited to dive into all three until I played them and realized some things are better left in the past. If this was a Galaxy and Galaxy 2 collection it could have been one of the best Nintendo Switch games released this year but alas, we got two dated games and one superb platformer.