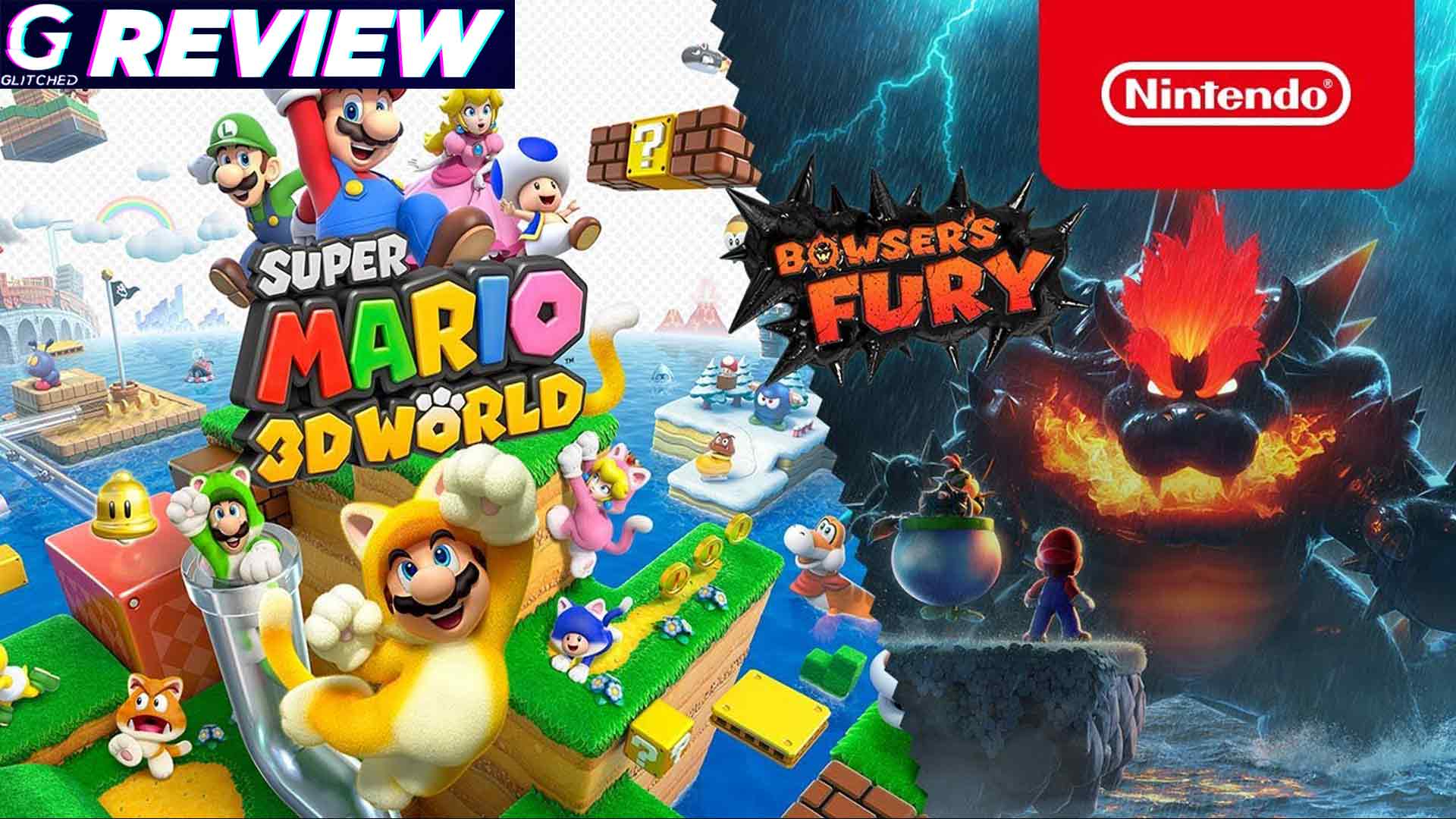 If you have not guessed it by the header image above this text, Super Mario 3D World + Bowser’s Fury offers two games in one package. For starters, users get the play one of the best Super Mario 3D games they probably have never played before, 3D World. In addition, Bowser’s Fury is an expansion that was built from the ground up as part of the collection. Together, you get two rather fantastic games.

Super Mario 3D World is a phenomenal game that is true to Nintendo’s award-winning level design. It includes dozens of main stages to complete as well as loads of super-challenging levels in the late-game. Anyone who owned a Wii U, or never got around to owning one, will find comfort here knowing that Super Mario 3D World delivers the best of the best when it comes to 3D Mario games.

Then there’s Bowser’s Fury which acts as an expansion to the main game. Unlike Super Mario 3D World, Bowser’s Fury features an open-world-like experience where Mario travels across islands in order to collect Cat Shines in order to help defeat Bowser. Nintendo has made it pretty clear that the story contents of the game cannot be shared to avoid spoilers. However, I can tell you that Bowser is angry and is now in full rage mode. This plays a major role in the game’s pace which I will get to in a bit.

First off, we need to discuss the changes to Super Mario 3D World as the game is really the meat of the package here. While most of the game remains untouched from a content point of view, Nintendo has added some nice tweaks and changes to the experience. For starters, players can now connect the game online and play with up to three friends instead of being limited to the couch co-op gameplay. 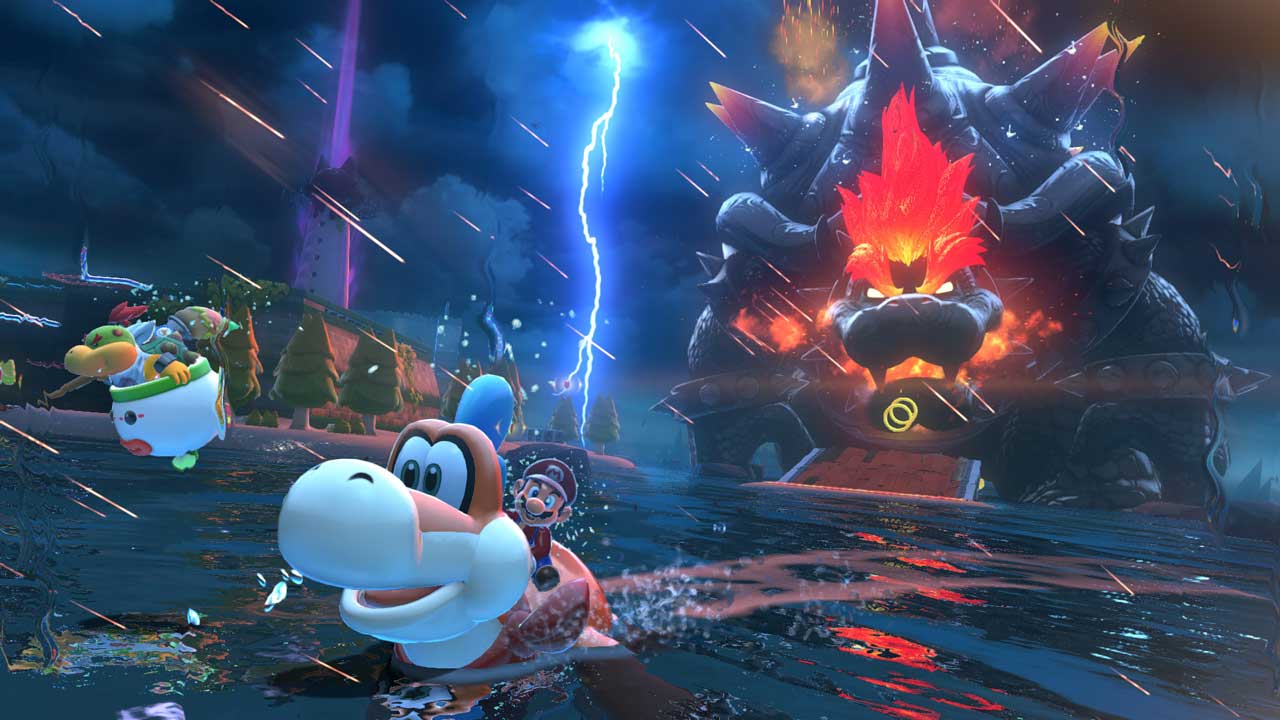 While I was unable to test the online mode during the review, the couch co-op gameplay remains just as chaotic as ever before. Having three players running and jumping around is a pure joy while at the same time, the overall clumsiness that comes with more people makes it feel like a completely different game.

Super Mario 3D World has also seen some tweaks to the actual gameplay. Due to the lack of a Wii U GamePad, Nintendo has been forced to change up some mechanics which include tapping platforms to make them appear, swiping the screen and blowing into the microphone. Now, everything is done with an in-game cursor which is controlled by the gyroscope. It is nice to use and feels natural but when the challenging levels come around where you need to literally run for your life while focusing on activating platforms at the same time, it can get a bit cumbersome. Thankfully, these moments are far and few between and the new changes feel great. 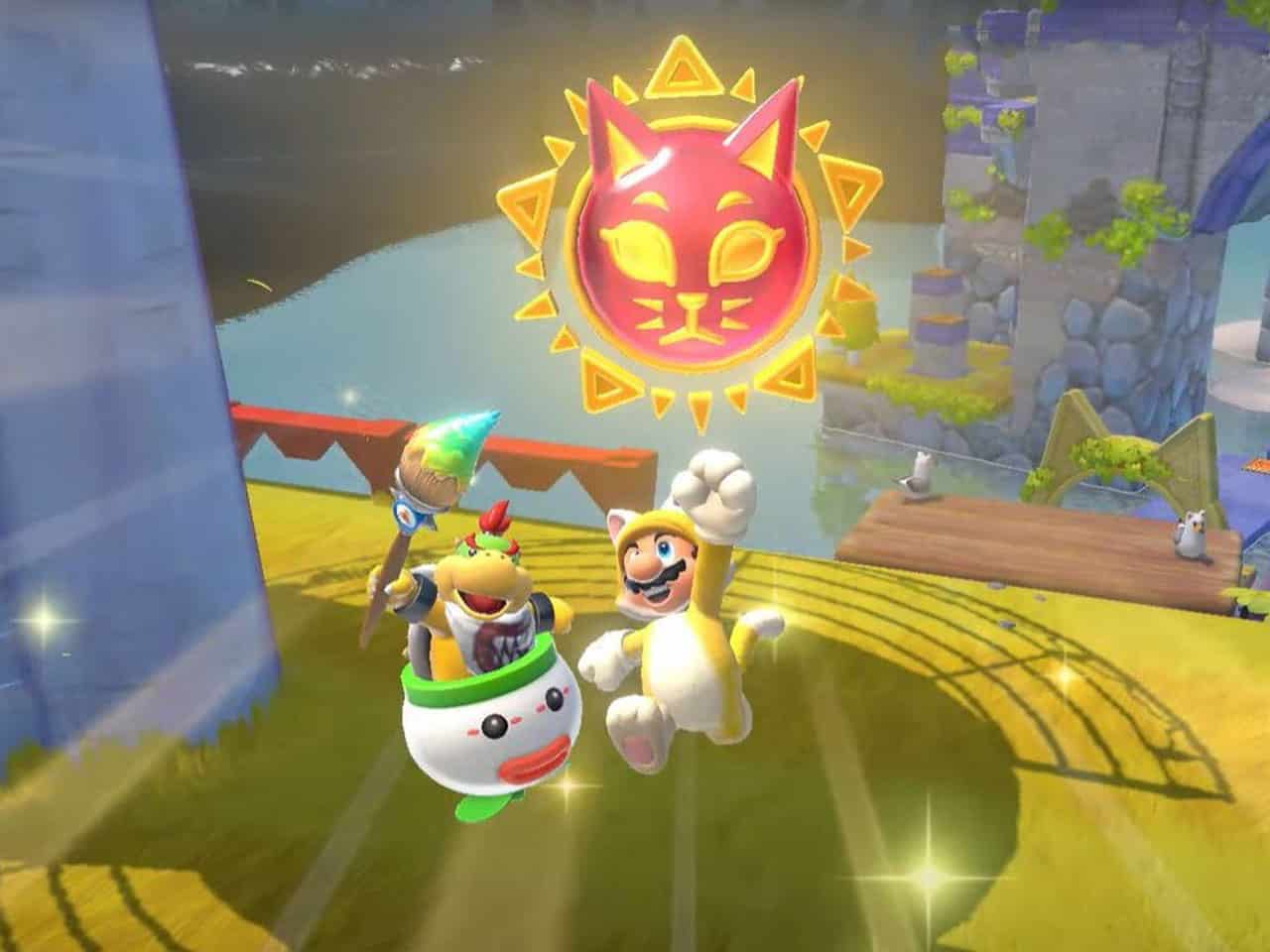 Nintendo has also given the characters a boost in speed. This means the game, in general, is a lot faster than before. Mario can sprint faster and even climb up walls faster using the Super Bell power-up. It makes a huge difference to flow of the game. I did not realize how slow Mario and the gang was until I played the Switch version and immediately noticed the speed boost. It helps by not only giving the game a much-needed steroid boost but also comes in handy in almost every single level.

Other than the changes listed above, Super Mario 3D World remains the masterpiece it was back on the Wii U but now without the hardware gimmicks. Mario is still the well-balanced one, Luigi can still jump higher, Princess Peach can still float and Toad has the fastest running speed in the game. All of these various strengths come into play quite often especially when the later challenging levels arrive and you are forced to master a new character. It truly does bring back memories of the Wii U days… 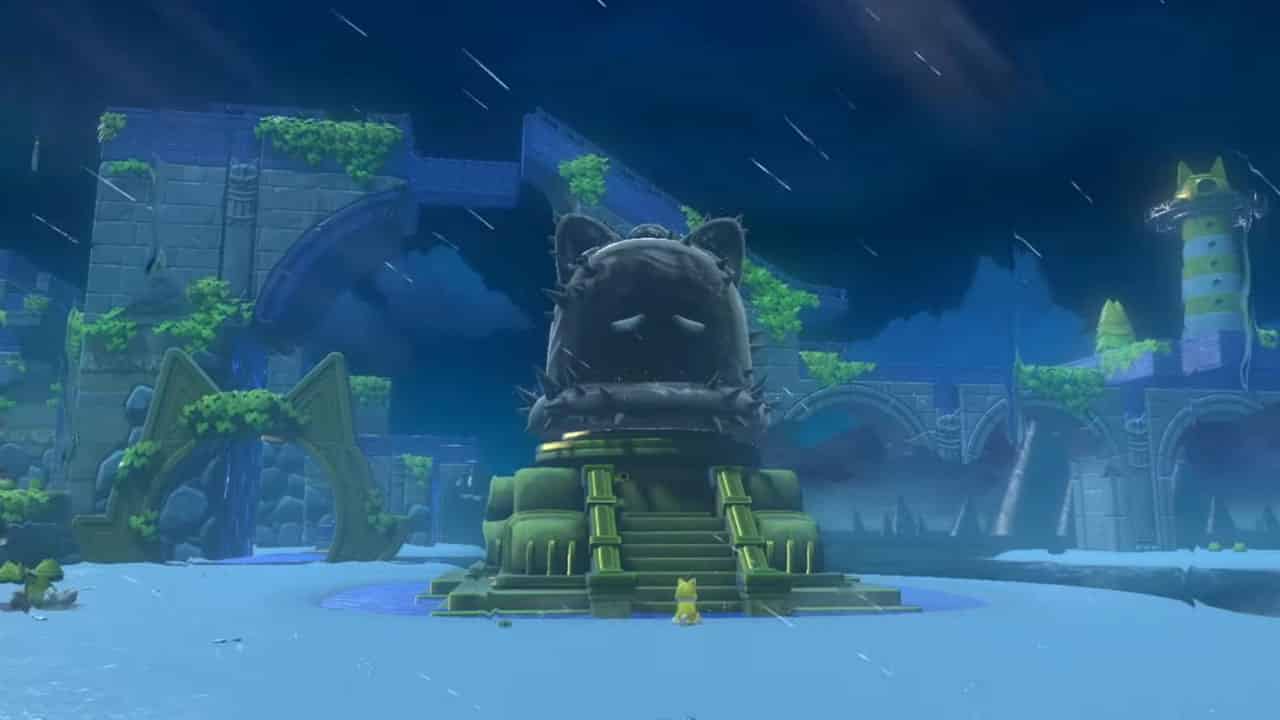 Most of you are going to buy Super Mario 3D World + Bowser’s Fury just for the expansion and play the life out of it before jumping into 3D World. I don’t blame you and you should do just that. You see, Bowser’s Fury is excellent and once again, Nintendo proved they are capable of creating a whole new experience in an existing franchise.

Bowser’s Fury starts off on Lake Lapcat where Mario bumps into Bowser Jr and team up to try and turn Bowser back into the not-so-angry-but-still-sorta-angry guy he was before. Fury Bowser is now a towering black ball of rage and acts as not only the centrepiece in the lake but his fits of rage play a key role in the game’s mechanics. Instead of going from level to level as most Mario games do, Bowser’s Fury lets Mario explore Lake Lapcat and its various islands as you wish. 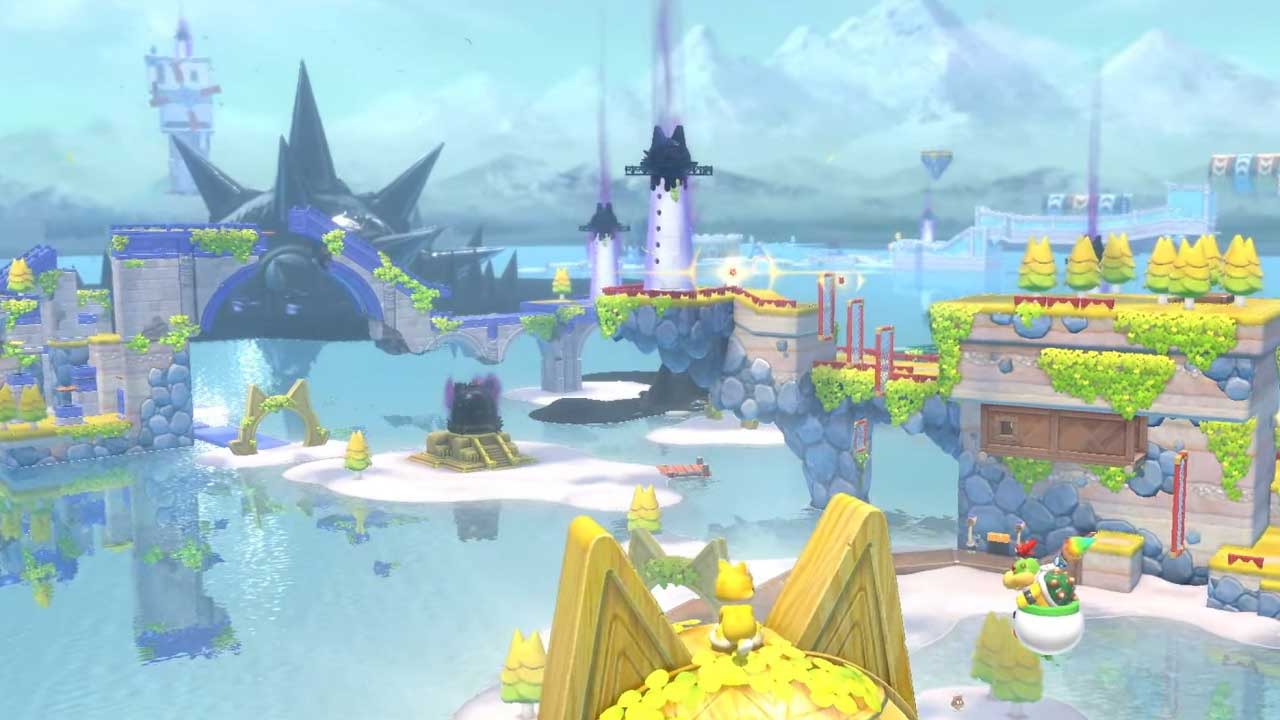 Each island includes a handful of challenges to complete as you progress the game. Each of which rewards the player with Cat Shines. If you have not guessed yet, Lake Lapcat is very cat-orientated. Every single thing is a cat. The flowers are cats, the Goombas are cats, the dolphins are cats. Even the damn seagulls have cat ears. One has to appreciate the attention to detail here as exploring each island not only delivered some fantastic platforming gameplay but loads of hidden things to see along the way too.

Basically, Fury Bowser is angry and as Mario explores each island, the enraged tortoise will start to spin and awaken after a certain amount of time. When he does, the entire gameplay flow changes. The islands turn dark, platforms appear and fireballs begin to fall from the sky. Not to mention that happy animals turn into dark creatures and everything tries to kill Mario. Fury Bowser is the biggest threat too as his powerful fire beam shoots across the island and I was forced to seek safety by finding a shadow which indicated the beam would not hit me. 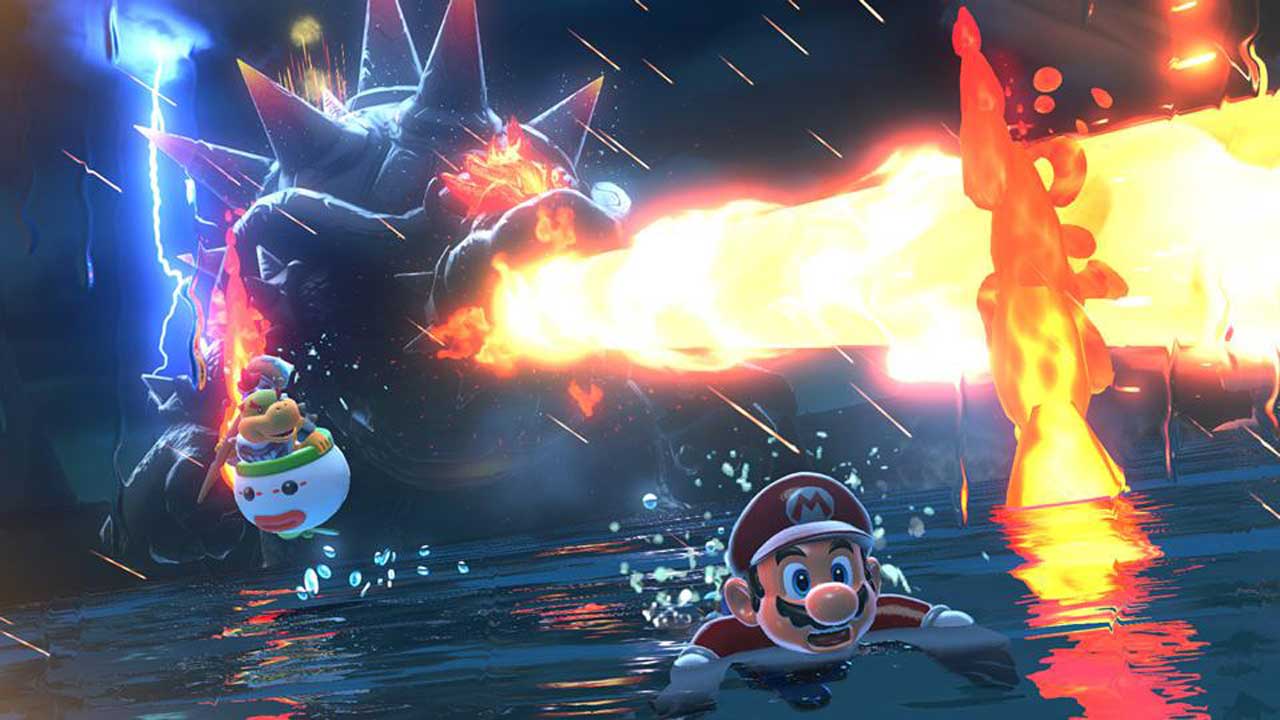 Fury Bowser can then be calmed by picking up Cat Shines that blind him and scare him away. There are also opportunities to fight Fury Bowser by activating a Cat Bell which turns Mario into some cool-looking Dragon Ball Z-like cat.

With all that in mind, exploring each island is so much fun in Bowser’s Fury. Nintendo crafted each one to play out like a level in 3D World but with an open-hub like approach. There are hidden nooks to search for power-up items and Cat Shines and every island is layered in different challenges which can be completed by returning to the cat walkway at the start of the area. This means there’s a large emphasis put on exploration. Sometimes I had to use Bowser Jr to reveal items, and often I had to user Fury Bowser’s fire beam to break bricks to reveal more a Cat Shine. 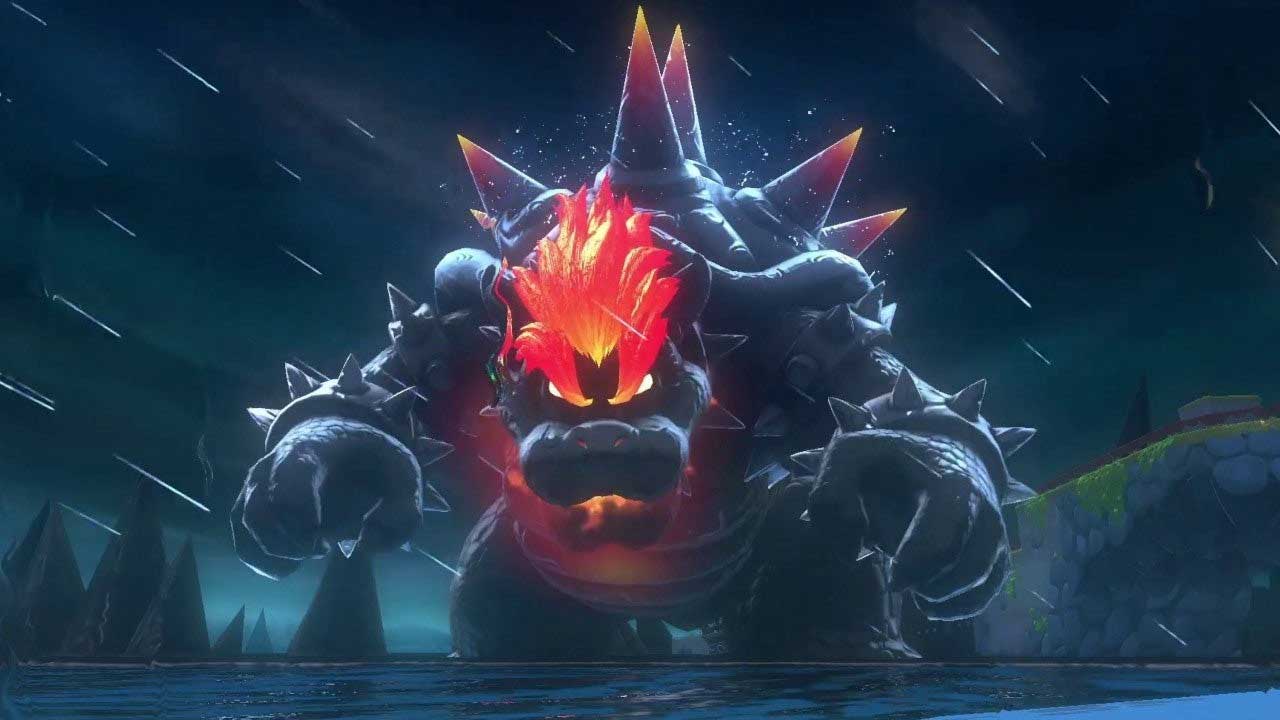 From collecting 5 mini cat medals to defeating a set amount of enemies. Each island cleverly added new things to do which always kept me coming back even once I moved onto the next one. I wanted to max out each island and turn on the lighthouse. I needed to collect every Cat Shine available at the location. Fury Bowser is also relentless in his pursuit to take Mario down. His massive floating shell in the distance is extremely intimidating. I often stood there and watched the tiny birds flying around the spikes. His spin then gains momentum and he leaps into the air ready to destroy everything.

This is when the gameplay changes so drastically. There’s this constant rush to find safety, a Cat Shine or just avoid him until he goes away. Often, he would appear at the worst time while I was climbing a towering fortress. This resulted in a rat race to the top while dodging his beams, the enemies and falling to my death. It is unlike anything Mario I have ever experienced before. 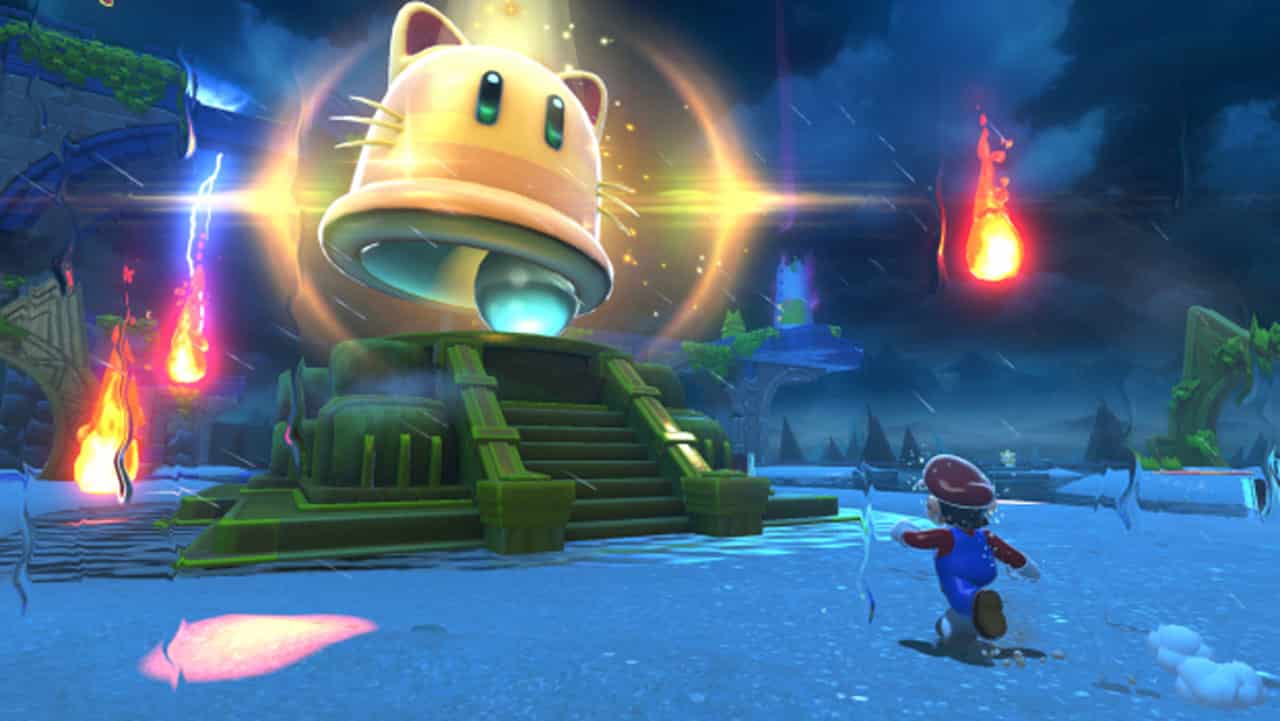 As a package, Super Mario 3D World + Bowser’s Fury includes one of the best 3D Mario games you can play. The addition of Bowser’s Fury means you are now getting a refreshing new Mario game that feels unlike anything in the series’ past. It is not the longest game ever made but the time spent exploring the islands and hiding away from Bowser makes it totally worth it.

This Super Mario 3D World + Bowser’s Fury review was based on a code sent to us by Nintendo.