The original Super Mario Maker was a jewel on the Nintendo Wii U but it had a lot of problems of which Super Mario Maker 2 has set out to fix. In some ways, the game feels like an entirely new experience and in others, a huge improvement across the board.

Super Mario Maker 2 is divided into a handful of modes that all deliver the game’s core feature – custom Super Mario stages in some way, shape or form. We have the Story Mode which is a masterpiece in game design. The main objective sees you rebuild the Mario kingdom castles which have been destroyed. You take on “jobs” which are bite-sized stages built just for the game using the game’s fantastic building system. 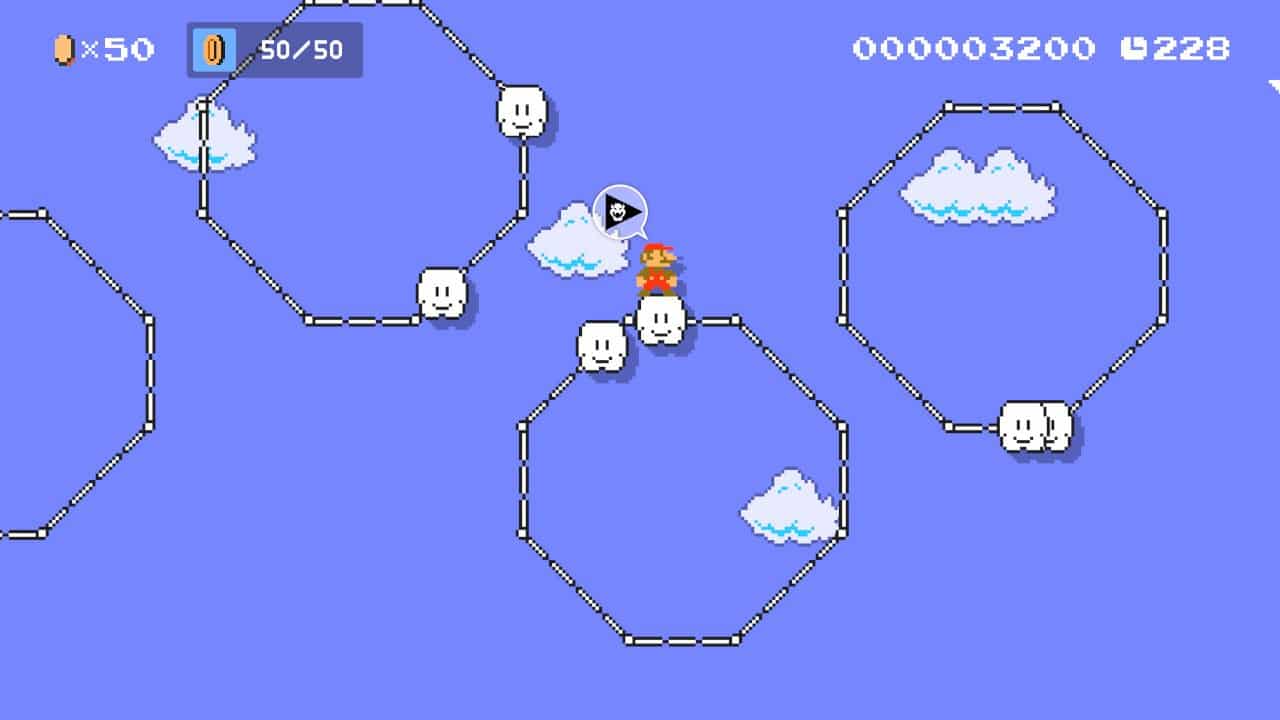 The magic here is Mario’s great level design, seen in countless other games, comes to Super Mario Maker 2 in new and refreshing ways. The close-to-100 levels all deliver some crazy platforming moments be it flying through a lava cave in a Flotilla like an R-Type game, shooting blocks and waves of flying Goombas or speeding through a timed stage within 10 seconds while making every jump perfectly to avoid your doom. 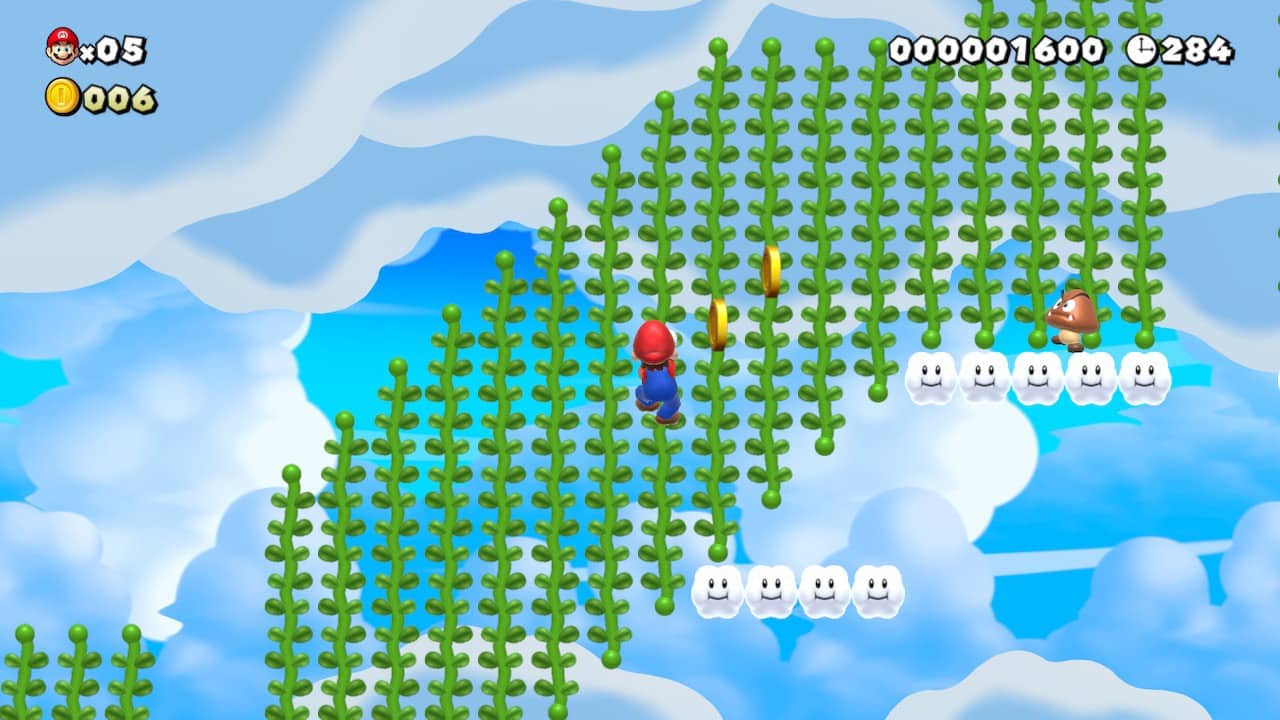 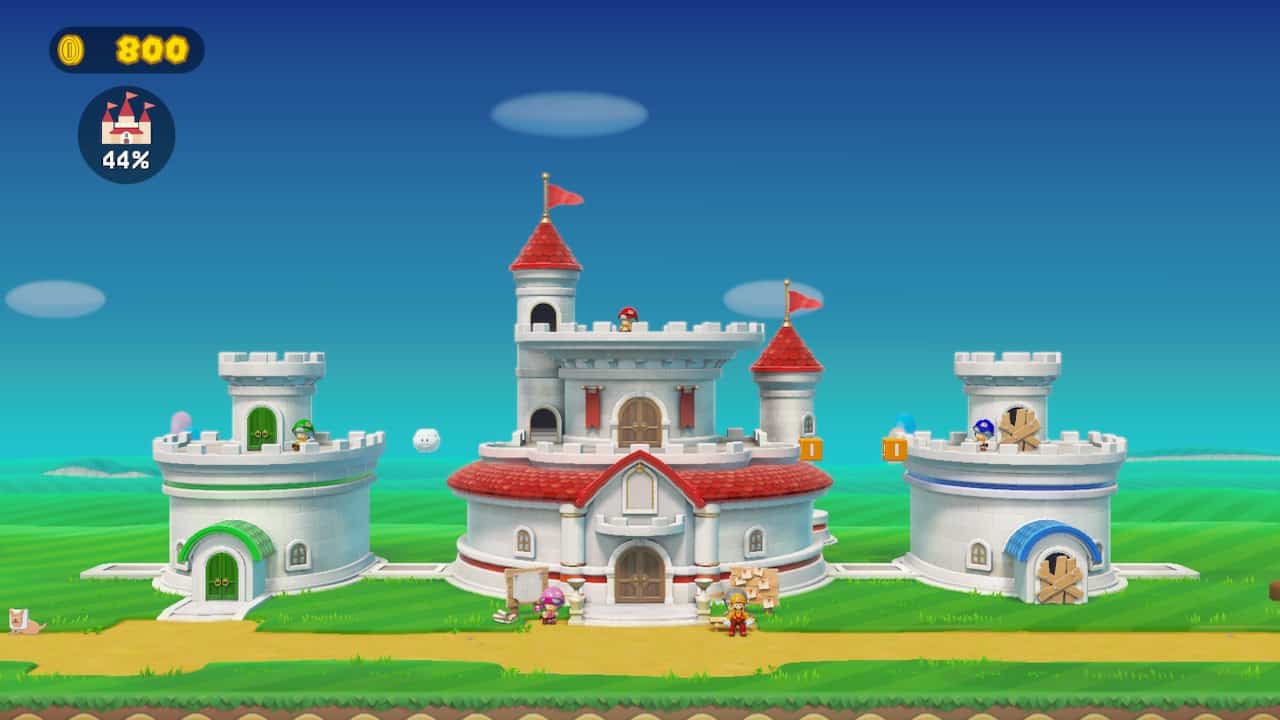 With the themes being so diverse, you never know what stage you are going into, what soundtrack you will hum to and what controller scheme you need to prepare for. This sense of discovery kept me going even during the toughest of stages, mainly all Boo related.

It was also great seeing Super Mario 3D World come to life in a 2D platforming way. The soundtrack is superb and the items available like the Cat Mario Suit and Cat Bowser are all given a fresh spin now that the game is 2D. You can still climb up walls and trees and claw enemies. All these mechanics have been refreshingly-implemented into the game 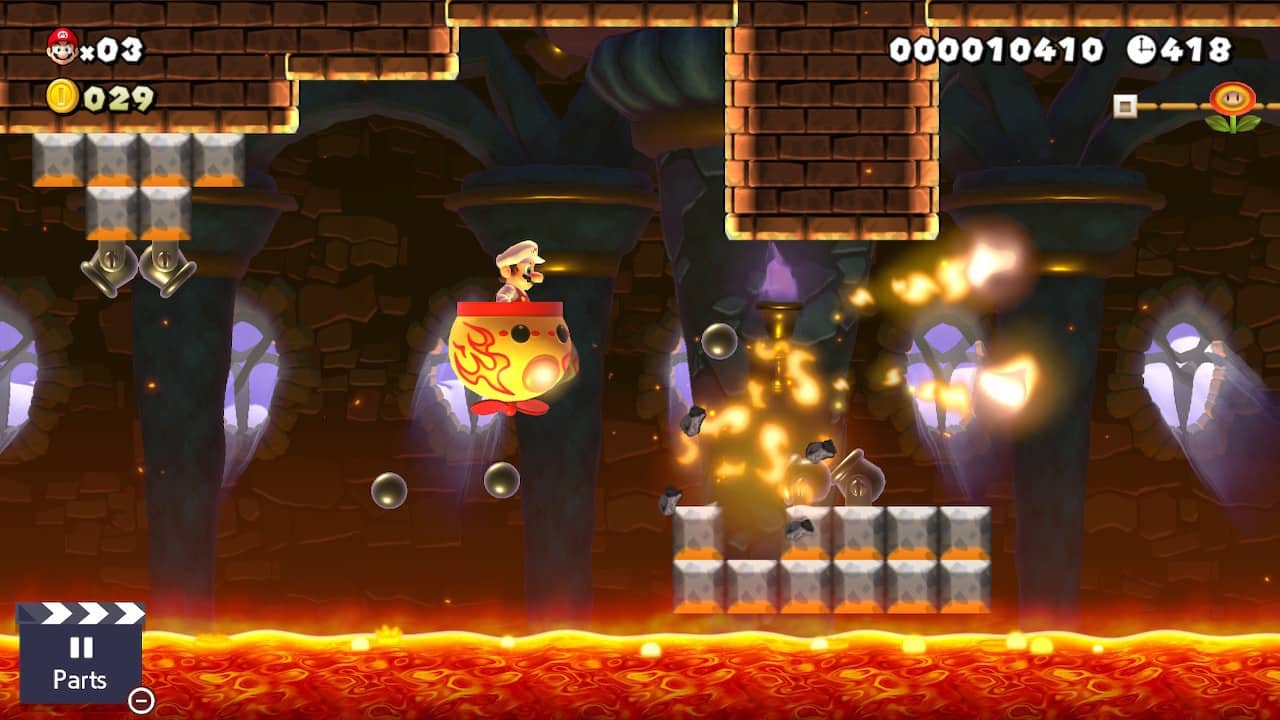 Every Story Mode stage is about one thing and one thing only; going in and getting as many coins as you can, completing the level alive and bringing them back to the castle. These coins are used to rebuild the castle thanks to the help of the Toad builders. Each section costs a bit fo coins and has a specific amount of stage completions needed to rebuild it successfully. 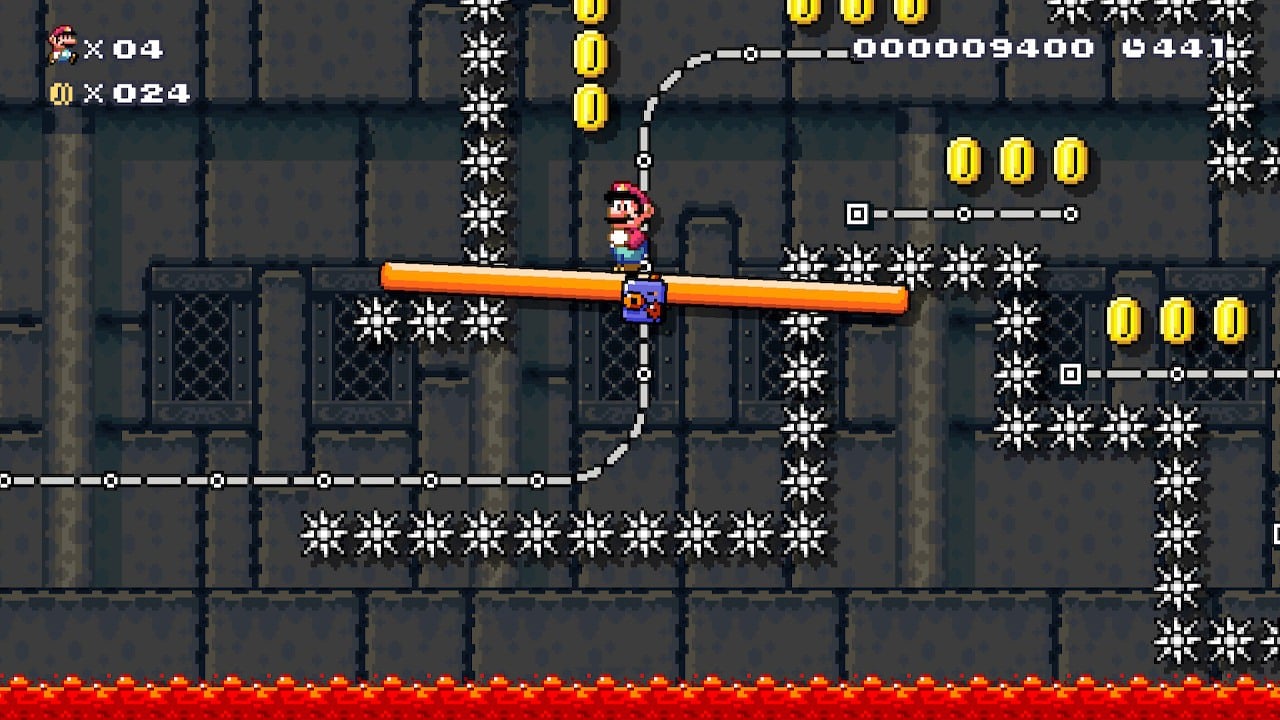 Some of it is costly while other parts require a few hundred coins. This also keeps you going back for more and making sure that you collect every single coin you can because they all really matter this time around. The worst part, when you die you lose half of them giving you this weighing stress during those tough stages. Sure, every stage pays out a specific amount of gold coins but when you are short five to rebuild the cannons, you will hate your life. 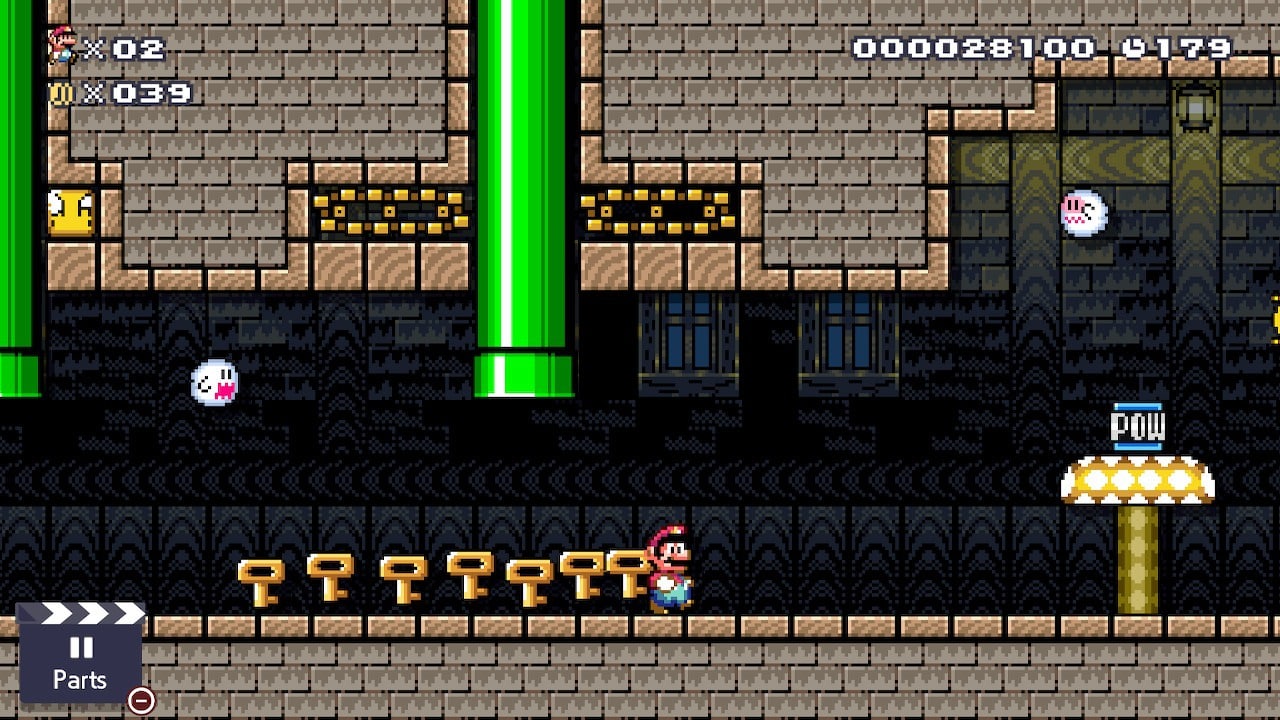 The story mode alone is a masterfully crafted adventure. Some stages were pretty simple but others really mixed things up like Super Mario World stage where I had to entire rooms with items I chose which I thought would be the best route towards a door key. I needed seven keys to unlock the final door to the end of the stage so it was sort of like an adventure as I grabbed the jump pad and entered a room only to realize I should have taken the “POW” block instead.

This five-minute hands-on stage broke all the barriers of what I thought was a Mario game and took away the traditional A to B approach for something new and refreshing. These are Super Mario Maker 2’s finest moments. 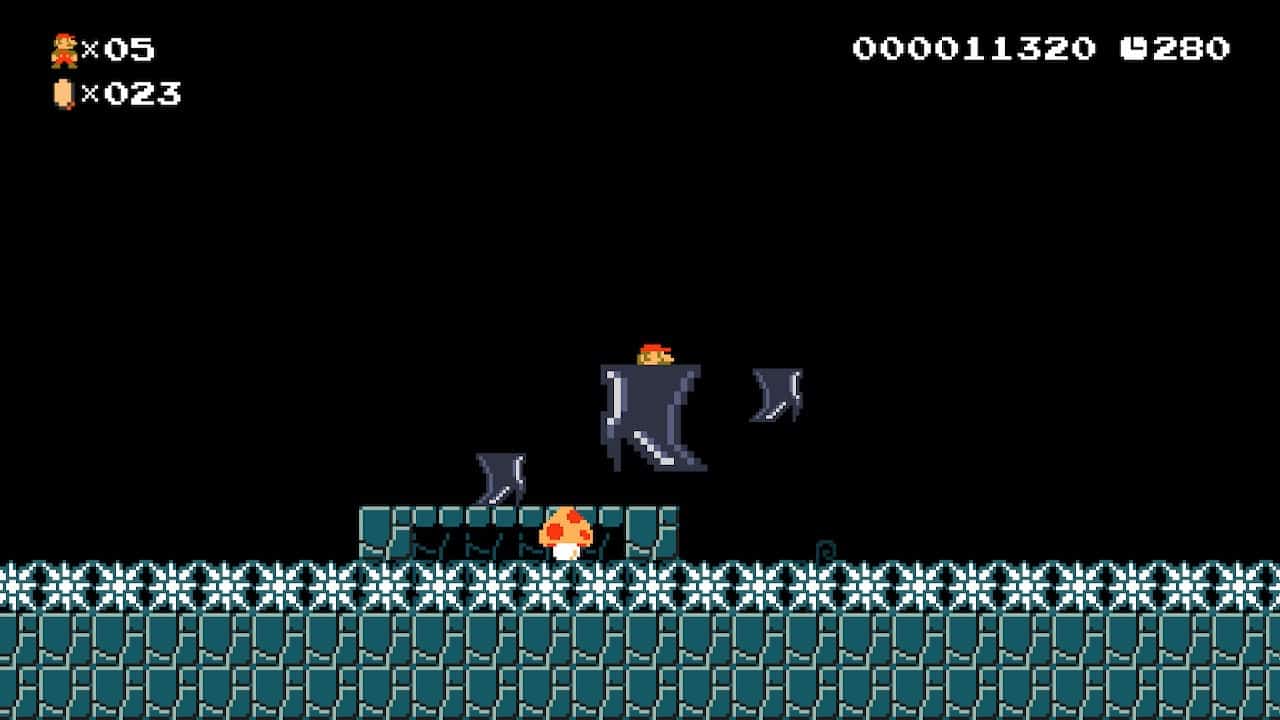 Of course, the game is all about being creative and it pushes you to build your own stages and experiences using the Course Maker mode. The seamless building system is back and as refined as ever. Going into Course Maker you are welcomed to a quick tutorial where you learn the basics. There are also hand-off tutorials you can watch divided into different difficulties but I recommend just going in and learning it as you go.

You can select across the different themed styles and begin creating the perfect Super Mario stage. The building is pretty simple but I do recommend using the console in portable mode as the touch screen makes things faster. You can select across everything “Super Mario” from blocks to enemies to jump pads and lava. If you have seen it before in a Mario game, it is in this mode. 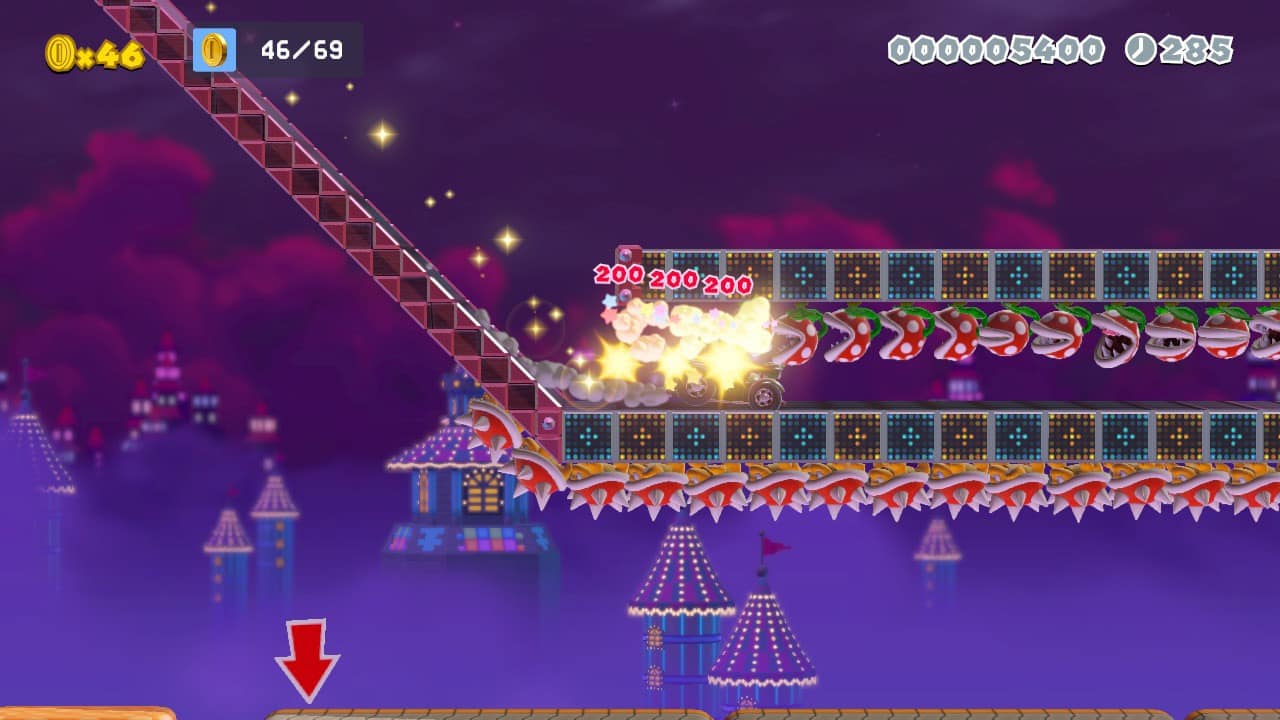 The local multiplayer is restricted to building only which is just sad.

Creating a wall of blocks is as easy as dragging your finger across the screen. Erasing is the same thing and placing enemies is done with a simple tap and drag to place. You can also set “Clear Conditions” to your stage this time too such as reaching the goal without taking damage, defeating a specific amount of enemies or even doing handstands at the top of every tree. The finish line only unlocks once you have met these requirements. Some of these examples are built into the Story Mode too like the “do not jump” challenge that had me raging for a good hour.

Super Mario Maker 2 could have the best building system ever in a video game (sorry LBP) but it is all how you use it. The online mode lets you search for custom levels made by other people. As it was the review process I was expected some shoddy level design (sorry fellow games media) but I was actually surprised to see what people made. 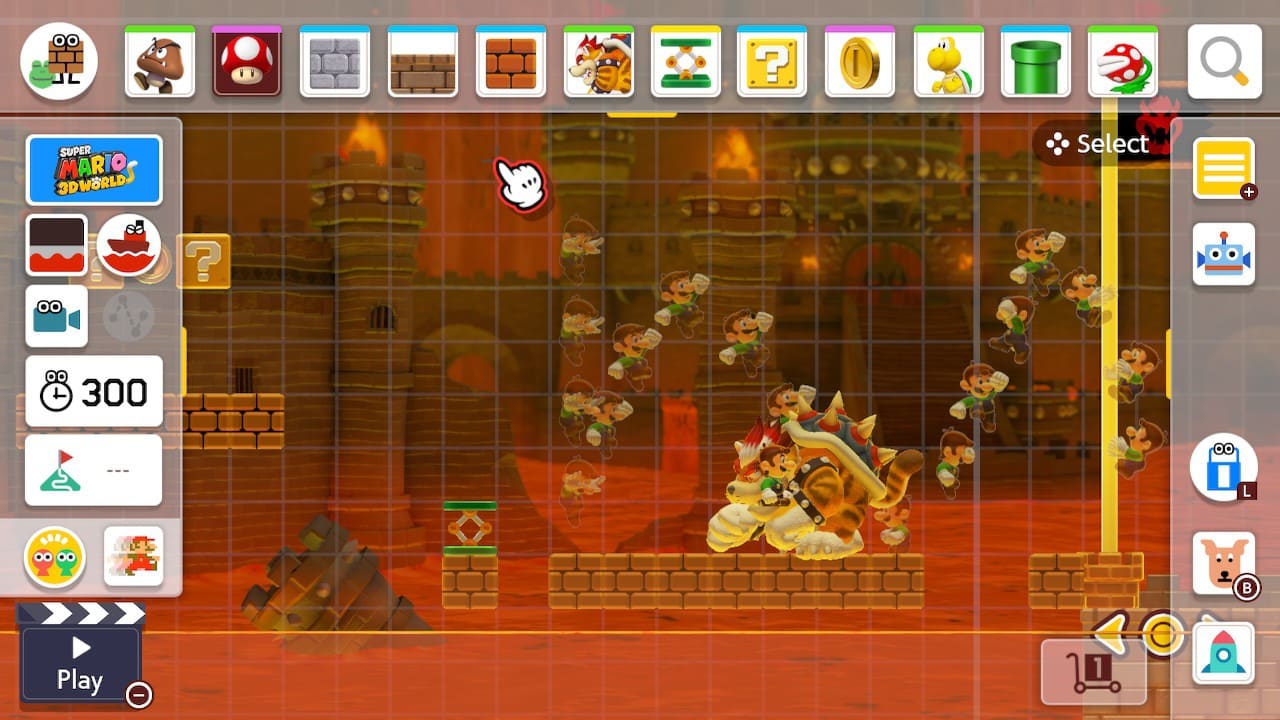 The first stage I jumped into was a racetrack-like level where I jumped in a car, listened to the Super Mario Galaxy soundtrack and raced to the end of a crazy and deadly gauntlet while collecting coins. The finish line would not appear unless I collect all forty so I had to time my jumps and hit every enemy on the noggin in order to reach those high spots. The level was probably built in an hour and was a lot of fun.

The real magic of the creative mode will no doubt come to life after the game launches to the public and all the Nintendo gamers get hold of it. I cannot wait to see what comes out of this as the Course Maker will give your countless hours of custom Mario goodness.

We then have the online features which were limited during the review process. The only thing I was able to test was building a stage in co-op with a friend next to me on the couch but Nintendo promises a load of online modes such as Multiplayer Co-Op where you play across stages with friends and randoms online, Multiplayer Versus where you race through competitive stages against other players and local co-op but not couch.

One questionable missing addition is that you will not be able to play any local co-op at all. You can just build stages with a friend and test them. No taking them into the online courses, no having them play multiplayer with you and no co-op Story mode. The local multiplayer is restricted to building only which is just sad. Super Mario games are best played with friends next to you and have built on the foundations of co-op. This is a sad missing feature. You can, however, play with friends if they have Switch consoles but yeah, that is not going to happen. 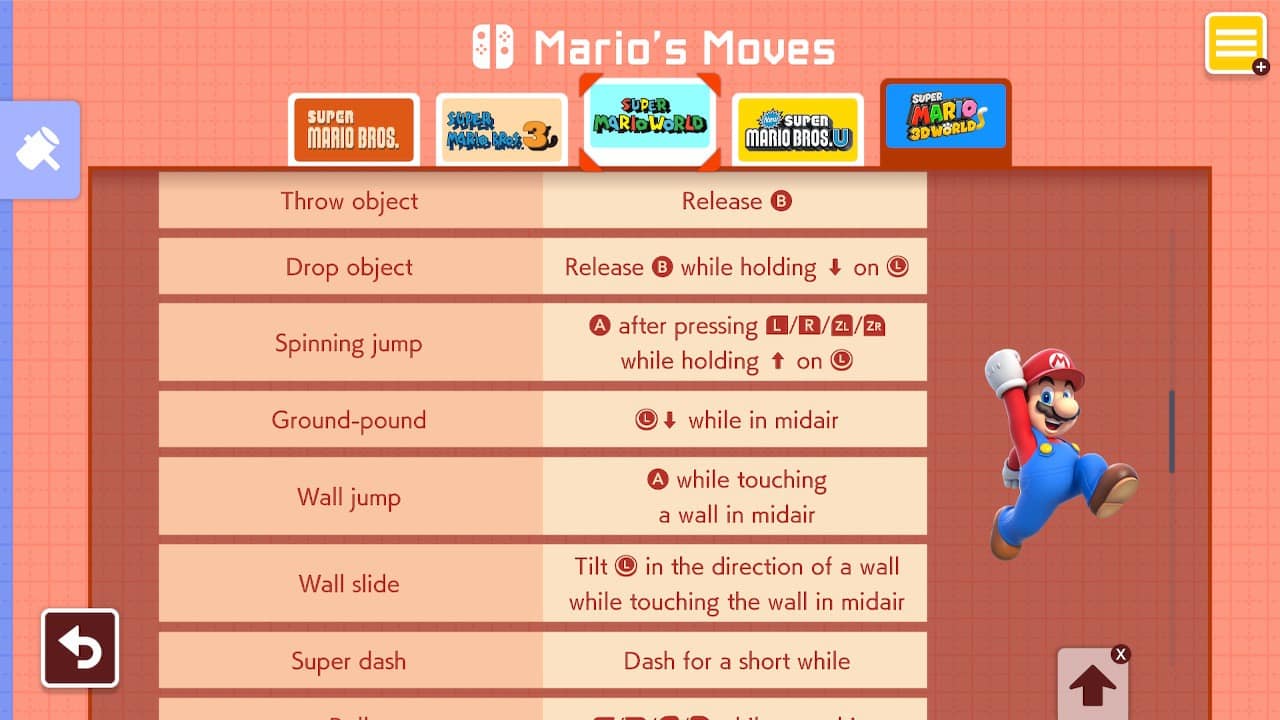 Super Mario Maker 2 could have been perfect if it mastered its local co-op but even without that feature, it is one fantastic game. Its Story Mode alone is worth its asking price and the endless array of courses you can find online and build yourself is just an added addition. I loved every moment of it and was hooked from the second I started building that darn castle. You will find lots to do here in Super Mario Maker 2.