The Super Smash Bros. series has been known for its content-rich experience. It began being a Nintendo-only experience with fighters from popular video game series under the companies roof and slowly, as the series grew, Nintendo has been including a load of fighters, stages and even collectables from big franchises like Sonic the Hedgehog and even Metal Gear Solid. Super Smash Bros. Ultimate is the biggest, most content packed entry in the series to date featuring fighters and stages from across platforms and games. It is a lot to chew and those looking for the ultimate brawler will be happy to know that this is it.

Nintendo was not joking when they called this game the “ultimate” as it really is. The new fighters include Ridley, King K. Rool, Pichu, Incineroar and much more. Along with these fighters come new stages too. In total, there are over one hundred gorgeous stages to whack each other on with every one of them being highly detailed, interactive and more challenging than the last. It is hard to choose favourites but I do love all the Pokemon levels. The Kalos Pokemon League from X and Y is simply the best but other stages like Wily Castle and Super Mario Maker all deliver everything you want from a brawler. There is no doubt a lot to chew when it comes to where you fight. 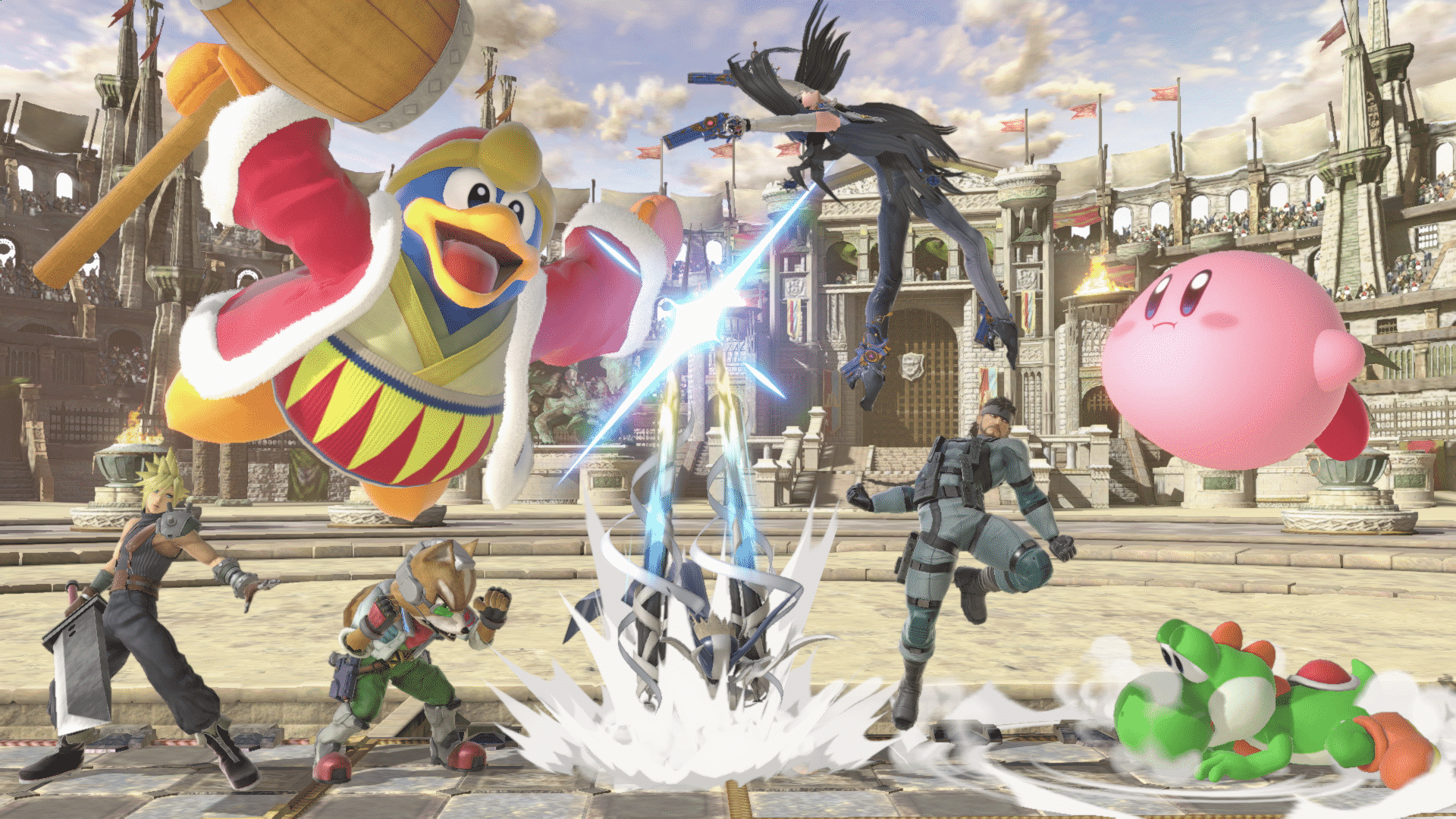 As for who you fight with, well, Super Smash Bros. Ultimate still has some of the best combat in gaming and it is as simple and as complicated as you want it to be. I attended a LAN a few days back where some of my friends who are also some of best Super Smash Bros. players I know, all got their asses handed to them after I mastered King K.Rool. You can never be too good at the game and even myself, who is not the best in the world, put up a good fight, given the right fighter. 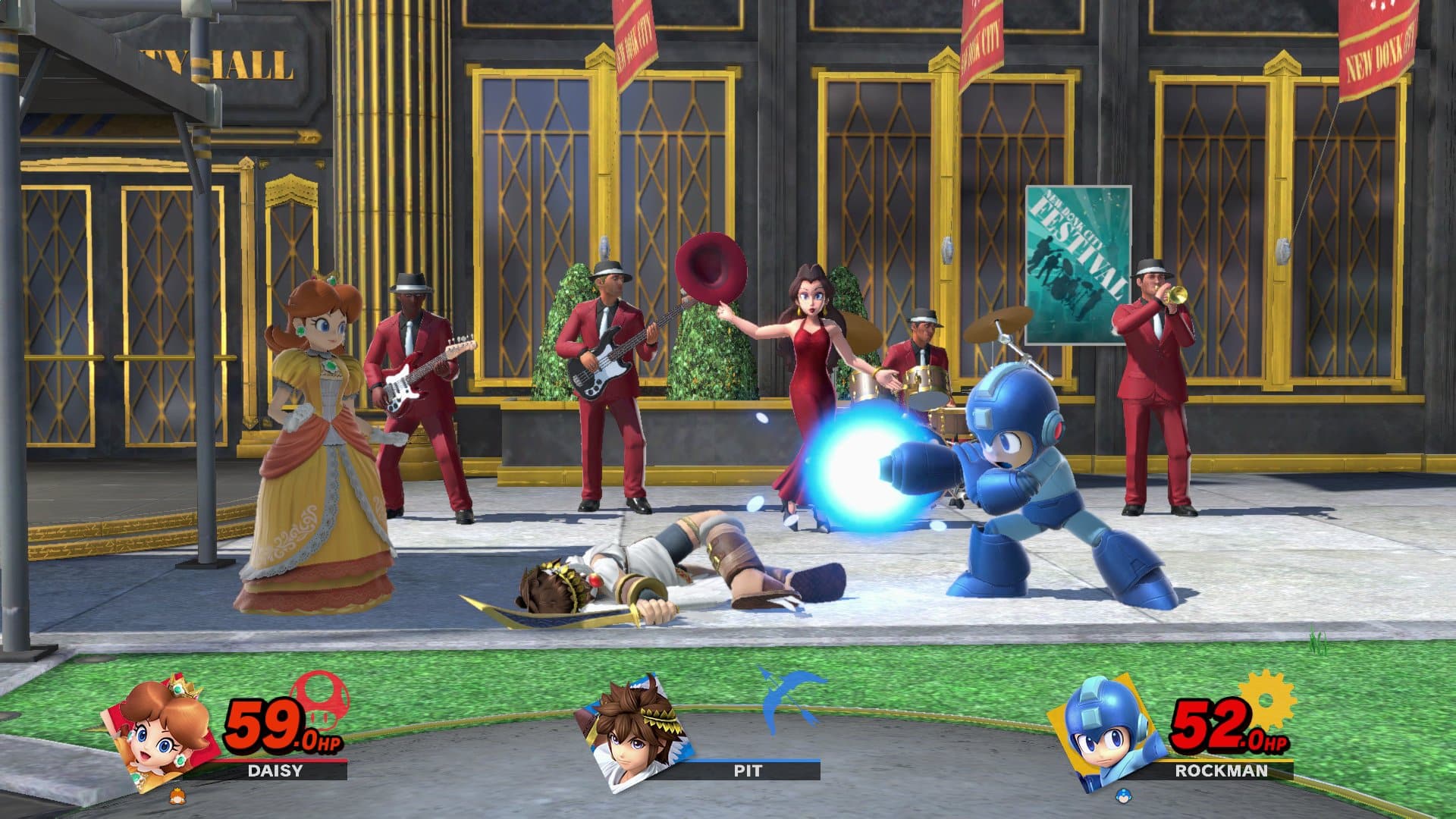 With the roster being 74 fighters, it is hard to choose a favourite especially when playing with friends. We went on the decision to just randomize it every match so no one knew who we were going to get until it started loading into the stage. This way, we were all challenged to master someone new and it led to some rather hilarious matches. With that being said, characters in Super Smash Bros. Ultimate need to be unlocked so just playing the game and messing around either solo or with friends is the best way to do so. Fighters are unlocked in all game modes so you don’t have to stick to one to make sure you get them all. You can play the World of Light story-like mode, or just fight it out in the Classic Mode and slowly get them all in your roster.

The starting roster for the game is empty so it forces you to play it and experience the true joy of brawling before you can get to that one character you want to play. This system kind of pays tribute to the old Tekken days where you had to play Arcade mode and finish it to unlock a new fighter. 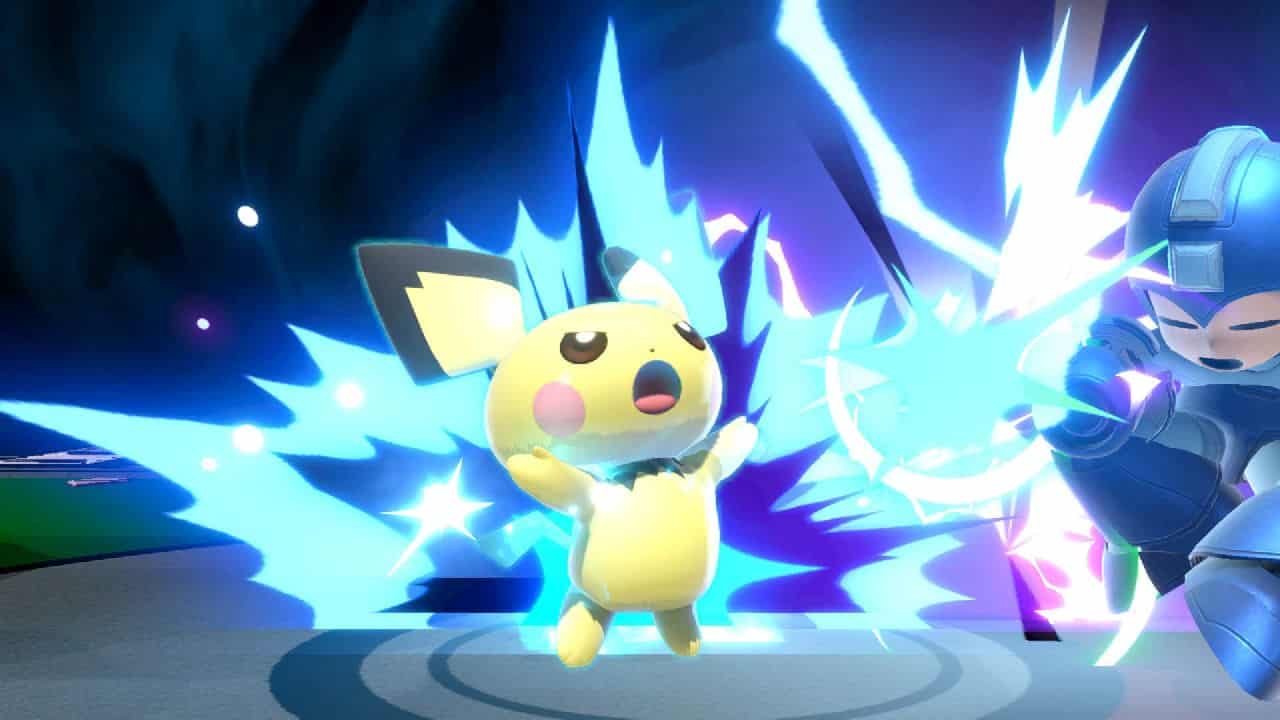 Now the game modes are plenty but the best one of all is the World of Light mode. This acts as the game’s story mode to an extent. It lacks a bit of narrative but the idea behind it is that all the fighters from the Super Smash Bros. Ultimate roster have been kidnapped and cloned into evil copies of themselves and transported to another world. Kirby is the sole survivor and sets off to fight the clones and “awaken” the dormant fighters. The game mode is set across a giant world where you walk along paths, challenge other fighters and unlock new ones by awakening their statues. 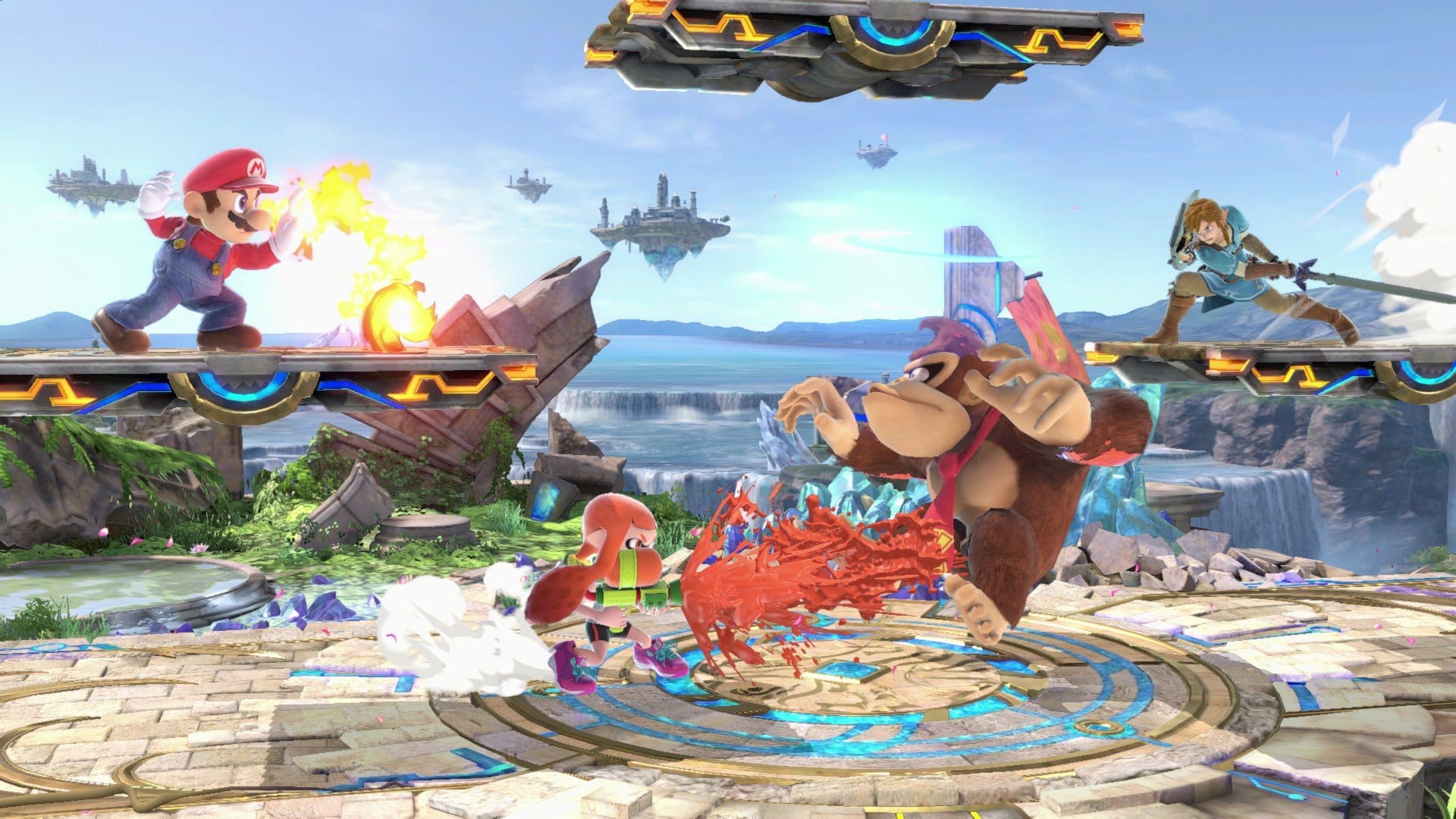 The game mode has a lot of RPG in it as you have Spirits that you can equip which increase your level and power. Later in the mode, fighters you take on are extremely high in power and often backtracking down another path to fight weaker ones and gain more Spirits is a safer option. The different fighters also have a set attack class to them which is either stronger or weaker to others. For example, red is weak to green and green is weak to blue while blue is weak to red. There is also neutral which is the safest option if you don’t know the system yet or just prefer to play it safe as some fights will have two different types in one match.

You gain spirits by defeating foes and these spirits all have specific abilities, stats and level up as you play the game and fight with them equipped. The system is great and works really well. In the end, I had a load of fighters alongside me, a fantastic spirit lineup and I was taking on some challenging fighters without any issue at all. 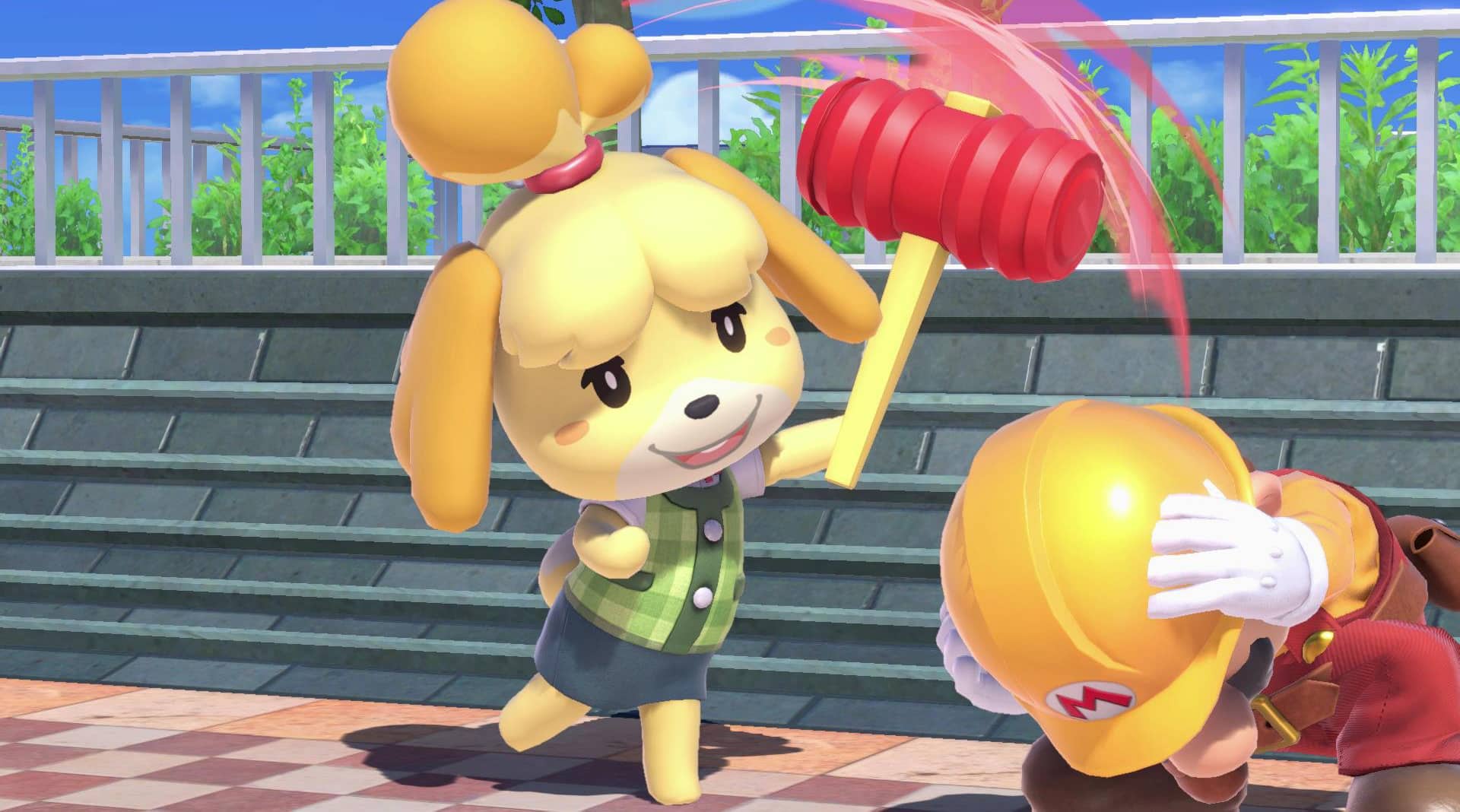 The game has a lot of modes to choose from beside the single-player experience and they are all highly customizable too. The Classic Mode serves as a ladder tournament where players take on opponents as they fight their way to the final boss. It is basically the arcade mode. What sets this apart from a traditional mode is that it has a unique theme to them that makes each return an enjoyment. If you don’t want to grind it out in the story mode to unlock new fighters then this mode is perfect too. Then we have a great new mode called Squad Strike which is sort of like Marvel Vs Capcom and let you fight with either 3 or 5 fighters against an opponent with the same setup in a tag-team-like match. Smashdown Mode eliminates fighters from the roster as you play forcing players to try new ones and not get comfortable using the over-powered one.

We then also have the Smash Mode which is highly customizable. You can create your own rulesets with time, fighters and bonuses and really challenge your friends in so many unique ways. If you have friends that play this then you will most likely spend much of your time in this mode with a custom pre-set. 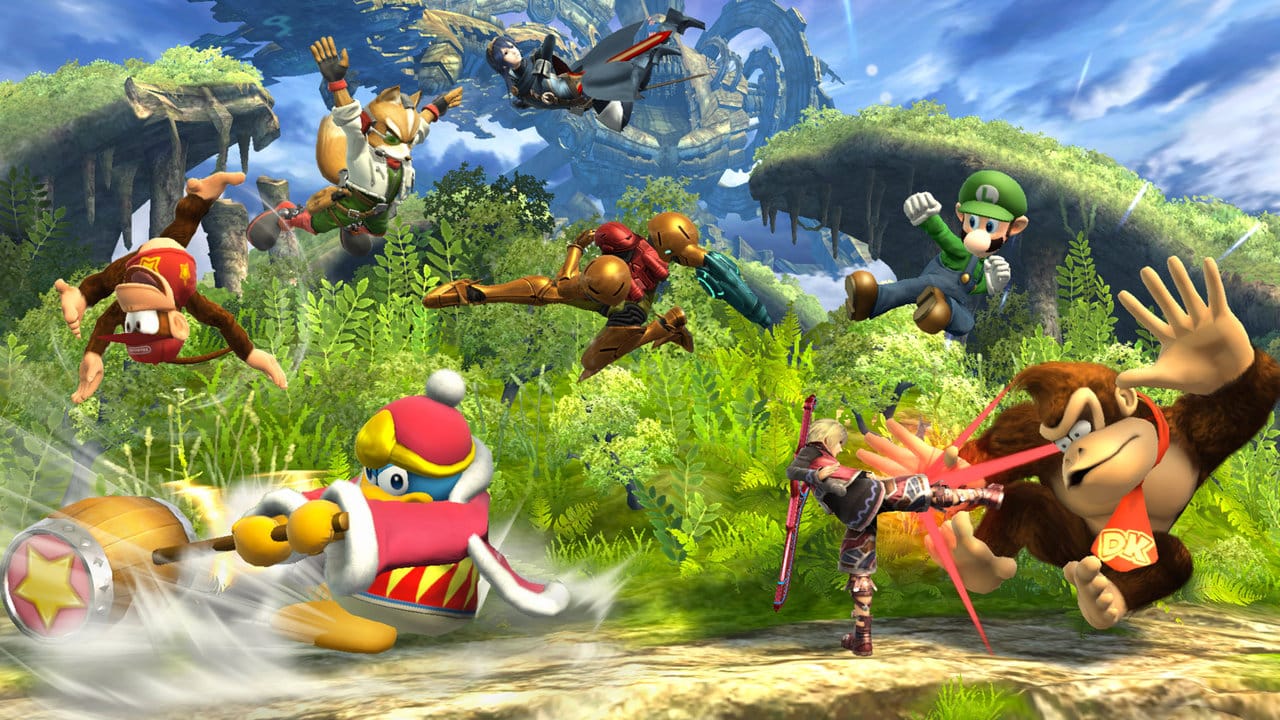 Super Smash Bros. Ultimate on the Switch also means that a lot of the hardware limitation from the past game being on Wii U have now been lifted. The Joy-Cons means you can now all use half of one to fight and having just two sets means you have four controllers for the start of an intense smackdown. You can even add another four to the mix and have eight people walloping each other at the same time on screen. It is something only possible on the Switch in the game and is one of the series’ defining features. The game also runs like a dream both in handheld and in the dock. Buttons are responsive and with everything happening on screen at the same time, it is smooth and truly brings out the game’s beauty. 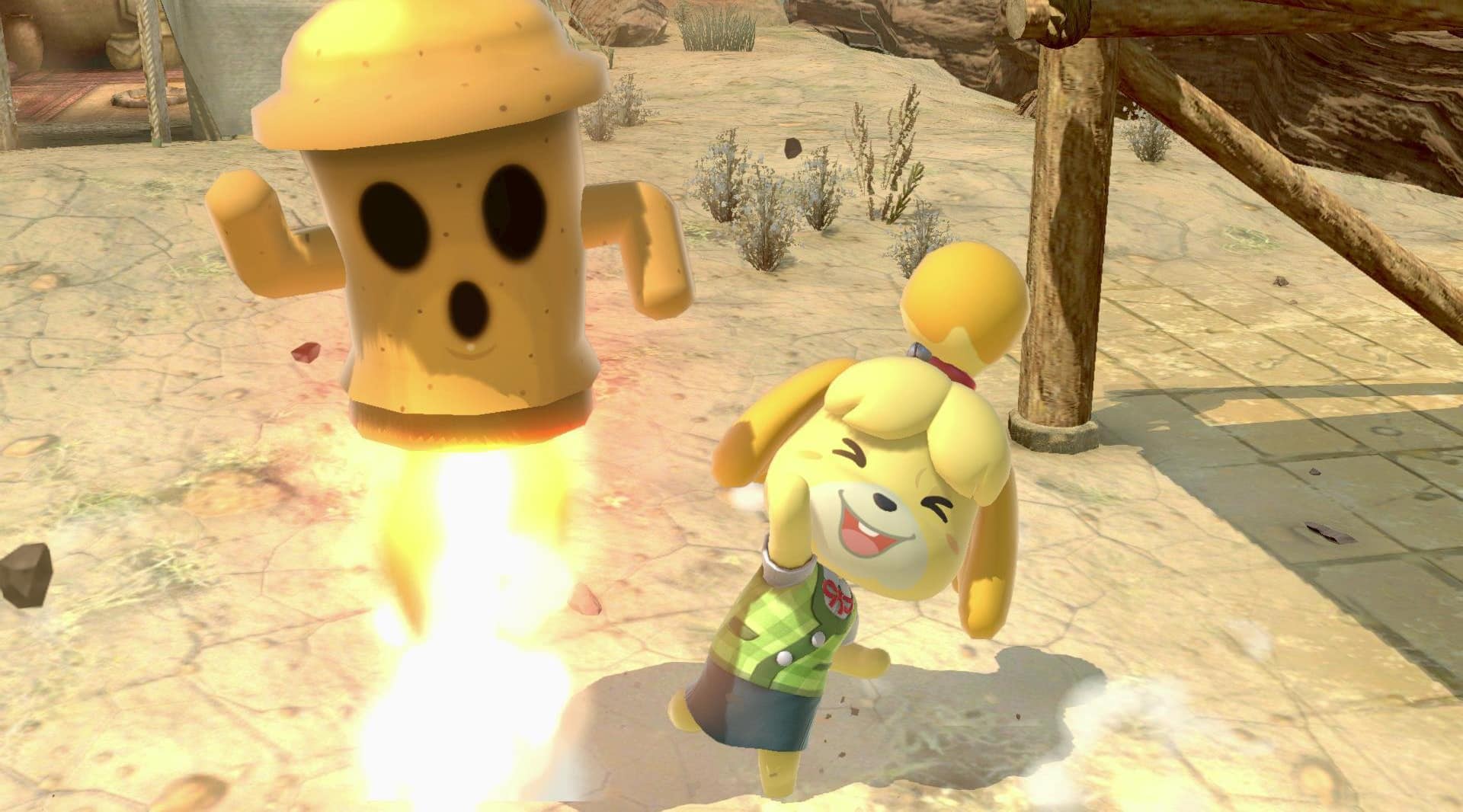 Super Smash Bros. Ultimate is not joking around when it is called “Ultimate” as it is truly the best and most content-rich game in the series to date. The sheer amount of love and attention to detail put into every mode, fighter and stage makes it a magical experience. There is no doubt that it is the king of brawlers and will go onto be the ultimate fighting game for years to come.