If there is any doubt about my love for the Sweet Tooth comics, all you need to do is read my review/love letter to it the series here. Sweet Tooth was one of the comics I didn’t think I would enjoy, and then the next thing I knew it was one of my all-time favourites. Because of this, I was both excited and scared when I heard a TV show adaption was planned for it. Don’t get me wrong, I love a good adaptation, but that’s the keyword “good”.

It is a post-apocalyptic “fairytale”. Something happened to cause most of the world’s population to suddenly and unexpectedly get sick and die while at the same time, any babies born are born as half-human and half-animal.

No one knows why or how this is happening, just like no one knows what causes “the sick”. However, what they do know is that the “hybrids” are immune to the sick. Our main protagonist Gus is a half-deer hybrid who finds himself on an adventure after the only person he has ever known, his father, catches “the sick” and dies.

Gus is on a journey to find his mother, but he needs to be careful. Hybrids are being hunted down and killed or experimented on in hopes that they are the key to finding a cure. Needless to say, it’s dangerous to go alone.

For me, the sign of an excellent comic to screen adaption is if anyone can enjoy it. When I was watching the Sweet Tooth Netflix show this weekend I did so with my fiance, who has never read the comics and honestly, I’d be hard-pressed to tell you which of us enjoyed the show more.

For my partner, the magic was in how beautiful the show is. It’s shot in a way that makes you forget about anything else and makes you want to just stare at it. For me, it was the feeling of coming home that got me. 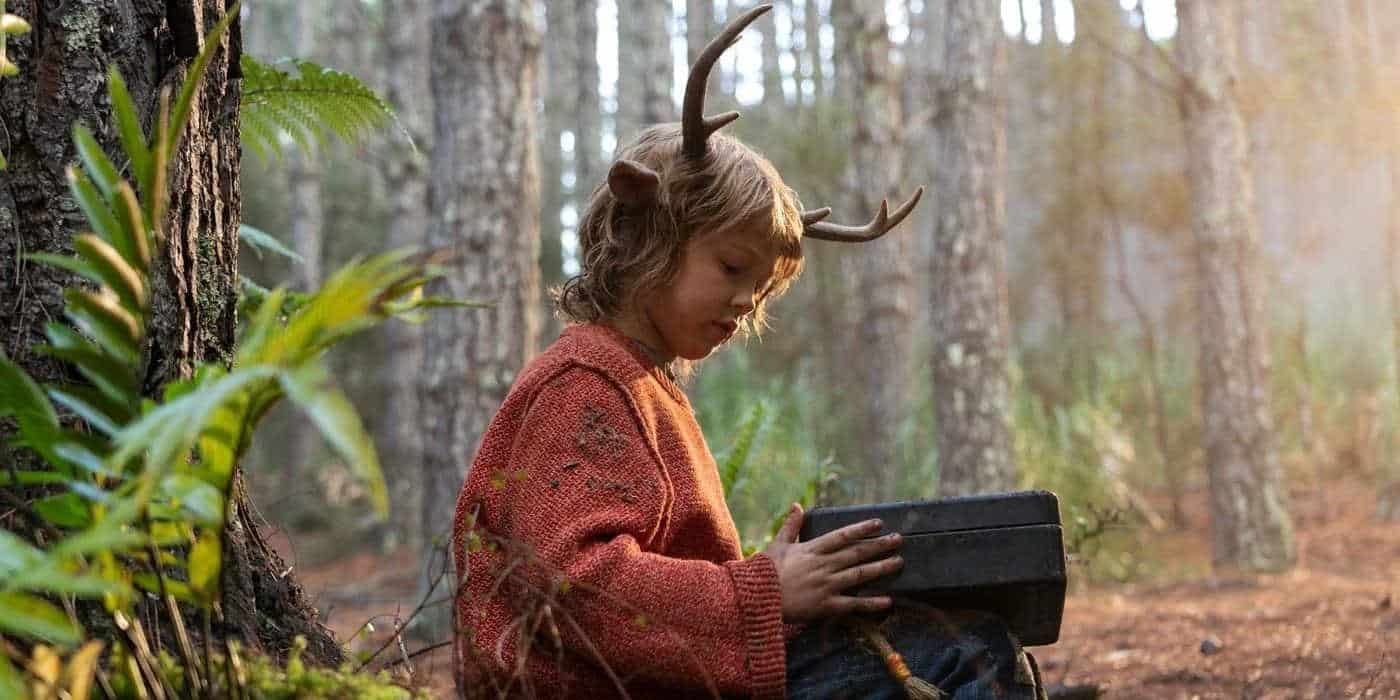 Season 1 of Sweet Tooth Netflix takes its time giving us backstories to characters that we never really got in the comics. Some of the characters have been changed, and some are new altogether. However, none of the changes takes anything away from the story. If anything, they just help polish it up and make it fit with the general feel of the show.

The casting for Sweet Tooth is also absolutely phenomenal. With the comics unique art style, it’s not easy to picture Jeff Lemire’s characters as real-life people, but with the cast they chose, it’s hard to see the characters as anyone else.

Staring Nonso Anozie (Artemis Fowl) as Jepperd (who is now a Football star instead of an Ice Hockey champion); Christian Convery (Playing with Fire) as Gus; Stefania LaVie Owen (Coming Through the Rye) as Bear (in the comics she is Becky); Adeel Akhtar (Utopia) as Dr Singh; Dania Ramirez (Devious Maids) as Aimee (who I think is an adaption of Lucy from the comics); Will Forte (The Last Man on Earth) as Richard Fox, Niel Sandilands (News of the World) as Abbot and Naledi Murray (Seven Seconds) as Wendy.

Sweet Tooth manages to capture the essence of the comics while still standing on its own and telling the story in its own way. Watching it, I felt just as intrigued as to what would happen next as my partner was, even though I had already read all the comics.

It’s a heartwarming adaption that not only leaves you wanting more but that manages to take a story that’s intricate and intertwined and make it accessible for anyone to enjoy regardless of if they’re new to the world or not.

Want to watch Sweet Tooth? The entire first season is dropping on Netflix on June 4th. If you want to pick up the comics to binge while you wait, head over to Critters and Comics

The comics are available in the following formats: Digital; Single Issues (40 Issues); Trade Paperbacks (7 Books); Hardcovers (3 Books) or as a single Compendium (Available June 4th); Season 1 of Sweet Tooth roughly covers the story of the first two Trade Paperbacks or the first 11 comic issues. You can watch it on Netflix starting on 4 June 2021.

Thanks to Netflix for sending us early screeners for the show.