Advertisement
Tali’s Baby Diary is Shaping Up to Be Another South African TV Hit
"How you?" 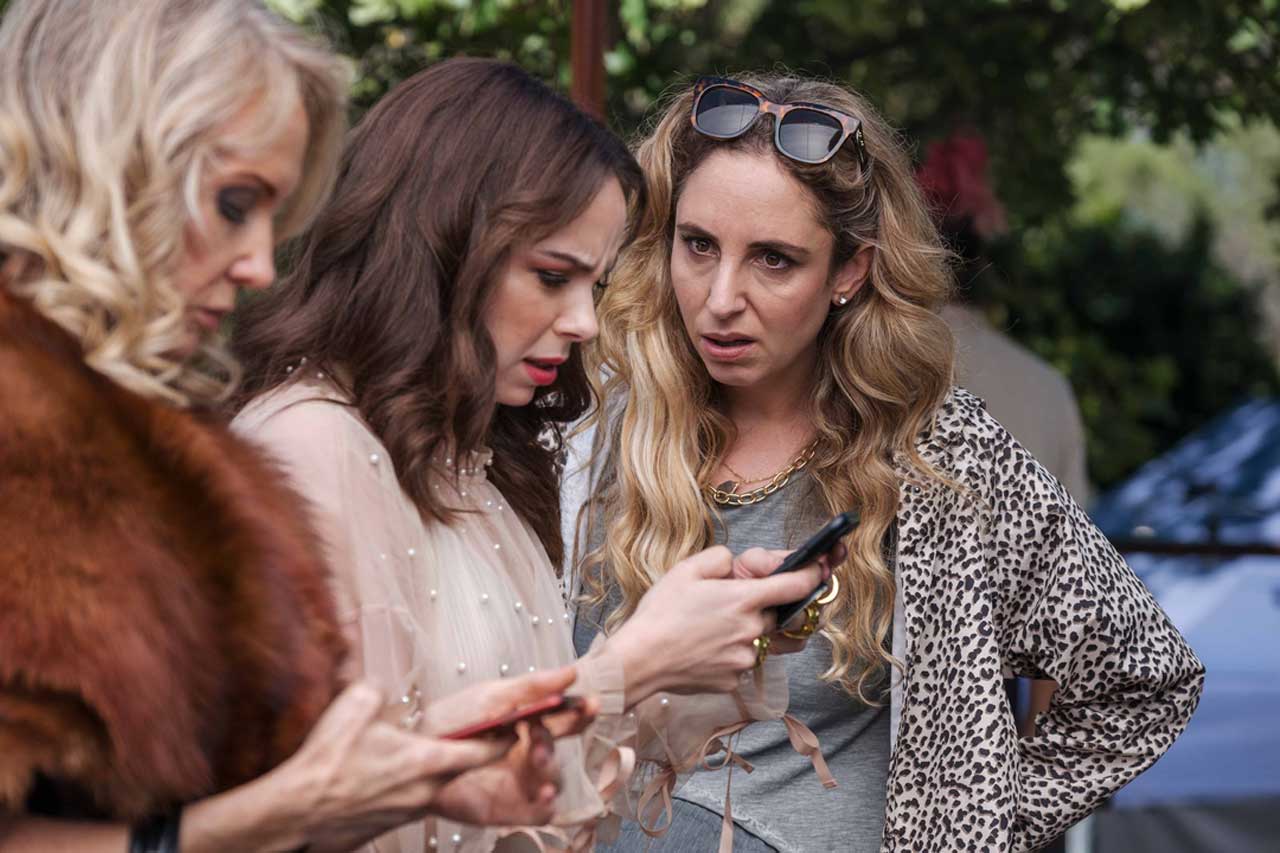 Tali’s Baby Diary is out on Showmax tomorrow and after watching the first two episodes, I am pleased to say it is incredible. Sure, two episodes aren’t a lot to go on but it was about an hour of putting up with Tali and her shenanigans that reminded me why South Africans love her so much. There’s a certain magic about Julia Anastasopoulos in her various roles (she’s also Suzelle DIY) that makes even minute of her on screen pure joy to watch.

The most important message Tali is trying to get across this season is how ridiculous pregnancy can be these days in the world of social media and hashtags. The entire process of finding out you’re pregnant to all the Dr visits, couple activities and of course the gender reveal, simply cannot be done without it going on social media.

It is the world we live in and for the most part, Tali’s Baby Diary aims to ridicule the so-called “life event” and I am all for it. I have had a handful of friends fall pregnant and give birth in recent months and I can’t help but feel like Tali accurately represents some of the madness they create for themselves during the term.

Let’s be honest, pregnancy can be simple and slow but instead, the world relies upon drama to make it interesting. Anyone over 40 who has had kids can tell you that this #Momfluencer world did not exist back in the day but hey, the world has changed.

For many, Tali’s Baby Diary will be an outrageous comedy that depicts the life of a spoilt rich cool girl living in Cape Town and seeking attention for literally everything she does. They exist and we all somehow have one living inside of us. That is what the story Julia and the cast want to tell. The first two episodes line things up quite nicely for things to come. We get introduced to the post-marriage life of Tali and her husband. 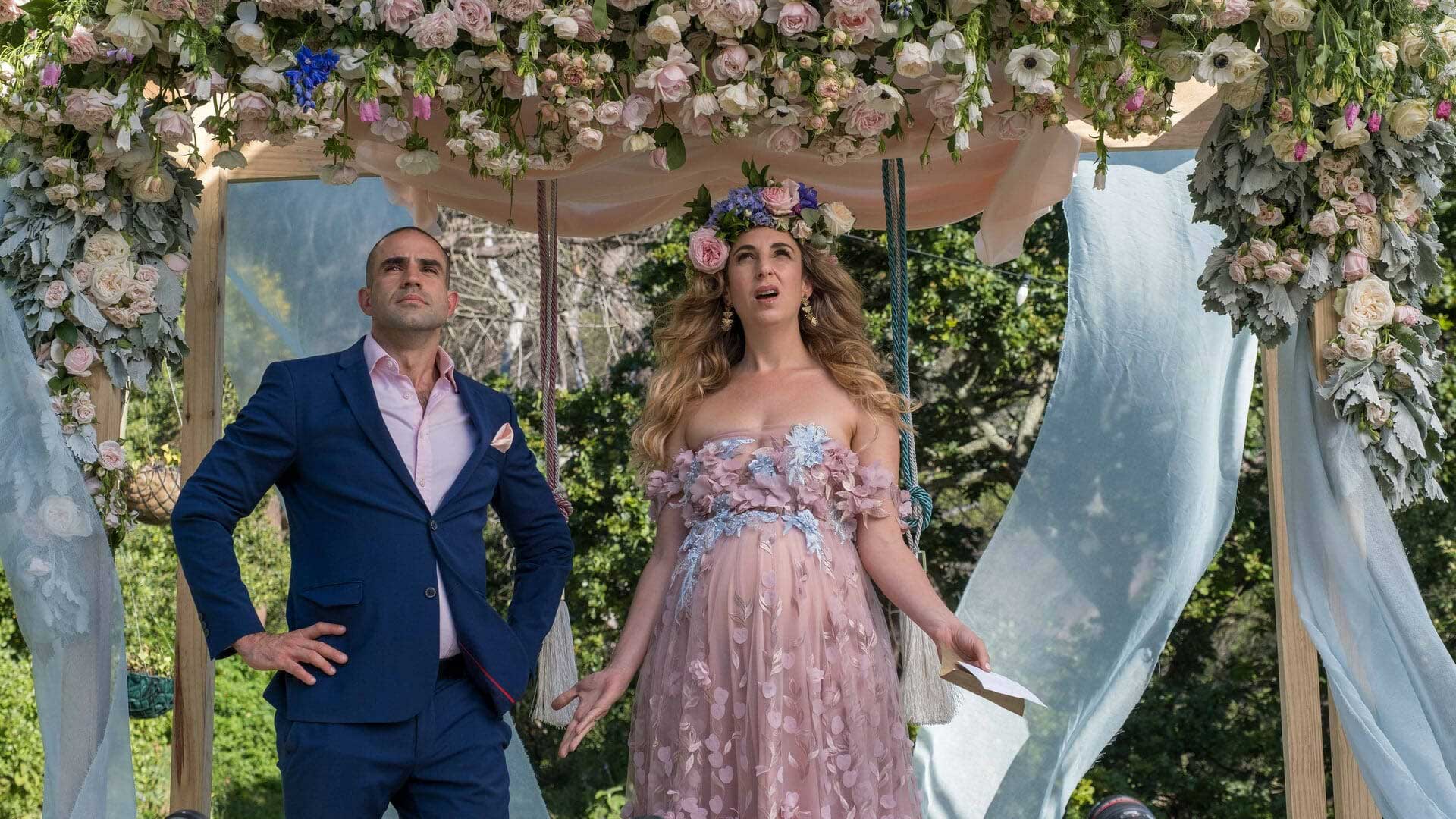 A lot has changed since the first season of Tali’s Wedding Diary. They now live in a different house and thanks to the success of Tali’s previous documentary, she is now a “celeb”. Or so she likes to think she is. A lot has also remained the same. Tali’s husband Darren is still trying to get a business up and running while facing new pretentious people getting in his way. However, his business is not the only thing he can’t get working. Darren’s sperm count is also low which has which means the couple are struggling to fall pregnant.

Tali plans to get up to all sorts of shenanigans in this season. It will tick all the boxes every twenty-something pregnant woman goes through in the age of social media and I can’t wait to sit there and relate to experiencing the drama through some of my friends.

While I have only been able to watch two episodes of Tali’s Baby Diary so far, it is clear the season aims to be bigger and better. I honestly loved Tali’s Wedding Diary to bits. Watched it twice last year alone. It was also a showcase of the life we live when getting engaged and married. How everything is blown way out of proportion and how social media and that constant need for attention controls our lives.

One can’t help but sit and laugh at it because it is true. Sure, the message is delivered in a satirical way but underneath the comedy, Tali is our inner cool girl and we love her. There’s also that South African magic that oozes out of the show. The locations, the accents, the people and the lifestyle we live. Local TV is not the greatest in the world so when a show like Tali’s Baby Diary comes around you have to grab it and suck all the juice out of it. So far it looks incredible.

Tali’s Baby Diary debuts its first four episodes on 26 February 2021 only on Showmax.