It’s been a very, very long year and it is not even done yet, with over a month to go until 2020 kicks in. A lot happened in the gaming industry this year and definitely, not everything has been great, but we did get a genre-defining experience Death Stranding, a great E3, a brilliant remake in Resident Evil 2 and some of the best esports tournaments yet. With all the action comes something interesting, as some gamers have told themselves big fat lies this year, especially but not exclusively in multiplayer games.

Keep in mind that I’m not saying all gamers have told themselves (and believed) these lies, to please take this as a fun exercise and not a personal insult. I’ve told myself some of these same lies about video games in 2019 so I thought it would be a fun topic for our readers to discuss. With that out of the way, let’s dive into the top 7 lies some gamers told themselves in 2019 about specific video games or gaming in general.

You’ve probably seen it hundreds, if not thousands of times this year on the internet. Gamers proclaim that they will never, ever support a publisher again, screaming “voting with my wallet” or “I will never support them again” or “cancelled my pre-order” in all caps on forums and social media.

This might be due to some political stances, developers not doing what players wanted, or even because of previous entries in a video game franchise. However, at the end of the day, many of these loud voices get silenced when the developer reveals a long-awaited new title in a famous franchise (not going to name and shame here) and everyone starts drooling and throwing their wallets at pre-orders. I’m not saying this always happens and some people do stand by their principles, but never say never is the important point here. 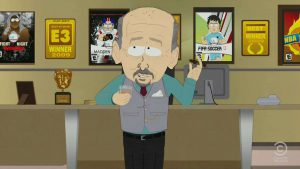 Glory supporters. That’s all I probably have to say in this section, but let’s expand a little bit on the topic. Just as in regular sports, it is very annoying to see glory supporters in esports and some of them even believe their lies that they’ve been fans of a certain team or player for years. These gamers can get caught in their lies quite easily if you ask them some questions about a team from a year ago since they’ve seen such long-time fans.

The biggest example in 2019 is definitely that of OG glory supporters. In case you didn’t know, OG became the first-ever two-time The International champions, winning the biggest esports tournament in the world two years in a row. They did it against all possible odds as well and even after winning TI8, they were one of the underdogs going into TI9. However, during TI9 everyone and their cat were suddenly long-time OG fans, creeping out of the woodworks like you can’t believe. So many Dota 2 esports fans have suddenly been supporting OG for five years but when asked about details like the Boston Major finals, they suffer from memory loss. You can see this type of behaviour everywhere and there’s nothing wrong about changing teams, but don’t lie to yourself (and others) saying that you’ve supported a certain player or team for years all while tucking away that EG shirt in a closet. 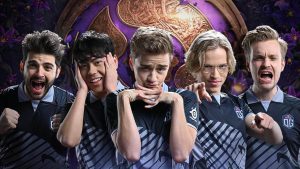 then the sun, which is just a myth foretold to scare the young, creeps out and you realise you’ve been gaming for the whole night

This is probably a lie that gamers have told themselves for as long as gaming existed and can come in many forms, from “one more match” to “one more hour” or “one more level”. It never stays at “one more”, however, and then the sun, which is just a myth foretold to scare the young, creeps out and you realise you’ve been gaming for the whole night instead of going to bed like at a reasonable time. Everyone has done it and everyone will probably do it again, but it is definitely the most innocent of all the lies gamers can tell themselves. We just all love gaming so much and when a game, be it multiplayer games or a great new single-player experience pulls you in, it is hard to keep to a time schedule.

You’ve heard this line before and sometimes it is true, but mostly, it is a delusion of grandeur that kicks in and someone thinks they just carry their entire team to a win each and every match. “I carried this pub team” or “carried yet another bunch of noobs” can be heard far and wide on all social media channels from some gamers who tell themselves they are simply the best and everyone else are mediocre (at best) noobs that need to be carried.

You can see this in all multiplayer games, but it is most prominent in MOBA titles where there are support roles and positions literally called “Carry”. However, just because a player is in the carry role doesn’t mean that they actually carried the team. Instead, support roles can make or break a match for the team. Another example is: Just because you did the most damage in a raid in games like World of Warcraft while the poor healer did their best to keep you alive, doesn’t mean you carried the other 9 players, it actually means you were carried by the healers while you stood there in the fire taking more damage than anyone else. Multiplayer games can definitely induce an illusion of grandeur… 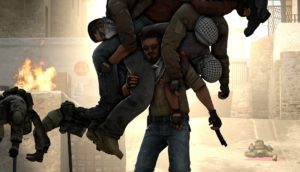 Instead of practising and getting better at certain multiplayer games, some gamers just blame hackers for just about every loss. Sure, there are hackers (or rather cheaters) sometimes, but for the most part from my experience, people call “hacker!” when they go one kill down in an FPS title, for example getting shot and they can’t see the person shooting them. This isn’t necessarily a hacker, but rather the player not knowing a map or a specific spot well enough.

You will see cries about hackers in every possible multiplayer title and often (not always) it is just people convincing themselves that they are great players and that the only possible way they could have been beaten is if the enemy is hacking. It is a lie that becomes so ingrained in our beliefs that it is very hard to overcome and understand that sometimes, you just aren’t good enough yet.

When a game is too difficult (or the player is just bad at it), sometimes a person tends to claim “broken game!” instead of actually getting better at it. This can be seen most-often in Soulsborne type games where there is no easy setting and people start getting frustrated. Instead of improving and learning, some gamers tend to just throw the broken game argument at it, turn off their gaming device and live with the lie.

In fact, few games are actually broken to the point where they cannot be completed. Sure, sometimes bugs do pop up and make things more difficult on the player, even unfair, but to call a game like Bloodborne broken instead of facing up to your own failures and later starting to believe the lie is one of the worst ones in this list, as honestly, getting better at a very difficult game is part of the journey. 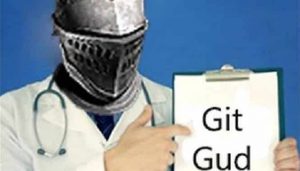 If you are still reading this and can relate to some of the points above, then you have no doubt said that you will never play a specific game again, or heard someone say it just to play it again the next day. It happens all the time where gamers quit a game just to get dragged back in.

There are many reasons for getting dragged back into a game you said you would never play again, including the game just being super-addictive (like World of Warcraft) or you simply said it in a fit of rage after losing your 10th match in a row in multiplayer games. It happens but never say never, as gamers tend to go back to titles they are passionate and sometimes frustrated with. If things escalate even further than “never play again” we get what I like to call the “broken game syndrome”.

What other lies do you think gamers have told themselves (or others) about video games or the gaming industry in 2019 and have you told yourself some of these lies as well? I sure have…