Sometimes I sit back and reflect, “am I annoying to watch TV with?” or “do people find my fun facts annoying?” but the answer is always a resounding “No!”. I’m freaking awesome to watch things with. One of the many reasons for my above-mentioned awesomeness would be that I’m basically a human “fun fact” machine. People just love my facts. I know they do, and now you will too thanks to the best WandaVision Easter Eggs.

WandaVision Characters and Where in The Marvel Universe They Originate From

Here are a few of the cool things that I noticed while binging WandaVision. Moments that had me grab for the TV remote so that I could pause the show and eagerly explain why they’re just so much infinitely cooler when you know my fun facts about them.

Before we start, you can get 20% off your next comic book and geek purchase at Critters and Comics if you use the Glitched20 coupon on check out.

The award for most incredible WandaVision Halloween Costumes goes too…

Wanda and the Vision!  The Halloween costumes that they’re pictured wearing above are actually replicas of their original Superhero costumes from the comics (clearly not their cooler, more modernized looks we’ve come to know and love from the MCU), even down to Vision’s yellow shorts!

This episode is Directed by… Abe Brown?

If you’re a really, REALLY attentive movie watcher, you might remember the name “Abe Brown” from Spider-Man: Homecoming. Abe Brown was one of Peter Parker’s classmates and was also one of the people who survived the snap. Comic fans will know the name for a different reason. In the comics, Abe Brown is the real name of the Black Tiger.

This is kind of an obvious fact, but it’s fun nonetheless: The name on the watch ‘Strucker’ is a “Baron Wolfgang von Strucker” name drop.  He’s known as being part of Hydra and being the one to experiment on the Scarlet Witch and Quicksilver, giving them their powers. In this scene, we see Wanda and Visions boys in their Halloween costumes, but as with their parent’s costumes, these are hardly random. Instead, we see Billy wearing the same costume that he will one day wear when he becomes “Wiccan,” and we see Tommy in the suit he will wear later on as “Speed”.

The Mind Stone in Loki’s Sceptre

In the scene where we see Wanda in Hydra being experimented on, we also get to see that they’re using The Mind Stone and that it is housed inside of Loki’s sceptre, the only thing with enough power to be able to contain it.

If you look closely at the grocery store’s background during the animated opening to WandaVision you’ll see a poster in the back advertising “Bova Milk”. Fans of the original comics will know Bova as a sentient cow who was the midwife that delivered Wanda and Pietro while also helping to raise them as infants. Yes, things were pretty weird.

There really isn’t much to this moment other than it being a very cute callback to a conversation that happened many years ago. When Monica first meets Jimmy Woo, he shows her a card trick. Nothing Weird. Only it’s literally the exact same card trick that Jimmy asked Scott to teach him in Ant-Man and the Wasp. How cool is that? 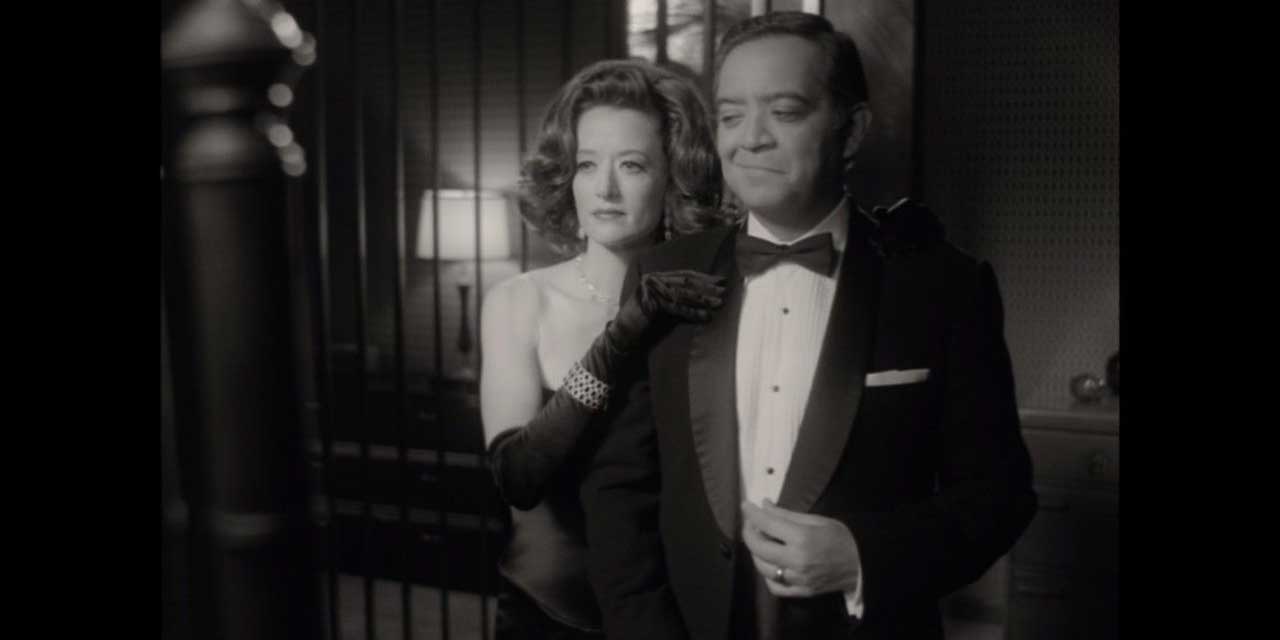 By now, I don’t need to tell you that all the adverts shown throughout WandaVision have all somehow come back to a past or present trauma of Wandas, and most of the adverts have featured the two actors above.

Now there is a really intriguing fan theory that these two people are supposed to be representations of Wanda’s parents and after binging through the show and thinking about it afterwards, I’ve come to the conclusion that this is a theory that actually makes some sense.

Wanda is subconsciously trying to cope with things that have torn her apart, and what was the one thing that started all this pain? The death of her parents when she was a child. So no, this one isn’t a fact, but it is a theory with a lot of merits, so imma take it.

Those are my personal favourite little WandaVision Easter Eggs I picked up from watching WandaVision, and it makes me ridiculously happy to get the chance to share them with you, and I didn’t even have to pause your show to do it. You’re welcome!

Make sure you check out our WandaVision guide to all its characters and their Marvel Universe history here. You can get 20% off your next purchase at Critters and Comics if you use the Glitched20 coupon on check out.