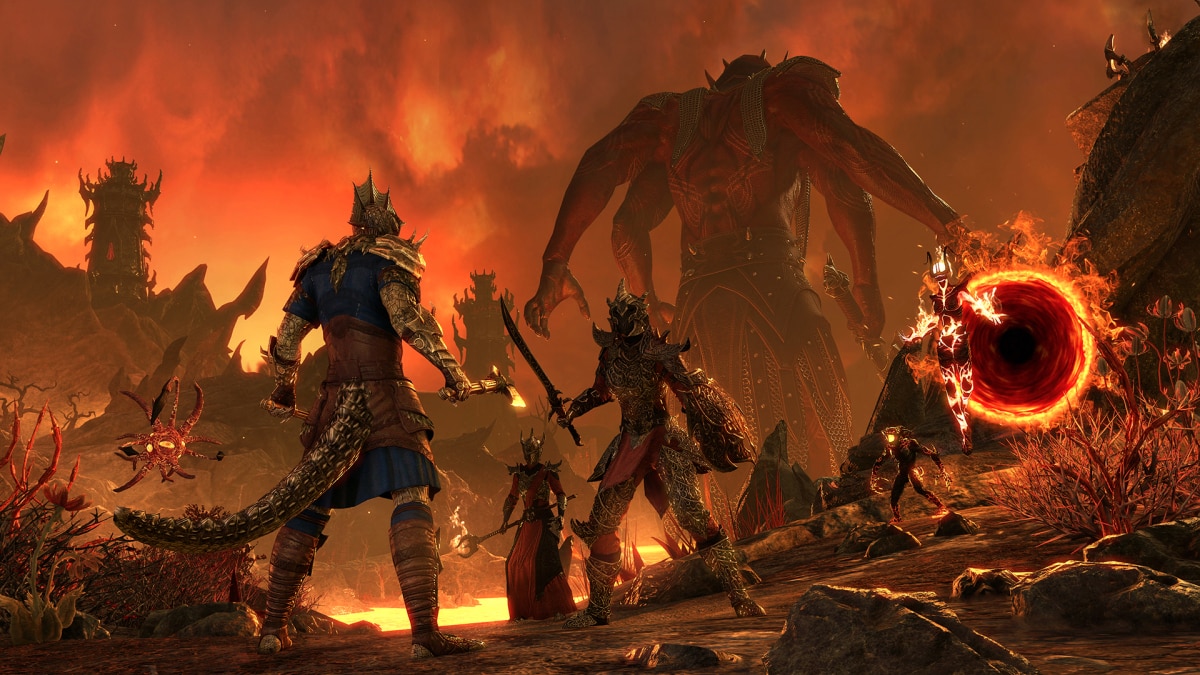 It is that time of the year again. That time when a new Elder Scrolls Online expansion is around the corner. This year players will be headed to a whole new region, get to venture through The Oblivion Gates, and even hire companions to replace elitist players in dungeons and events. It all sounds quite remarkable and so far it is. After spending a week with the upcoming expansion, I can’t wait to jump back into another Gate of Oblivion.

The Elder Scrolls Online Blackwood can be seen as an expansion surrounding three pillars. You have the ongoing addition to the story that this time around acts as a murder mystery filled with dark characters, twists, and turns. Then there’s the exploration itself that adds a new public event to the mix known as The Gates of Oblivion. Lastly, there’s the companion system that Zenimax has introduced into the game to allow players to take on activities with these AI NPCs. Of course, there are other exciting additions in The Elder Scrolls Online Blackwood including a new daily and weekly activity set that rewards players with a currency that they can use to purchase cosmetics and items. This is quite exciting for someone like me who is driven more towards games that offer a daily incentive for logging in and playing for a bit. Apart from the usual daily login rewards, ESO has had on offer up to now.

Players can also look forward to other incentives in the expansion including server reworks, quality of life changes like an ability timer that is no longer a mod, and tweaks to the voice chat system. Basically, this year’s ESO expansion is full of cool things to see and do and the additional “live service” quest system is going to drive players back more frequently.

The Elder Scrolls Online Blackwood also has something for old-school fans of the series. Being that it is based on Oblivion, players will be able to venture through some familiar areas that might ring an alarm for some. This is especially true for the city of Leyawiin, a location from The Elder Scrolls IV: Oblivion itself. Zenimax claims they wanted these areas to feel at home for the player and they have succeeded. While Blackwood is a prequel, it also includes some jabs to the Oblivion story arc and locations. Some areas have been taken out of Oblivion and reworked including swamps that have receded. It may take a keen eye to spot the exact areas but the idea is there and it works.

As players explore these new areas, there’s a constant threat looming around them in the form of these Gates of Oblivion. These new public events pop up randomly and unlike the Anchors and other events from the previous expansions, these don’t have specific spots that you can go looking for them. Thankfully, they are quite entertaining to complete. When I entered one I was whisked away to a public dungeon that threw some intense challenges at me while increasing the difficulty as I progressed through them. It is a cool concept and one which I will probably stay around for. 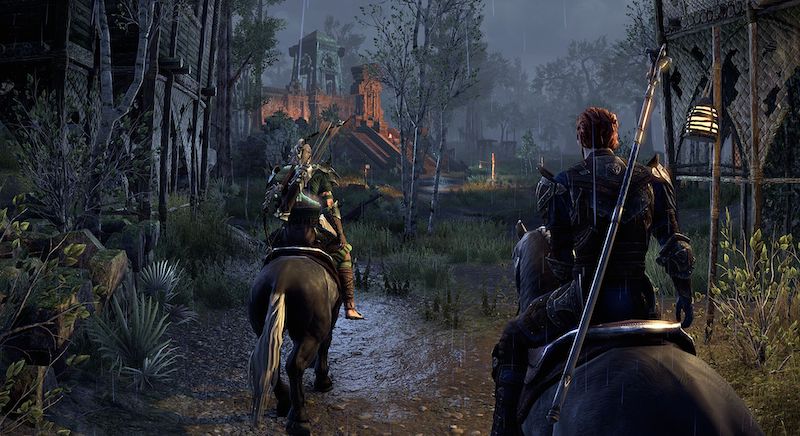 Just think of these gates as corridors to another realm and when you see them, you never know who you are going to meet on the other end. Of course, these areas are best explored with friends and alongside other players so when the expansion releases, I will have a much easier time getting through them.

These Gates of Oblivion also tie into the story quite nicely. Basically, the baddie Mehrunes Dagon is trying to figure out how to control the badlands and these portals are a result of his actions that cause them to pop open every now and then. So you’re exploring his experiment and get the feeling that you are taking the first steps to slow down his armies from invading Tamriel.

Companions have finally arrived in The Elder Scrolls Online Blackwood and they are pretty impressive. If you have played the game in the past you would know that activities rely on people and often those people are either assholes (high-level elitist players who won’t play nice and help low-level players out) or unreliable fake queuers. Enter the companion system. Now, players can have full-time sidekicks at their side as they take on activities in the game.

Zenimax is quite confident with this system. They claim that it will enhance the gameplay across every activity and allow players to take on dungeons with fewer people and even trials with fewer real players. The expansion comes with two companions. You have Bastian Hallix and Mirri. Once unlocked, these companions will be available across your ESO account and can be levelled up to 20 and equipped with gear. They also have their own skill trees which means you can build the perfect companion and pack them with weapons and armour. 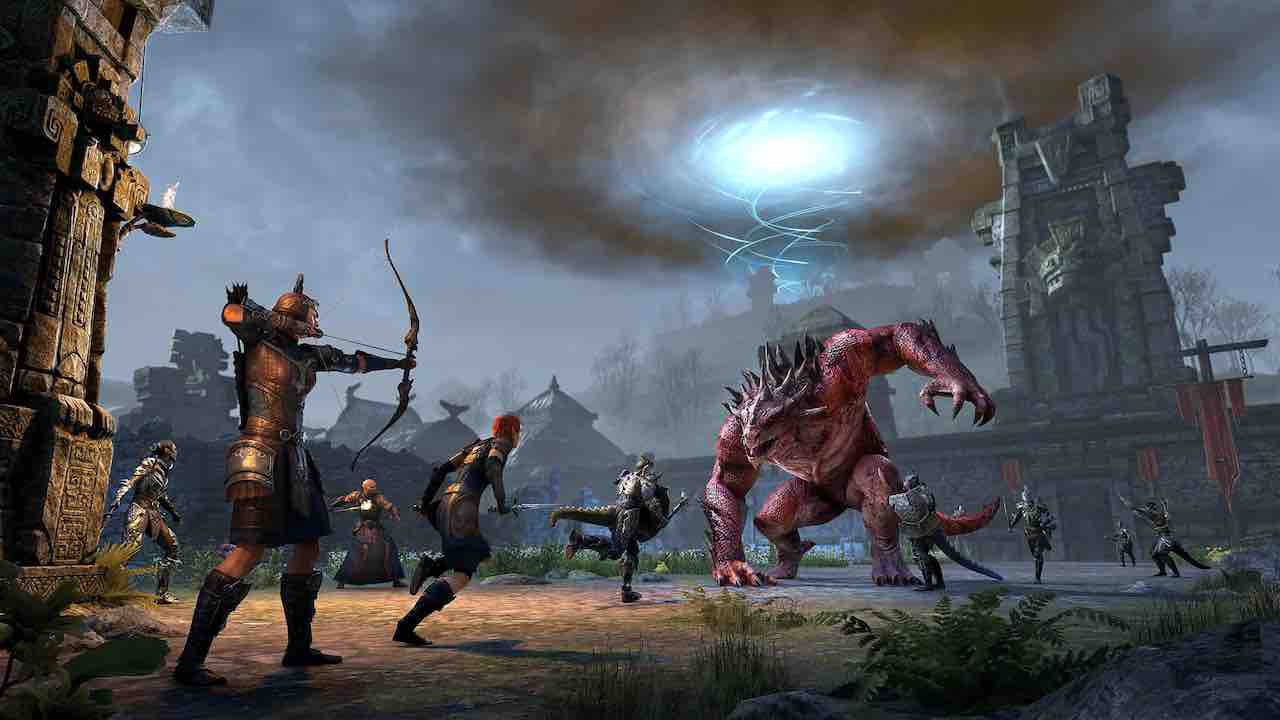 Companions aren’t meant to replace players in high-level and end-game activities but they might just prove to be a lot more useful than we think. If you are playing through an area that has a low player count and need to complete a delve, you will now have a companion at your side. If you are playing through early game dungeons and don’t want to put up with other players, you now have a companion to help. These companions can fulfil any role across healer, DPS or tank if you build them correctly which makes them extremely useful in the game.

Of course, they do have limited control. While you can customize them, you can’t control them and they rely on their skill system and action bar to function. Each skill has a cooldown and prepping your companion for an activity is where the real work starts. My time with the companion system, while short, was enjoyable. It is the start of something new for ESO and with some tweaks here and there, and possibly a few buffs, perhaps the system can become a staple for all players and we won’t need to rely on matchmaking so much.

There are some advantages to this. Companions, once dead they simply revive and carry on in the fight. This makes for a constant support ally be it in damage, AOEs or healing. Companions also have their own relationship level to focus on called rapport. This ties into their storylines, trusting the player and unlocks new quests to take on anw perks as you grow with them. Zenimax also plans on adding relationships to the companion system in the future without any gender locks whatsoever. 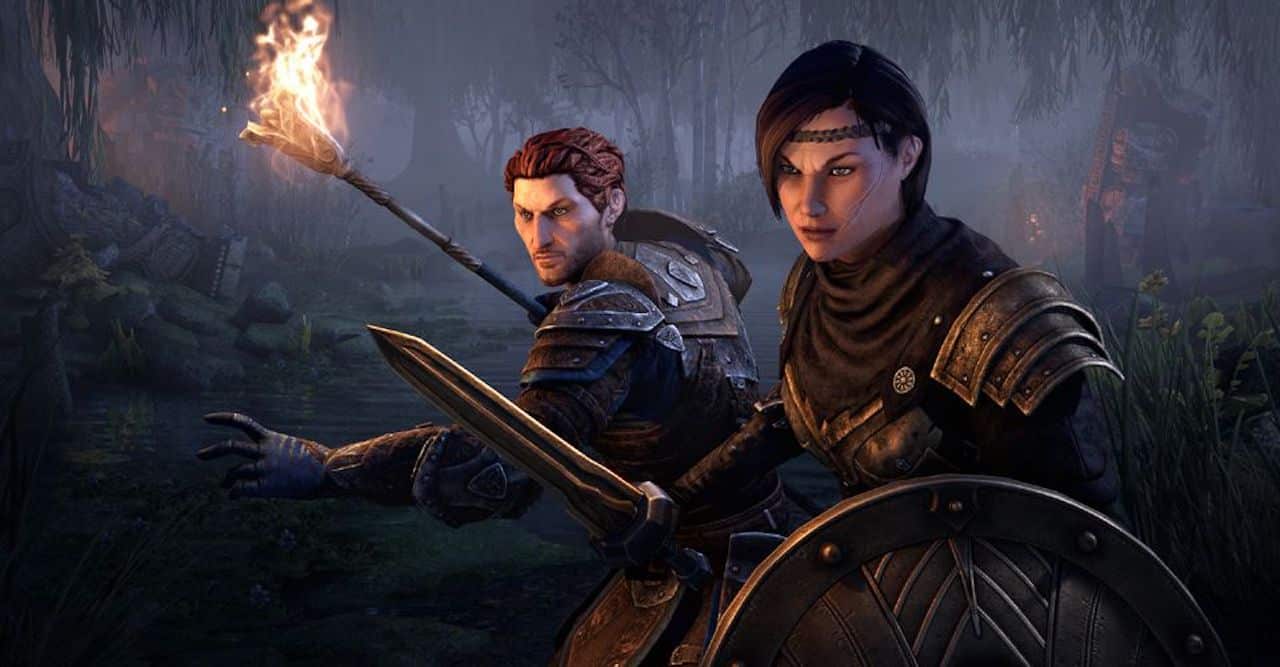 So if you are not investing in The Elder Scrolls Online Blackwood at launch then what can you experience? Well, quite an a lot. The base game will include the new quality of life changes as well as tweaks to the server and voice chat enhancements. Of course, we also have the new Console Enhanced version of The Elder Scrolls Online Blackwood that will improve the game for PS5 and Xbox Series X/S. This includes upgrades to the resolution, frame rate, texture improvements and much more.

New players or users who are creating new characters will be able to take on a new tutorial where they can catch up on the events of the game while at the same time follow specific life paths that touch on previous content. With or without owning the Blackwood chapter. 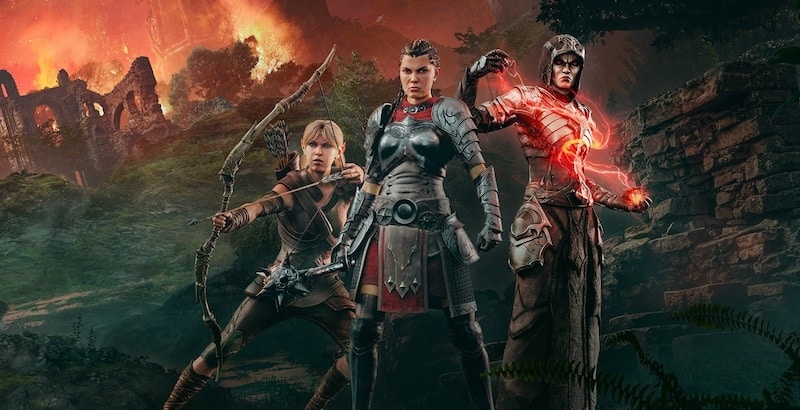 But the biggest addition for me is the Endeavour feature and everyone will be able to take advantage of it whether or not you purchase Blackwood. Endeavours are daily and weekly tasks that run in the background while you play The Elder Scrolls Online Blackwood. As you do specific things, these challenges will complete and grant you a new currency that can be used to purchase cosmetic items from a new unique store. These items will range from skins and tools to pets and mounts. This is a great way to get player to return every day even if it is just for a few minutes.

The Elder Scrolls Online Blackwood is shaping up to be quite an experience and when it arrived in June, I will most definitely lose a chunk of my life in the game. Not only will base game owners have the daily and weekly tasks to complete but the Console Enhanced version is a refreshing way to experience the game with some added polish. Not to forget we also have a new 12-player Trial coming our way too! Of which Zenimax says it is their most ambitious to date.

The Elder Scrolls Online Blackwood releases on 1 June for PC (8 June for console). Catch up on the latest gameplay trailer down below. Stay up to date by visiting the official site.