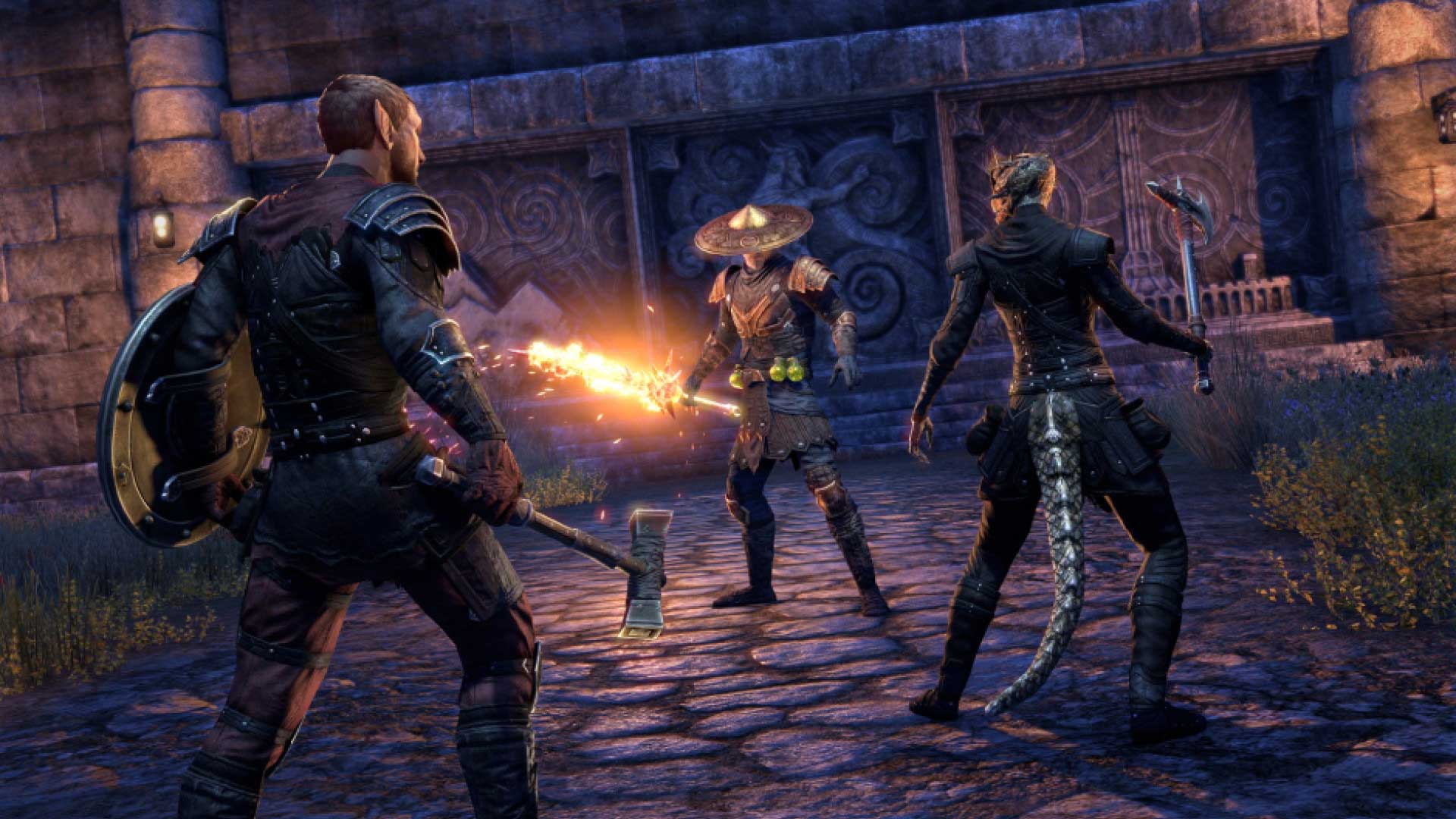 There’s no shying away from the fact that I play way too much Elder Scrolls Online and every year I sit in anticipation as the new expansion content rolls around. ZeniMax Online usually does a great job with the content. Last year’s Greymoor expansion was “okay” to say the least. It was expensive and compared to the previous year’s content drops, lacked excitement. Of course, my favourite expansion is still Summerset due to its sheer list of new things to do, obtain and the new region was gorgeous. The Elder Scrolls Online really brought the magic in that content.

This year, The Elder Scrolls Online is going the “Oblivion” route with its new expansion Blackwood and the first DLC has already made quite an impact. The Flames Of Ambition content launched a few weeks back but I only managed to jump in recently and I was impressed. 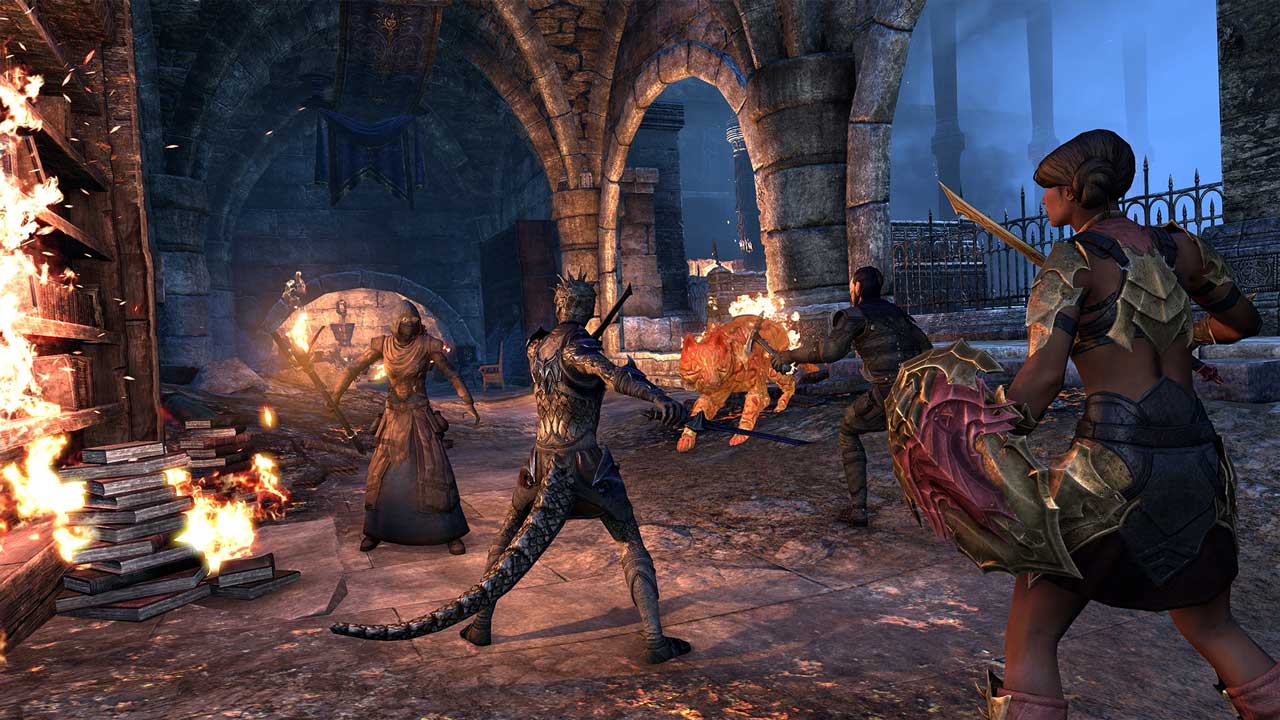 While the first of the two new dungeons “The Cauldron” left me underwhelmed, the DLC made up for this in the second dungeon called Black Drake Villa. The dungeon takes place in an old villa that used to belong to the Longhouse Emperors. I know what you are thinking, how can a villa be exciting when we have ventured to other realms and fought off dragons? Well, the dungeon is packed with secrets and the story surrounding the content is a joy to witness.

Eveli Sharp-Arrow is looking for a book in the villa’s library and asks for help in obtaining it. Of course, the villa is littered with trash mobs including Goblins, Minotaurs, Salamanders, mudcrabs and other beastly beasts. The dungeon also includes a new mechanic in ESO whereas the three main bosses all have their own hard mode for veteran players. This means that instead of activating the hard mode at the end for the final boss, you can do so throughout the Black Drake Villa. 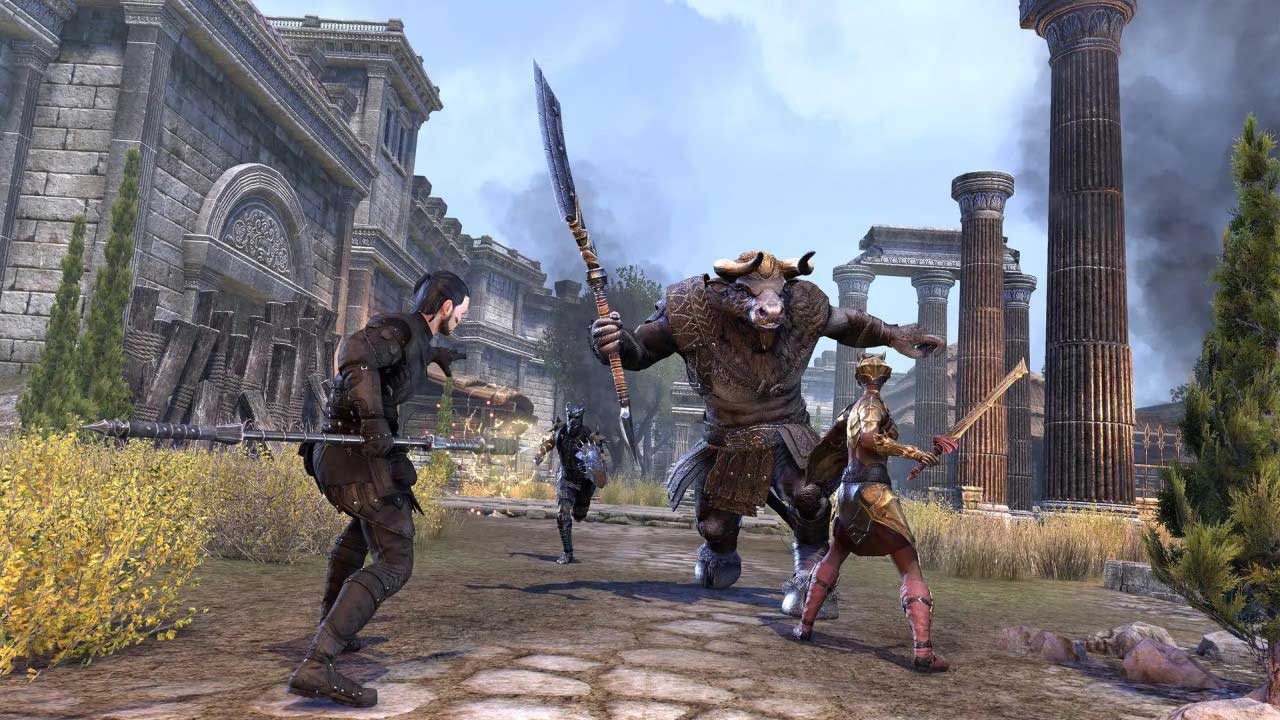 There’s also a unique ice transformation mechanic in the dungeon that can be activated by having at least 150 Ultimate. This transformation adds some depth to the boss battles by effecting the combat in some way or another. During the first boss, Kinras Ironeye I could turn into ice and freeze everything in the room including the boss. This buff also swapped the defensive Blazing Salamanger’s aura into an attack aura.

Players can simply race through the Black Drake Villa dungeon and fight the three main bosses but there’s much more to discover here. Specifically when it comes to the dungeons’ optional bosses including the final (final) boss Sentinel Aksalaz. Basically, the Black Drake Villa dungeon packs four additional bosses which can be fought throughout the area. These are found by completing puzzles in the villa.

Some revolve around pulling levers at the same time as other players and picking up and placing down orbs. If you kill all 3 normal bosses and every player in your group collects 30 Avatar Fragments by the end of the run, you can then face off against Sentinel Aksalaz.

It is a lot to take in but that is the joy of the Black Drake Villa dungeon. Usually, you would mindlessly work your way through this sort of content while binging Netflix on your phone but this dungeon got me to sit up and pay attention. Not only did the optional bosses make it worthwhile to explore and complete puzzles, but the sheer depth of the exploration here made it a joy to play through. If this is the level of content coming our way with The Elder Scrolls Online: Blackwood, then count me in. I can’t wait to see where it goes from here.

Those who want to jump into the action can do so now by purchasing the Flames of Oblivion DLC or accessing the content through an active ESO Plus subscription. The Elder Scrolls Online: Blackwood is set to release on 1 June 2021 for PC/Mac and 8 June on PS4 and Xbox. Check out the latest trailer down below.

PrevPreviousHitman 3 Gets DLC Based on The Seven Deadly Sins
NextBleach Anime Returns in 2021: Everything We Know So FarNext