When Gears 5 launched last month the game released with a limited-edition Xbox One X console which is pretty fancy. The console could be the best Xbox One X variant Microsoft has ever released with some striking features including a translucent top featuring the Crimson Omen which looks like he has been trapped in ice.

RELATED: Gears 5 Review – This Changes Everything

The console also comes with a copy of the game and an Xbox One wireless controller following the same design as the console, which is that frozen ice style and it really looks great.

Of course, while the inside of the box is cool, the smaller details of this console is what makes the bundle so great. Upon opening it, you realize this is more than just another reskinned Xbox One X console. The packaging all features this ice shell design and the cardboard colour scheme is a lot better than the usual boring white you find in almost every other console bundle. 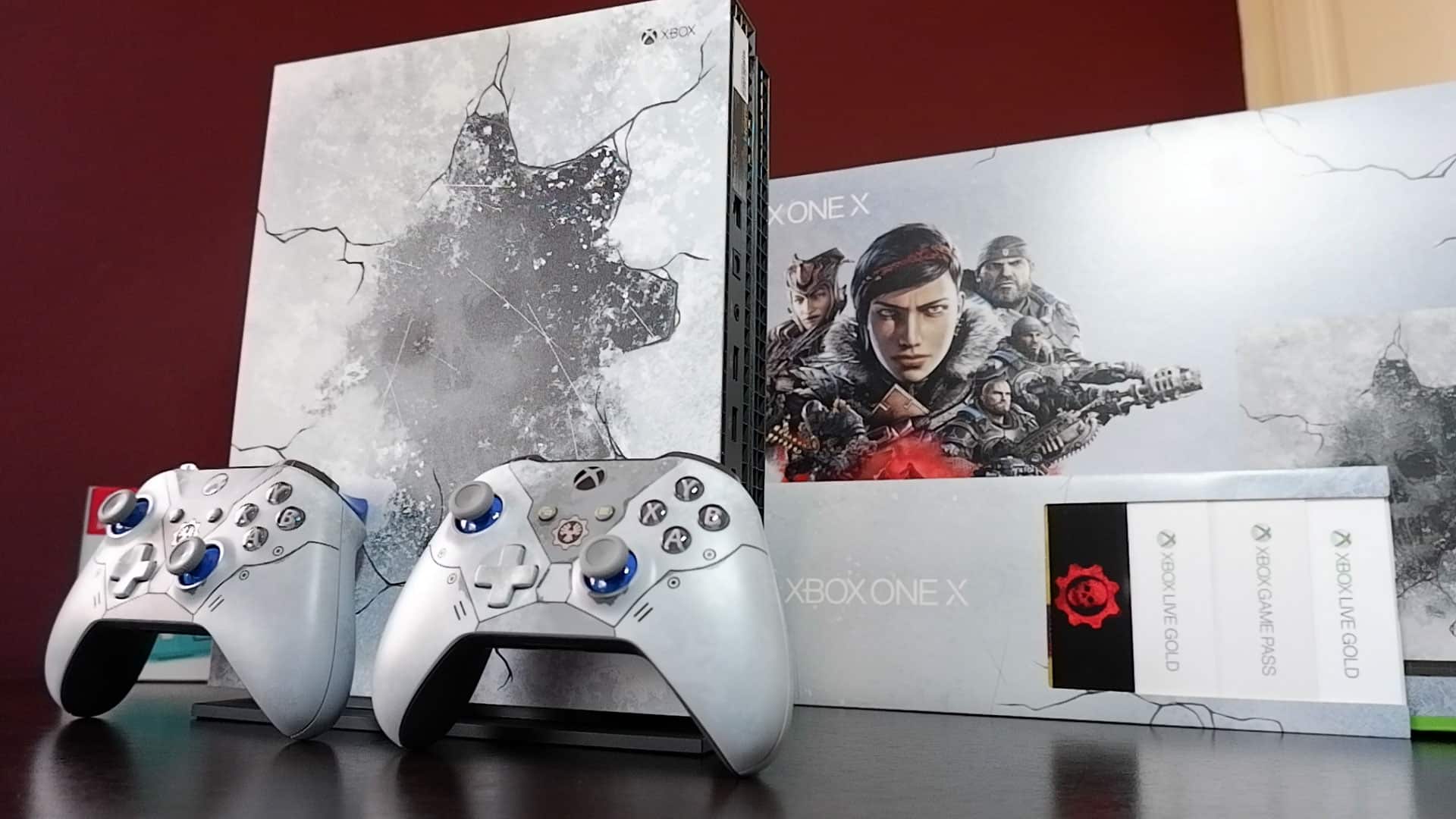 The main attraction here is the Xbox One X console and it looks stunning. The 3D translucent design brings the top of the console to life and even the cracks have been created to look and feel real. The cracks run across the shell from the middle all the way off the edge of the console. The overall design is inspired by Gears 5’s biggest open-world level in the game where you trek across a frozen landscape in order to find an abandoned research facility.

The Crimson Omen being stuck under the ice is a great tribute to an iconic moment in the game. We don’t spoil it but just know it features a lot of ice.

The console bundle comes with an Xbox One X console stand which is great as not many bundles, including the standard version, have them bundled in the box. The console has been designed with a vertical position in mind and it is ideal if you stand it up to show off the top design. Or you can just place it flat and no one will see it, up to you. But if you are spending R9000 on a console, best people be seeing it. The Xbox One Wireless Controller that comes with the console features Kate’s insignia on the top. It looks like it has been made from the same metal used to make the armour you wear in the game and even the analogue sticks bare Kate’s bright blue colour scheme. On the bottom, the Locust symbol can be found on top of the battery compartment. The LT and RT buttons also bare the same great blue which really stands out amongst the rest of the controller.

Other than the fancy outer shell of the console, it is pretty much the same thing here. The console packs a 1TB hard drive and the fancy Kait Diaz limited edition controller. Of course, if you are looking for some digital goodies then the bundle has you covered too. Included in the box are download vouchers for Gears 5, Gears of War 2, 3, 4 and Gears of War Ultimate Edition. So basically the entire Gear of War collection is included. You also get a trial of Xbox Games Pass and Xbox Gold which is great is great if you are a first-time Xbox adopter.

Overall, we loved this console, we think it is the best-limited edition version of the hardware to date and if you are looking for a fancy console to show off, this is the one. We want to thank Prima Interactive for sending this console through to us to check out.

PrevPreviousVampire: The Masquerade – Bloodlines 2 Has Been Delayed
NextGrab Two Awesome Free Games Now and Keep Them ForeverNext
Gaming | Xbox | The Gears 5 Limited Edition Xbox One X is The Best Console Out of Microsoft to Date