Advertisement
The Legend of Zelda: Skyward Sword HD Review
"Soar through the clouds in this remaster" 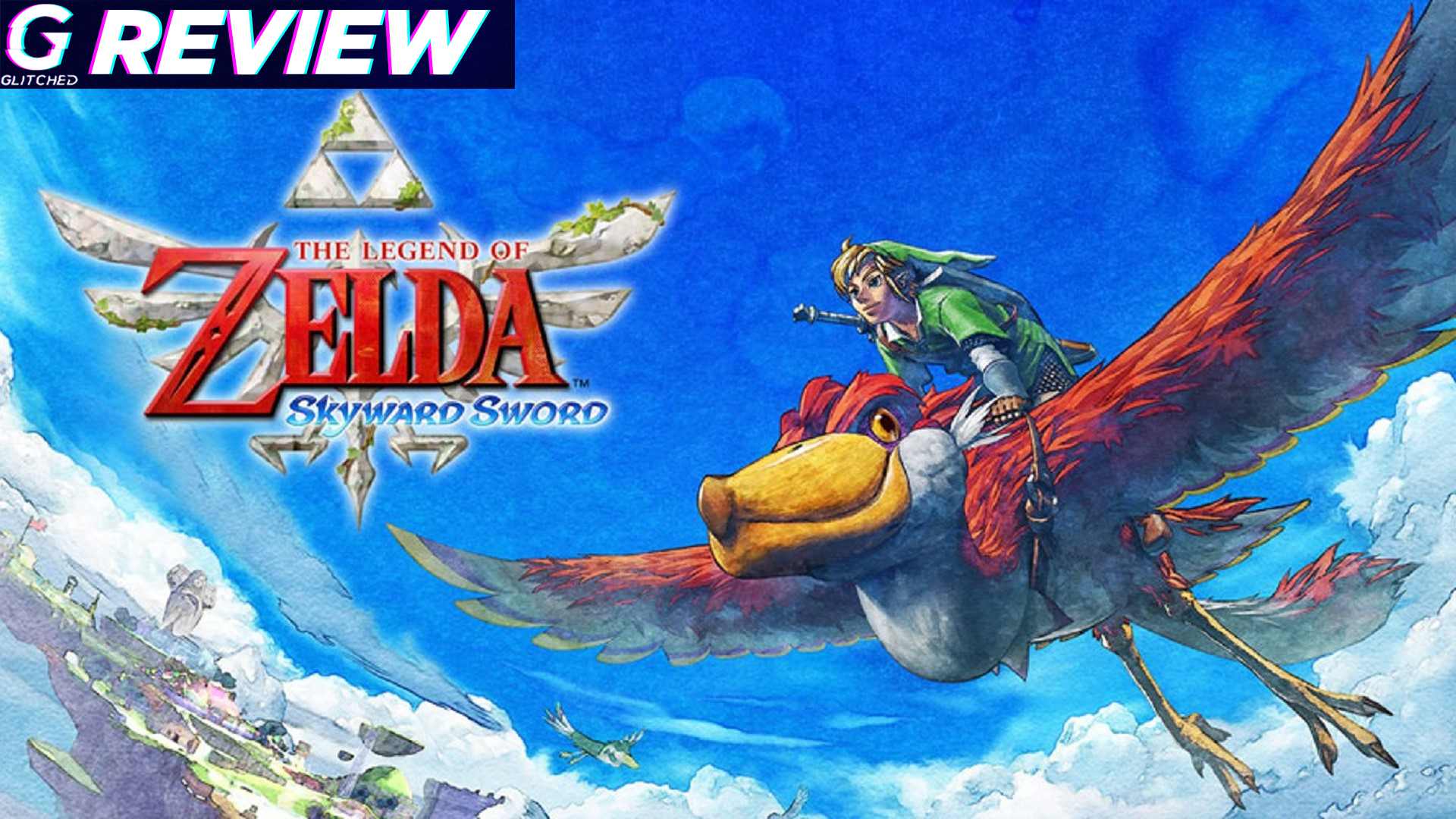 For many, The Legend of Zelda: Skyward Sword marks one of the best Zelda games in the series. Not only did Nintendo completely rely on the Wii Motion+ hardware back in the day to deliver a unique gameplay aesthetic but the game is also dubbed as the earliest tale in The Legend of Zelda timeline. Fast forward a few years and multiple console generations and Skyward Sword is back. The new port is but a simple remaster that takes the original experience off the Wii and plonks it on the Switch. However, it does come with a few tweaks and changes that users may enjoy.

For starters, the camera system has been reworked completely giving you free control over the world around you. When playing with two Joy-Cons detached, this is the best way to experience this new camera system as it means each analogue stick acts as it naturally should in the game. One walks while the other controls the camera. Of course, the right Joy-Con is then used for swiping your sword and acts exactly the same as the Wii Motion+ accessory. 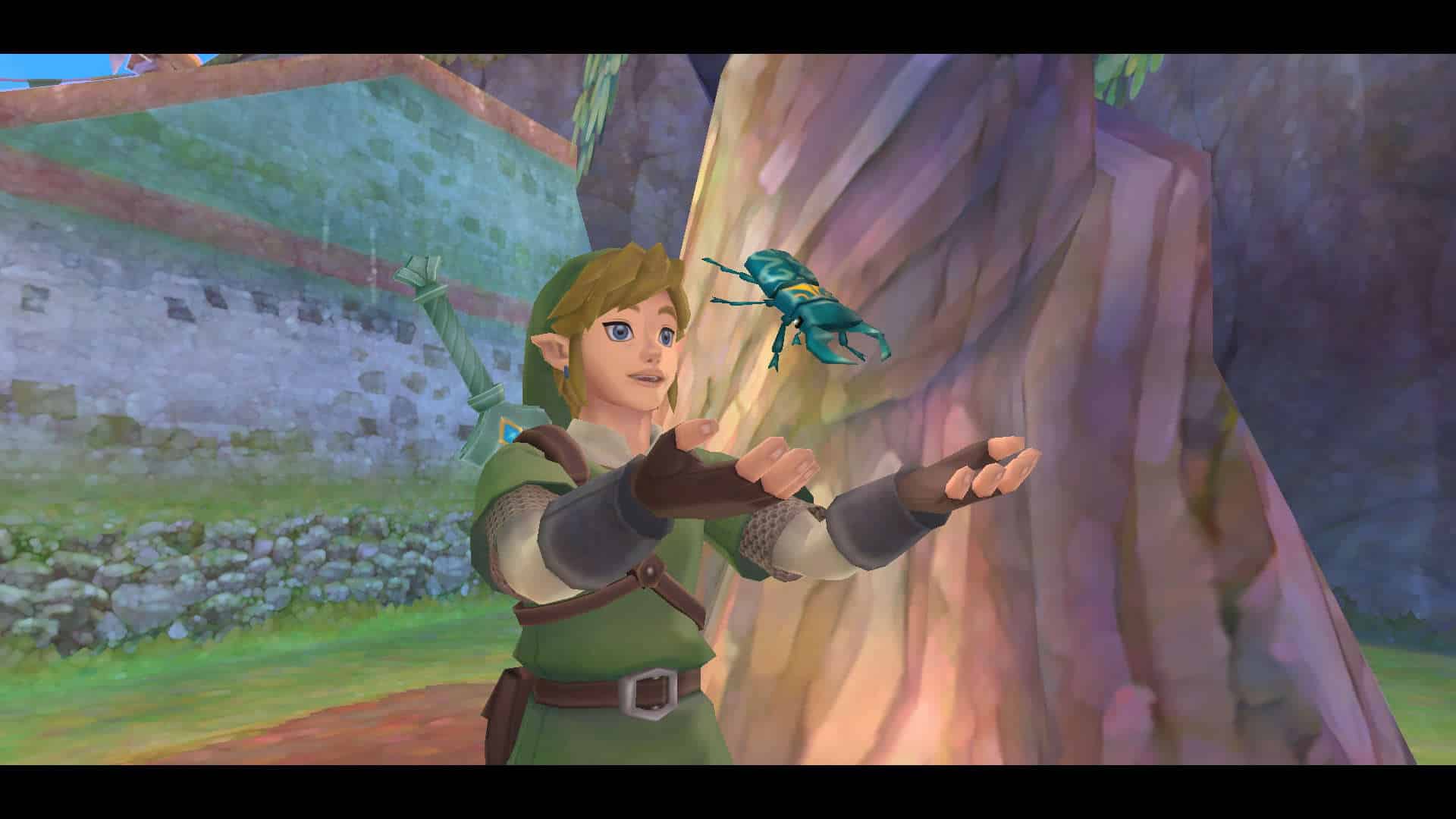 The game also runs at 60FPS in full HD resulting in a gorgeous way to experience this breathtaking masterpiece. The modernized visuals might look a bit rough in certain areas of the game but the cel-shaded art style shines on both handheld and docked modes.

Unfortunately, not everyone is going to enjoy these changes as much as the next person due to how Nintendo has implemented some systems. For example, if you don’t have a Switch with detachable Joy-Cons then the camera system can only be controllers by holding down the left bumper. This swaps the right analogue stick from a sword attack to the camera movement. This means every time you want to look around you need to stop what you’re doing to sacrifice the right stick for the camera. 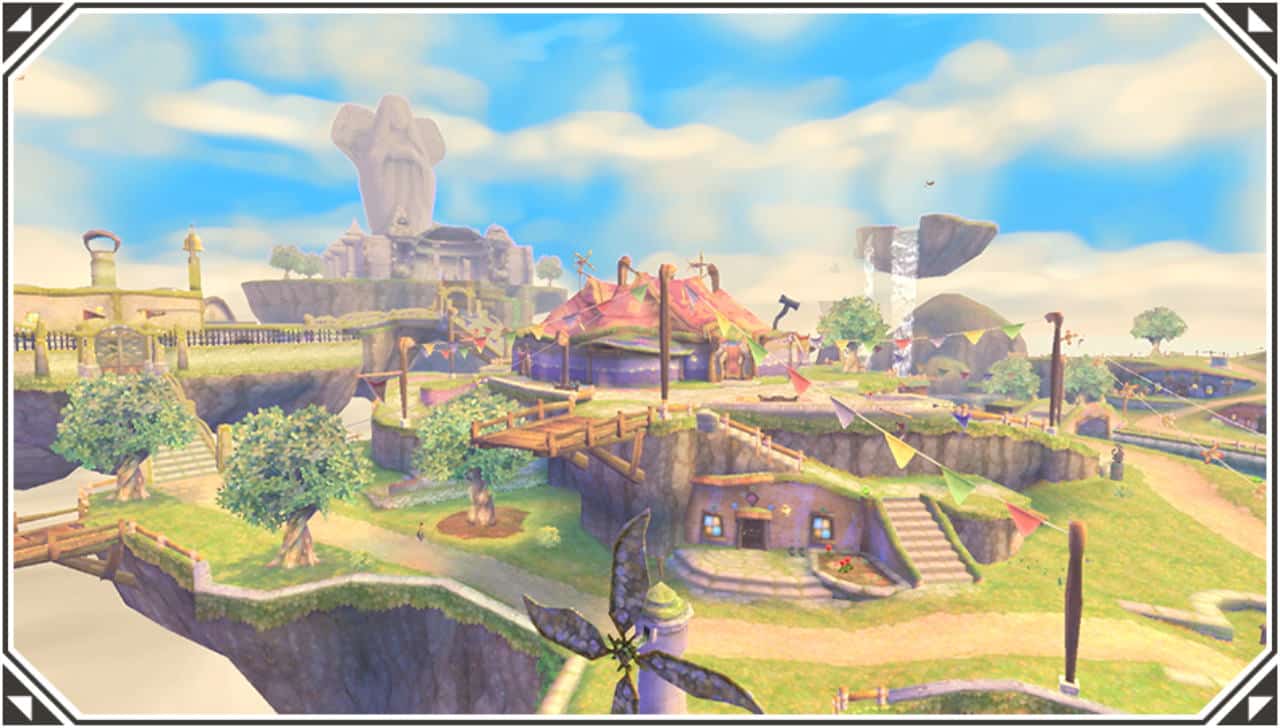 This whole system is far from perfect and is not the best way to play this game at all. It was built on the foundation of the Motion+ back in the day and while Nintendo has made some compromises to make it work on the Switch, it still plays best with a Joy-Con in each hand. I could not enjoy it the same and it also means you can’t attack and use the camera at the same time. 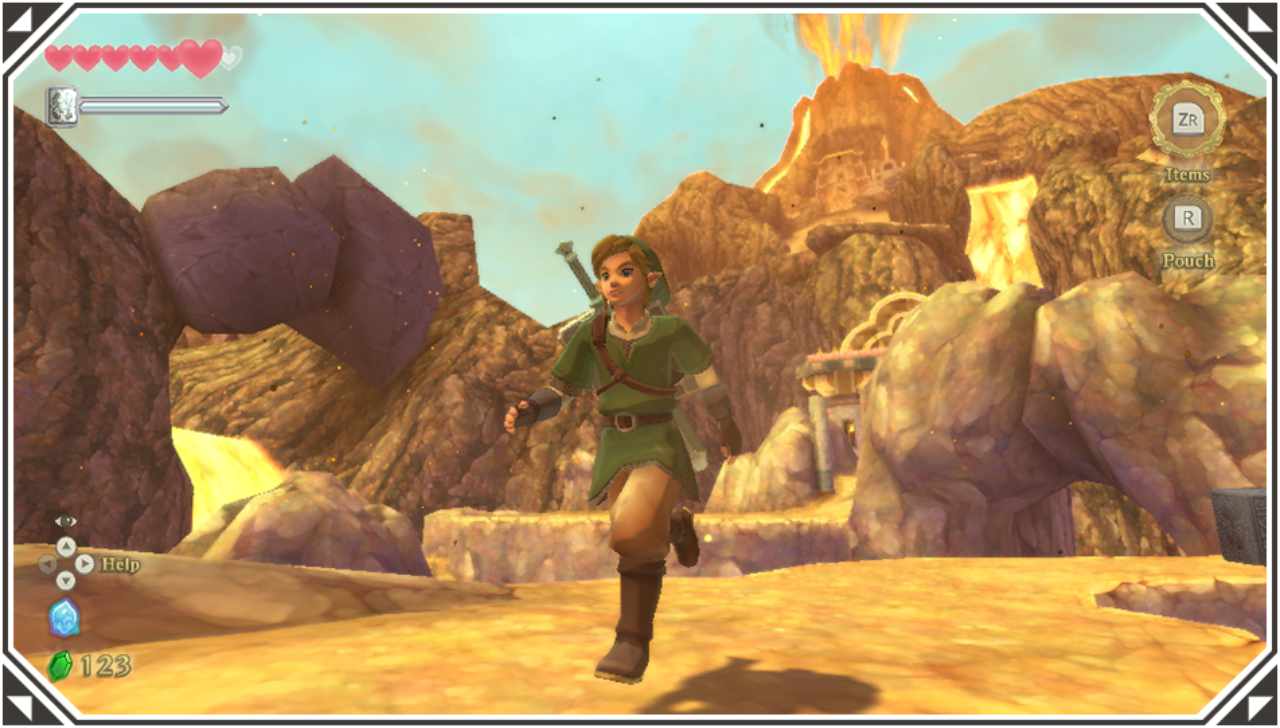 I know people hated the Motion+ controllers back in the day but The Legend of Zelda: Skyward Sword HD shines brightest when making use of them to play this game. It kinda brought back memories of playing games on my Wii with a Nunchuk in one hand and the large Wii controller in the other. I am sure you will back me up when I say that gaming’s greatest experiences came from the Ninteno Wii. Motion controller and all.

If you don’t know what I am talking about, the Motion+ support added a new layer of depth to the game. Instead of a small flick of the wrist to swing your sword, the Motion+ relied on actually swinging your arm in precision to replicate a sword swing. It added a massive layer of depth to games especially anything related to movement.

Wonky controller system aside, The Legend of Zelda: Skyward Sword HD is a masterpiece to this day. Its storytelling, gameplay and world still hold up as the series’ best and if you have never played the original, this title hasn’t aged much at all. It follows the story of Zelda and Link who get torn apart one day while soaring through the skies on Loftwing and Crimson Loftwing. The world below vanished years back and the people now live in the clouds and avoid this so-called “Surface” due to the dangers below. 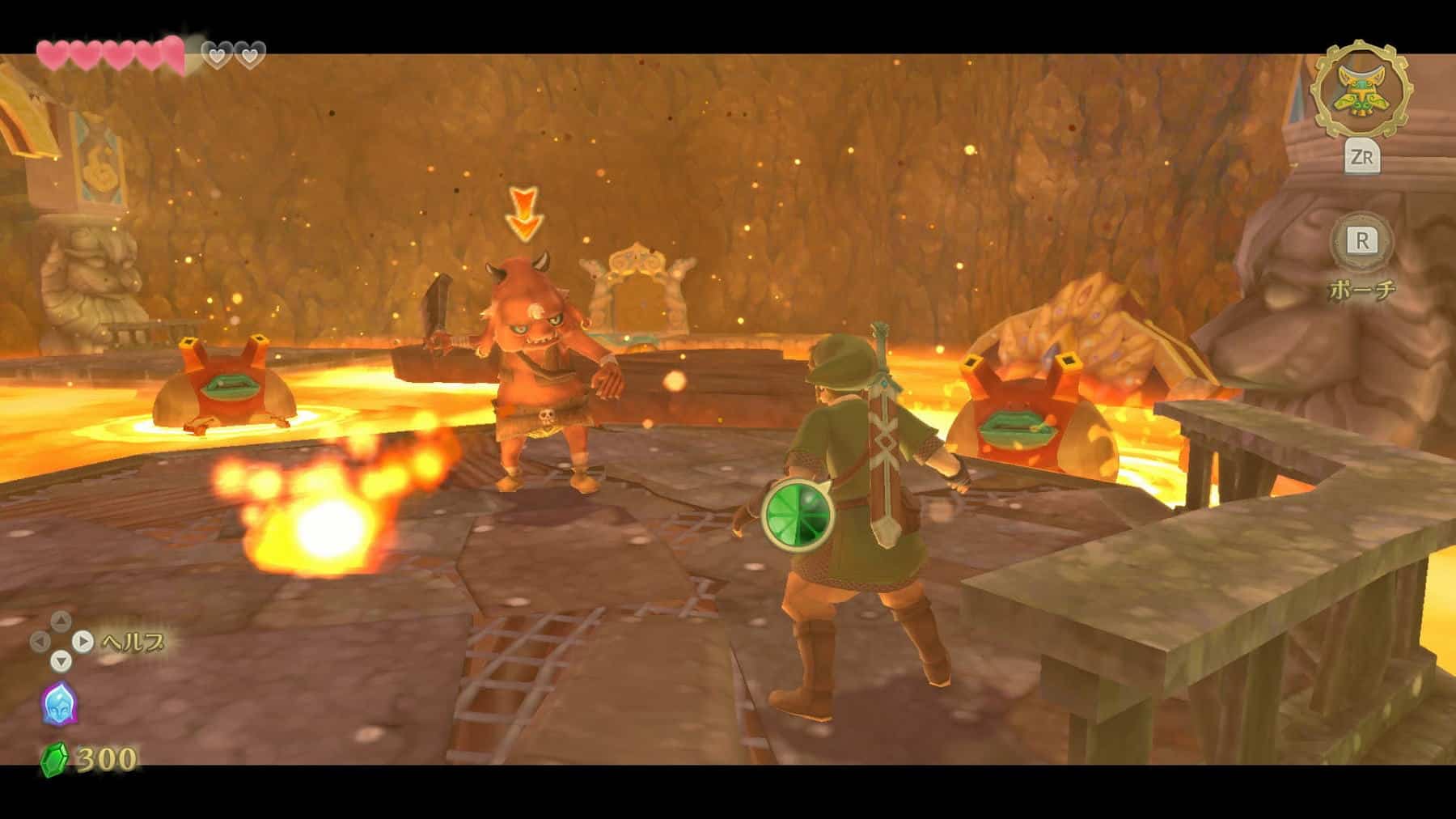 After tumbling through the clouds, Zelda gets lost and Link sets off on an adventure to the Surface to find her. Turns out he is actually one of the legendary heroes (of course he is) that can wield the powerful Goddess Sword. He meets a strange fairy with no arms named Fi and they head below to stop the dark forces that await.

The Legend of Zelda: Skyward Sword HD follows most traditional Zelda games when it comes to its gameplay loop. Link explores the world, finds a dungeon and gets through it using a range of gadgets. Most of the time, these dungeons are usually focused on the most recently obtained gadget and the world progresses through the same traditional Zelda unlockables. 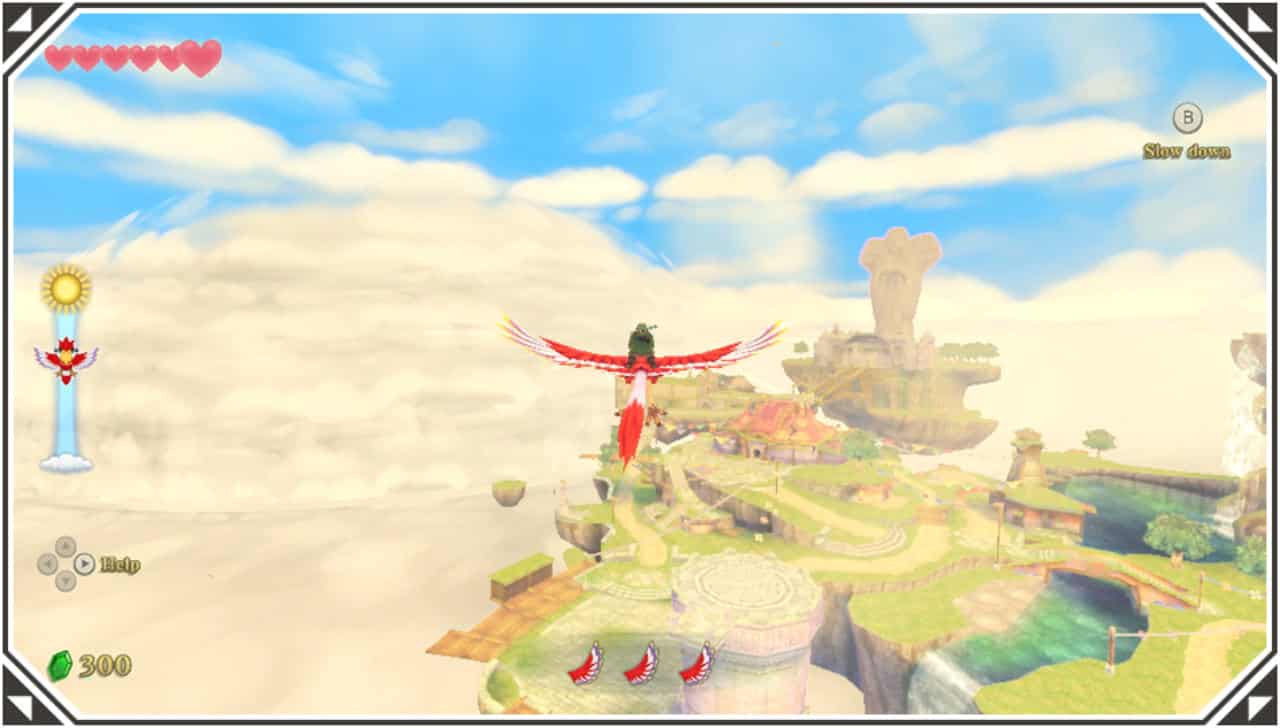 Skyloft also acts as a crucial location in the game where Link can purchase new items, fill up potions and take a break from the usual daily tasks of saving the day. The Legend of Zelda: Skyward Sword HD is also a lot less linear than most Zelda games. Instead of visiting a location, completing it and never going back, much of the game saw me return back to past areas with new objectives at hand. Even the world outside of the dungeons provided ample puzzles and new places to explore.

Not to mention the flying that also acts as a whole dimension on its own. I spent hours soaring through the air around Skyloft finding secret areas and collecting items. It adds a unique gameplay element that not only feels great to experience but works extremely well. Anyone who played Wind Waker or Spirit Tracks will feel familiar here as it is used as the game’s main method of transportation. 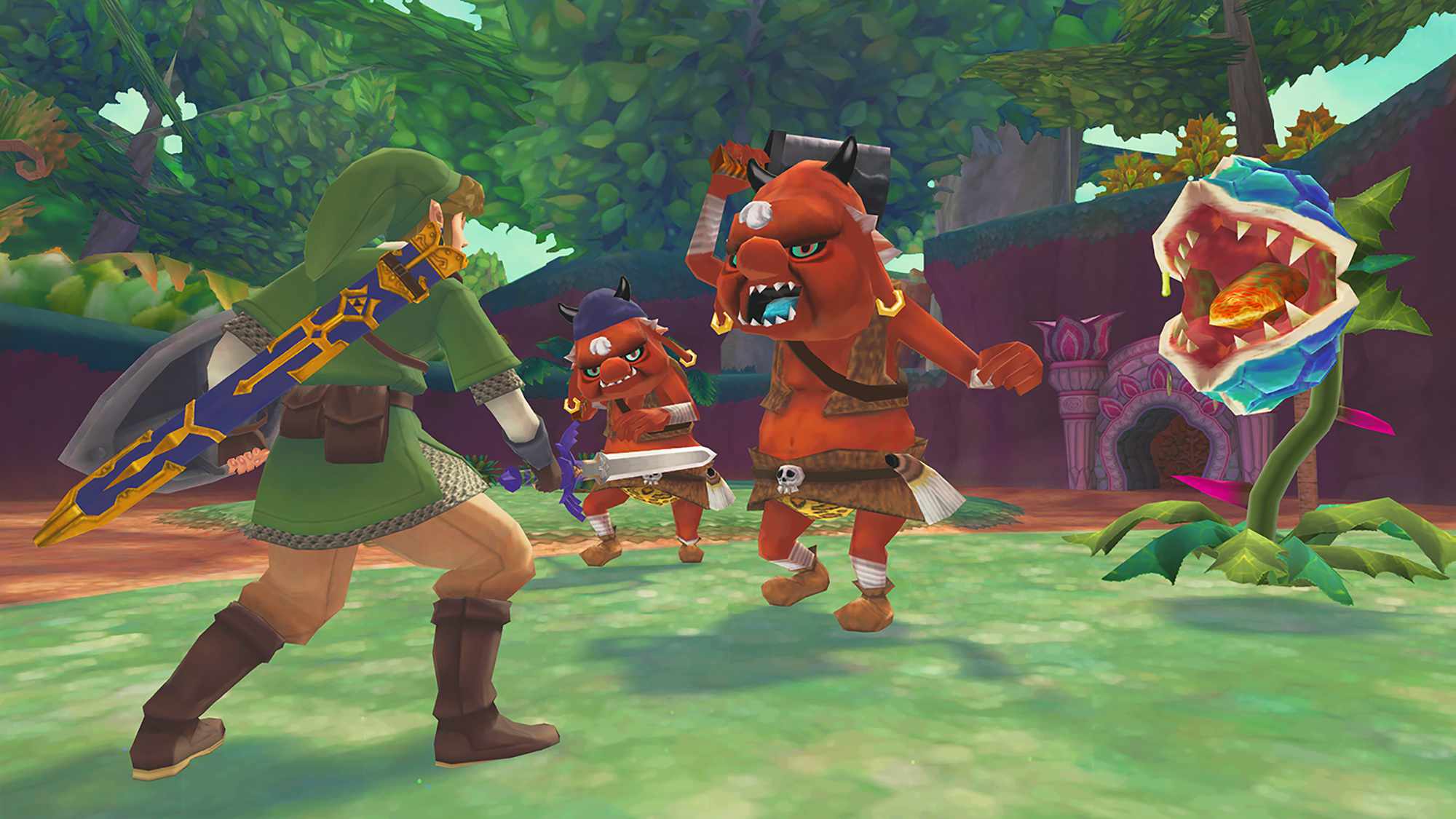 For the most part, The Legend of Zelda: Skyward Sword HD shows in scope how magical the series still is today. It may be on a much smaller scale compared to say Breath of the Wild but this game is still a timeless experience. My only issue must be the new control scheme that simply does not work as well as it should. If you are using two Joy-Cons then you’ll love this but other than that, Nintendo had to make a plan to support other movement schemes and the plan does not work as well as it should. Do yourself a favour and use two Joy-Cons here if you can.

The Legend of Zelda: Skyward Sword HD is still one of the greatest Zelda games ever made. It looks and runs better than ever and getting used to the controller system might be a struggle. However, this is definitely the best way to experience a timeless Zelda game. One that redefined the series.

This The Legend of Zelda: Skyward Sword HD review was based on a code sent to us by Nintendo