Before I go into details about The Magic Order 2, I can still remember so vividly the first time I got my hands on the first series. I was at my partner’s house, and my go-to comic book store (Critters and Comics) gave me a call telling me that they had gotten me a copy. Everyone had been hyping The Magic Order up so much that there was only one way for it to go, down. Yet, against all odds, The Magic Order managed to live up to all the buzz surrounding it and more.

The Magic Order was the first comic to come out of Millarworld (Wanted; Kick-Ass) since Netflix bought the company in 2017, and at the time, no one knew what to expect out of it other than that it was going to be R-rated and one of the biggest companies in the world was behind it. The excitement was tangible, even among friends who had never really shown much of an interest in comics before.

The Magic Order consists of six issues and is an adult fantasy-horror comic for those who may have missed it. The story focuses on “The Magic Order”, a secret organization consisting of five wizard families who are entrusted with upholding the safety of the world as we know it, and keeping all supernatural and magical threats under control. However, when someone starts killing off members of the order one by one, they need to figure out how to stop this unknown assailant before they find themselves completely wiped out, leaving the fate of the world uncertain. 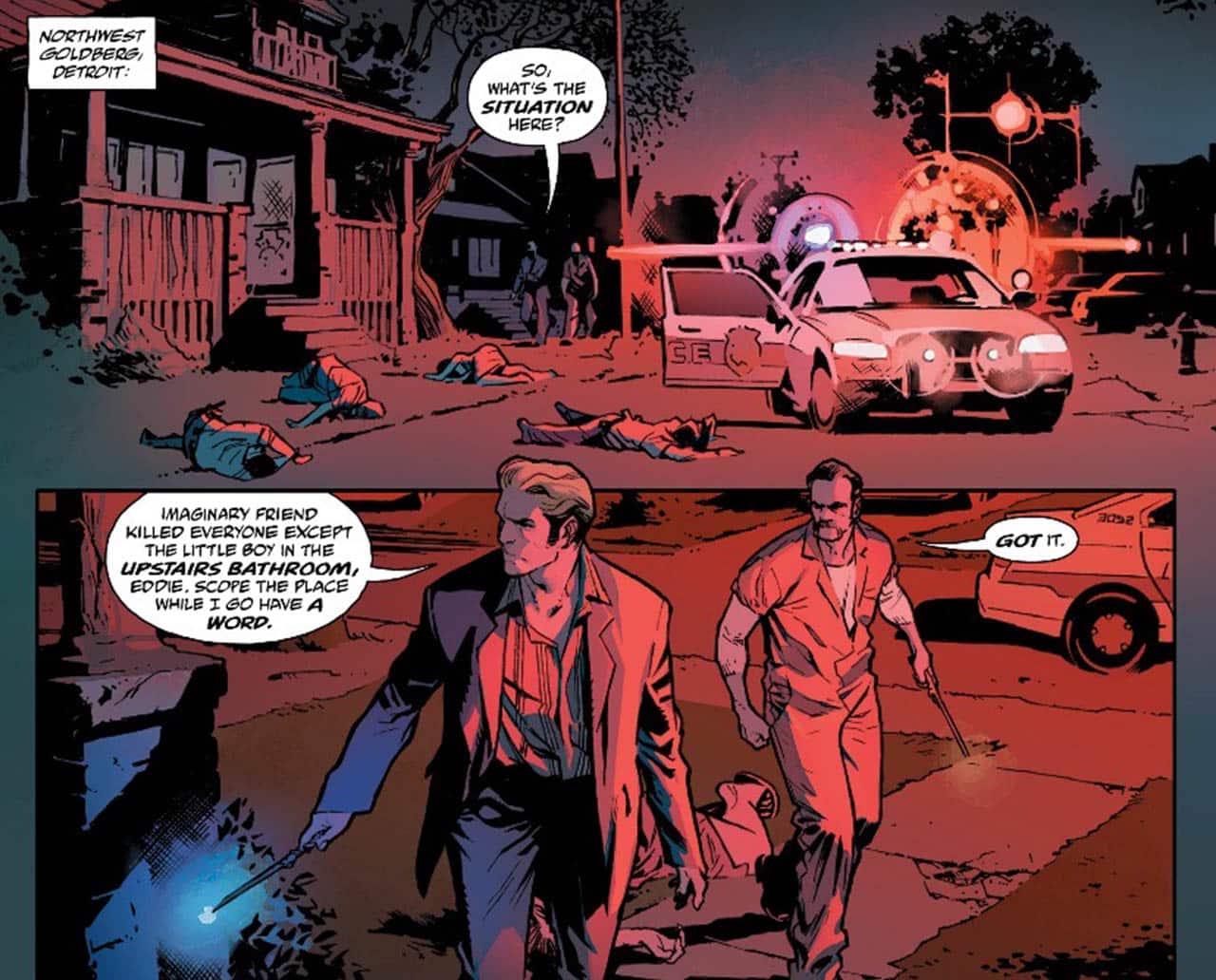 Created by renowned comic book writer Mark Millar (Kingsman; Kick-Ass; Wanted) and with art by Stuart Immonen (Fear Itself; The Adventures of Superman; The Amazing Spider-Man) for Image Comics (Home Sick Pilots; Shadecraft; The Me You Love In The Dark), comes The Magic Order 2, the direct sequel to The Magic Order. Before going any further: if you haven’t read The Magic Order yet, go and do that, then come back here. The Magic Order 2 builds onto the world created in the first series and doesn’t recap anything, so if you aren’t already familiar, you’ll find yourself stumbling through the dark all the way through.

Following on from the events of The Magic Order, we see Cordelia Moonstone take over her father’s role as the leader of The Magic Order. Everything is going well, Cordelia may be struggling with her new role, but she’s also ready to embrace it. However, Victor Korne, descendent of Soren Korne, threatens all the peace created by The Order.

Victor yearns for a world where magic is not something that exists in the shadows, instead of something dominant that pushes the rest of the world there. Before long, the London Chapter of The Magic Order shows up to talk to Cordelia and what they have to say is troubling, to say the least: Victor has started creating his own Magic Order, an Order who want to usher in a new dawn of dark magic. I won’t lie, it’s been a long time since I read The Magic Order, and when I got my hands on The Magic Order 2, I used it as a perfect excuse to go back and immerse myself in the series once again. When I first read the series, I remember feeling like it was a comic already written with an adaption in mind; just how the panels were laid out and the story was told screamed: put me on TV! And The Magic Order 2 is no different. Back in May of this year, Netflix confirmed it had started work on the adaption, and as I find myself pulled back into the world of The Magic Order, it’s something I find myself really looking forward to.

While The Magic Order 2 is hardly “new reader friendly”, this is actually one of its strengths. Instead of wasting time trying to get everyone on the same page, the comic just starts you right off in the action, meaning it never feels dull, and if you find yourself lost, you’re welcome to go back and catch up on your own time.

I loved the juxtaposition between the dark and broody sections and the bright, colourful ones. It perfectly encapsulates all the types of magic there is, from the kind that keeps you up at night by hiding under your bed, waiting for you to fall asleep so that it can go and kill everyone you’ve ever cared about to the joyful kind that’s light and brings laughter to the hearts of all. Not everyone could pull this level of contrast off while making sure it still felt like pieces of the same puzzle, but that’s exactly what artist Stuart Immonen was able to do. 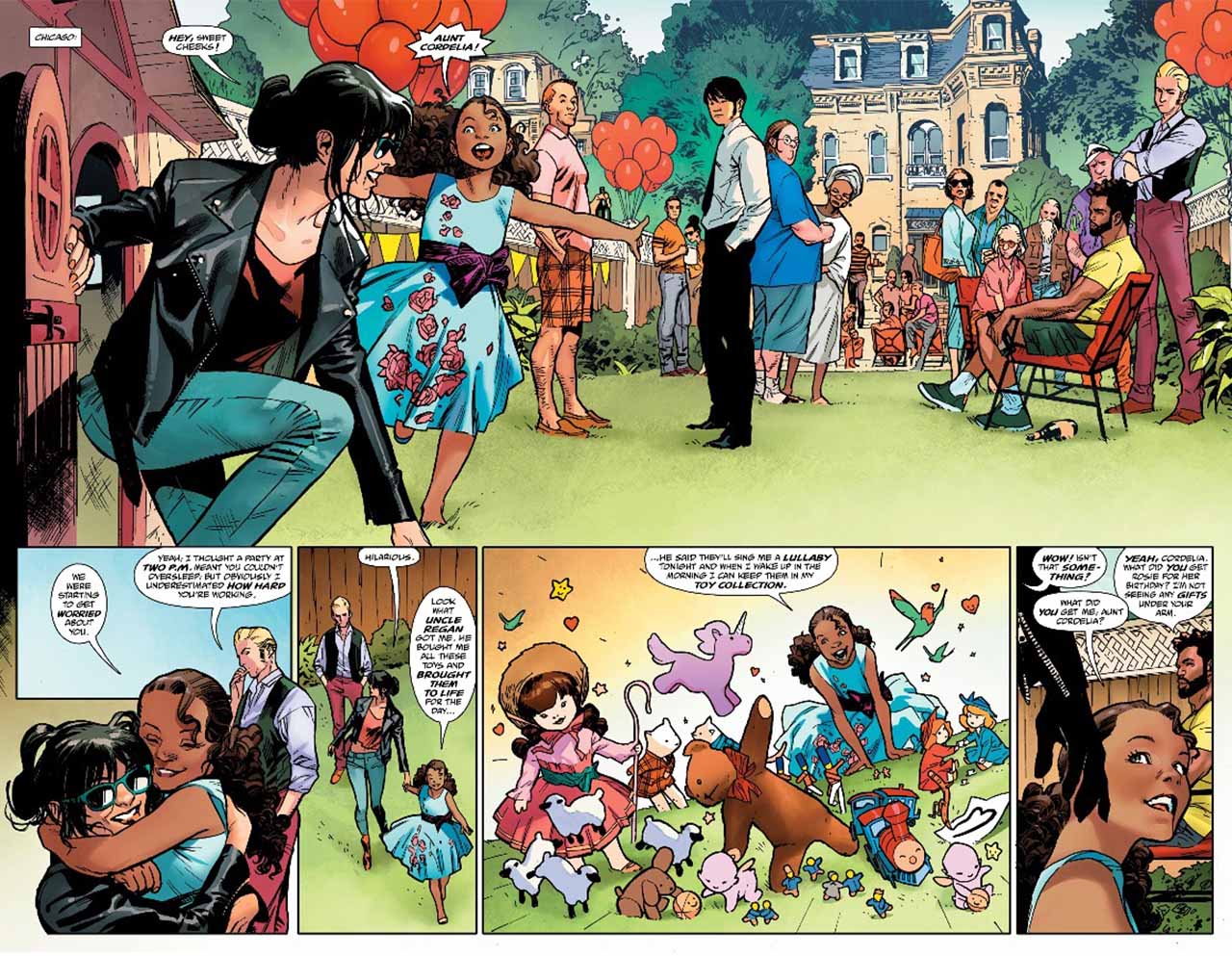 Overall, The Magic Order 2 is off to an absolute banger of a start, and I can’t wait to see where the rest of this story will lead. If you’re someone who likes urban fantasy stories, but you don’t necessarily read comics, I implore you to at least try The Magic Order. It’s a comic that reads like watching a Netflix show, and if that makes no sense to you now, it will the moment you start reading it. Trust me.

Want to dive into this world of wizards, magic and murder for yourself? Remember to head over to Critters and Comics. The Magic Order and The Magic Order 2 is available to collect as either 12 Single Issues or 2 Trade Paperbacks. If you don’t know what any of that means, but you’d like to, click on our commonly used comic terms only post here.