There is no shortage of psychological horror games on the market. Every second indie game does it and most of the time, developers shy away from creating simple blood and gore horrors in favour of those which really get you thinking. The Medium is not the best horror game I have ever played but it is one of the most unique. It is also slow, the gameplay never goes anywhere and the scares are far and few between. However, right now I am so hungry for Xbox Series X/S games that I found myself completely drawn into the world and the characters. So much so that in the end, I actually forgot about the things it did wrong and enjoyed it.

The Medium is not an action game. There’s very little combat and it relies on heavy story elements and characters to carry it through. It also means that the places I explored and the things I discovered had to be meaningful and thankfully they were. The game is set in the late 1990s in Krakow, Poland, as I experienced the life of a psychic or ‘Medium’, named Marianne.

The game begins at Marianne’s home as I slowly discovered that the lady I was controlling is more than just a simple protagonist. Marianne has the ability to live both in the spirit world and the real world. She can control objects in both worlds which helps aid her in certain ways. Most important of all, she can see the dead or more the “lost” dead who have yet to pass on. Her ability then lets her not only communicate with them but also help them move on peacefully by learning their names and sending them away.

The game only really picks up when Marianne gets a strange phone call summoning her to a once-thriving but now desolate hotel resort called Niwa. While at first, I knew very little about this place, the documents and ghostly remnants that remain in the empty halls and rooms slowly expand the game’s backstory and touch on the events that took place in this massive environment. 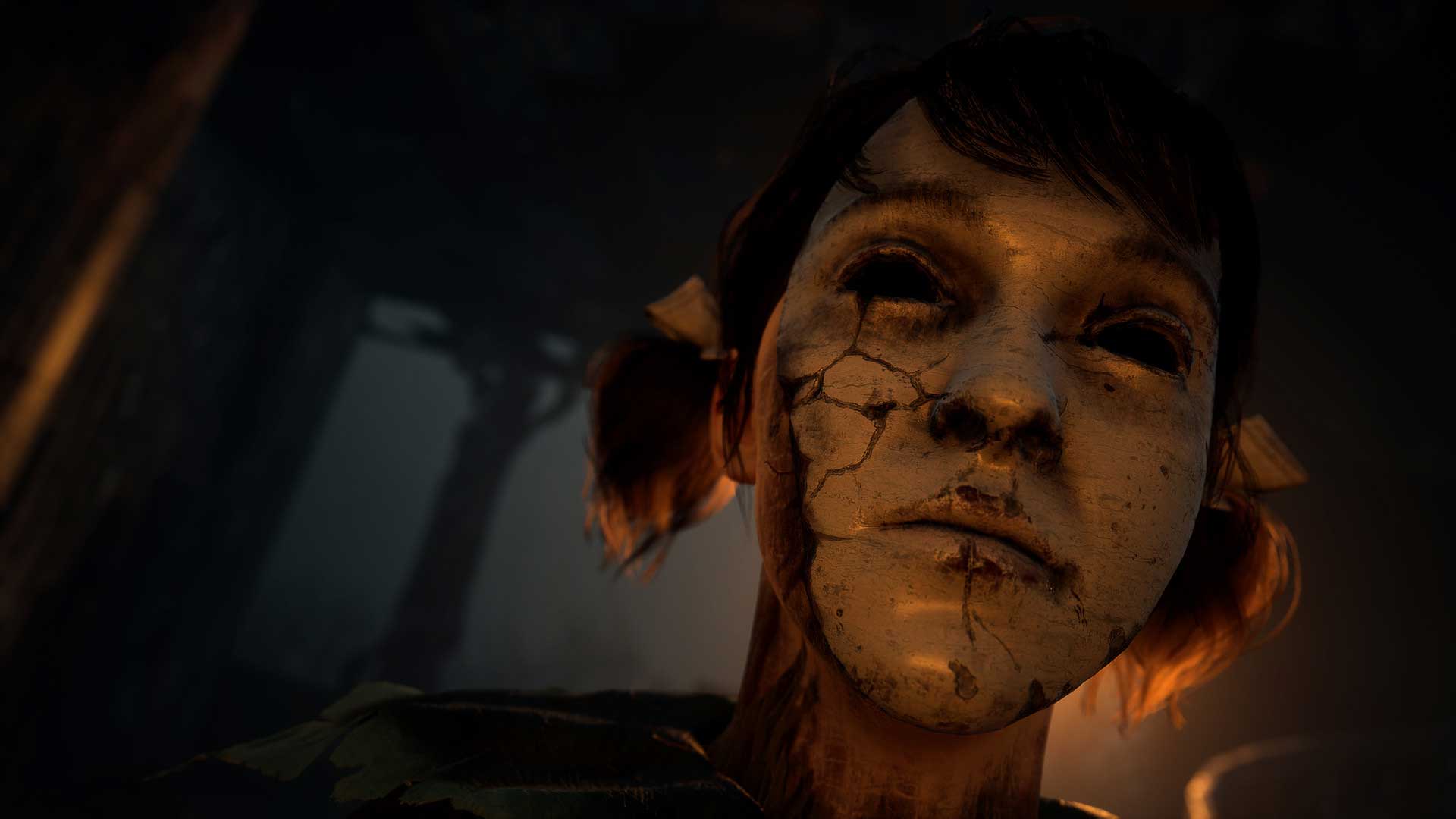 Most of the time, The Medium feels like playing an old-school horror game. Sort of like Silent Hill or the old Resident Evil games. The fixed camera gameplay works great with the game’s setting and overall ambience. Walking through a dead forest and through an overgrown courtyard reminded me of exploring the schoolyard in the original Silent Hill. It works. This also means that when the dual-reality gameplay comes into play, the fixed camera let me easily focus on both scenarios without having to worry about where the spirit version of Marianne was in comparison to the real-world version.

The Medium progresses in a somewhat linear way. The resort, being a huge dilapidated structure means that progression is often limited to the current section I was exploring. When I could not walk down a corridor due to it being crumbled and destroyed, the spirit Marianne was able to get across in her realm thanks to it being covered in horrific-looking vines. The same can be said for doors which were blocked by a strange force in the real world only for them to be covered in skin and sliced open in the spirit realm. 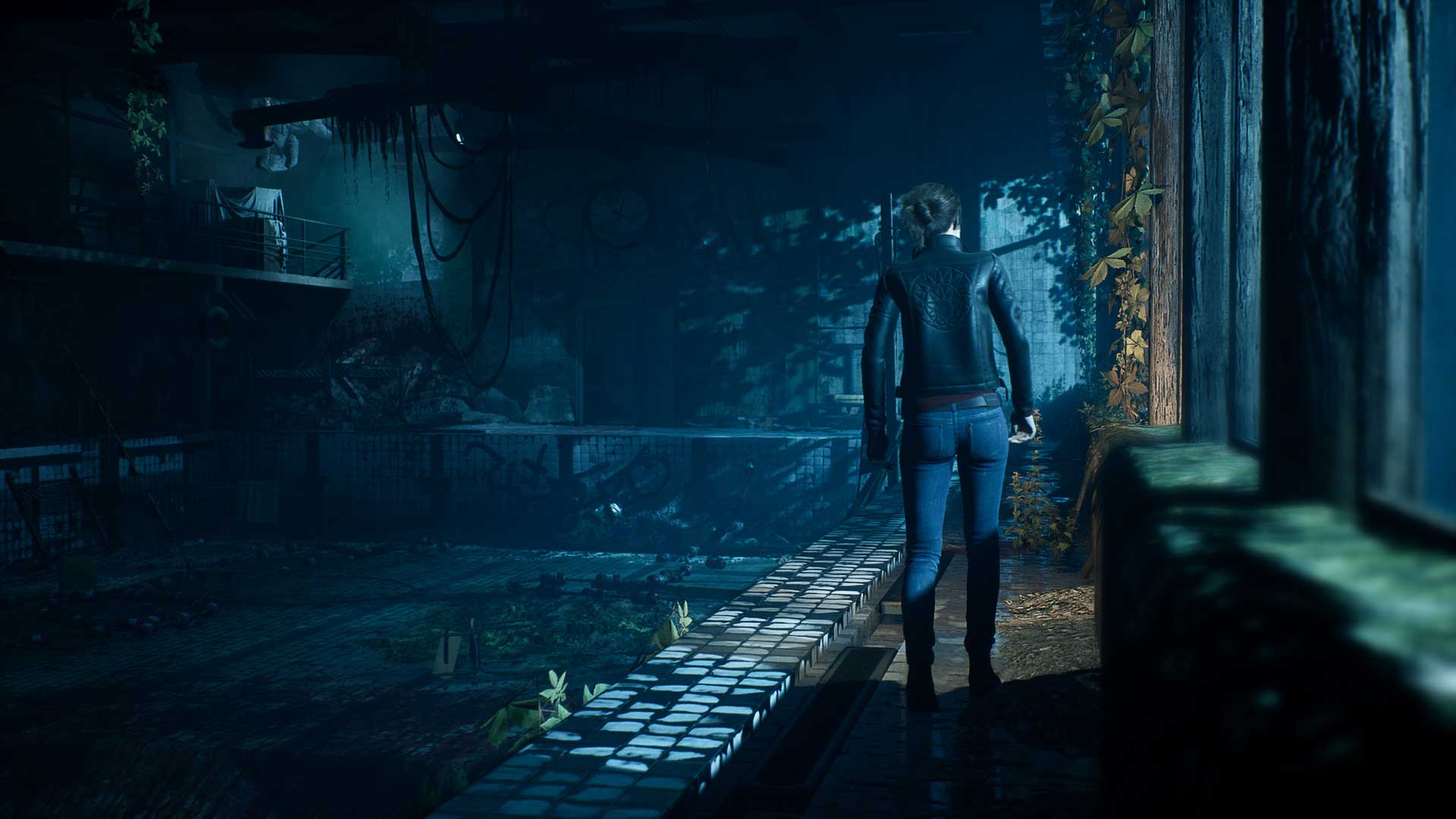 Getting through an area in The Medium was never challenging. Often it relied on tracking down an item or combining the ability to move around each realm to get past an obstruction in order to get the said item. Other challenges came in the form of giant killer moths which had to be avoided by using the spirit realm Marianne’s force shield to run through them. There were also times when I had to blast through a wall using a spirit blast. However, these abilities can only be performed once I obtained a charge. Usually, these charges had their own simple puzzle mechanics involved such as finding an item related to the ghost story in the room.

Then there’s The Maw which haunts Marianne throughout most of her adventure. The Maw can insta-kill Marianne which forces her to hide and sneak away from it as it lurks through the area and hallways. This demon can travel between realms and in the spirit realm, I could see the flesh of towering creature while in real-world it was translucent. These encounters were cleverly put together. Some of them relied on making use of the environment to distract the demon and get away safely while others, I had to be very slow and even hold my breath. Its ghastly voice and terrifying appearance make it one to fear throughout the game.

However, these moments are over too soon. That is the issue I had with most of The Medium. The mechanics and general gameplay are fun and provide a decent challenge but the game’s length of around 8-10 hours means nothing lasts long enough to enjoy it. The ‘run and hide’ gameplay is limited to a handful of moments and even the puzzles and use of the spirit world to progress through an area does not last long enough.

I also felt as if The Medium tries to play it safe way too often. For example, there’s a stunning chase scene where the game flashes between the real and spirit world while Marianne avoids obstacles and gets over gaps by transitioning between the two realms. Unfortunately, this whole sequence is brought down by the fact that I had no control over the transitions. I just sat there holding down two buttons to make her run. This could have been a fun way to mess around with the whole “two realms” mechanic if I had control over the switching and I had to time it perfectly to make sure she did not fall through a hole in the floor. 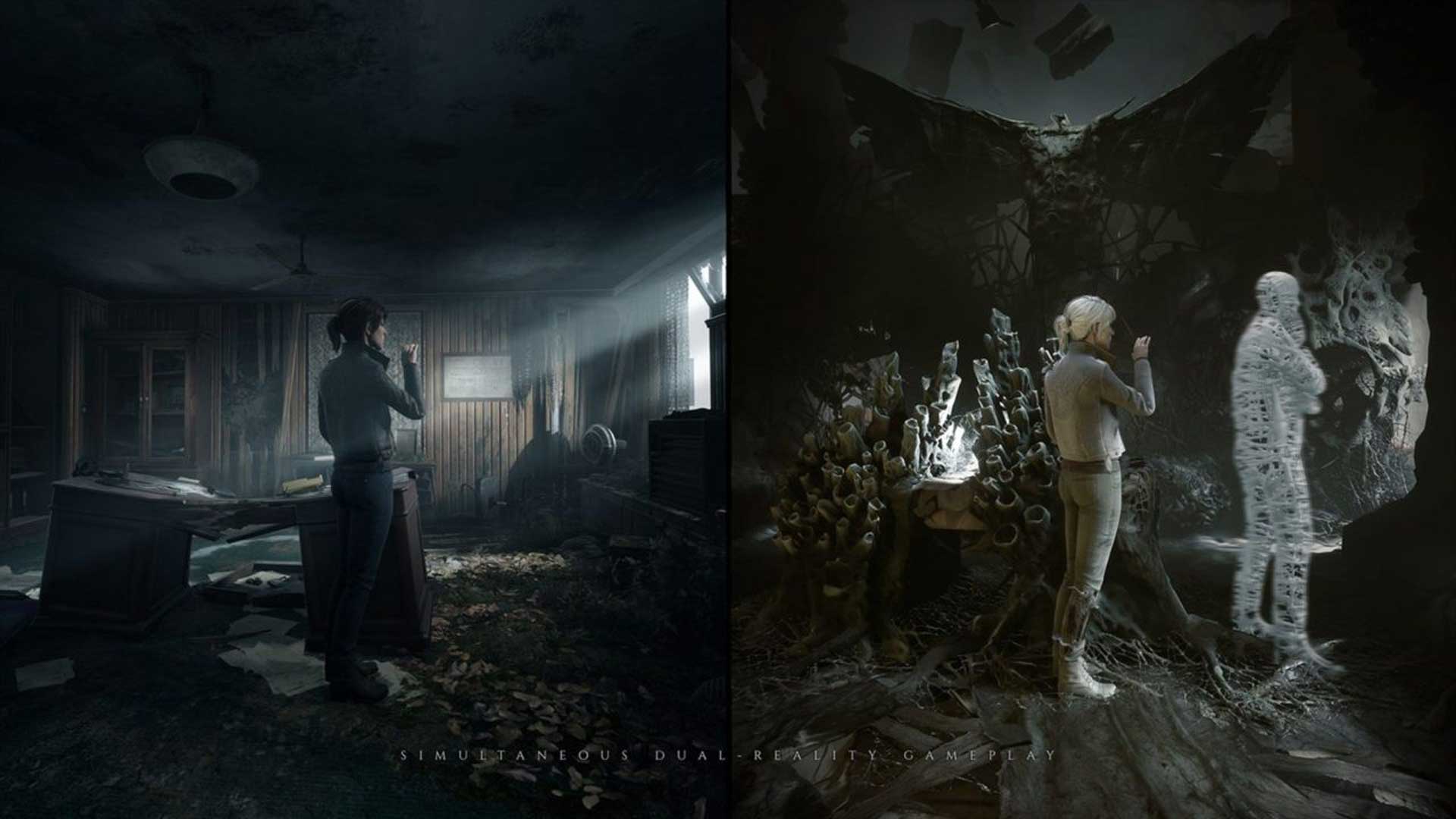 It is a big miss for me especially considering that the game is only a few hours long. It never attempts to think out of the box. Every challenge and location was was fun to experience but it had all been done before and whenever I sat up thinking that it was time for something new, it never happened. Some people may not be bothered by this as the game’s gorgeous locations and the chilling story might be enough to overlook it. I think it is a missed opportunity.

The Medium is a pretty game. Be it in the gruesome spirit realm covered by skin and grotesque tentacles or the unsettling forest and its eerie god rays. It was nice to play something new that has been developed for new and more powerful hardware. Every location shines on the Xbox Series X thanks to some fantastic visual work and its unique art style. Lighting plays a huge role in the game’s visual aesthetic too and brings the world to life.

Of course, there are also times when the game is rendering both realms at once and it holds up pretty well on the console. However, it is far from perfect. The Medium is covered in visual glitched and performance issues too. Frame rate drops are often lurking in the dark and appear when moving about the game. Often it would stutter while exploring or loading.

There are also some nasty glitches that appear on hair and fast-moving objects. These appear as white, blue, black and purple blocks and don’t go away. There’s one crucial moment in the story which was brought down by this visual glitch which appeared throughout a character’s model. However, none of this is game-breaking at least. Just a pity they were there in the first place. 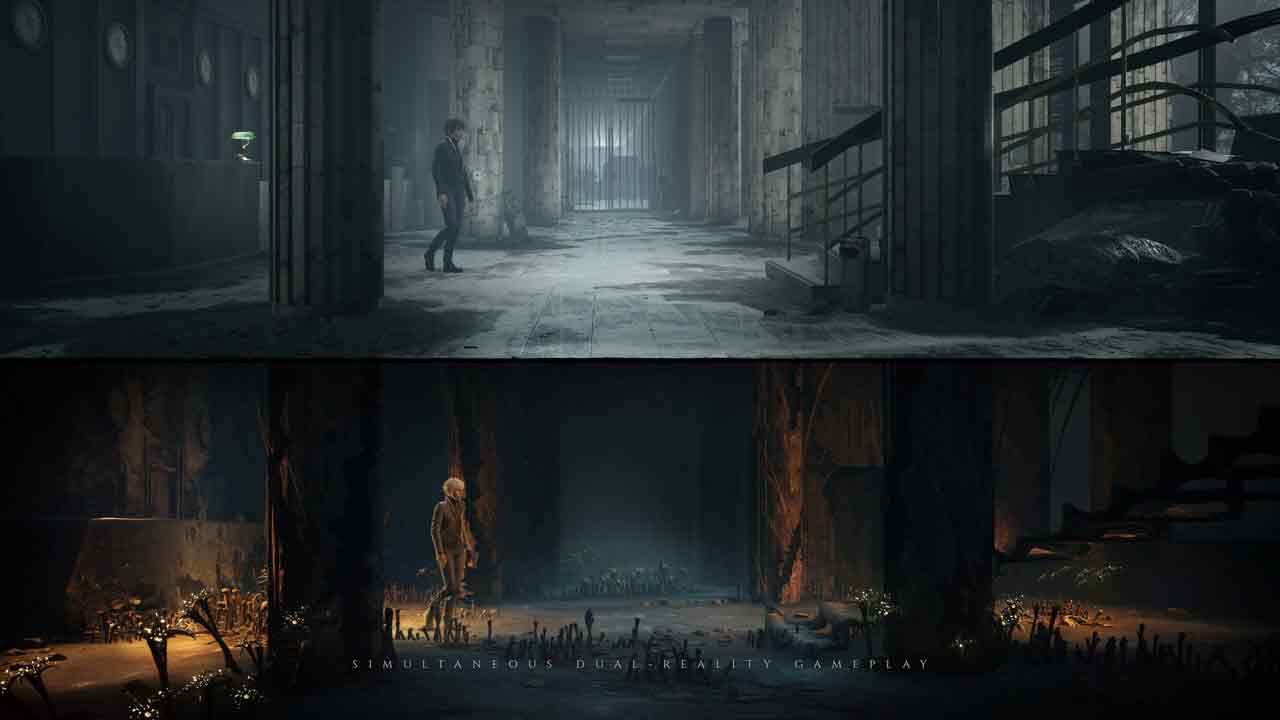 The Medium is a good game that lasts just around 10 hours. After completing it I so wanted it to be more than it is. Its story and uncomfortable themes its touches on does a great job carrying the repetitive gameplay to the end. I so wanted it to be more. I wanted more challenging puzzles and gameplay elements to expand the “dual reality” mechanics. However, it never happened. I hope The Bloober Team use this as a start to something new. The game’s general premise is an interesting one and can really be expanded on. Unfortunately, it gives me Order 1886 vibes – Just playing it too safe.