Pokemon Unite has only been out for a few days now but players are complaining about the game’s shameless pay-to-win microtransactions. The new MOBA game, while being free-to-play, allows players to buy stat-boosting items with real money. You can purchase them with in-game currency but players claim the grind to earn these credits takes too long and it is often a pain.

Pokemon Unite is split into three factors when it comes to currency. You have your Aeos Gems which can only be obtained with real money. Aeos Tickets is a currency earned through in-game events. Lastly, we have Aeos Coins which is the main currency in the game. This currency is capped at 2,100 per week from battles but you can earn it through other means.

While Pokemon Unite does offer a range of ways to earn currency, the main issue players are having are the stat-boosting items available on sale through the Aeos Emporium. You can purchase these items using Aeos Coins and Aeos Tickets and the real money Aeos Gems if you don’t have enough of them. So those who wish to simply purchase these stat-boosting items with real money can do so.

Pokemon Unite also relies on things called Pokemon Licenses. This means players need to pay to unlock new Pokemon to have in their roster. However, Nintendo has capped the amount of Aeos Coins you can earn so purchasing these new Pokemon can get pricey due to the reliance on in-game currency.

Players have calculated that unlocking some of the new Pokemon to use in Pokemon Unite could take as long as five weeks to grind for. Gengar costs 10,000 Aeos Coins. Players can earn 2,100 coins per week by playing matches and a few handfuls through quests. However, you need to focus on unlocking one Pokemon at a time.

You can, of course, purchase everything by taking out a credit card. Pokemon Unite does offer a range of in-game purchases that sees players exchange real money for Aeos Gems. The cheapest package is $1 for 60 Gems but the new Pokemon costs between 460-575 Aeos Gems. This means you’ll need to buy at least an $8 bundle to afford one. 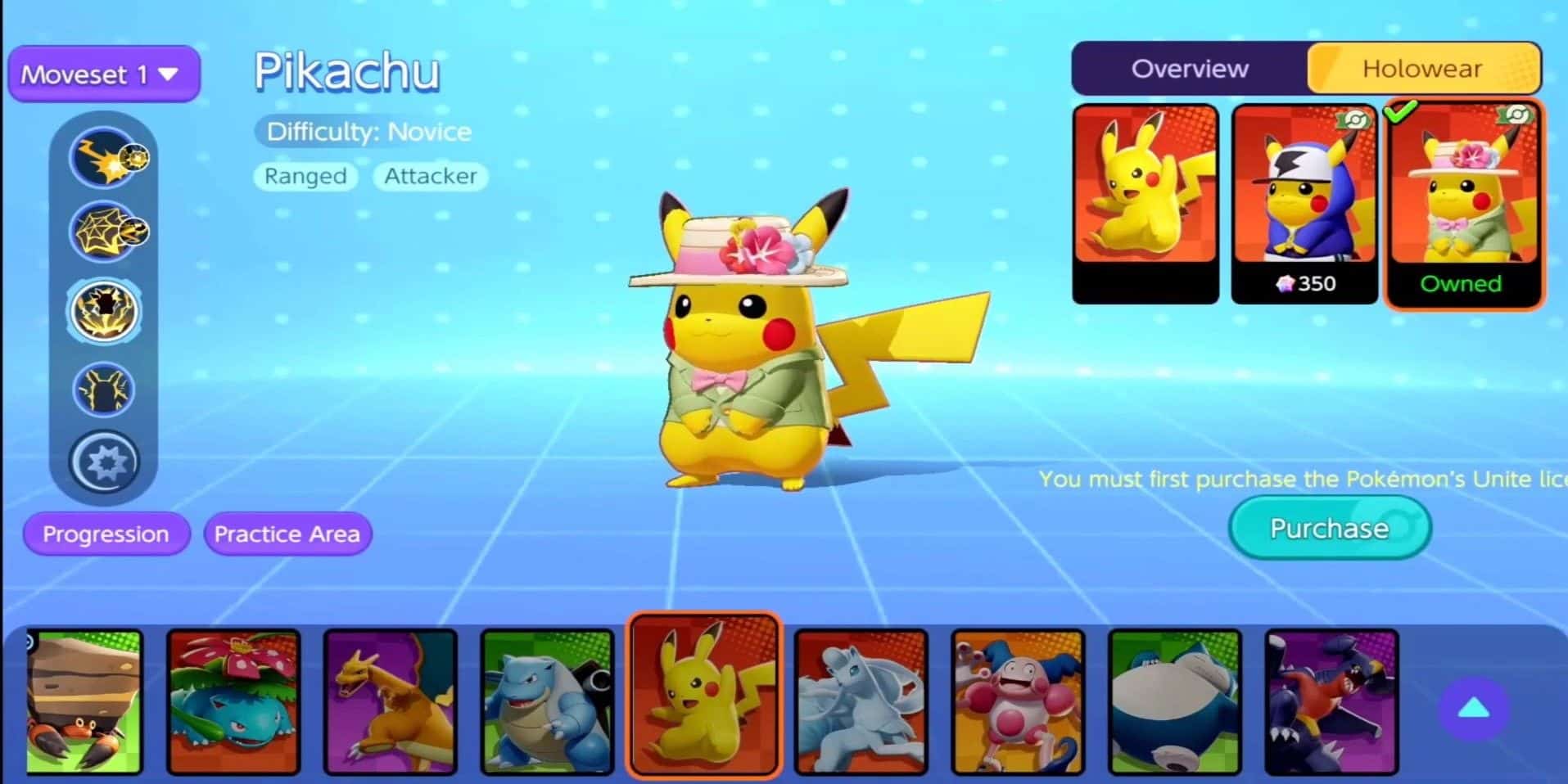 Nintendo does offer a double-up once-off purchase for each bundle. This is an incentive to try and get players hooked into purchasing currency with real money and latching them into the game.

One strange move Nintendo decided to make with the Pokemon Unite microtransactions is to lock all cosmetics behind currency that you cannot buy with real money. Clothing and other visual changes can only be purchased using Holowear Tickets. You would think it would be the other way around.

Even with the Pokemon Unite microtransactions locking new Pokemon behind credit card purchases or monthly grinds, the stat-boosting items are the big issue here. These items boost stats and offer unique perks for your Pokemon. However, this feeds into the game’s 3-step currency. As the community progresses and earns more currency and buys new stat-boosting items, players will need to keep up with the community in order to feel on the same level as the rest.

While the Pokemon Unite microtransactions might come across as shameless, they actually match the Eastern-developed MOBA games including Arena of Valor. Still, it is quite a shame to see the Pokemon brand reduced to this sort of experience even with Tencent behind the game. We doubt the game will get any sort of balancing changes so you are either going to have to give in to the predatory purchases or just not play the game.

Gaming | Mobile | The Pokemon Unite Microtransactions Are Predatory and Shameless